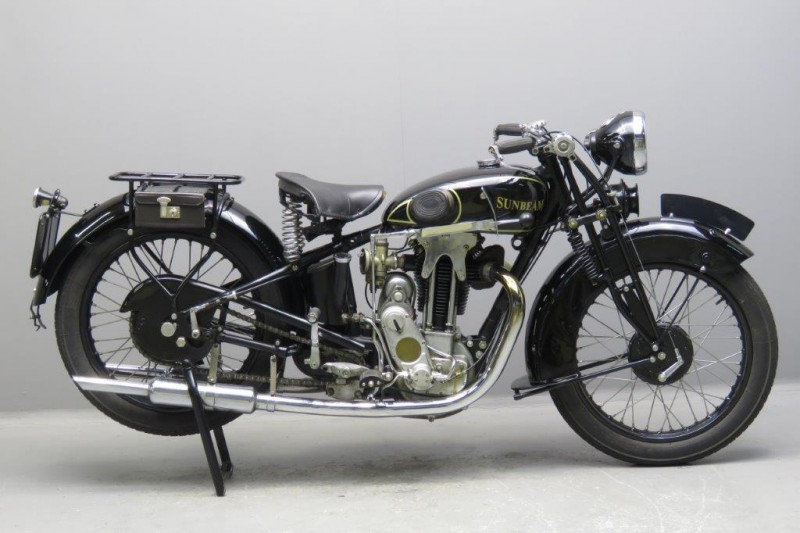 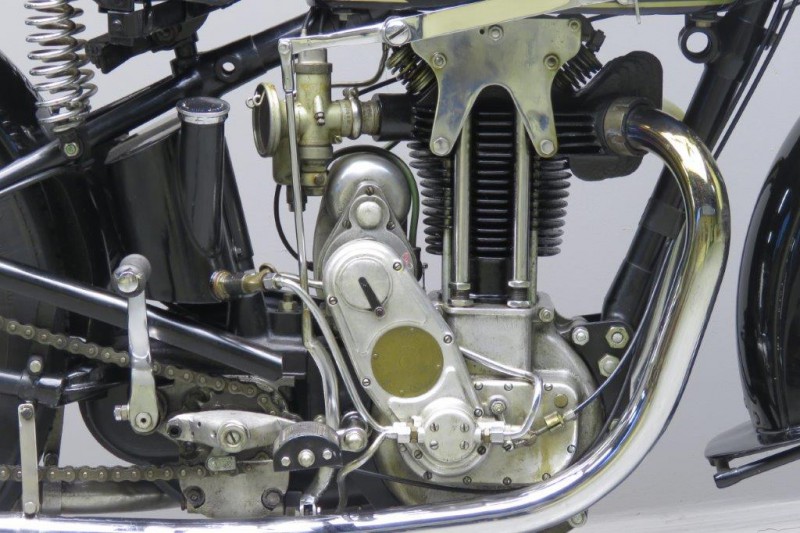 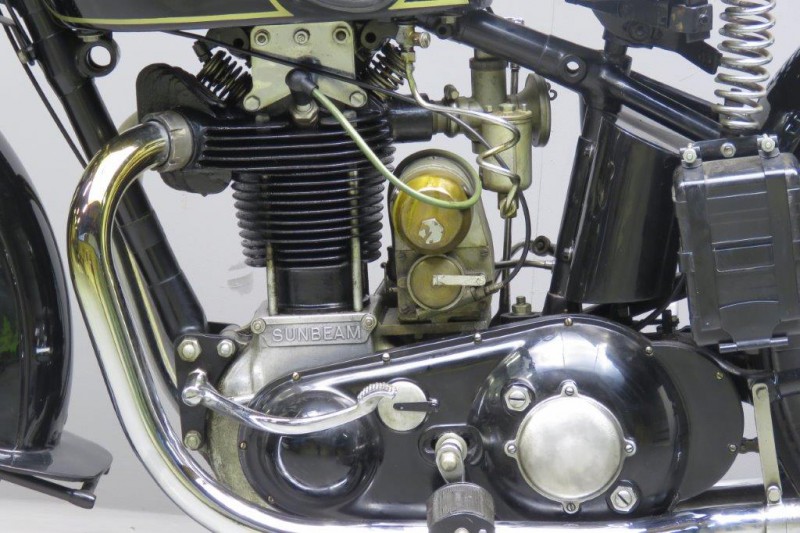 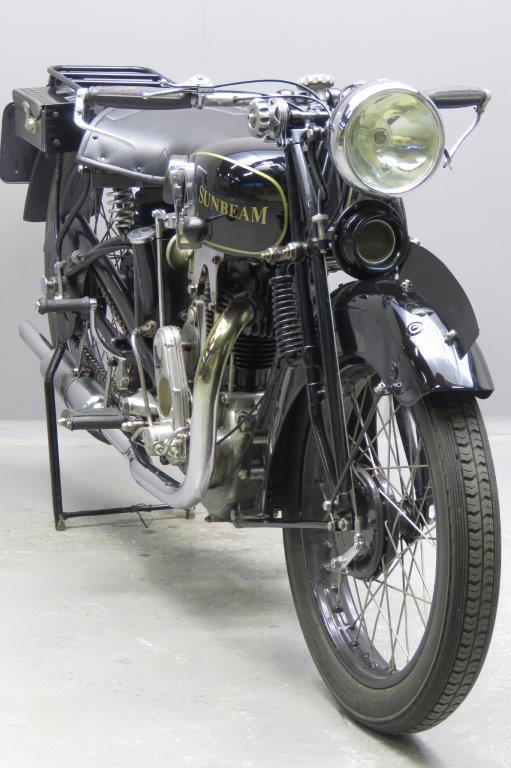 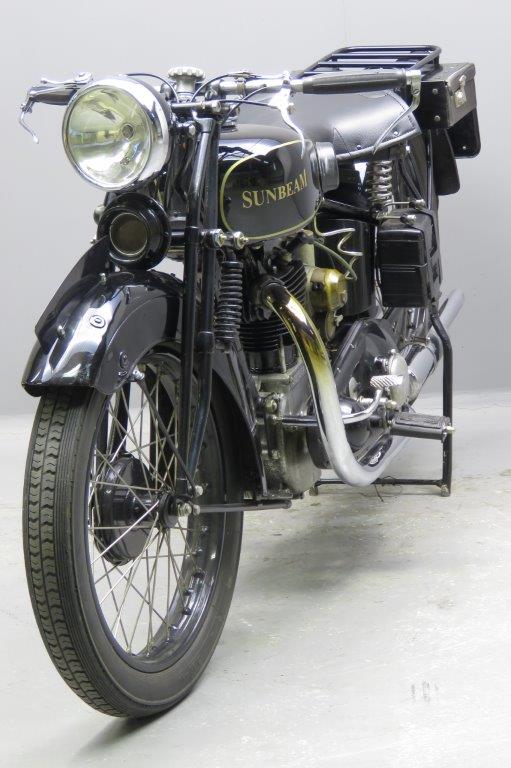 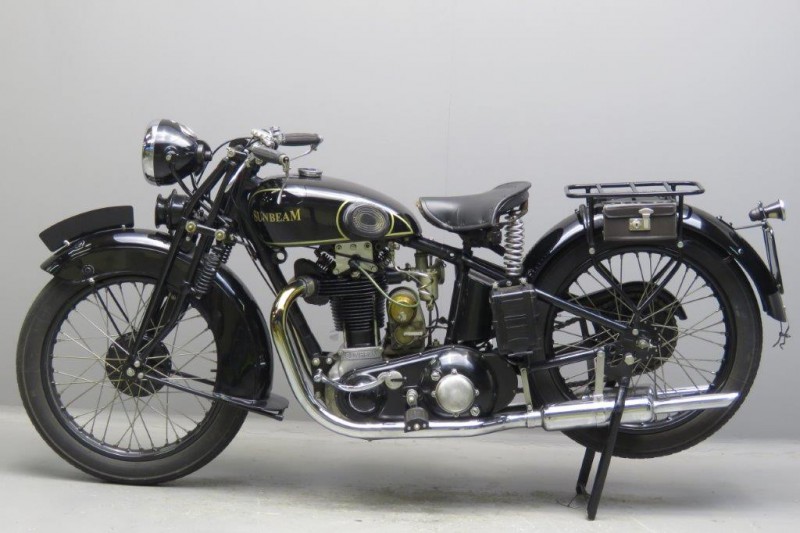 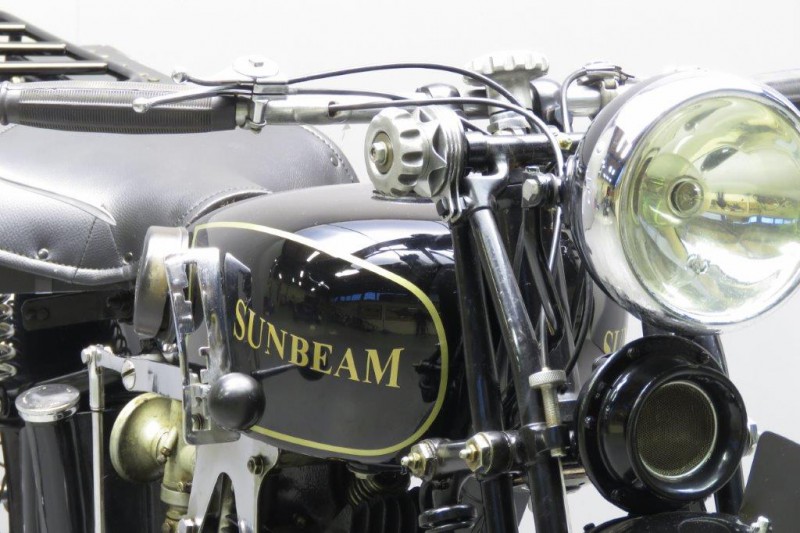 Sunbeam had begun experimenting with overhead valves on their factory racers in the early 1920s, and these duly appeared on production models in 1924.
The new 500 roadster was known as the Model 9 while its race bike counterpart, which could top 90mph, was accordingly designated the Model 90.
The John Greenwood design was advanced for its day, with a specification that included a crankshaft supported by three ball-bearings, dry-sump lubrication and primary drive enclosed in a cast alloy chain case.
The 80×98 mm Model 9stayed in production till 1939.
From 1932 on a 600 cc version  ( Model 9A) was marketed , with engine dimensions of 88×98 mm, giving 599 cc.
Marque historian Robert Cordon Champ reckoned  “ the Model 9 was the best mannered  Sunbeam of  all, the epitome of the tall vintage cylinder motor.”
For model year 1929 the appearance of Sunbeam machines changed completely because the firm had finally decided to adopt  a saddle tank.
Apart from that  an entirely new frame was designed.
Further refinements were enclosed pushrods and  valve gear on the OHV units.
The clutch was also modernised, it got six springs instead of the single central spring that was used in previous years.
Because of this 1929 update there were hardly any changes in specifications for 1930.
This practical Sports machine has been restored some time ago and is in excellent shape throughout.