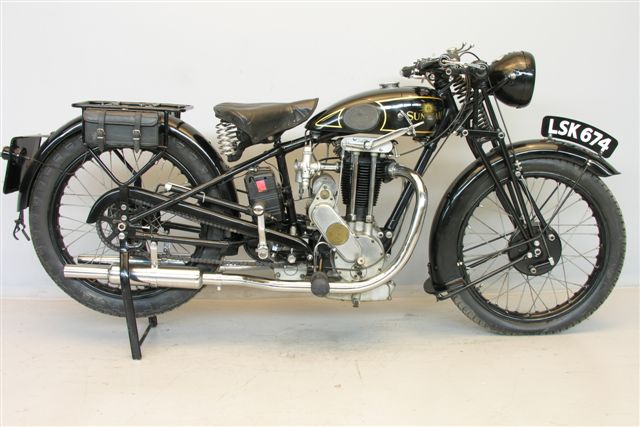 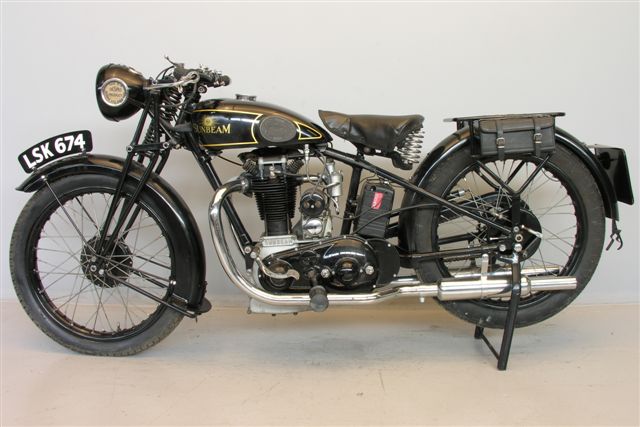 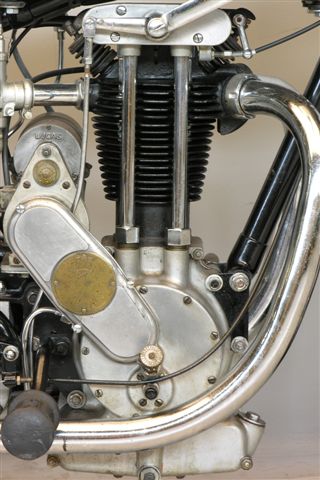 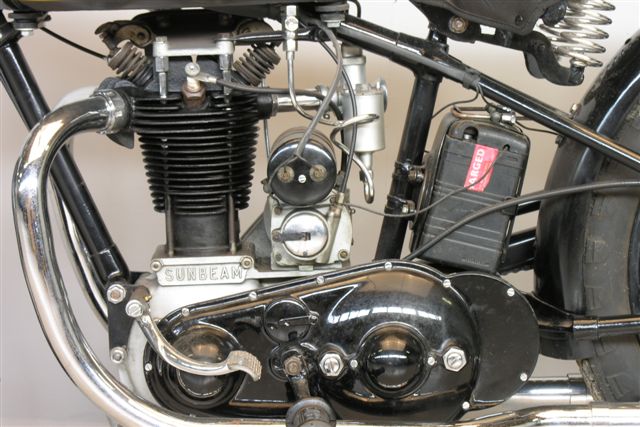 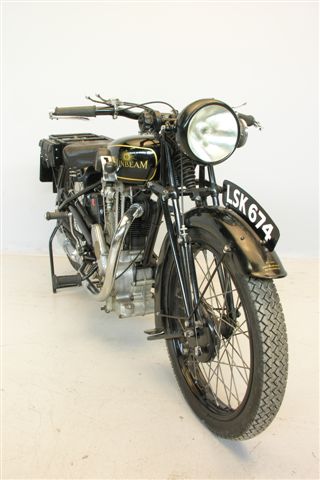 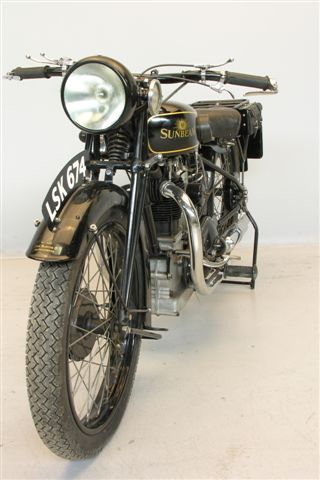 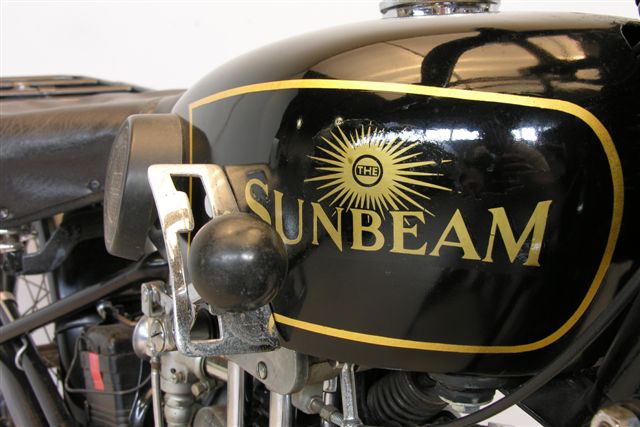 The first OHV production  Sunbeams were listed as the model 8 (350cc) and 9 (500cc) in 1924.
The model 8 with bore/stroke dimensions of 70×90 mm was an excellent sporty  tourer, but stayed  somewhat in the shadow of its  more glamorous big brother.
The model 8 stayed in production  till 1931: that’s to say, in 1933  it appeared again in the catalogue  – virtually unchanged- and stayed till 1939.
In 1931 and 1932 the 350 cc class was catered for by a new design. Bob Cordon Champ (“The Sunbeam Motorcycle”) remarks about this model: “ (…)
This was the completely new 344 cc Model 10, an overhead valve single.
Designed by Stephenson and Greenwood, this attempt to produce a sunbeam at a reasonable price and to appeal to riders who were not suited by the rather restricted 1930 range, was a creditable one.
The engine had its oil contained in a built-in “sump” cast in the crankcase, sharing this distinction with the 1925 overhead camshaft racers. The unit had a tall appearance because of this sump and the relatively longstroke dimensions of 74×80 – though this was  “square” compared to the later two-fifties.
Behind the engine, not in unit, was a conventional three speed gearbox, recognisably Sunbeam in design, the change-speed lever for which was bolted on to the engine’s rocker box casting. (…) Despite disapproving comments of some traditionalists, the Model 10 turned out to be a reliable lightweight with good traffic manners and astonishingly good petrol consumption, often of well over 100 mpg.”
This charming post-vintage Sunbeam has full electric lighting and has been restored with care.