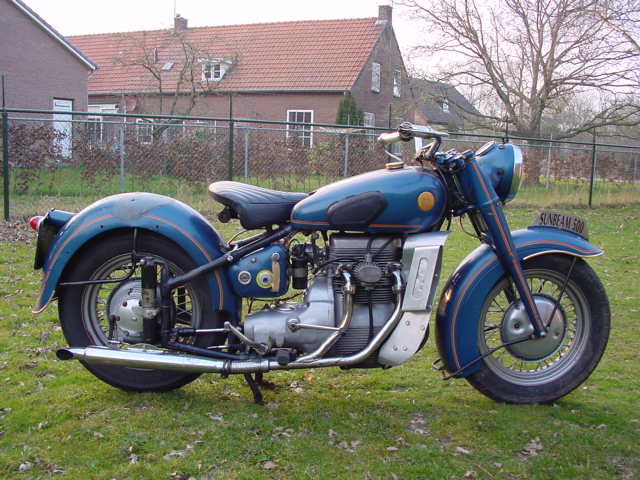 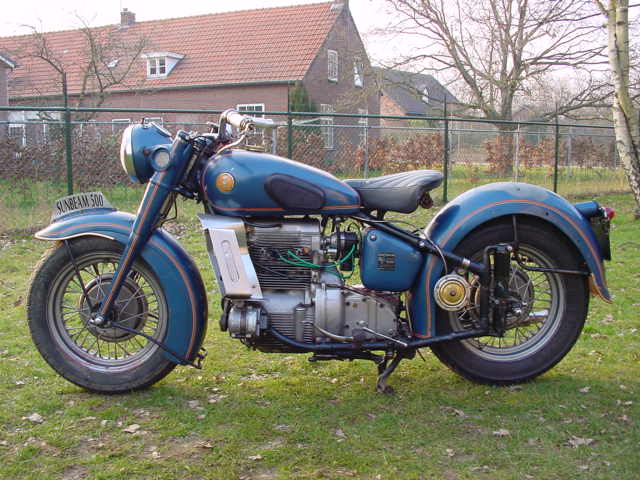 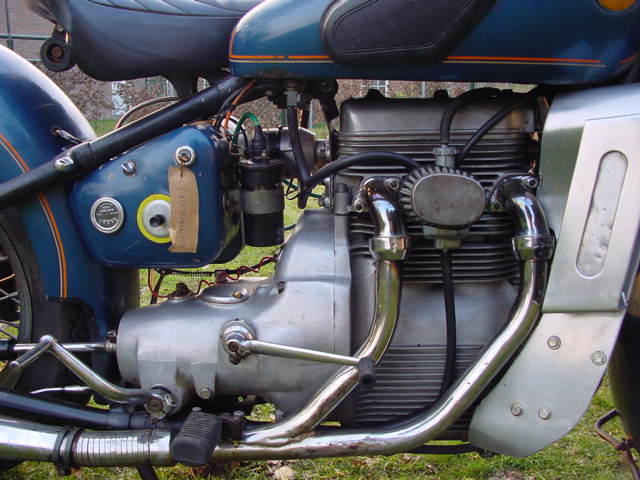 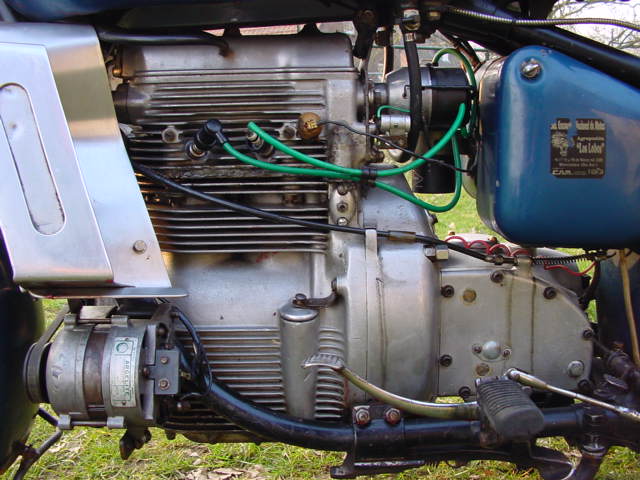 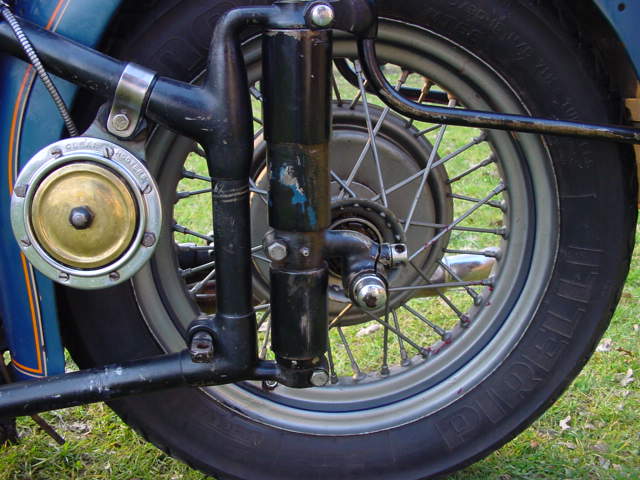 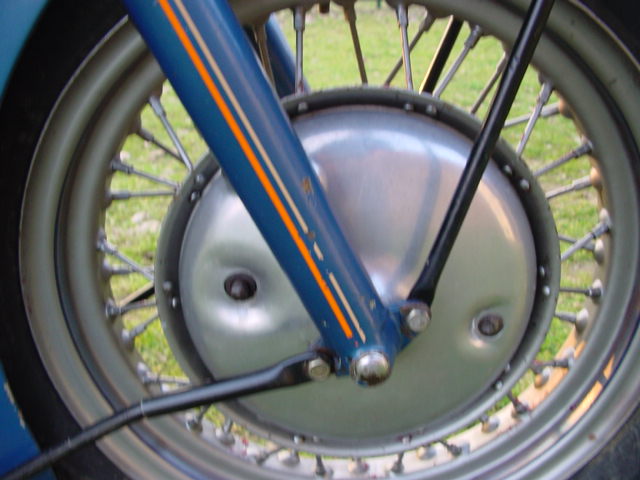 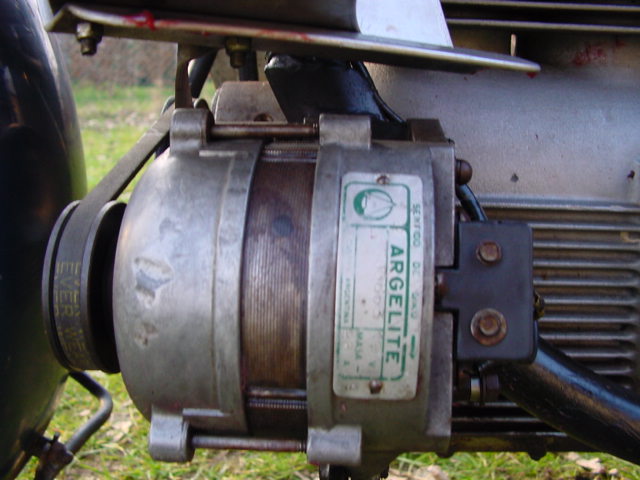 BSA had acquired the Sunbeam trade name in 1943, mainly to complement their own cycle range with the distinguished Sunbeam name.
In the motorcycle field, the plan was taken up to market a luxury machine under the Sunbeam trade name, a machine that would have to embody as many features as possible of  the BMW R 75:   BSA had been impressed by the sophistication of the design when they had studied a captured Wehrmacht machine.
Frame, tank, oversized tyres, telescopic front forks, cantilever saddle, even the inverted handlebar levers of the S7 were inspired by the BMW example.
For the engine, designer Erling Poppe  didn’t opt for a flat twin but instead he got his inspiration from an early thirties BSA prototype inline- twin.
Production started in 1947 and ended some 10 years later.
The S 7 was a luxurious touring machine and was never sold in great numbers.
This example – fitted with non-standard oil cooler and dynamo .