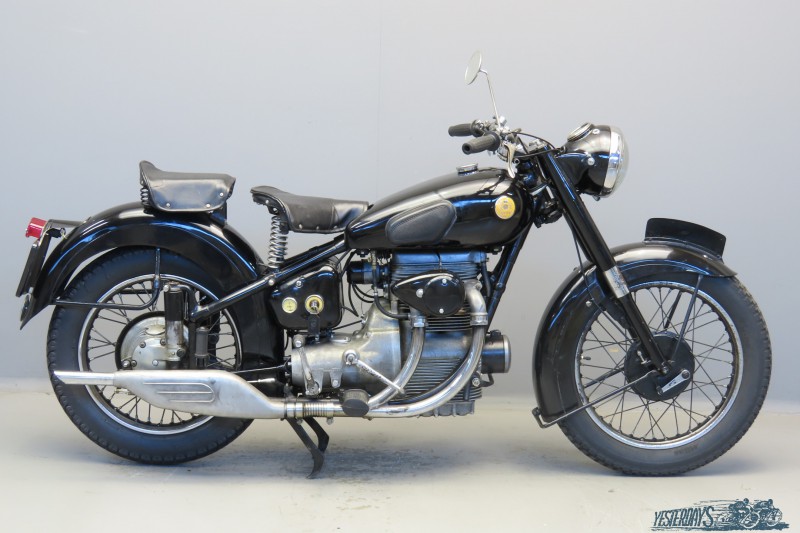 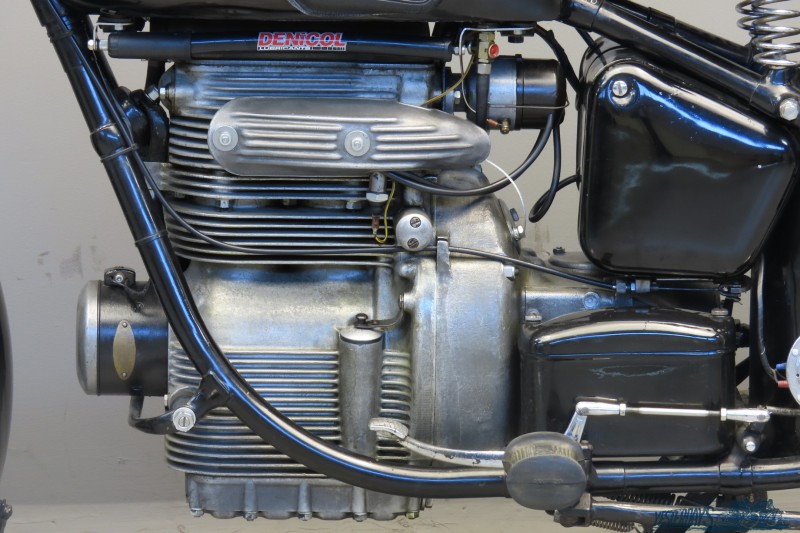 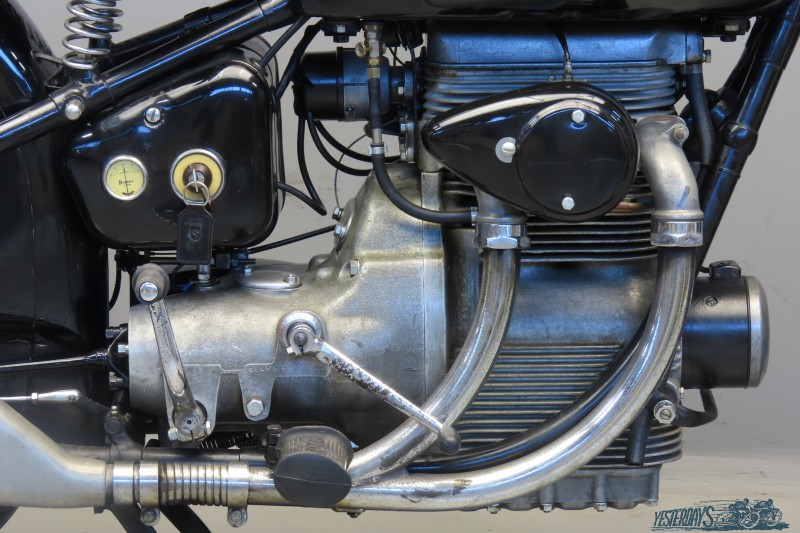 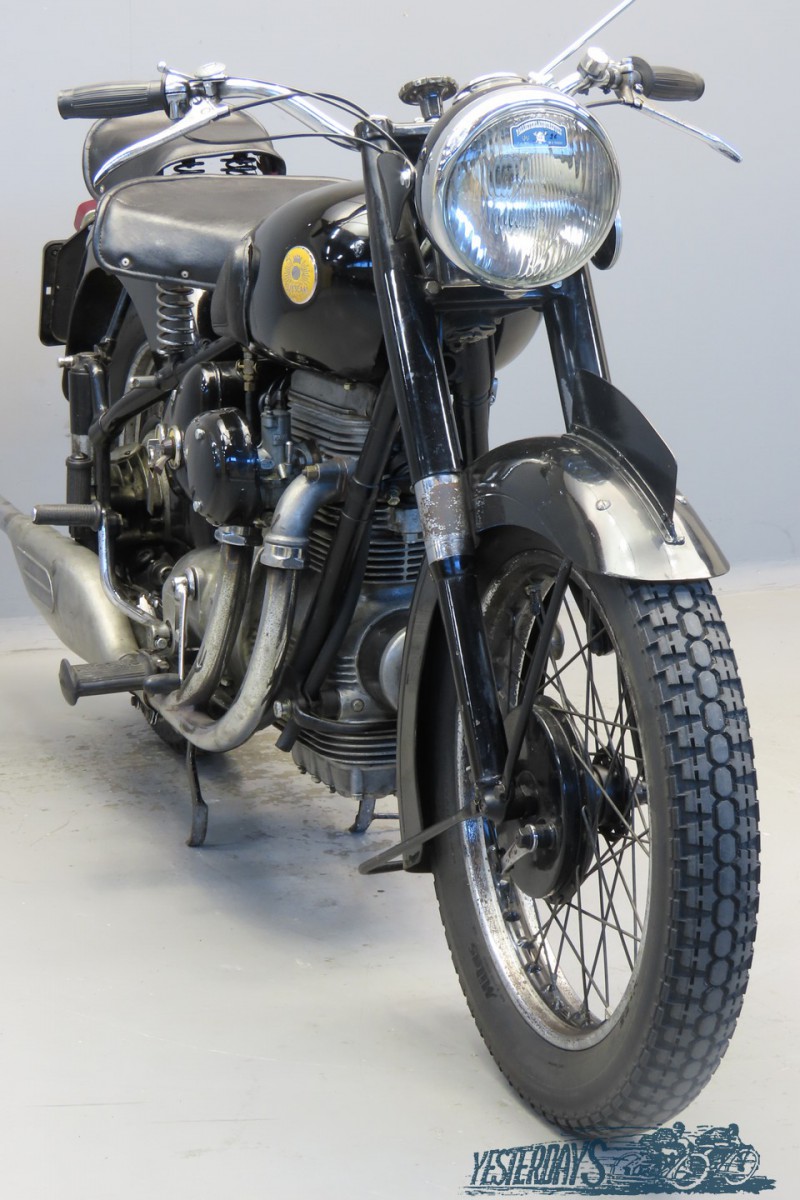 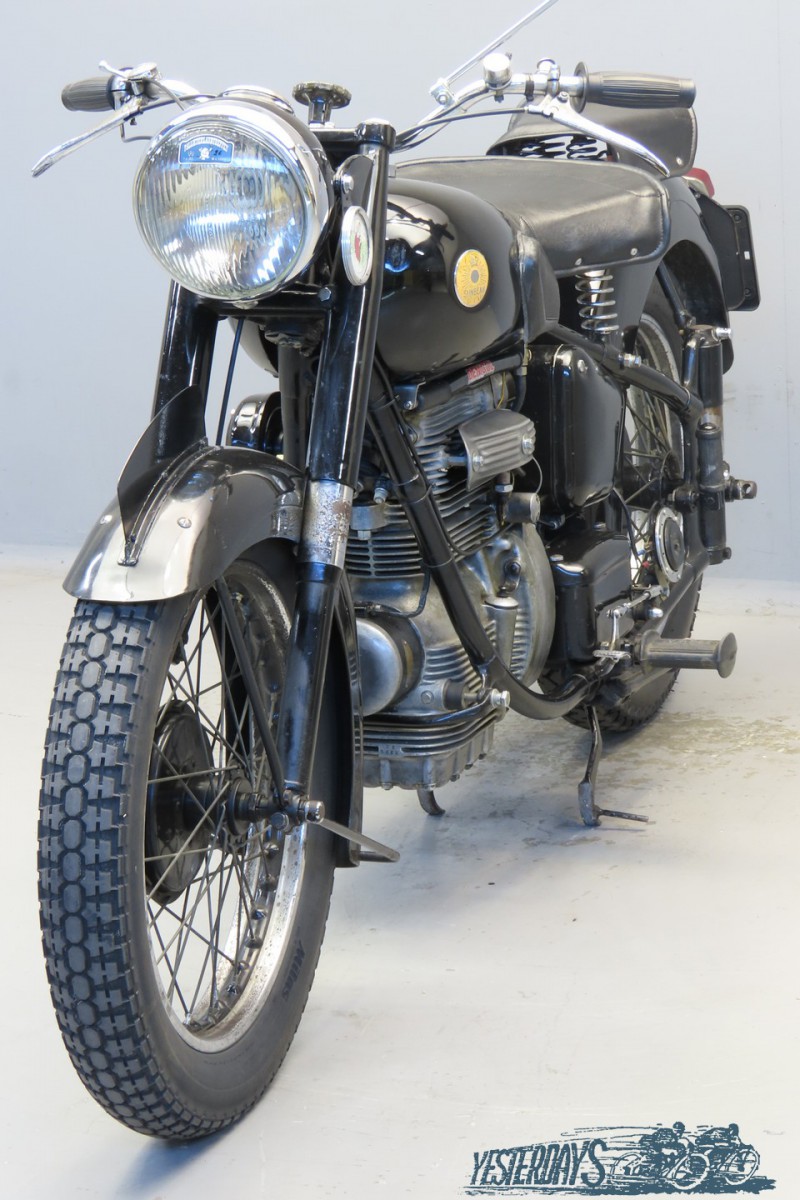 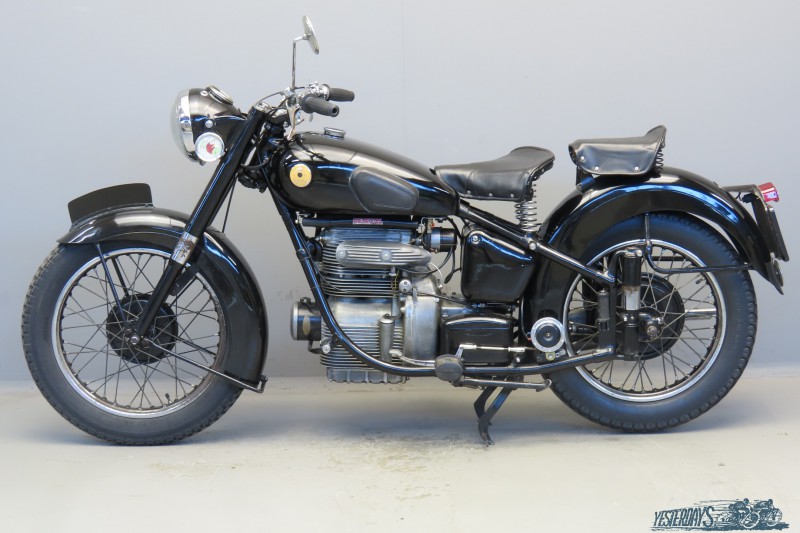 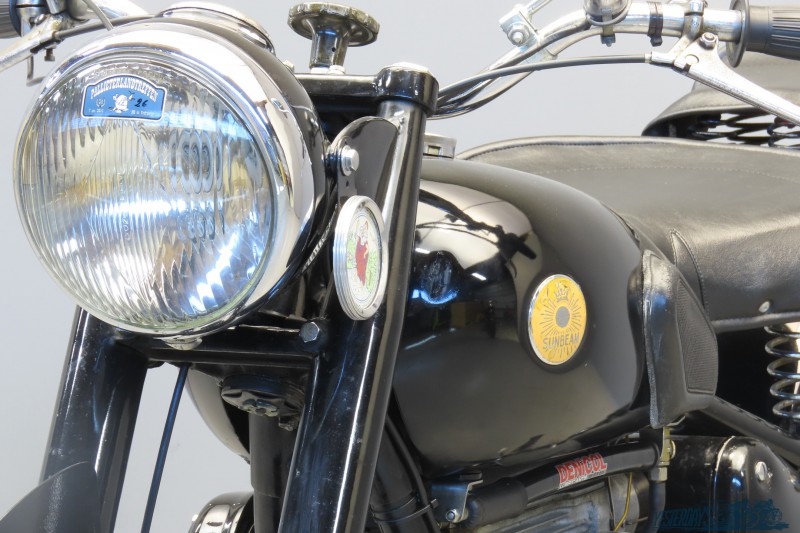 BSA had acquired the Sunbeam trade name from AMC in 1943, mainly to complement their own cycle range with the distinguished Sunbeam name. The plan was taken up to market a luxury touring machine under the Sunbeam trade name, a machine that would have to embody as many features as possible of the WW2 BMW R75. BSA had been impressed by the sophistication of that design. Frame, tank, oversized tyres, telescopic front forks, cantilever saddle, even the inverted handlebar levers of the S7 were inspired by the BMW example. For the engine designer Erling Poppe didn’t opt for a flat twin but instead he got his inspiration from a British prototype. It was a longitudinally mounted inline vertical OHC 487cc twin based on an experimental 1932 BSA design (the Line-Ahead-Twin – LAT) with coil ignition and wet sump lubrication. The clutch housing and four-speed gearbox bolted directly to the back of the engine, which was rubber-mounted in the duplex loop frame, an innovation that required a flexible joint in the exhaust system ahead of the silencer. The first S7 version was equipped with balloon tyres, a feature not carried over to the deliberately more conventional and also lighter and cheaper S8, that was introduced in 1949. The front fork and 7″ brake were now standard BSA components and there were numerous other changes made in the interests of rationalisation.
Never as popular as BSA’s more performance orientated models, the gentlemanly S8 remained in production until 1957.
The S8 we present here is an older restoration in good running condition. She comes with sprung pillion seat and is road-registered.