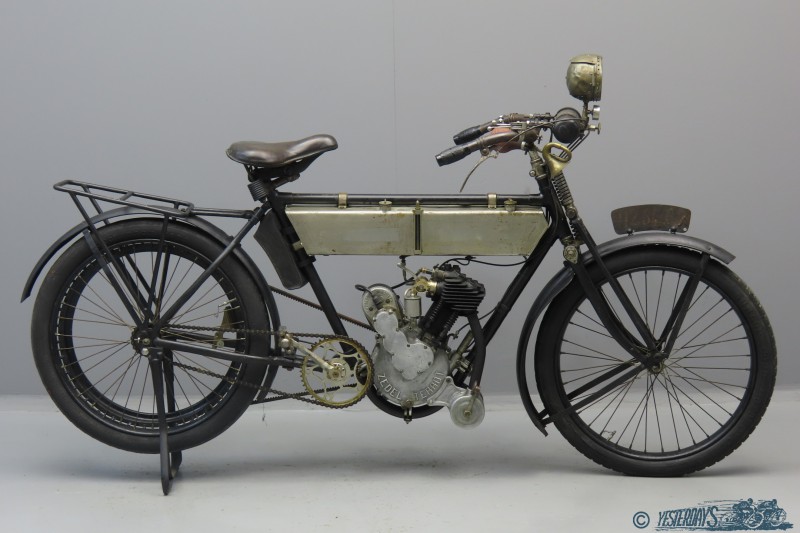 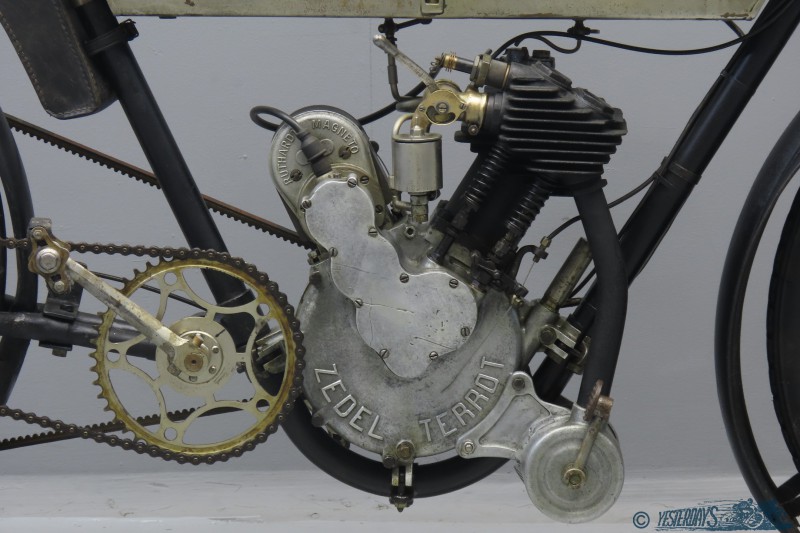 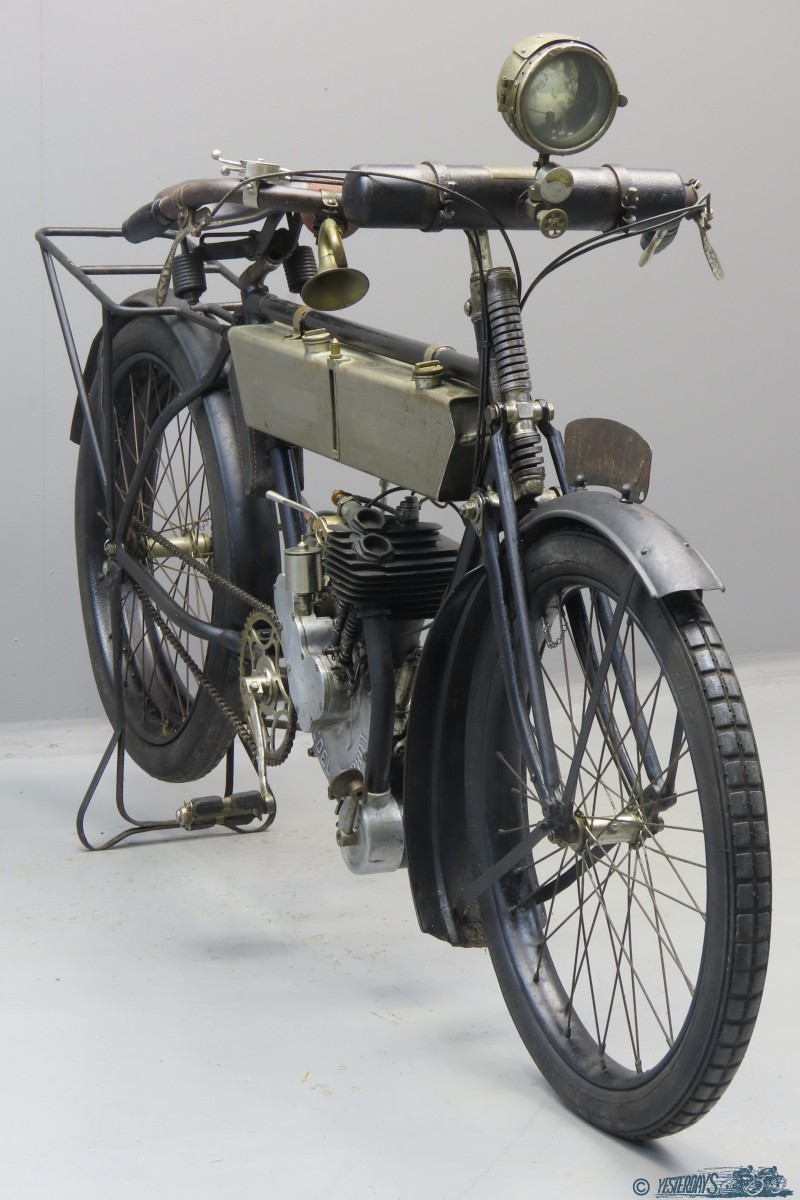 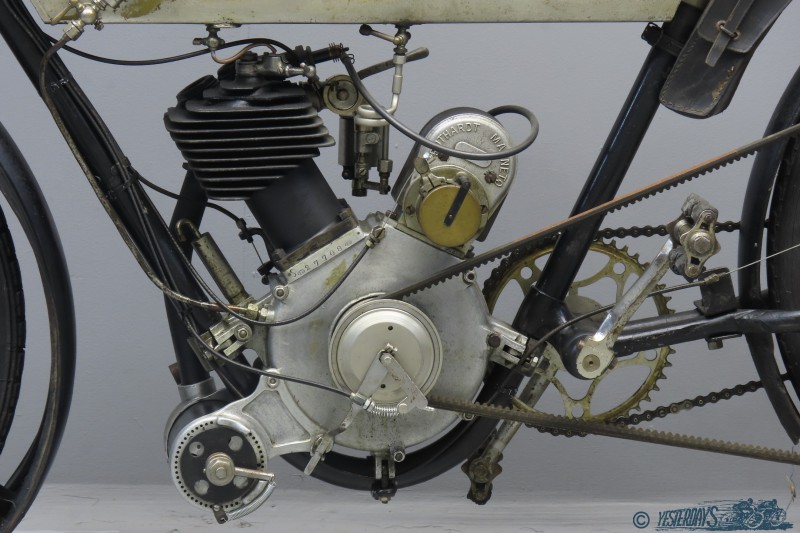 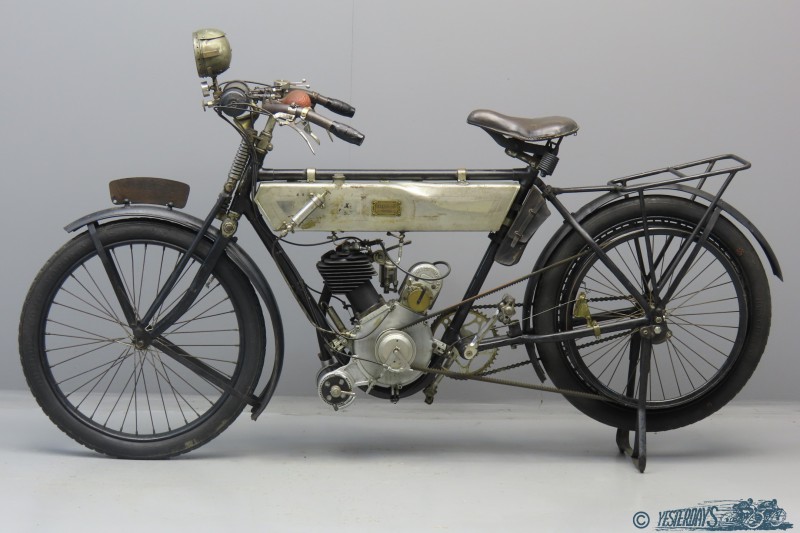 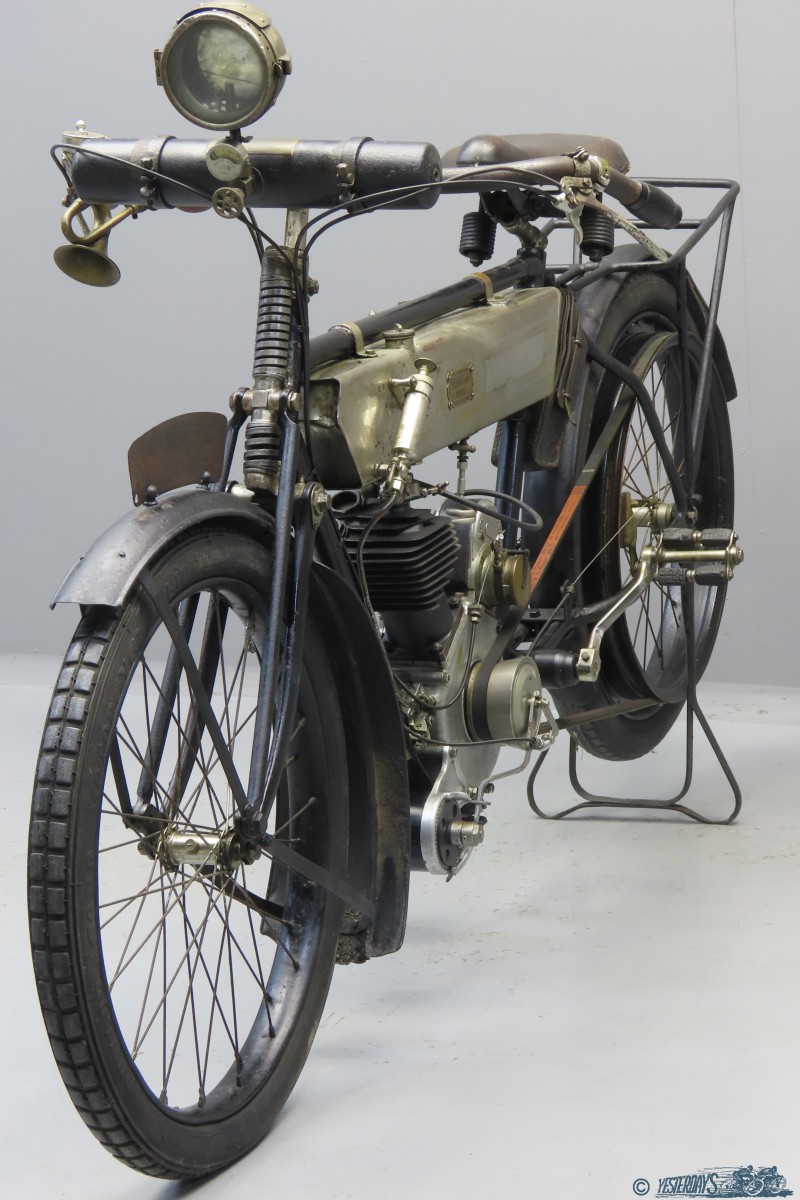 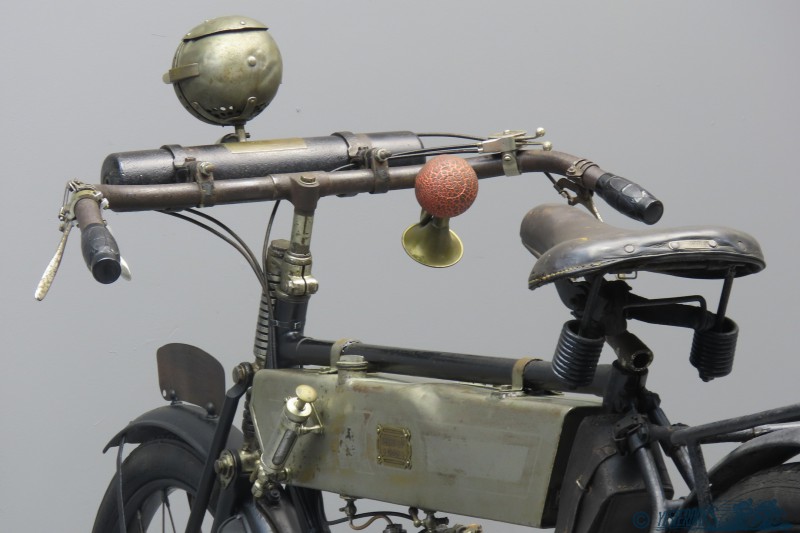 Like many of his cycle industry contemporaries, Charles Terrot turned to powered transport towards the end of the 19th century and by the early 1900s the Dijon factory was making not only bicycles but also motorcycles, quadricycles and voiturettes. Proprietary engines supplied by several manufacturers were used for Terrot’s early motorcycles. From 1903 on Zédel engines were also employed and that make would soon become the preferred engine type. Terrot claimed that Zédel made engines especially for Terrot to their own specifications.
The name “Motorette” was used from around 1907 and the machines were available as No.2 with 2HP (67×75= 264cc) engine or No.3 with 2¾ HP (67×90= 317cc). Subsequently such modernities as variable pulley systems, clutches and rear springing became available as extras. The carburettor was Zedél’s own design and the Motorettes were fitted with 24-inch wheels. The reliability of the sturdy Zédel engines and the quality of workmanship gave the Motorette an excellent reputation.
The machine we offer is in authentic and unrestored condition. The engine turns freely but since the machine has been on display for many years it’s advisable to give her a good check over. The aluminium exhaust damper is fitted with a cut-out and the petrol tank has a fuel lever indicator. The magneto is a Ruthardt. Accessories include a bulb horn and a leather tool bag. Not often seen is the lighting system with acetylene cylinder that is of S.A.M. manufacture, which stands for Societé des Appareils Magondeaux, based in Paris. This charming and well-preserved veteran is pleasant to ride because she’s not high on the wheels and is fitted with a practical engine pulley clutch.