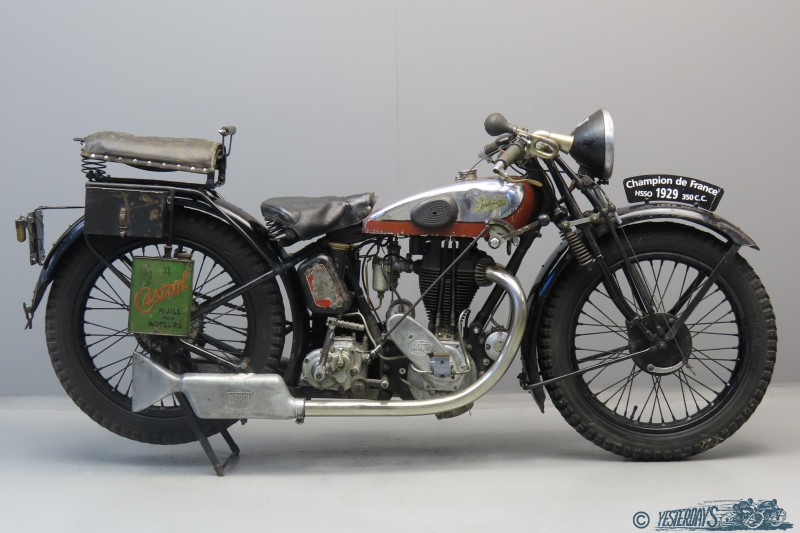 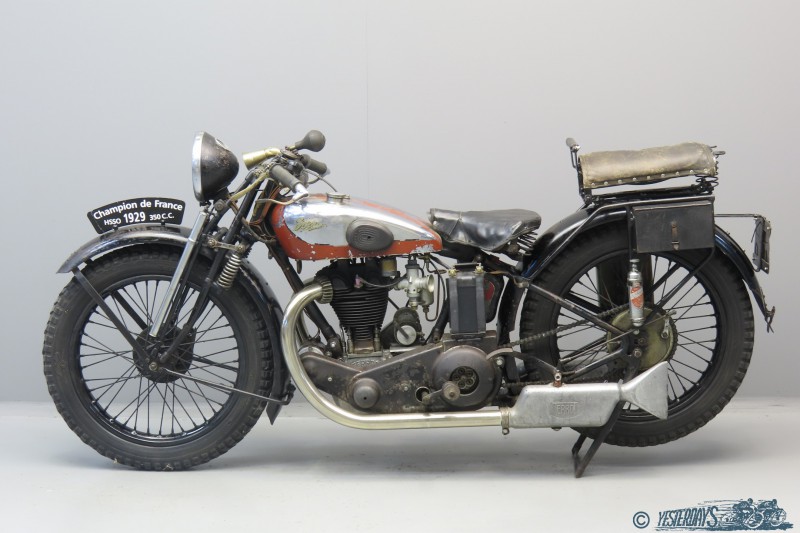 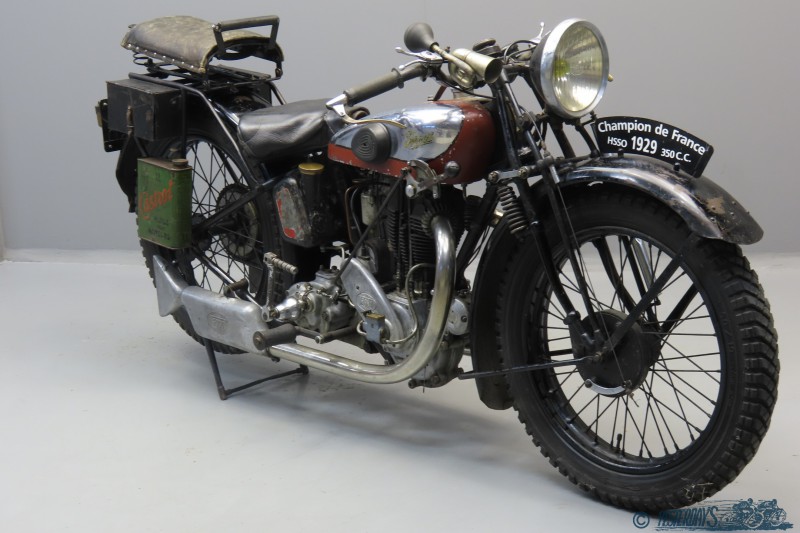 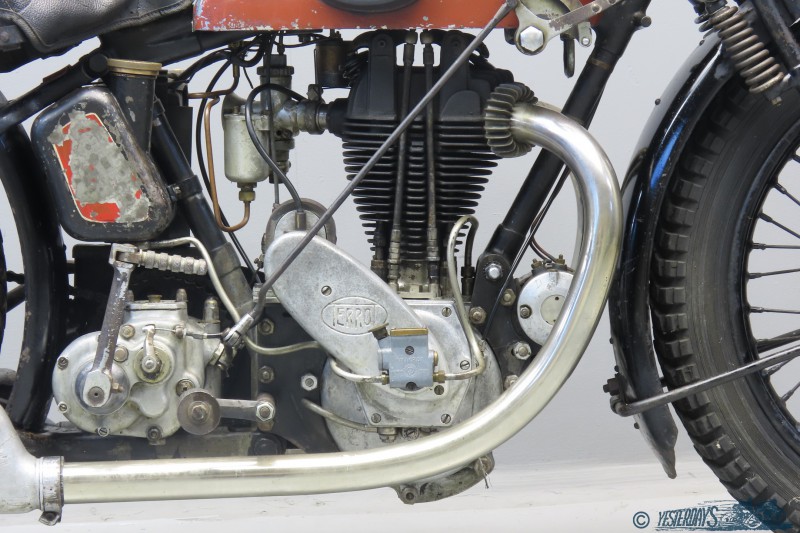 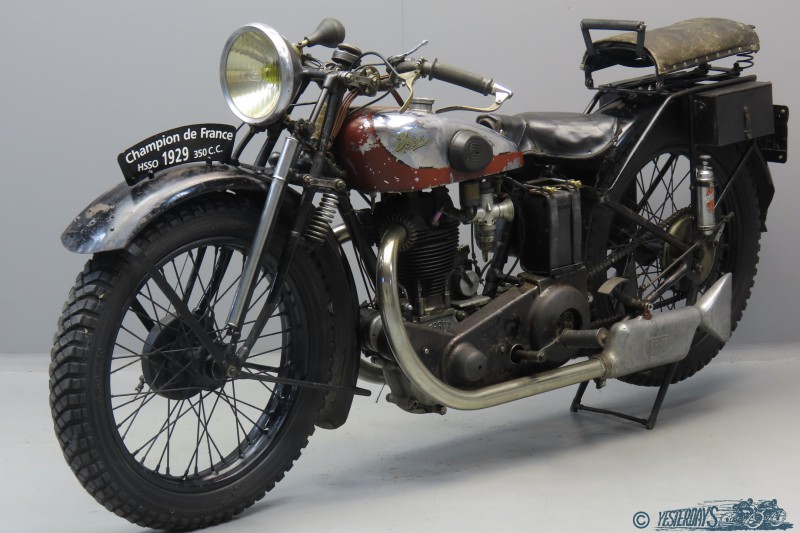 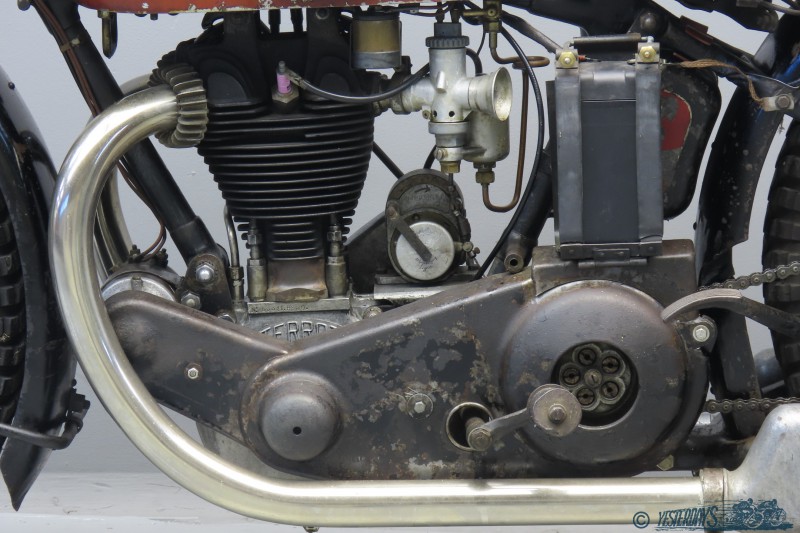 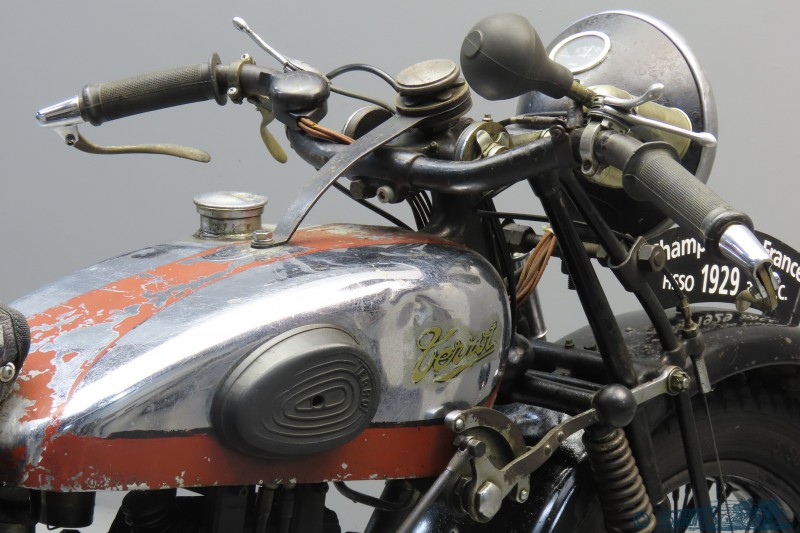 Terrot 1929 HSSO2 “4cv Supersport” 346cc OHV two-port frame # 83821 engine # 63311 HSSO
The first overhead valve Terrots were catalogued in 1924. Initially British JAP engines were used, but in October 1928 the first model with Terrots own OHV engine was presented. This was the HSSO “Champion de France” with 70×90 engine. Pierre Perrotin won many races on a Terrot OHV machine in 1928 and he even won the 1928 French championship race. What Terrot publicity didn’t mention was that he won this championship race not on a Terrot machine, but on an OHC Chater Lea…
Next to the single-port HSSO also a two-port HSSO2 was available. The sporty OHV machine turned out to be fast and reliable and became popular in all sort of long distance events such as Paris-les Pyrénées-Paris. The HSSO2 delivered 15.4hp@5,500rpm and had a compression ratio of 6.4:1. Top speed was almost 115km, weight was relatively light at 110kg.
This HSSO2 has been preserved well and has still its factory-applied finish. She comes complete with full electric lighting, bulb horn, pillion seat, tyre pump and Castrol spare oil carrier. Note the interesting miniature “Le Chimistre” fire extinguisher on the left-hand side rear carrier stay. This sturdy sports OHV has lots of character and comes with current Dutch registration.