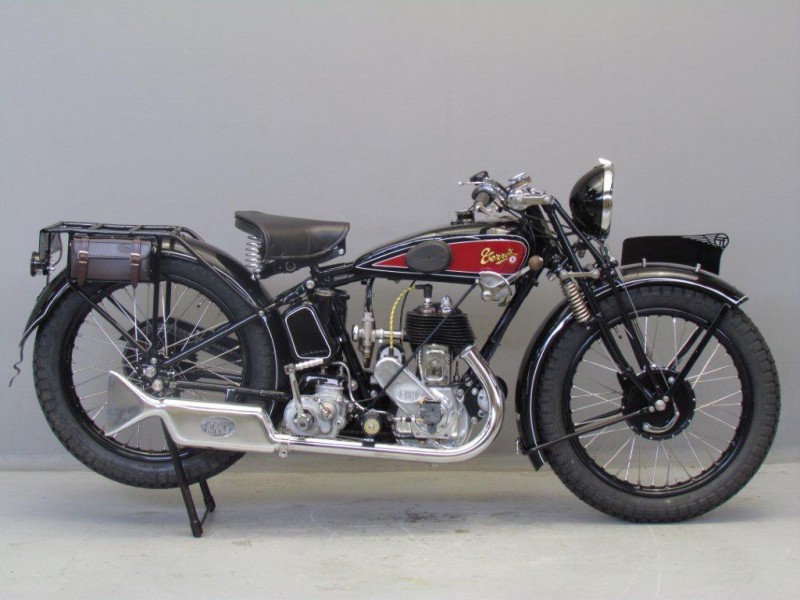 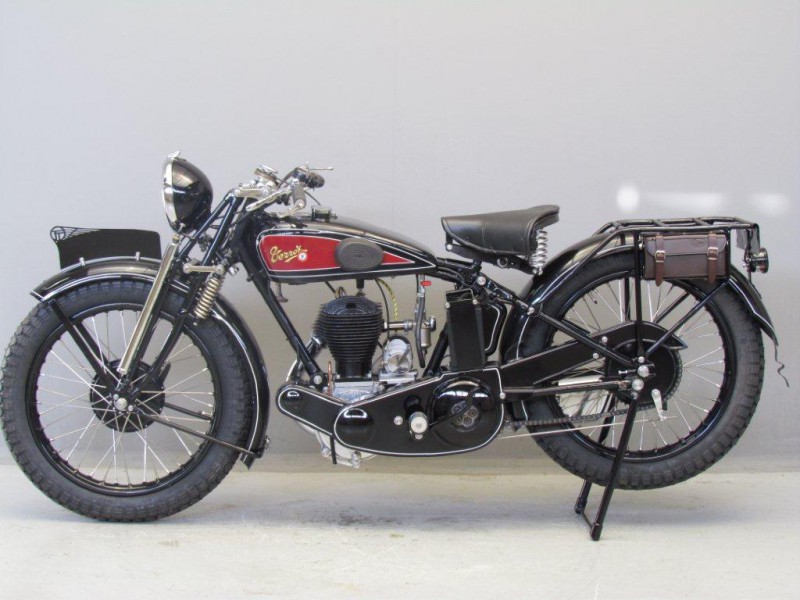 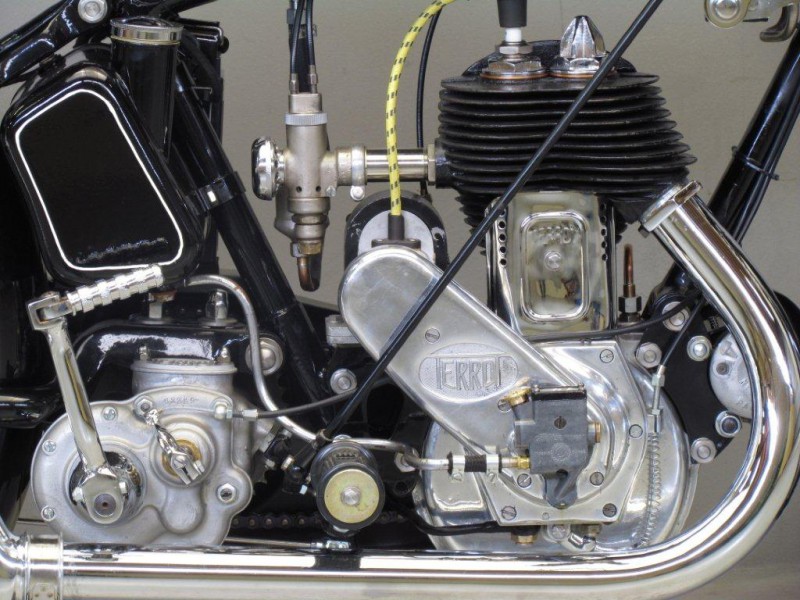 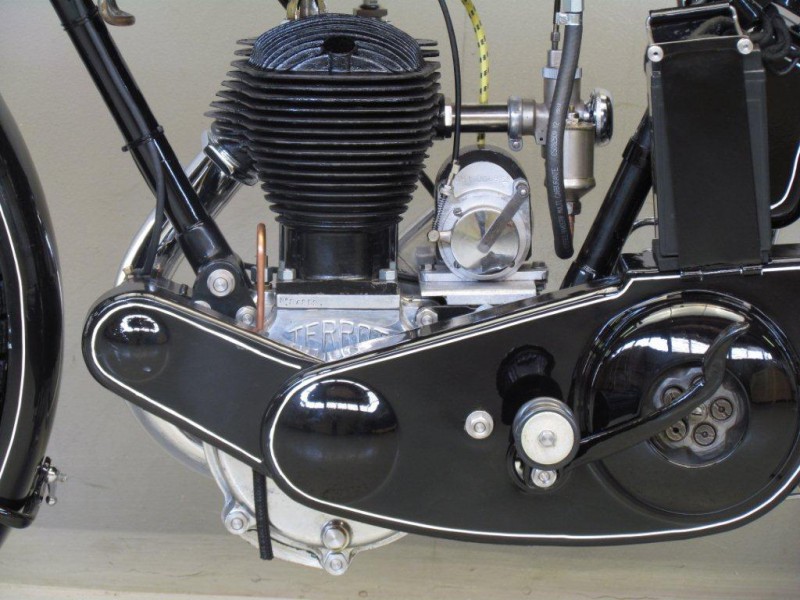 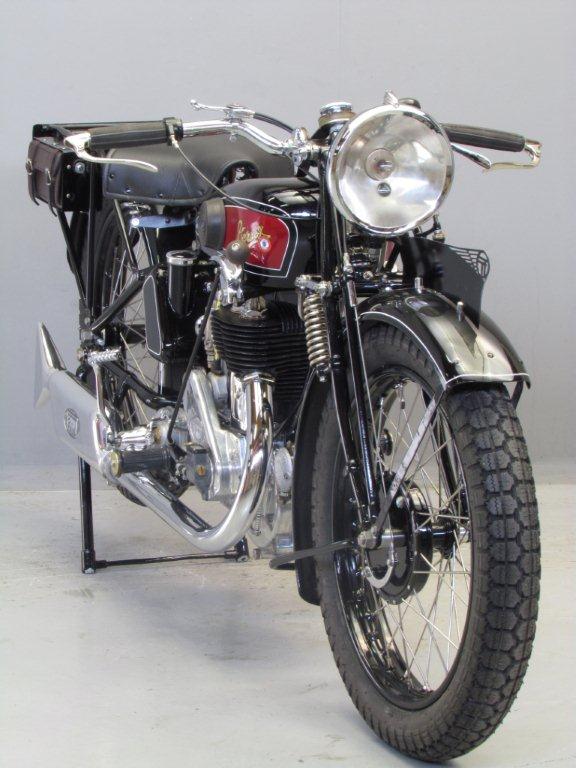 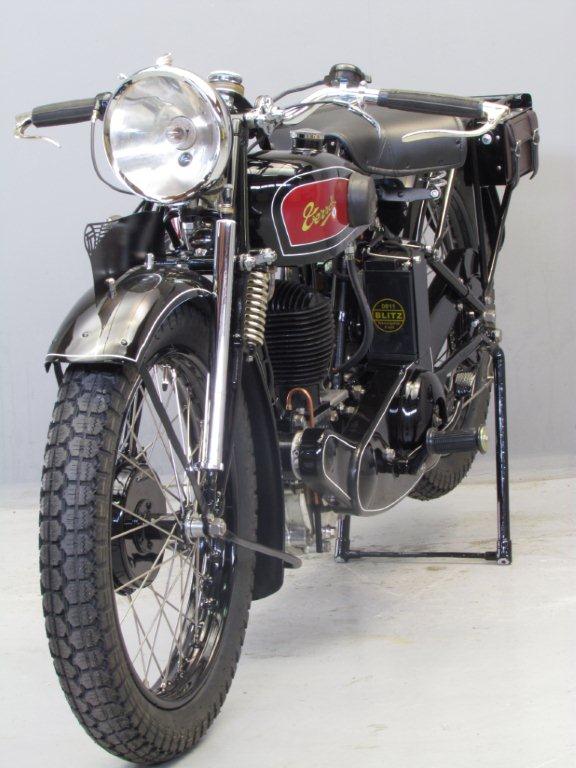 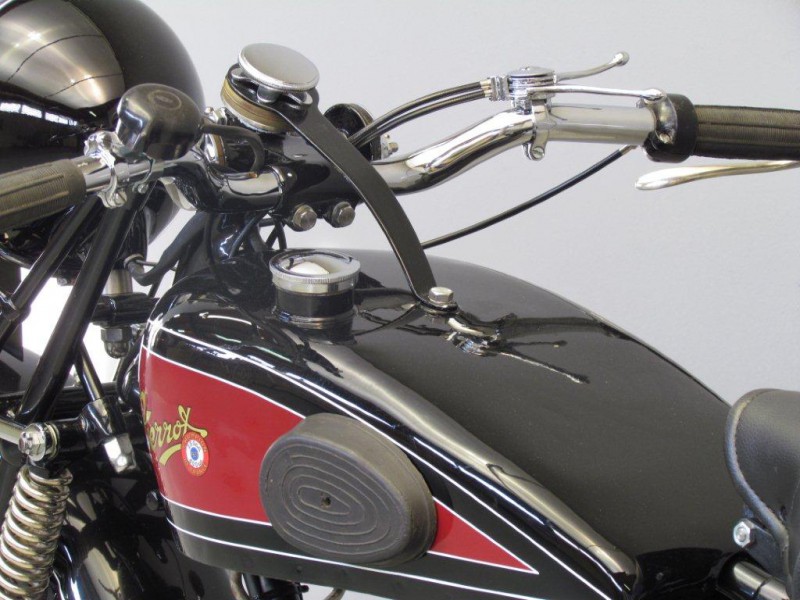 The four stroke machines that Terrot produced in the early twenties had 350 cc JAP engines and archaic horizontal spring front forks.
They were fitted with Terrot’s own 2-speed gearbox and chain-cum-belt transmission.
Two versions were sold of this model G, the Sport and Touriste. By 1925 it was time for a new model, and in the autumns the model G was introduced at the Paris Salon.
The first machines were still equipped with JAP engines and old type forks, but in the middle of November the modernized H appeared, with Terrot’s own engine,  Druid forks  and Pilgrim oil pump.
There were three versions: HT, HTS and  HTC. T stood for Touriste, S for Sport and C for Confort, or luxury.
The T had a standard engine and upswept touring handlebars, the TS a stronger engine and flat handlebars.
The C type had 27×4 wired-on tyres, 140 mm wide mudguards and a steering damper.
The standard versions had 120 mm wide mudguards and 700×80 wired-on tyres.
In 1928 the HTS code was changed to HST.
This 1930 model has been restored  with eye for detail and  comes  complete with  electrical equipment.
A very practical vintage tourer, robust and reliable.