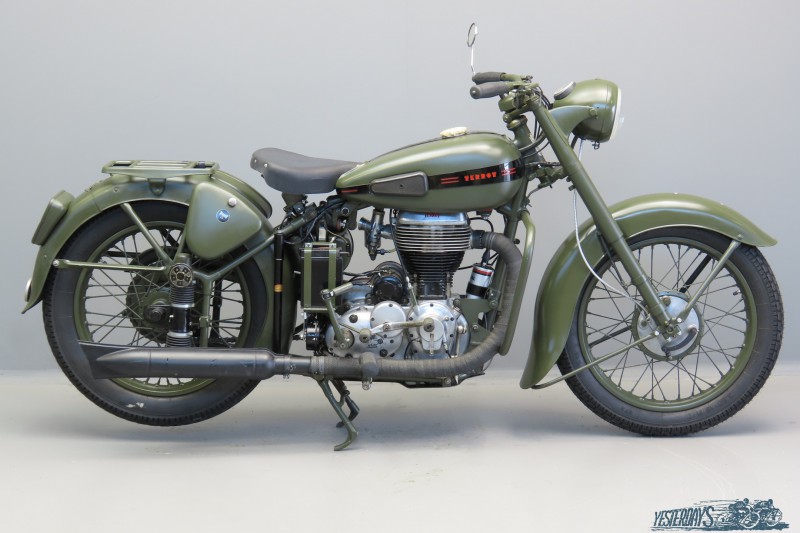 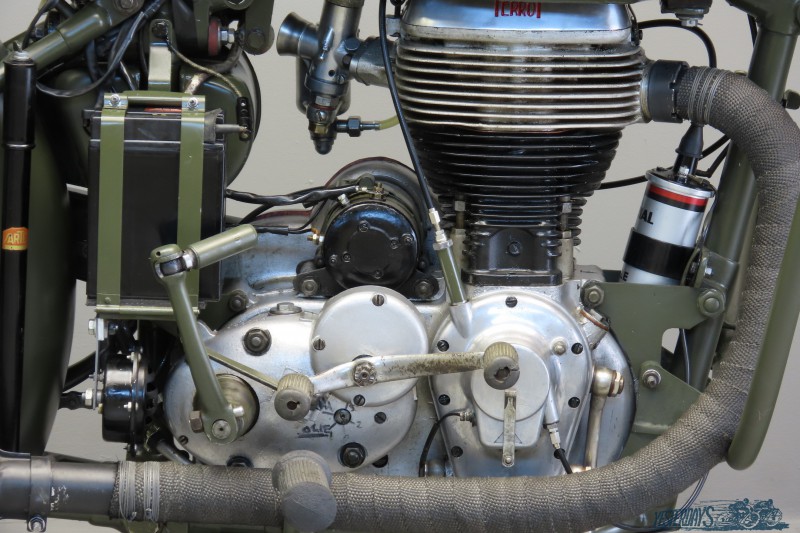 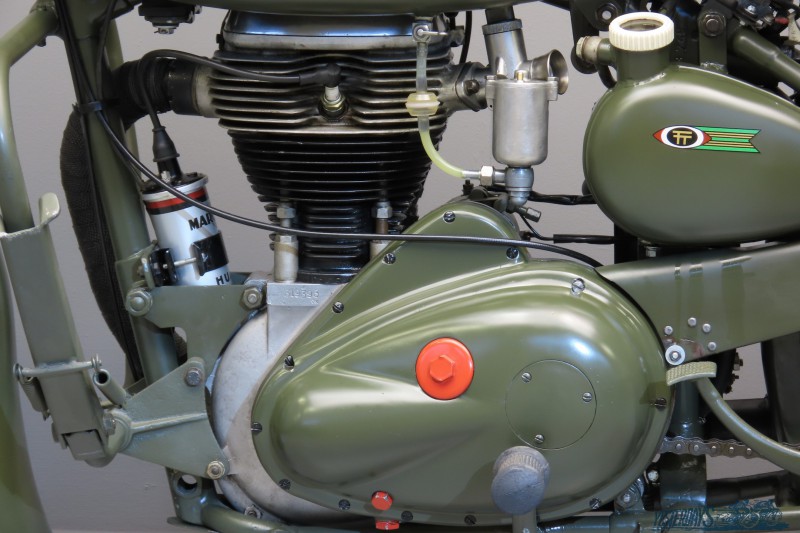 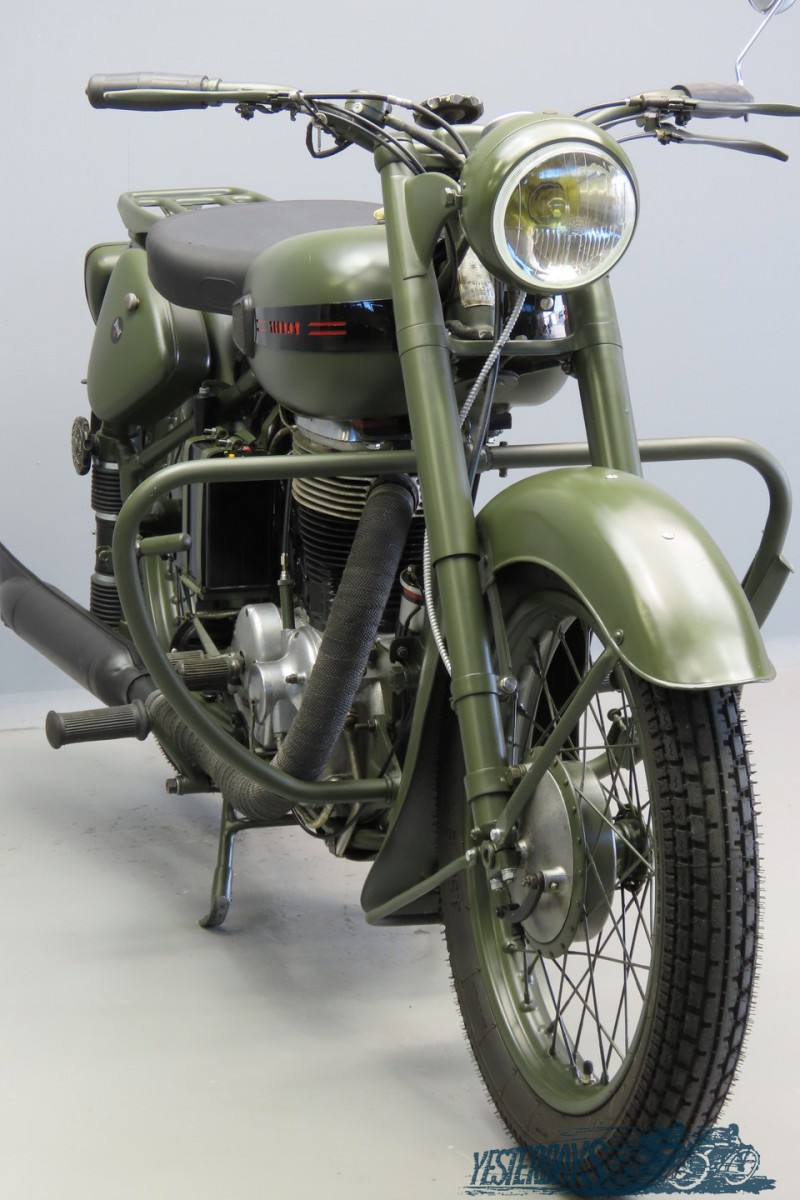 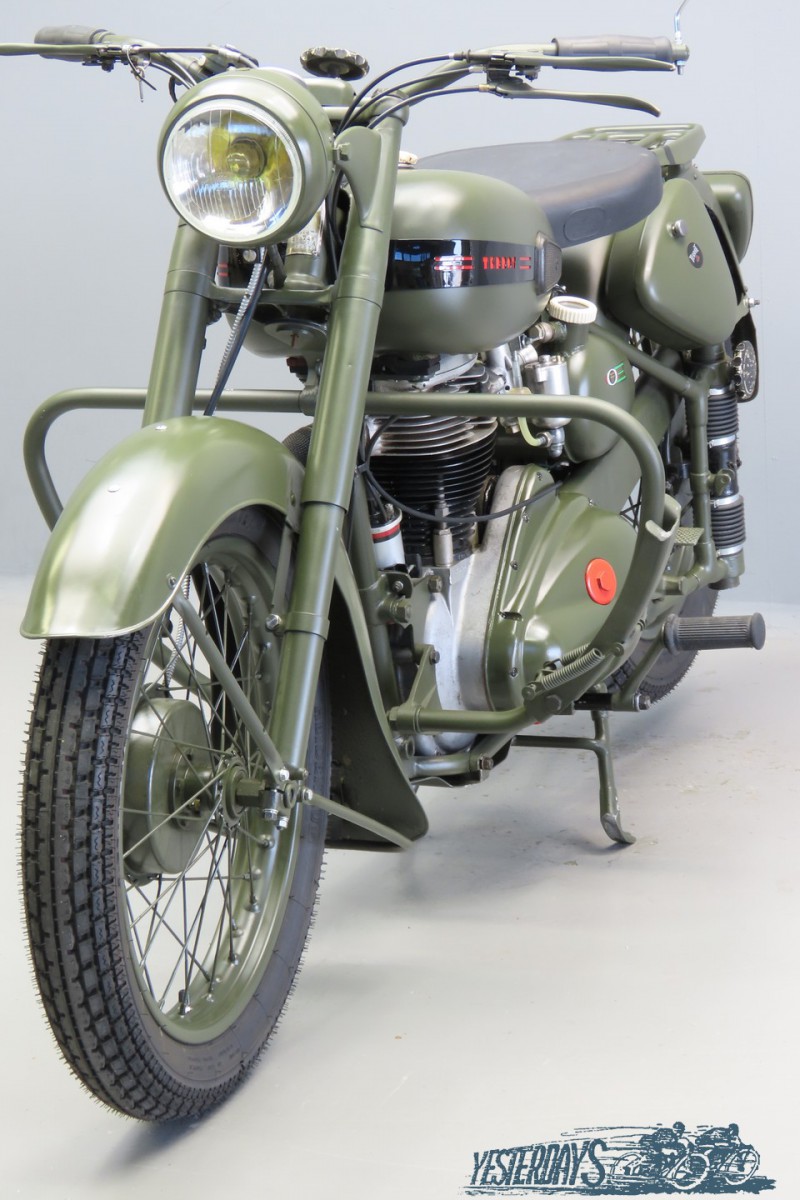 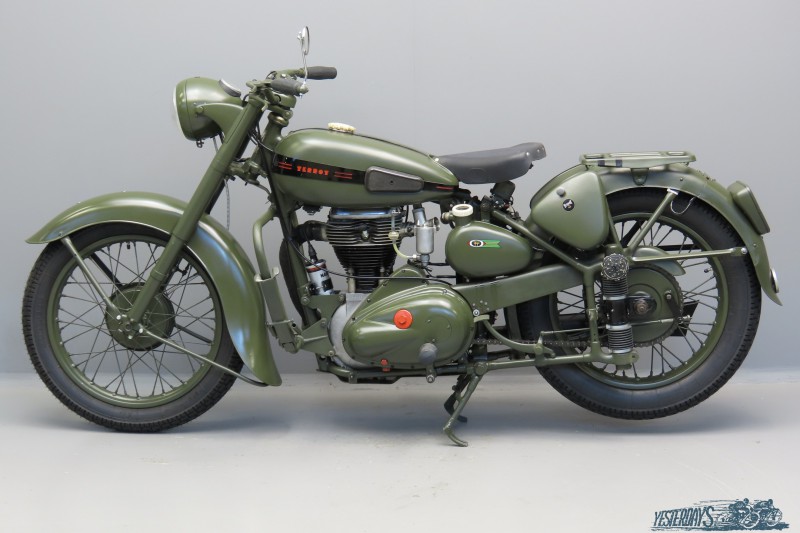 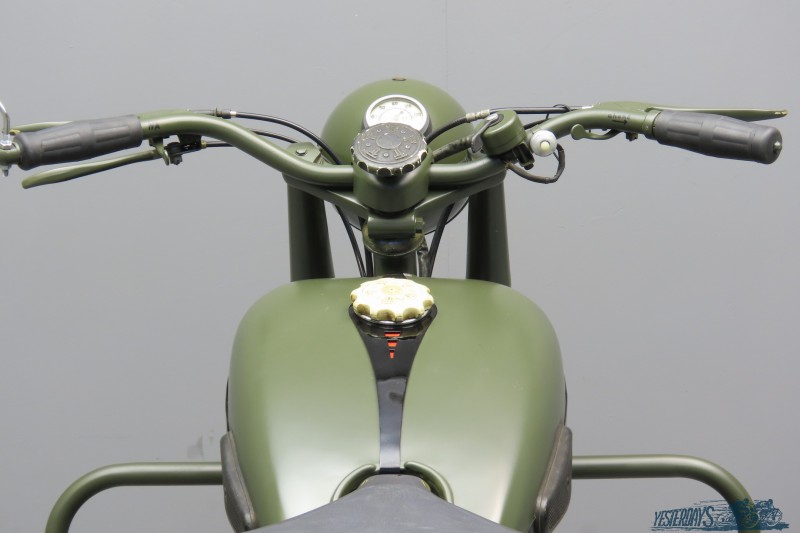 The city of Dijon was liberated in September 1944 and soon after that the French authorities commanded the production of motorcycles for use of the administration.
Basis of the post-war Terrot OHV 500 was the pre-war RSSE model. At first this 1939 model was continued with only small modifications, later versions got telescopic front suspension and an adjustable sliding type rear suspension with a travel of 40mm.
The RGST was introduced in 1949 and was widely used by police, fire brigades, national guard et cetera.
The “A” suffix referred to the army edition, that was introduced in 1954 and was delivered in khaki colour, without any chrome, with black decorative elements and complete with engine guard and side stand. The machines were well-built and sturdy.
The 16-litre petrol tank has a distinct cut-out aluminium strip decoration and weighs some 180 kg.
The 84x90mm engine delivers 21hp@4,800 rpm, good for a top speed of 125km. The last RGST-A was produced in 1958.
The machine we present is a very well detailed restoration: the previous owner advises us that the engine was virtually brand-new when it was inspected prior to restoration.
The machine is fitted with steering damper and built-in speedometer and runs impeccably.
The information file includes an issue of Motocyclettiste magazine of October 2004 with an extensive article on the post-war OHV 500 Terrot models and a 100 plus page manual on the RGST-A issued by the French Ministry of Defence.