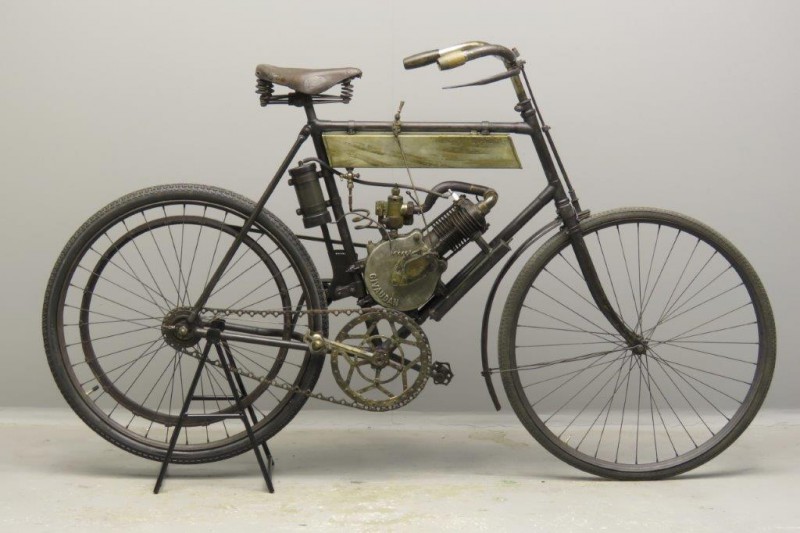 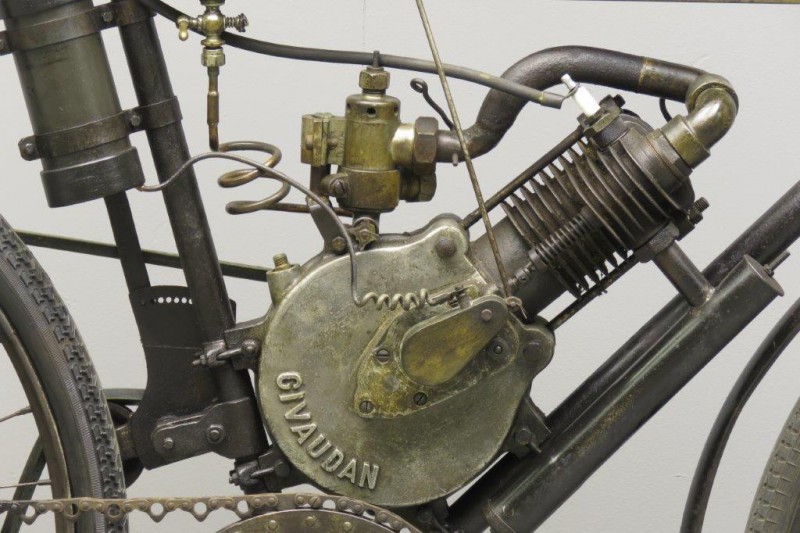 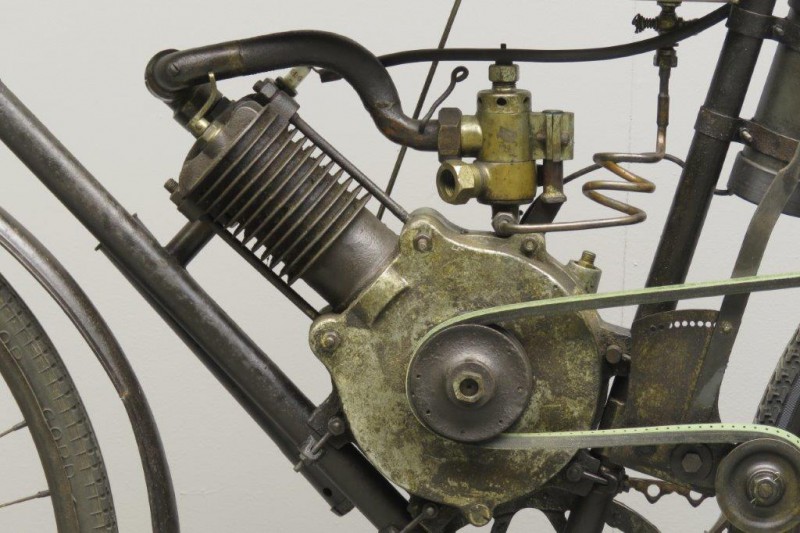 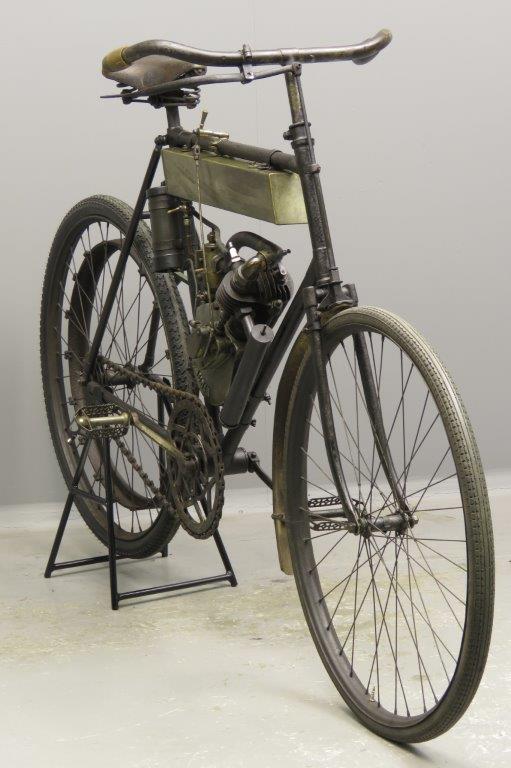 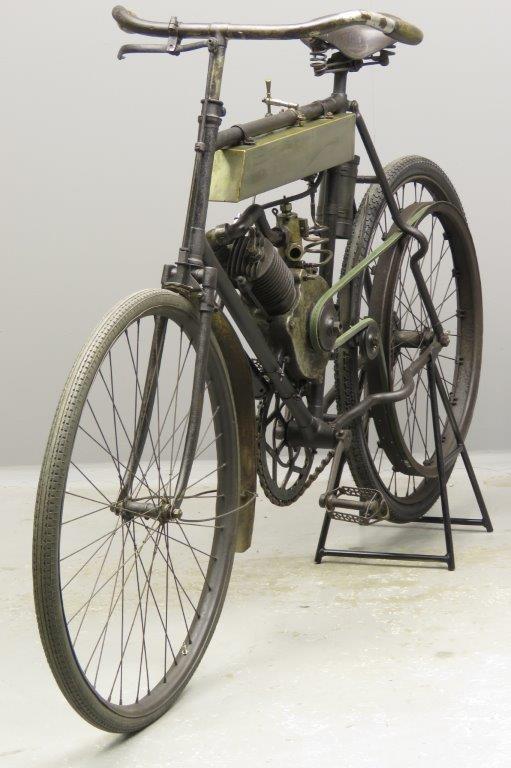 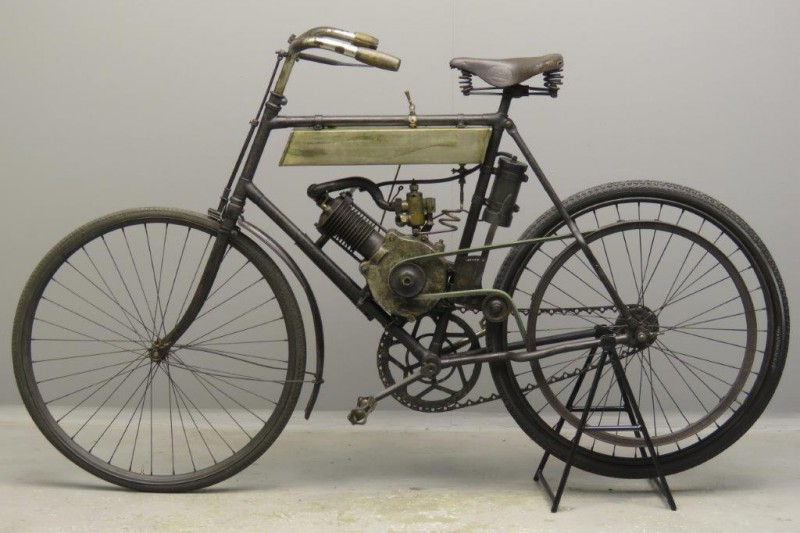 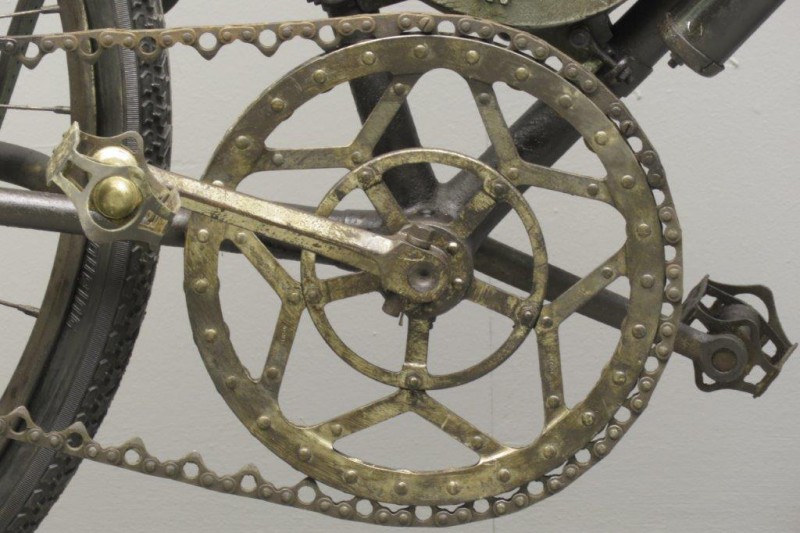 Claude Givaudan was born 16th September 1872 in Caluire-et-Cuire, a suburb of Lyon, France.
He became an engineer and he registered a large number of patents relating to a wide variety of inventions from aerospace to chemistry.
In 1903 he took over, as an engine manufacturer, the workshop where Claude Rochet and the Francisca brothers built their cars at 40 rue Sainte Genevieve, Lyon.
Claude produced and supplied engines for motorcycles and light cars to other maufacturers, as well as making complete motorcycles branded with his own name.
At the Paris Show of 1903, he exhibited a selection of 2hp and 3hp engines, including some v-twins, along with several examples of his own motorcycles.
In May 1909, he built several airplane prototypes of unusual design, and known as a Tandem Drum design, but none really flew (patent No. 398943 January 29, 1909).
A famous aviator of the time, Adolphe Pegoud, seeing the airplane commented by saying that he only had one fear: that it would actually take off.
The engines in these airplanes, including a V8, were designed and created entirely by Givaudan, who was then working as an engineer at the Vermorel factory (Villefranche sur Saone, a town just north of Lyon).
He had been hired by Victor Vermorel in 1906 to develop the company moving it from a traditional method of cars manufacturing to a small assembly line.
In 1910, Givaudan won the Eiffel prize of the Aero Club of France and the first prize of the Aero Club of Belgium.
In 1911 he received his balloon pilot license: number 111.
In 1912 he founded a military school for aircraft mechanics in Lyon (apparently the first in the world) taking the role of director.
From 1904 to his death on the 30th October 1945, he was secretary and vice president of the Aero Club of the Rhone but kept patenting designs together with his son Emile until 1944.
(Adapted from ´The Givaudan Story´, by Bill Phelps.)
Claude Givaudan produced engines for several manufacturers such as Terrot, l’Albatros and La Française Diamant.
Production of complete motorcycles under the Givaudan brand name seems to have been limited and only a few have survived.
We think the machine on offer is a ca. 1902 Terrot, identified by the typical Terrot chain drive.
Terrot used Givaudan engines also in 1903 but by then the clipon-type of engine had been exchanged for an upright type.
This very early French veteran comes in unrestored condition.