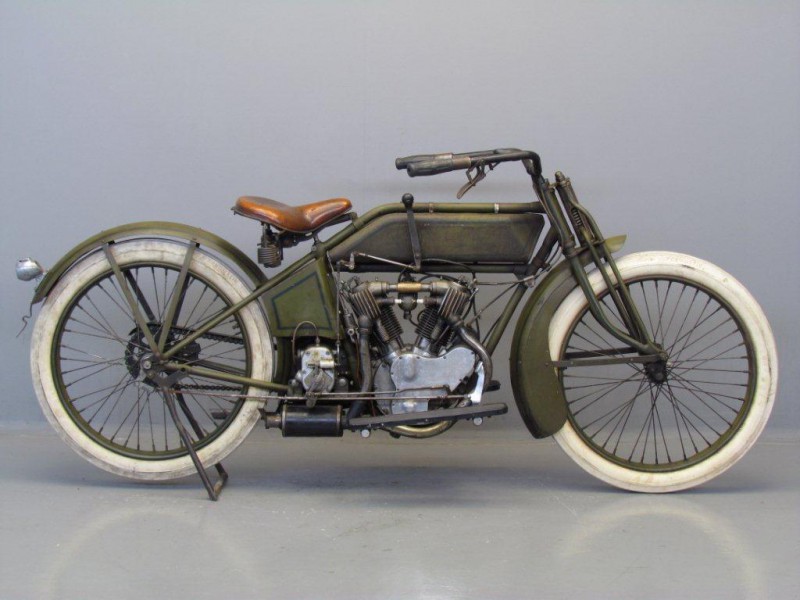 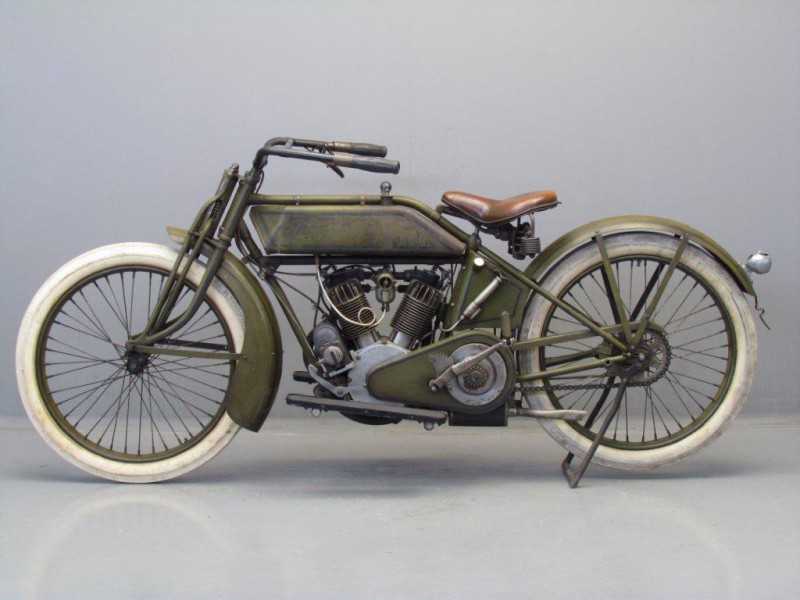 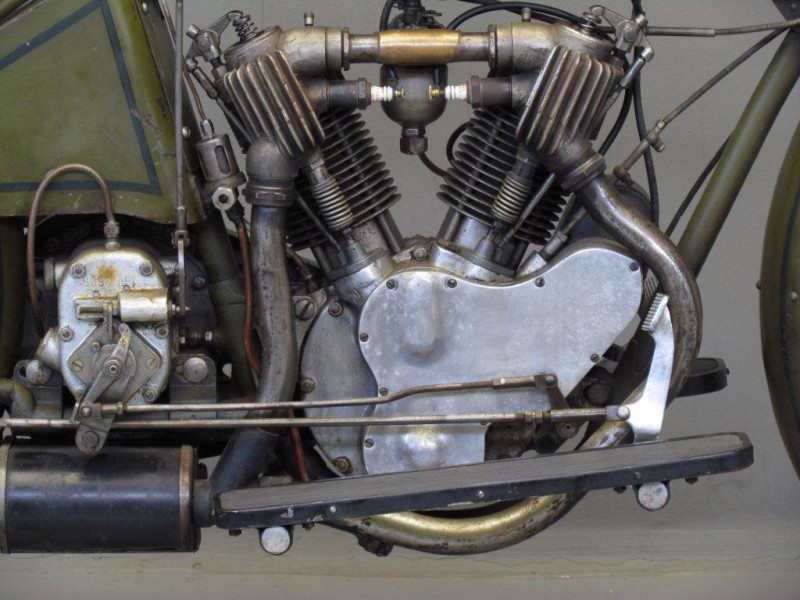 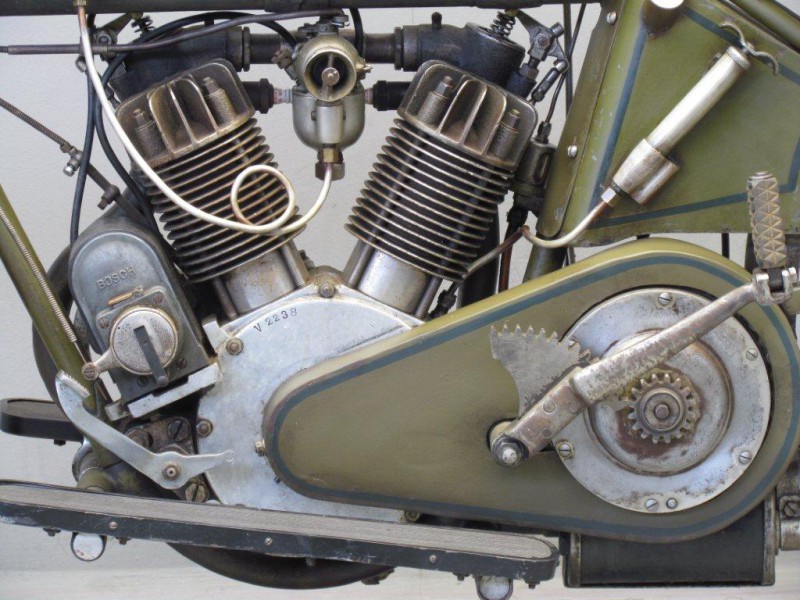 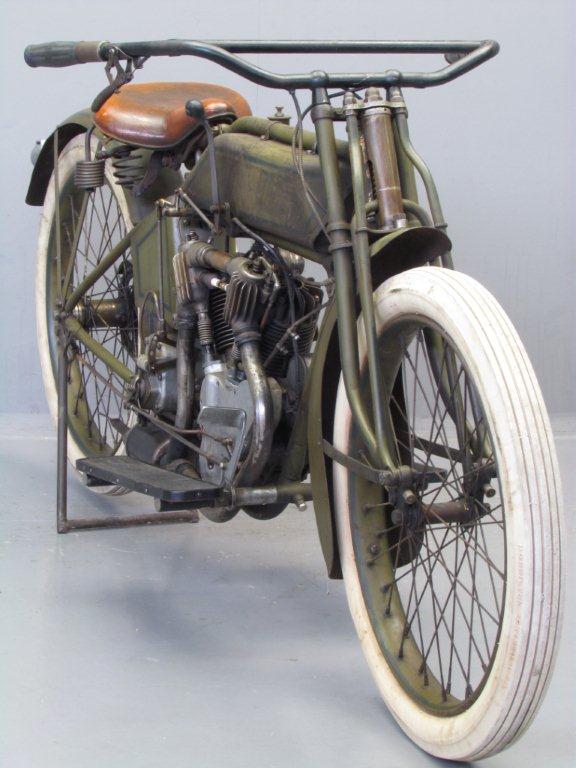 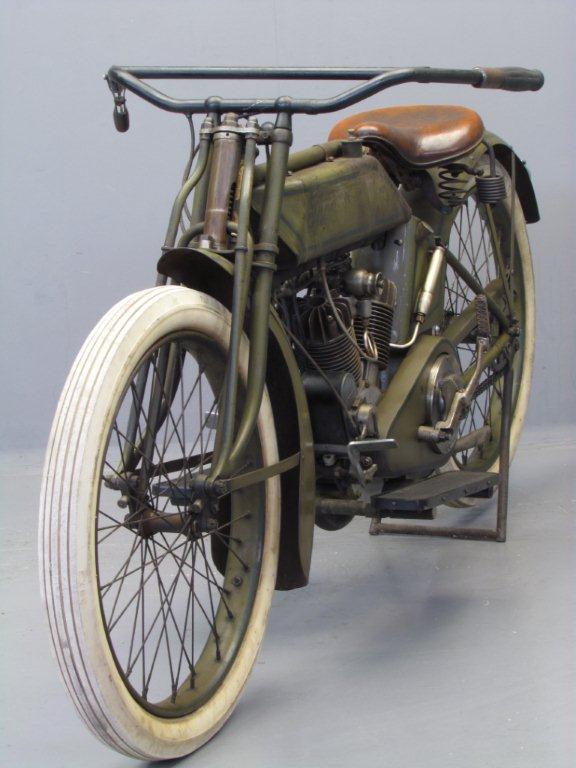 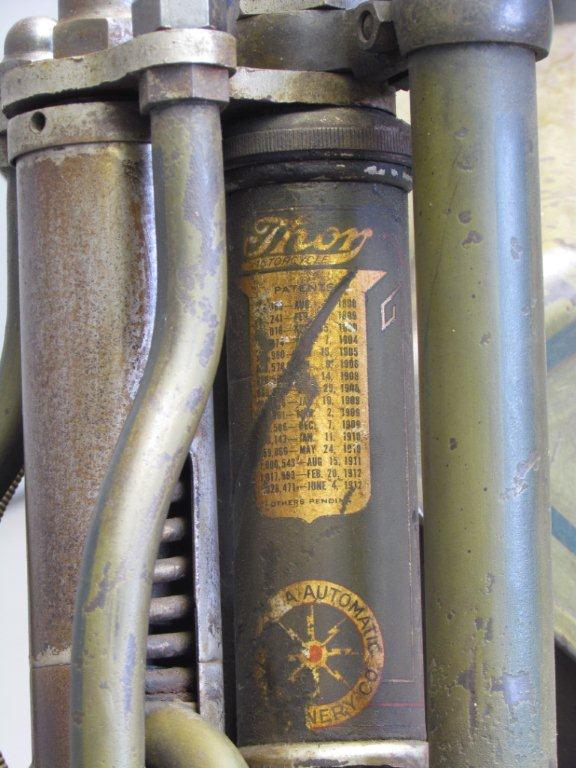 The Aurora Machine and Tool Company started as a machine shop in Illinois in  1886.
It provided forgings and machine parts for the then burgeoning bicycle industry.
Many bike manufacturers set up shop and they bought their castings, forgings and parts like hubs and coaster brakes from Aurora.
In 1902 the company started making engines for   Indian and in 1903 Aurora founded the Thor Moto Cycle and Bicycle Company.
In 1908 Thor opened their  own dealerships,  advertised completed machines and produced their first real sales literature.
Thus officially ending any ties with  the Hendee manufacturing Company.

Thor offered chain drive or belt drive and there was also a choice between magneto ignition or coil ignition.
One new design was a unique appearing twin with automatic intake valves.
The twin had the rear cylinder straight up and the front cylinder angled forward.
In 1911 they offered a free engine clutch for the first time. In 1912 an entirely new single and twin were offered both with rocker arms.
The twin was now a more conventional V but unlike Indian’s 42 degrees and Harley’s 45 degrees Thor chose a 50-degree angle.
Also offered was an optional two-speed transmission.
This transmission was aluminum and it mounted to the side of the rear hub.
Not much changed in 1913 however in 1914 the twin was offered as a 1000cc and now a 1,200cc machine.
The new bigger twin could also be bought with a Schebler carb if desired.
Up until this point all Thors used their own Thor updraft carburetor.
1916 was for all intents and purposes the last real design change. Thor offered a three-speed transmission and clutch of conventional design.
After 1916 there were no changes made to the motor design.
Production ended around 1918.
This  1916 machine is in amazing original and unspoilt condition and is technically in excellent shape.
For more Thor history see:  http://209.204.252.20/thorhistory.htm