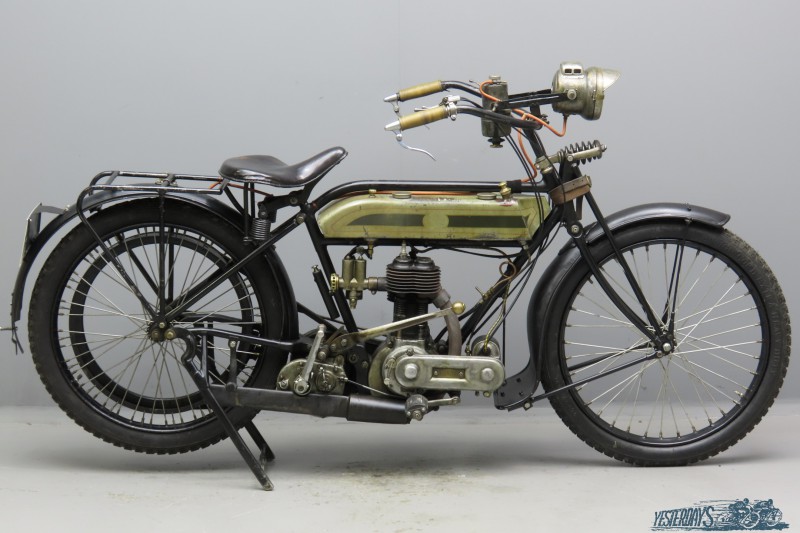 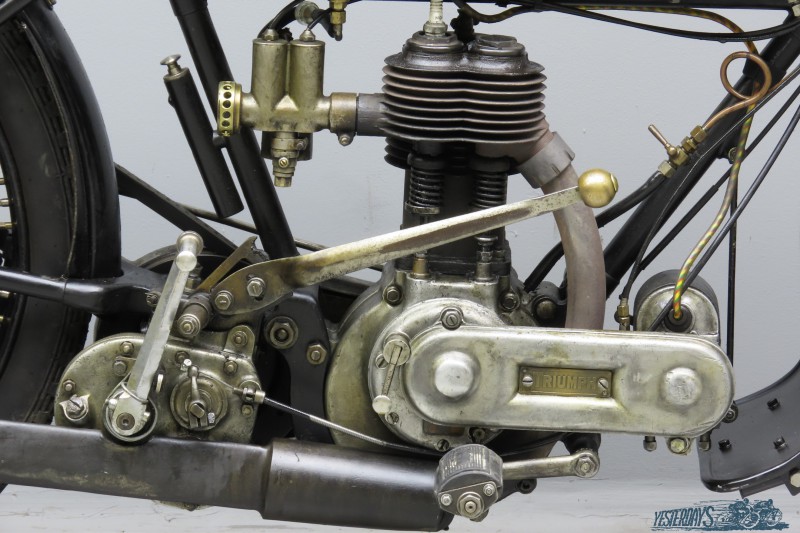 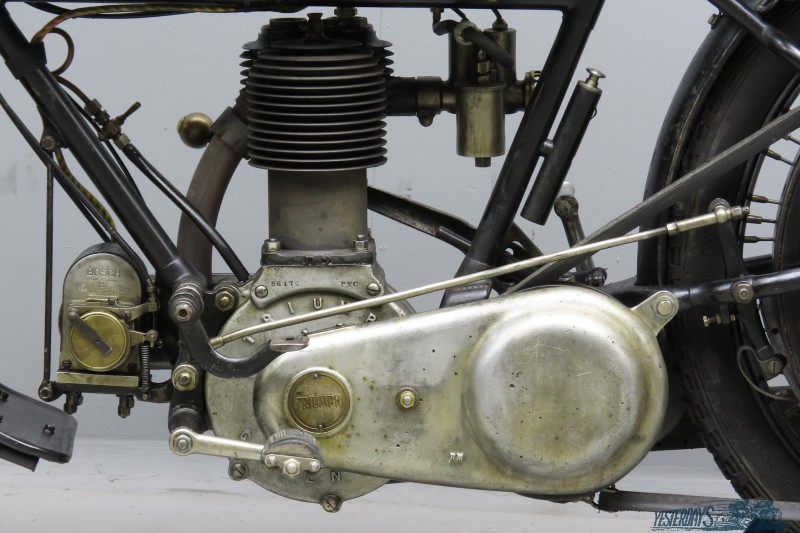 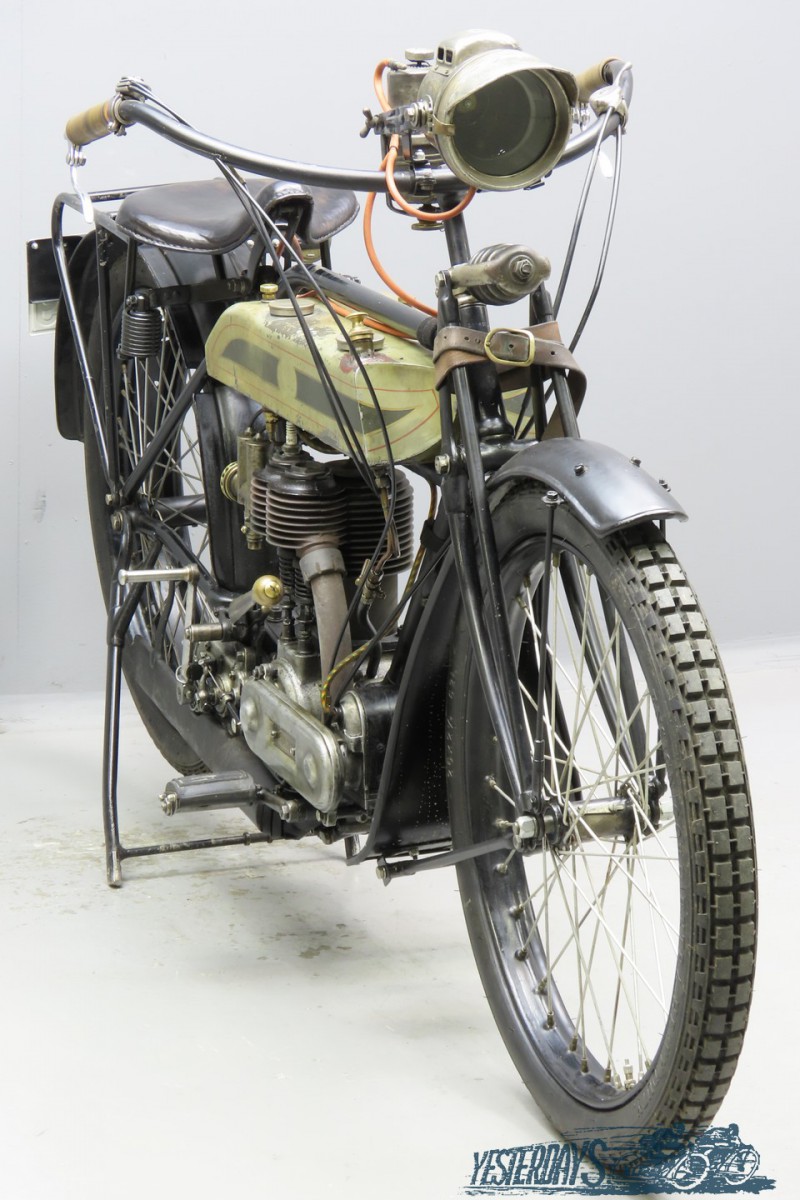 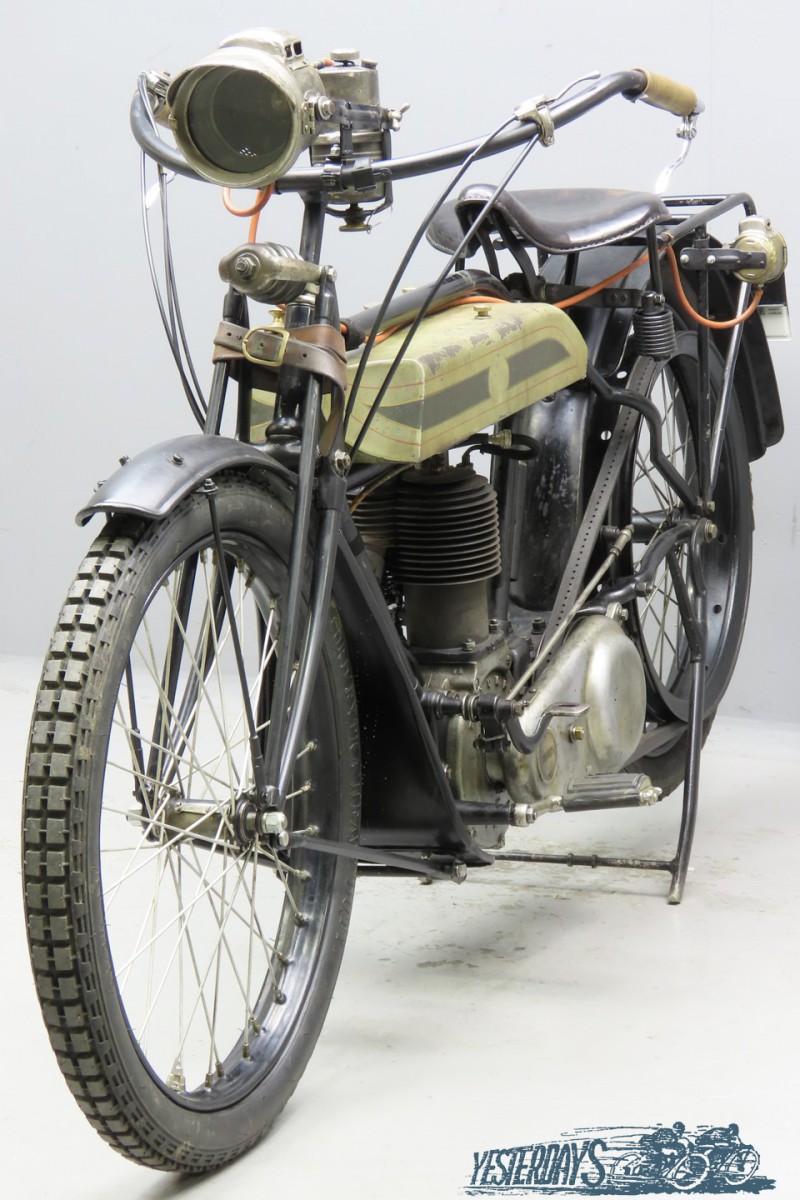 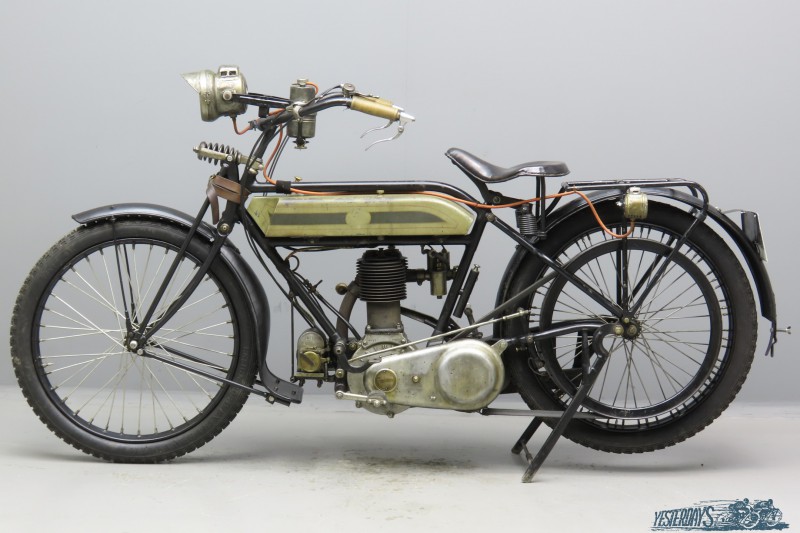 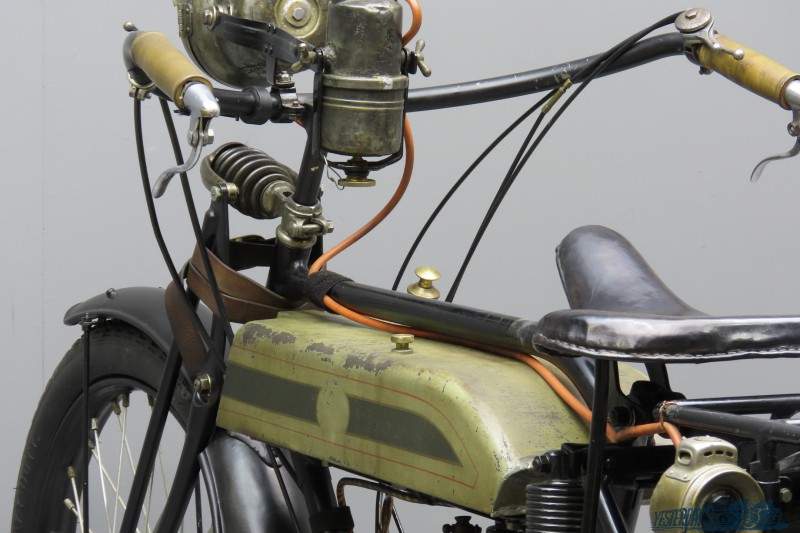 The model H is announced late in 1914 as a logical development of the famous veteran “Trusty”.
But it isn’t just a 1914 model with a countershaft gearbox: the engine differs from the veteran engine in various ways.
|It has a single cam wheel with 2 cams instead of separate cam wheels for the inlet and exhaust valve.
The casting for the cylinder is entirely new, the valve head diameter is enlarged by ¼ inch and the valves are spaced further apart.
A great improvement over the 1914 style 3-speed hub is the Sturmey Archer countershaft gearbox.
The primary chain drive is enclosed by a neat aluminium cover; secondary drive is by belt.
The new model becomes available in February 1915 and most of the production goes to the British Armed forces; in 1918 the army has just over 17,000 Model H’s.
It is not until 1919 that the Model H is again available, in very small numbers, for the civilian market and many ex- army machines are sold off at surplus sales at Slough.
A large number of machines are overhauled by the factory for resale in 1919 through 1921.
The engine letter code PTC refers to June, 1918.
In 1915 and 1916 a moderate number of Model Hs was delivered to civilians, but a directive of the Ministry of Munitions that was issued on November 3, 1916 stated that production of cars and motor cycles for the civilian market would cease immediately (source: the late Peter Cornelius).
So there’s a good chance this machine served on the battlefields of Belgium and France.
This well-running H comes with acetylene lighting system and reliable Bosch magneto.
The petrol tank mostly has its original finish which gives the machine an authentic patina.