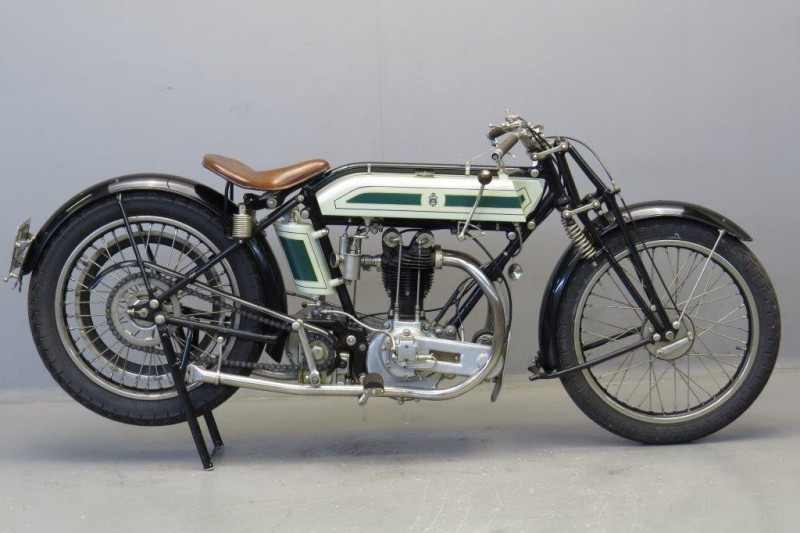 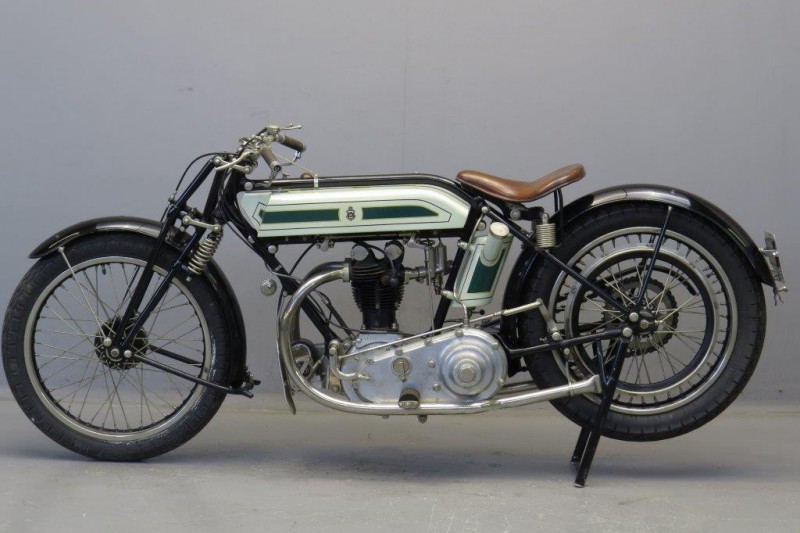 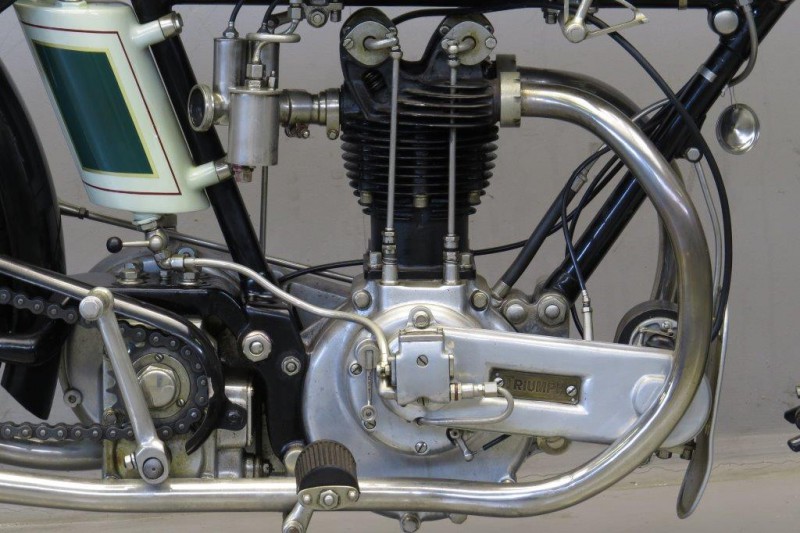 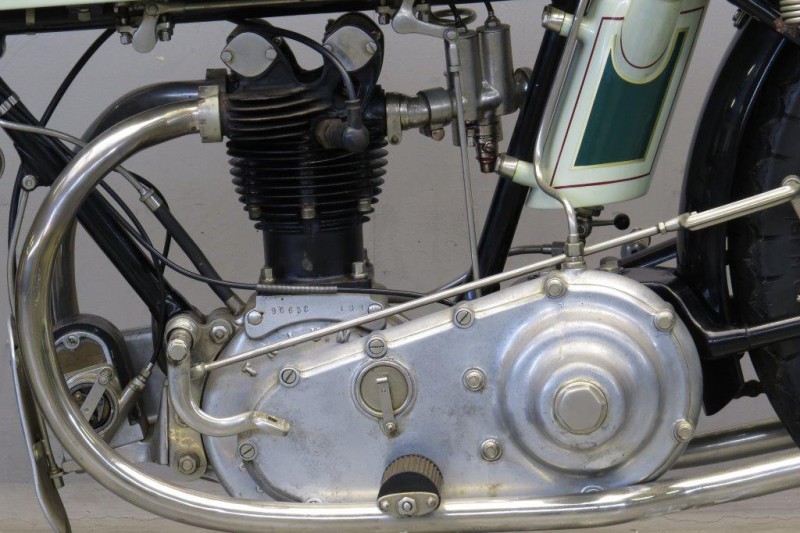 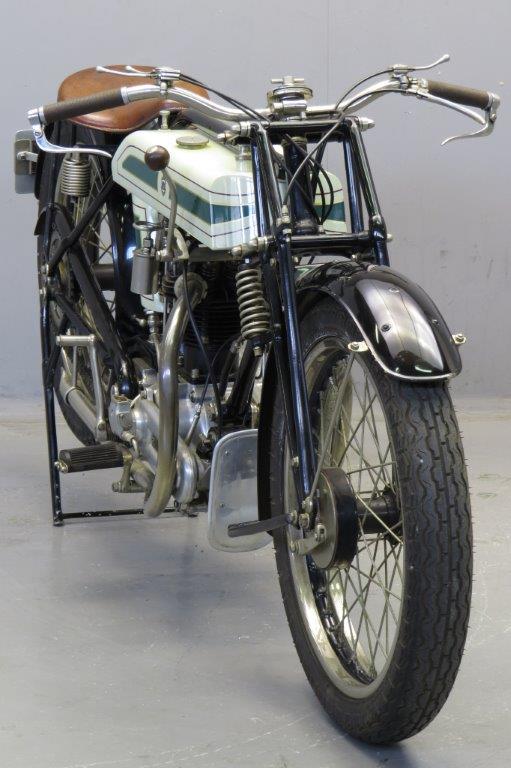 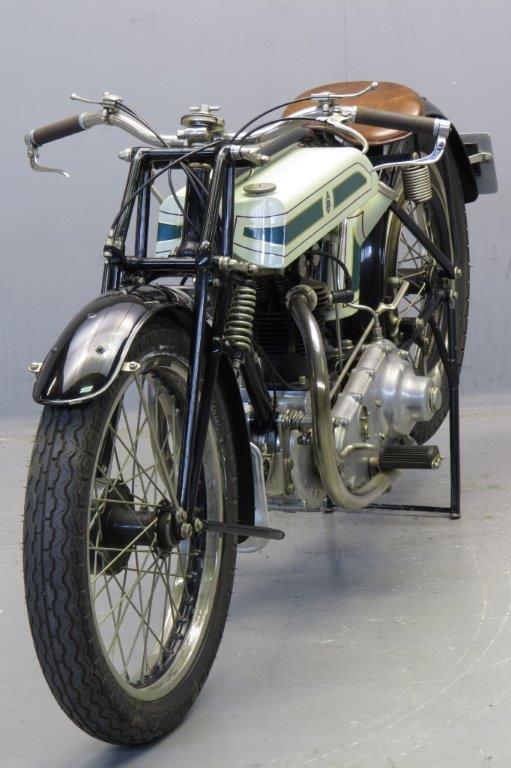 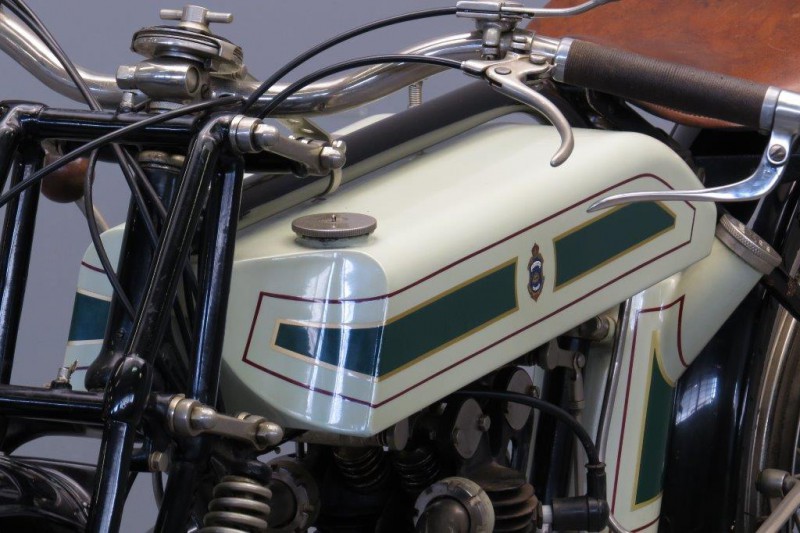 Triumph decided to enter the 1921 TT with an overhead valve model  and  Ricardo and Co. Ltd.
were given the order to develop a four valve racing  engine.  That is to say, the engine bottom half  to be used was essentially that of the side valve model SD and many cycle parts were SD too, so only  cylinder and head were to be designed newly.
The four valves were not arranged radially but were set two by two and the heads were sunk below the level of the combustion chamber so that the first part of the opening and the last part of the closing were practically ineffective; cam design was such that  the valves were gently started and gently seated, and the idea was that the effective valve opening and closure was sudden.
An effect of this design was that the valve operation was very quiet. When testing for the 1921 TT the rocking front fork ( already used by  Triumph from veteran days) proved unsuited for high speeds, so side spring Druid forks were fitted.
The new machine did not prove very successful in the race but the Ricardo went in production for the 1922 season. In the next few years a lot of development work was done to the engine but that never led to real racing successes.
As a sporty touring mount the Ricardo was more successful and it stayed in production till 1927.  T
his machine has been restored a number of years ago and is in good condition.