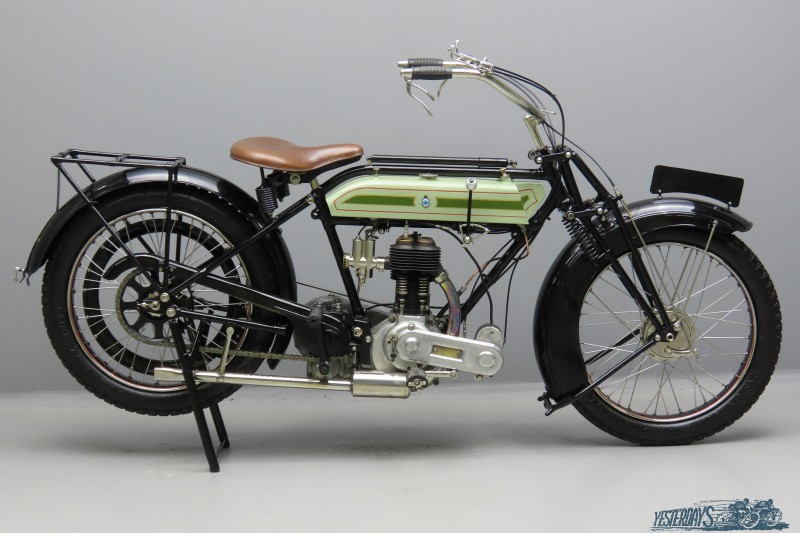 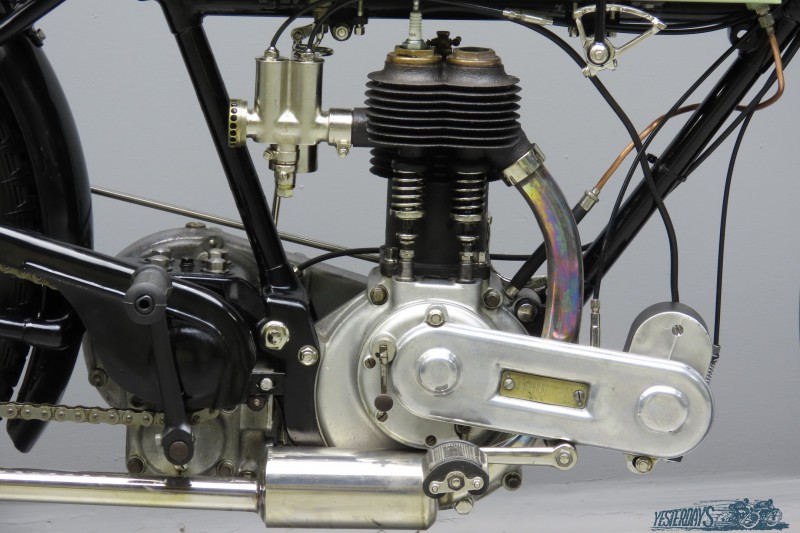 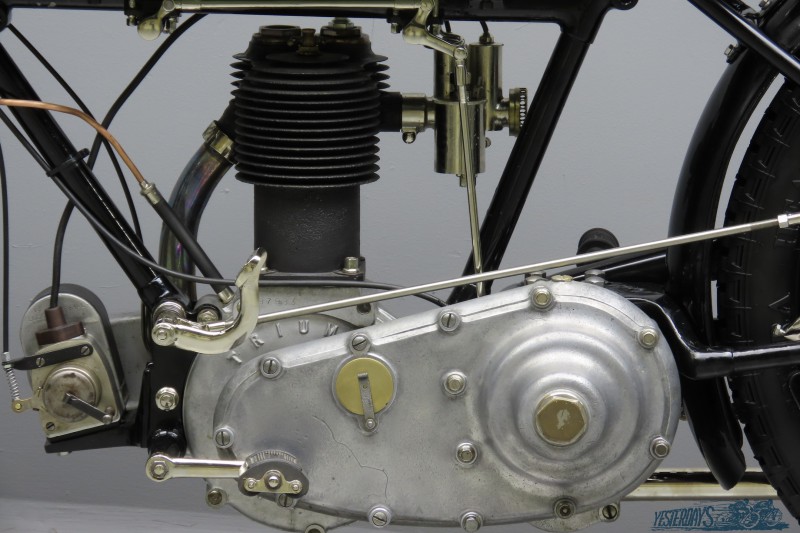 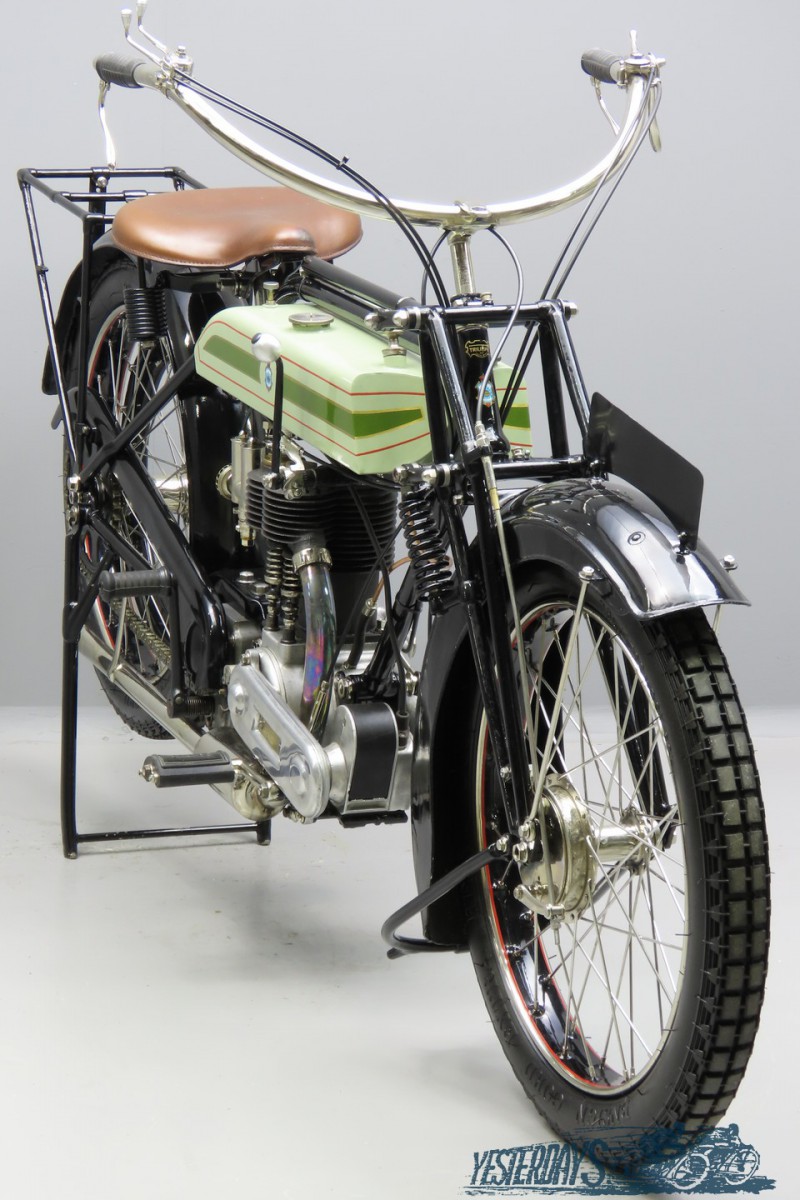 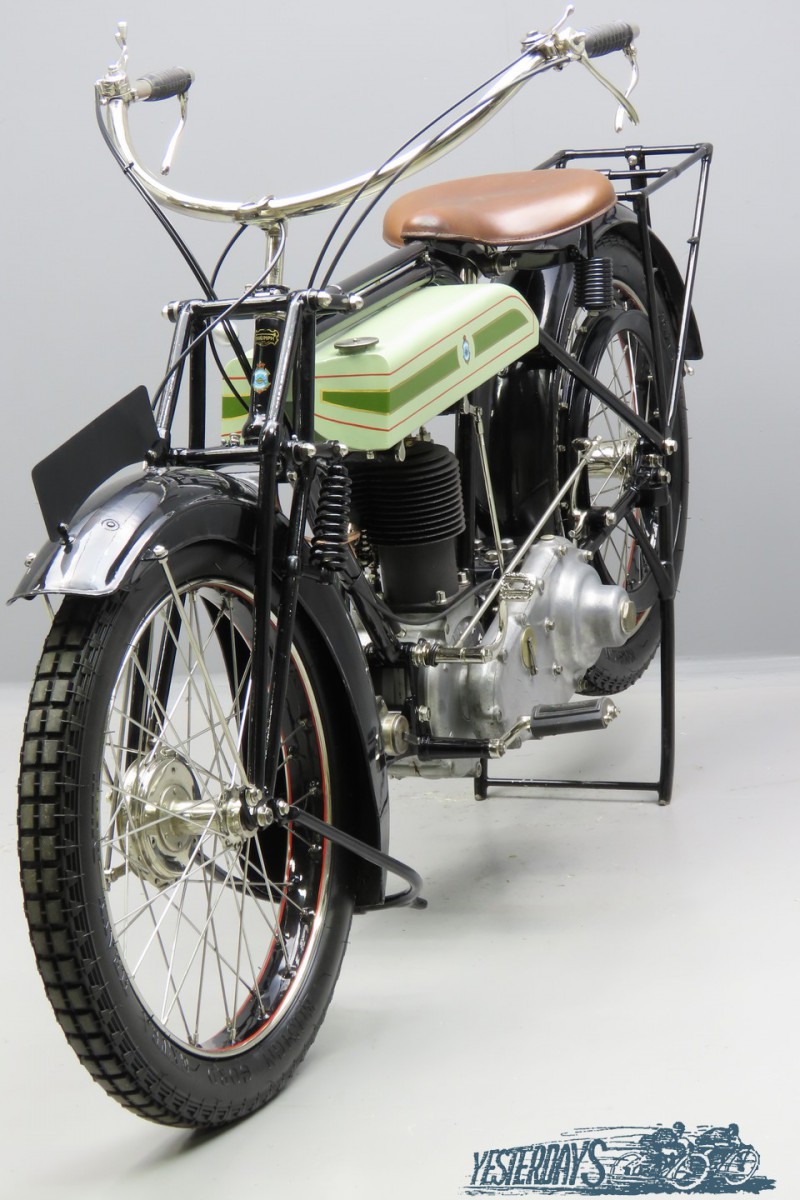 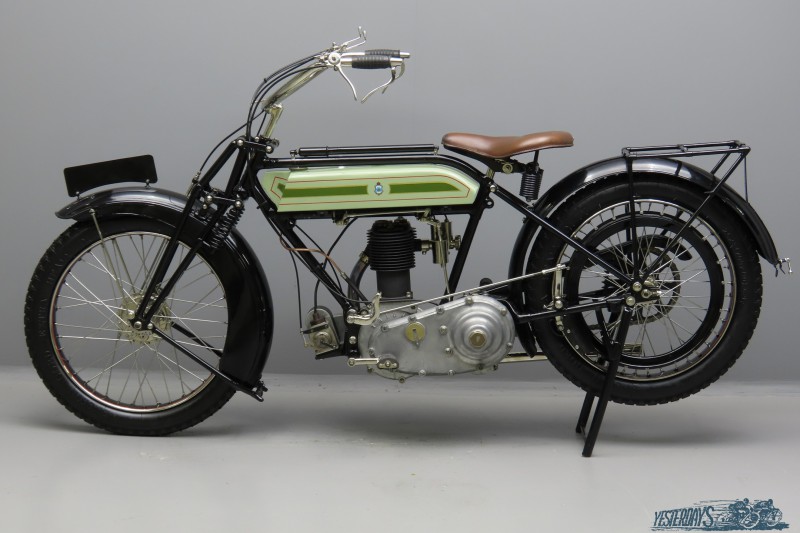 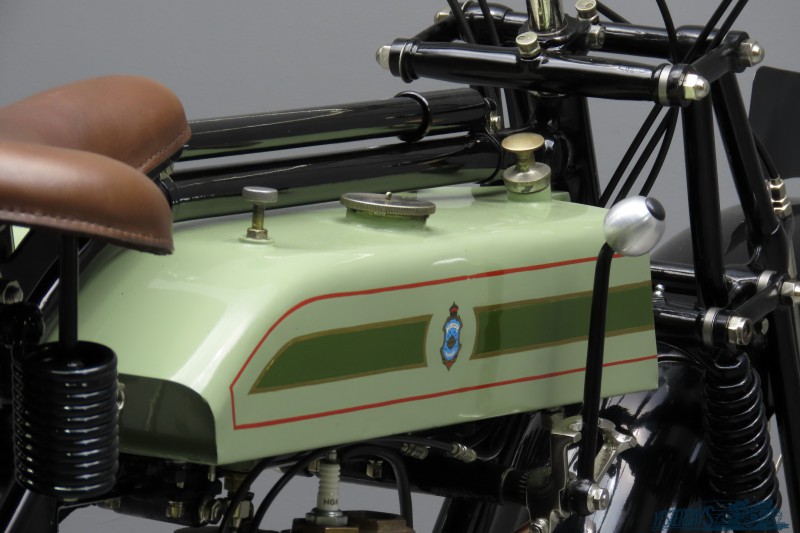 The SD (Spring Drive) was in fact a somewhat modernised version of the famous model H, which had grown out of the “Trusty” veteran Triumph.
By the early twenties belt drive was losing its appeal to many motorcyclists, so Triumph designed a model with chain secondary
drive.
With the “H” the power pulses of the low revving engine were taken up by the belt.
With the SD this function was taken over by a strong spring fitted to the gearbox drive shaft.
The SD entered the catalogue for 1920; as the immediate post-war marked boomed and then slumped again, the selling price of the SD went from £110 to £140 in early 1921; in 1926 the price had gone down to £66 and 10 shillings.
The last SDs were produced in 1927.
For some years the SD was Triumph’s top model; in 1922 that position was taken by the new OHV “Ricardo” model.
The SDs primary chain is protected by a well-engineered aluminium case and runs in an oil bath to minimize maintenance of chain and clutch.
The powerful 550 cc engine (bore x stroke =85x97mm) has lots of torque.
Some new features for 1924 were the 5-inch internal expanding front brake and the forward mounted gear-lever.
For detailed information on this model consult Peter Cornelius’ “The Facts” booklet, surf to http://users.actrix.co.nz/cornelius/Triumph/
In the spring of 1924 a new tapered tank became available so we think the machine on offer was manufactured early in 1924.
She has been restored and is a good runner.