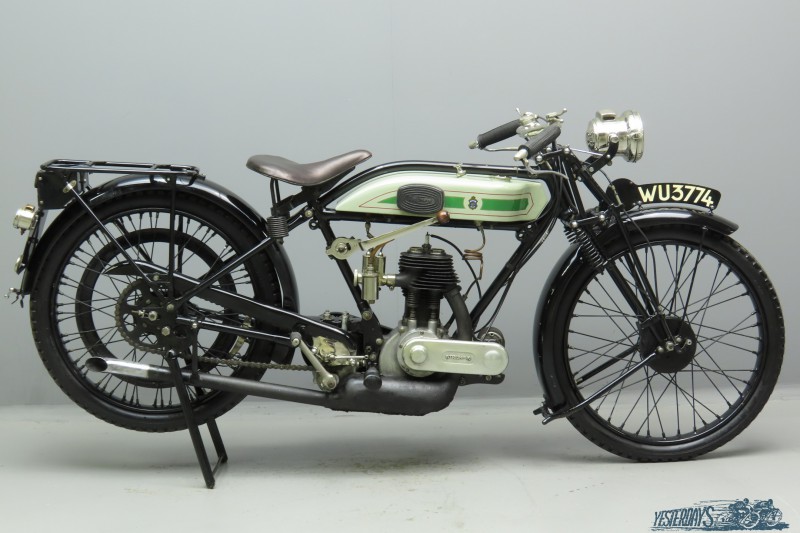 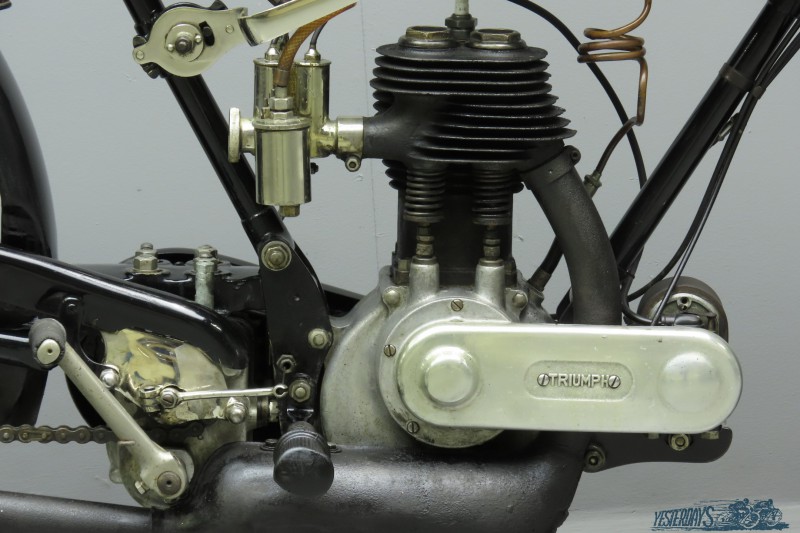 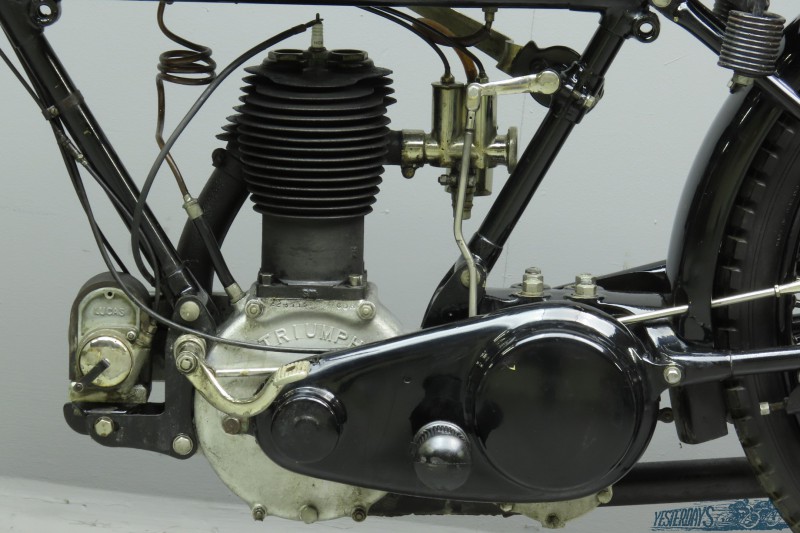 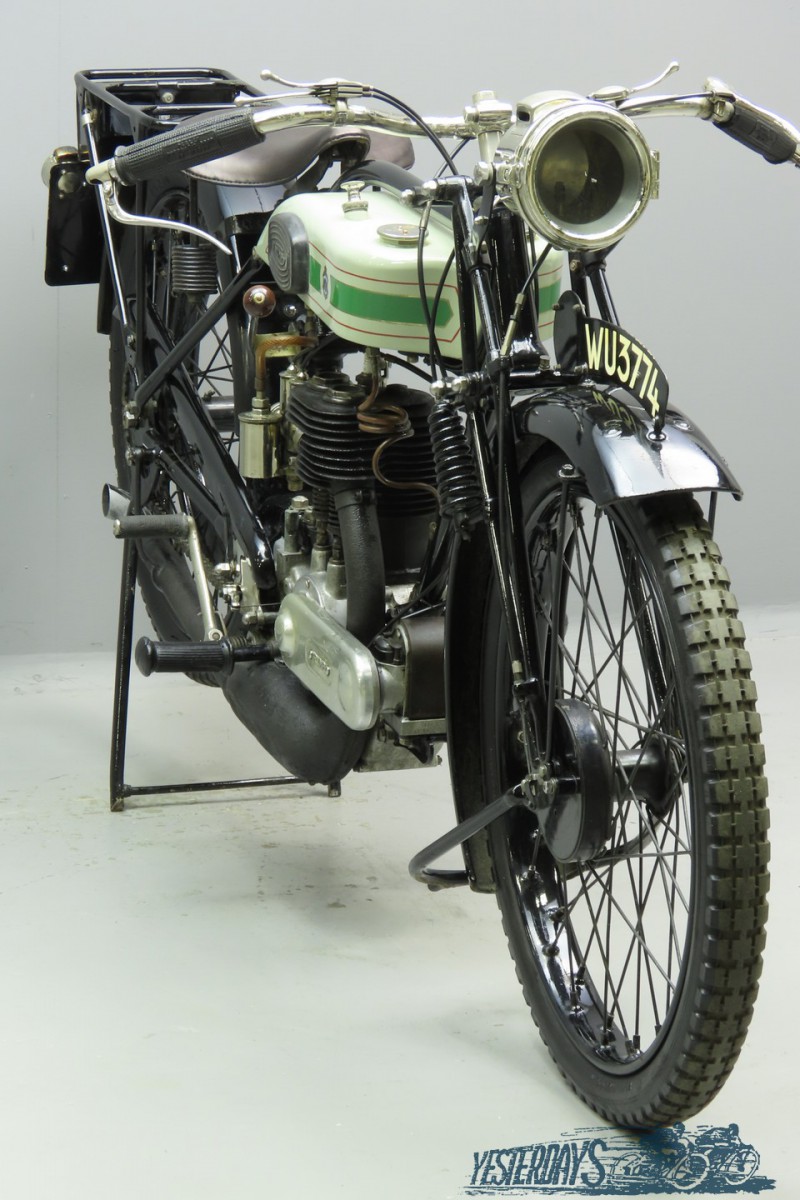 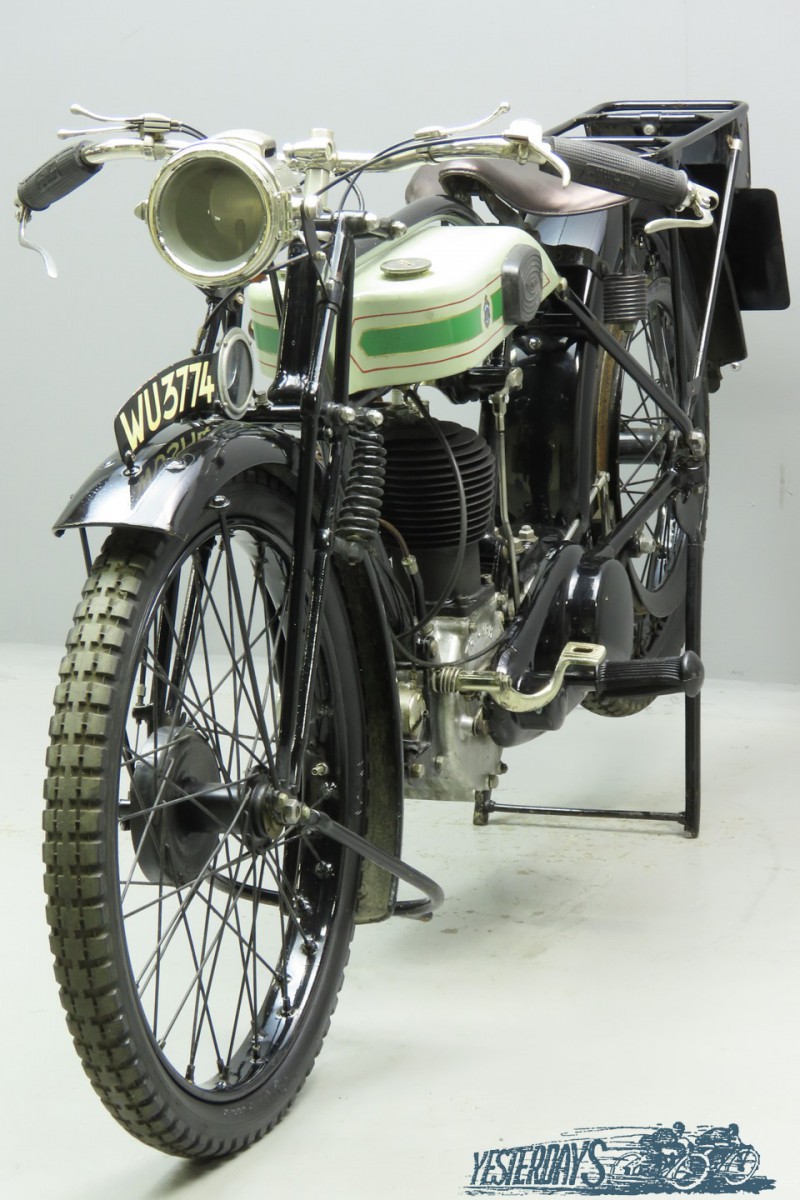 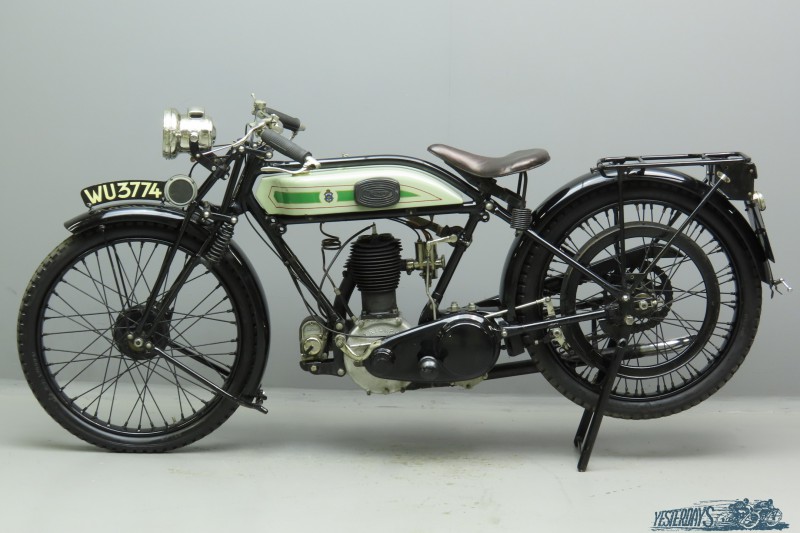 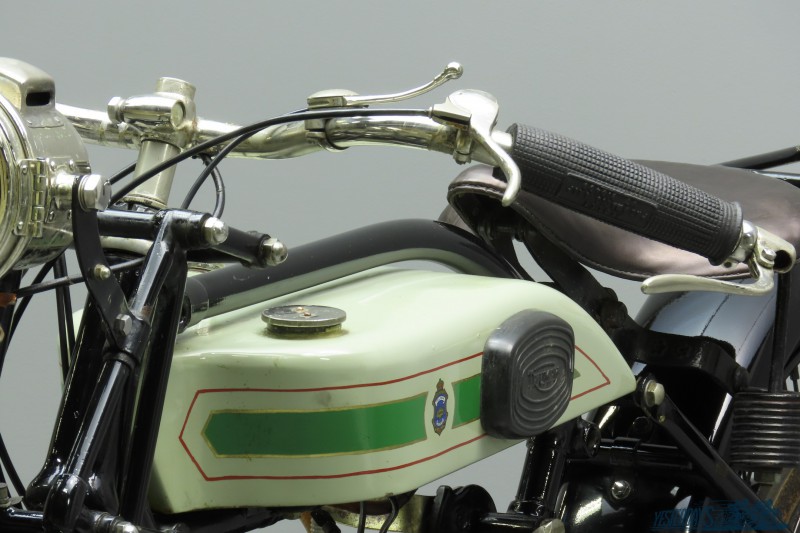 In the twenties Triumph had to fight hard for their market share.
Their answer to the competitors was a basic 500cc bike: it was very cheap – £42.17s.6d – the type SD, also a 500 cc side valve single, was £83.00.
By using new mass production methods labour costs were cut.
There were some teething troubles with engine, front brake and clutch quality in the early series; when these problems were solved the design turned out to be very practical. In the first year of production no less than 30,000 Models P were sold.
Peter Cornelius is the author of several “Triumph – The Facts” booklets covering most of the Triumph models manufactured between 1915 and 1934.
A quote from his very informative booklet on the models P, Q and QA -1: “The engine of these Models P had a semi-turbulent head to give maximum efficiency with even fuel burn.
The design used accurate castings to reduce machining costs.
Despite the low cost quality was not impaired, apart from the lack of valve guides in the cylinder barrel.
The crankshaft ran in double-ball bearings and the connecting rod big-end had roller bearings.
The valves were of cobalt chrome steel and the gears of the gearbox were of high tensile nickel-chrome steel.
However, improvements could be made and the “improved” Model P, announced at the end of July 1925 had stronger frame and forks, effective “leading shoe” internal-band front brake, conventional push-rod operated clutch and guides in the cylinder head for the valves.”
For more information about Peter’s booklets mail to cornelp@xtra.co.nz.
The July 1925 improvements were carried on for the 1926 model year.
This practical vintage mount comes with acetylene front and rear lights and pillion seat.
She’s an older restoration in good overall condition.