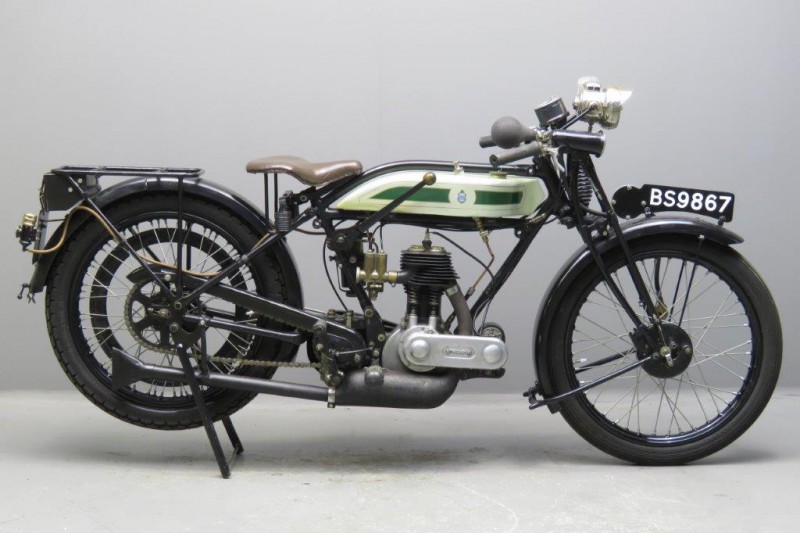 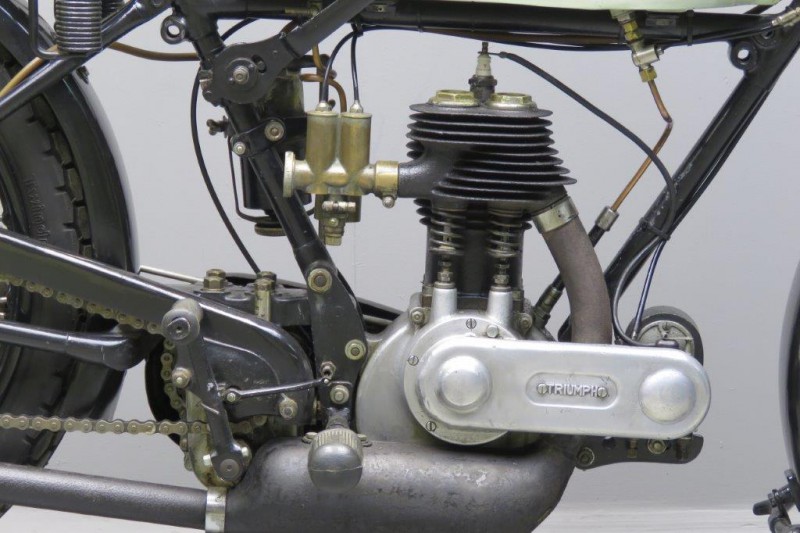 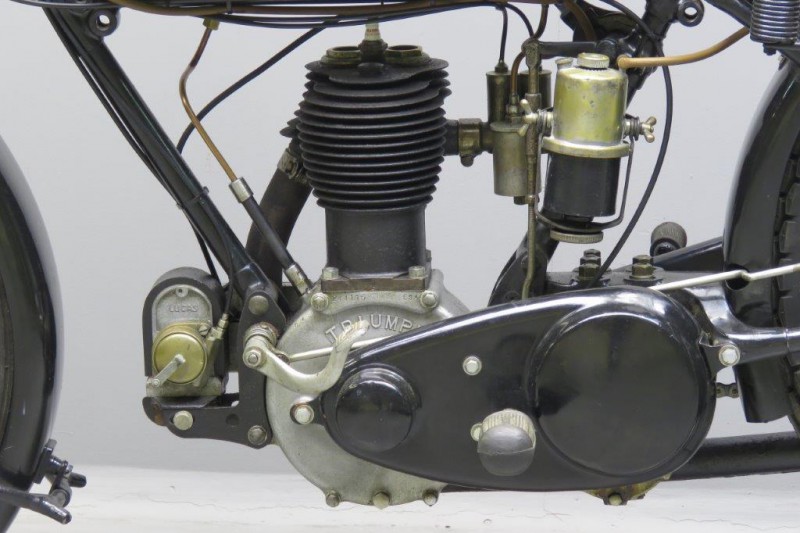 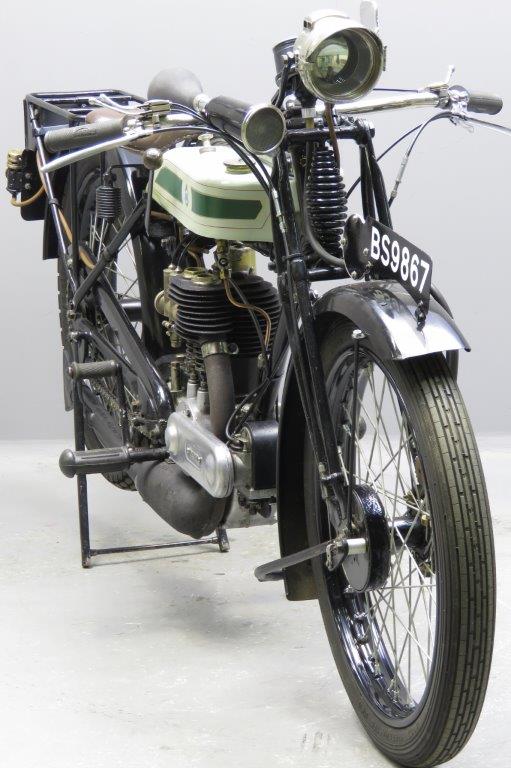 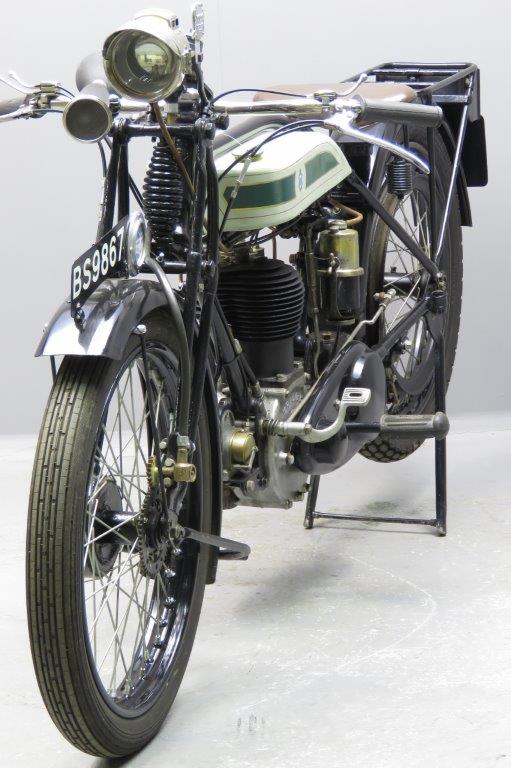 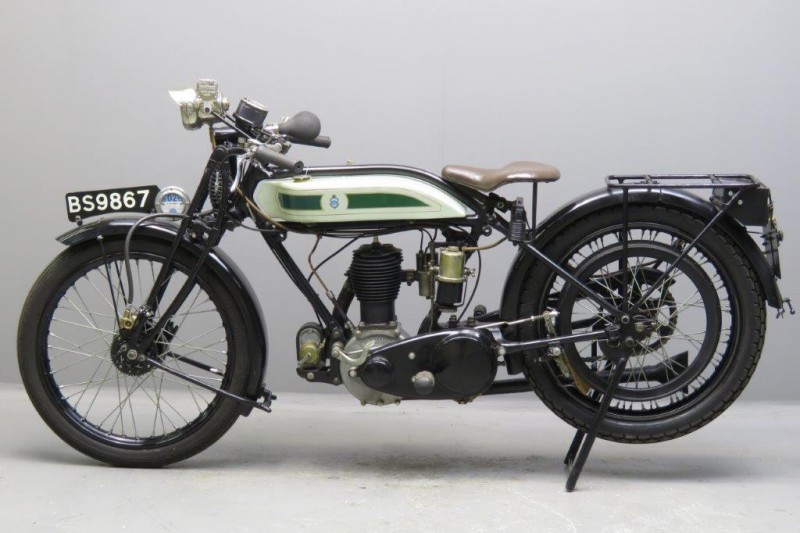 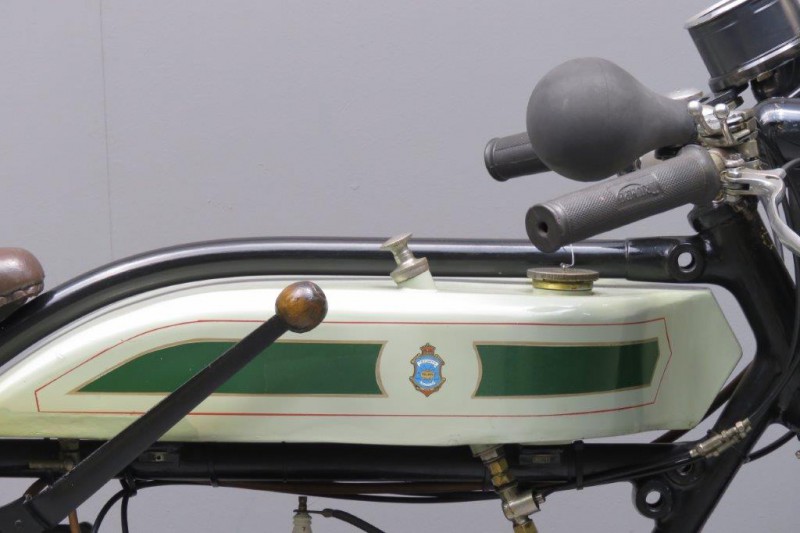 In the twenties Triumph had to fight hard for their market share.
Their answer to the competitors was a  basic  500cc bike: it was very  was cheap – £42.17s.6d -the type SD, also a 500 cc side valve single,  was £83.00.
By using new mass production methods labour costs were cut.
There were  some teething troubles with engine and clutch quality in the early series; when these problems were solved the  design turned out to be very practical and by the end of the production run in 1927 almost 50,000  Model Ps  had been  sold.
Compression ratio was 4.1 to 1, top speed about  54 mph.
Among the improvements  for later 1925 and 1926 models were  detachable valve guides, caged roller big end, pushrod operated clutch and internal expanding rear brake.
This machine  is an older restoration and  comes with  Powell & Hanmer  lighting system & bulb horn and Smiths  speedometer