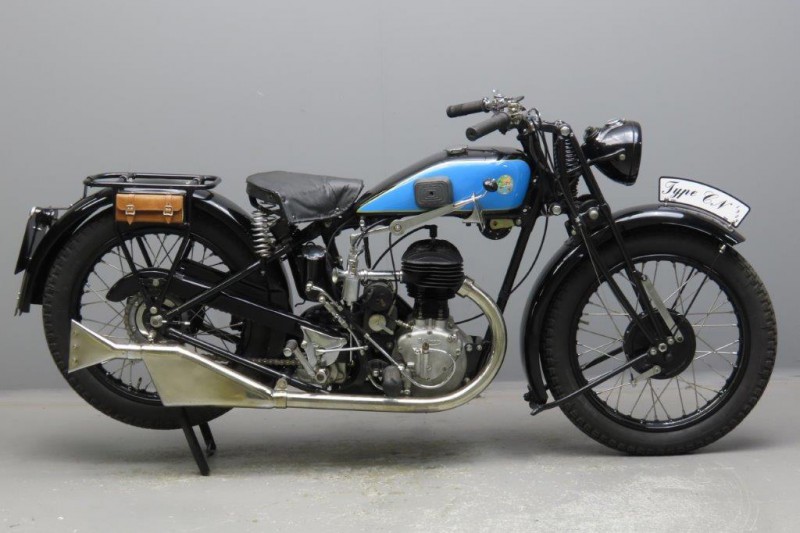 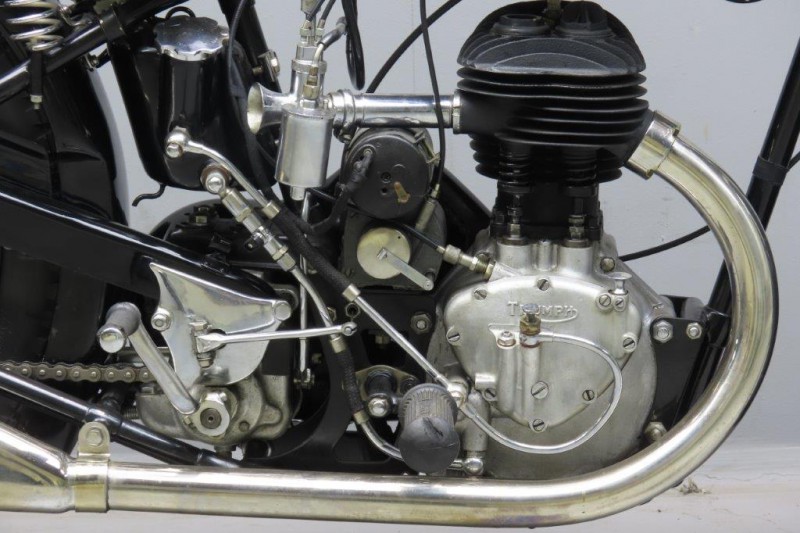 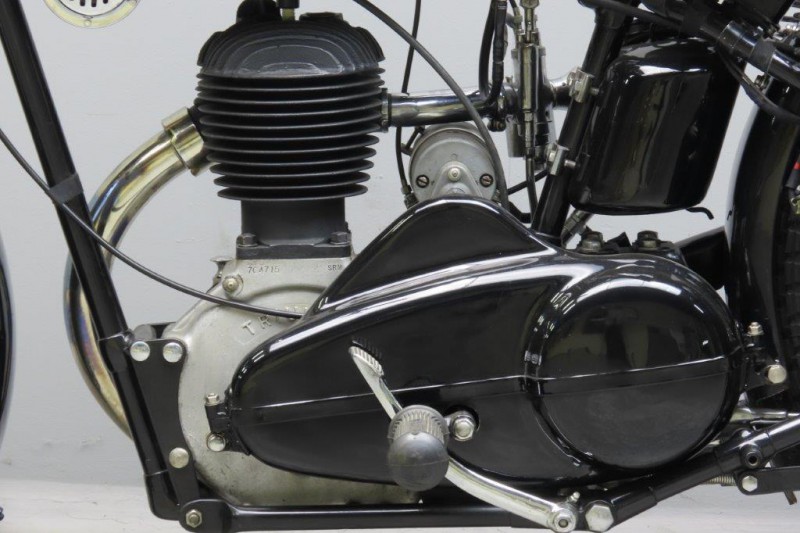 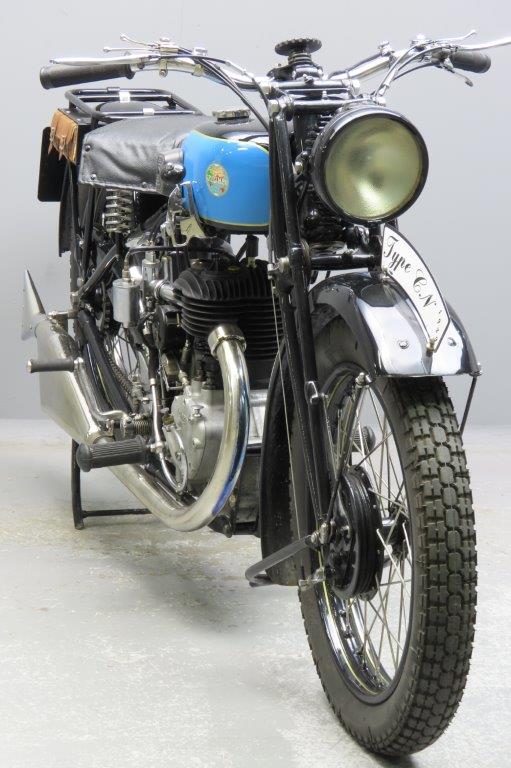 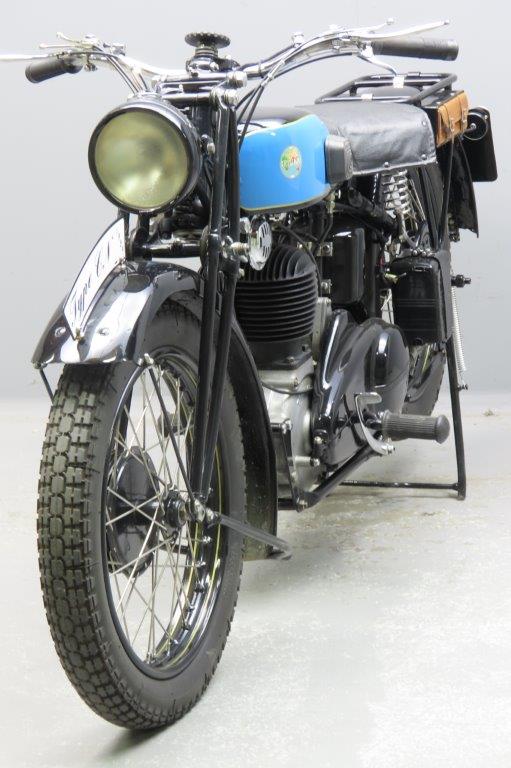 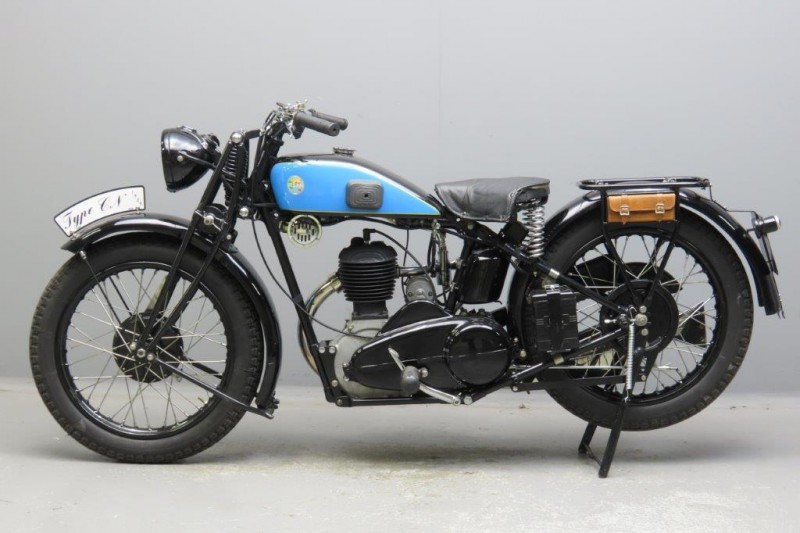 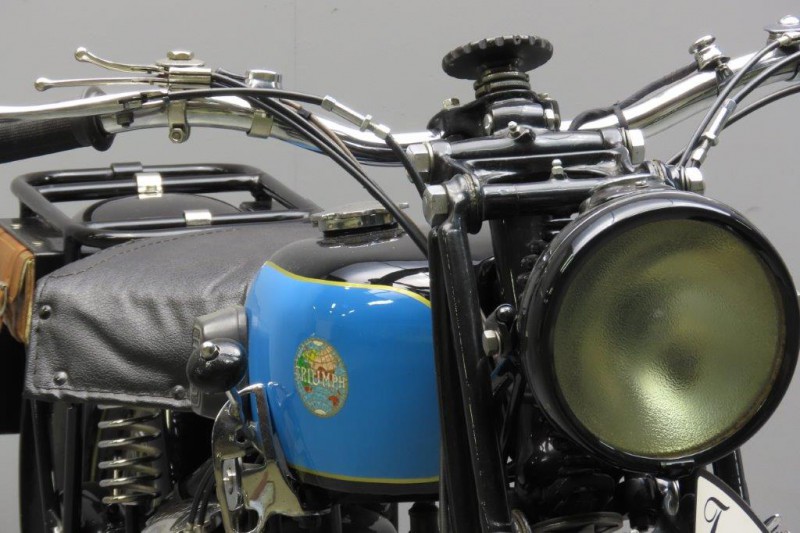 Triumph rode out the mid-‘20s depression only by the introduction of its very successful Model P, and followed this up with variations on the theme with the Models N, NP and N de Luxe. However, by the late 1920s Triumph were being overtaken by the competition, and it was definitely time for something different.
Announced in the motorcycling press at the beginning of October1928, the C.O. (348cc OHV) , C.N. (498cc SV) & C.S.D. (550cc SV) were an entirely new range of “c-series” machines.
There were a number of features that were new for Triumph and the models were a vast step forward from the Triumphs which had previously been updates from a 1906 design.
The frames were of the cradle style holding the engine therein and the engines were Triumph’s first with a semi-dry sump circulating lubrication system, as opposed to the earlier total loss system. The three models shared frames and gearboxes. (source: Peter Cornelius “Triumph-The facts”) The C.N. was listed in the 1929, 1930 and 1931 catalogues.
There were thee versions, C.N.1 without lighting. C.N.2 with acetylene lighting and C.N.3 with Lucas electric lighting system.
The C.N. has bore x stroke dimensions of 80×99 mm and hand-operated 3-speed gearbox and with its 146 kg the machine is relatively light.
This C.N. has been restored with care and looks fine in its black and blue colour scheme.