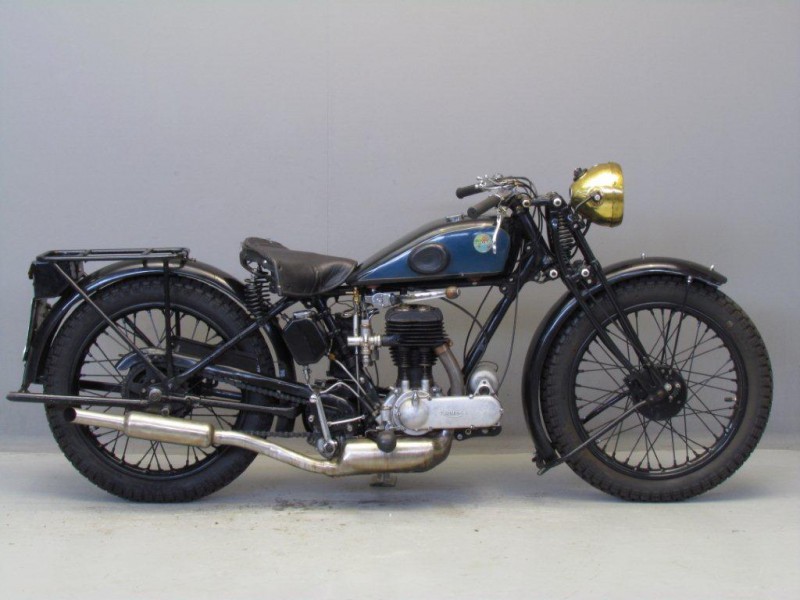 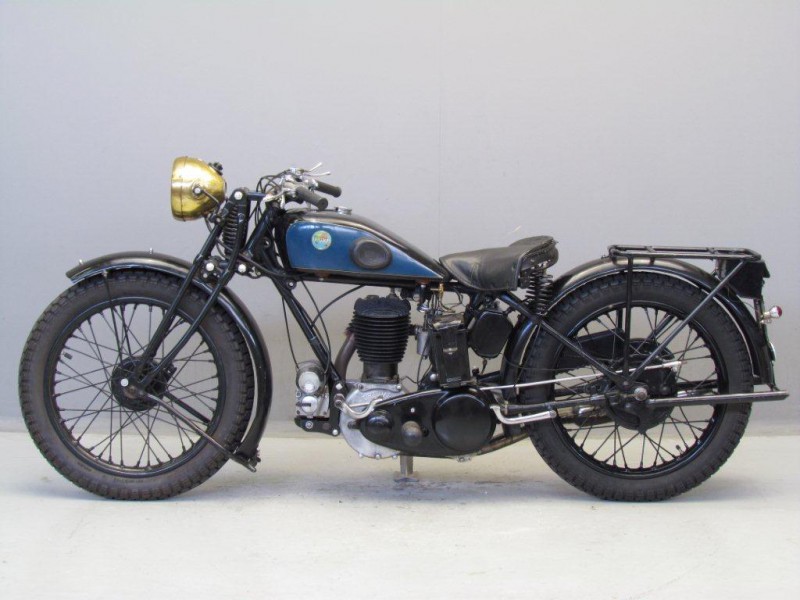 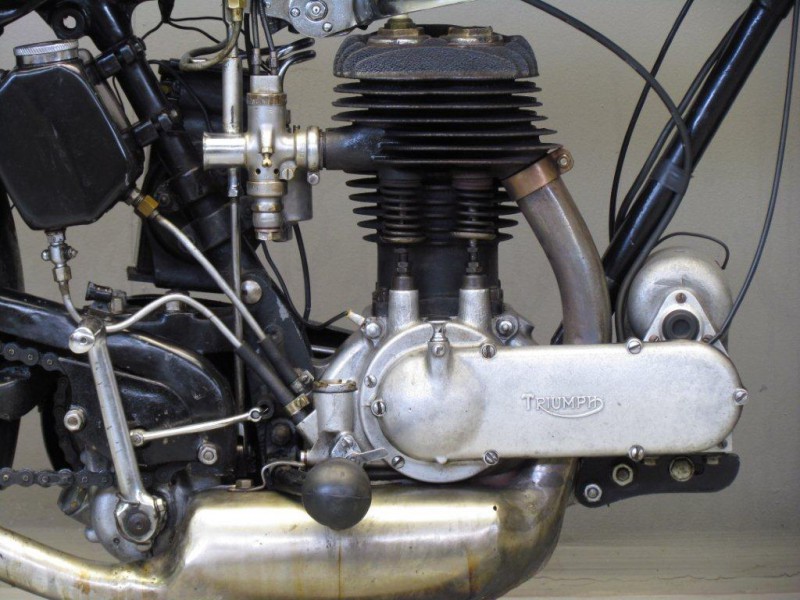 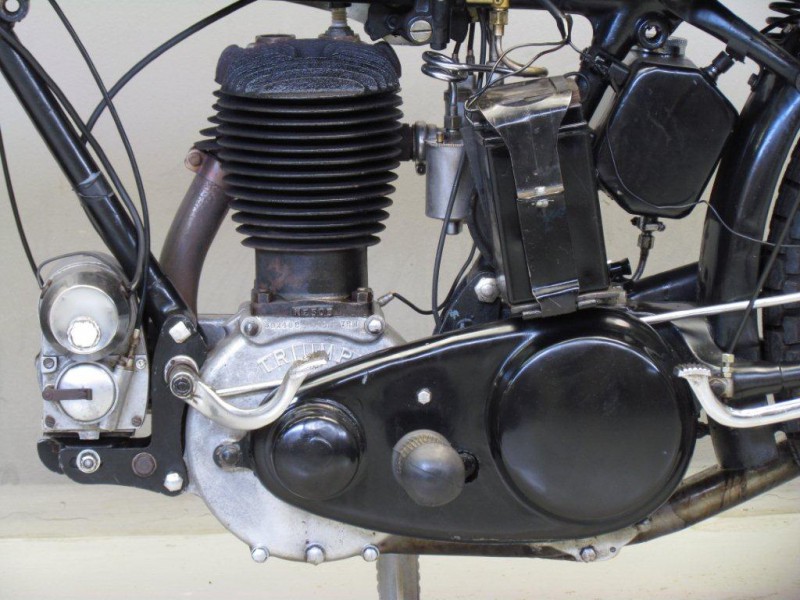 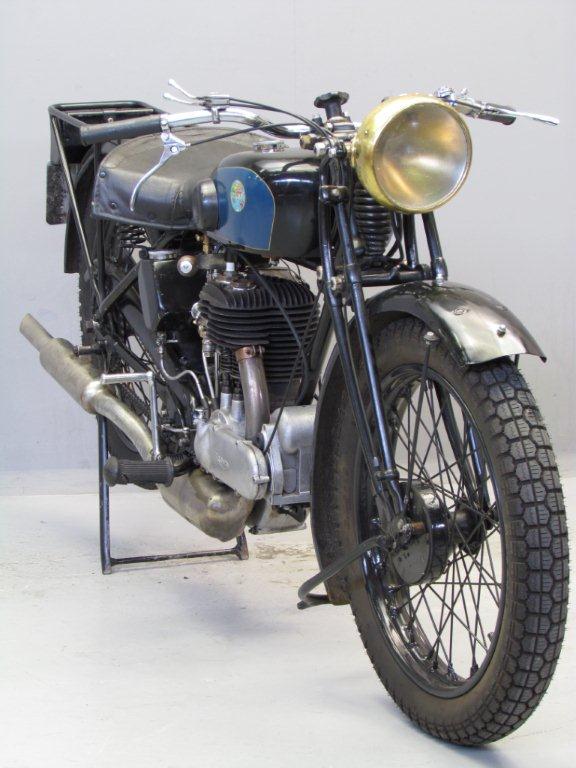 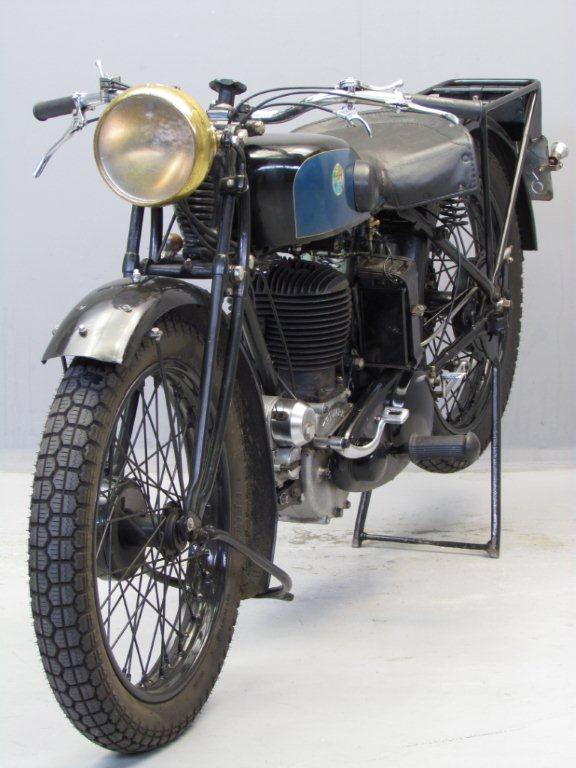 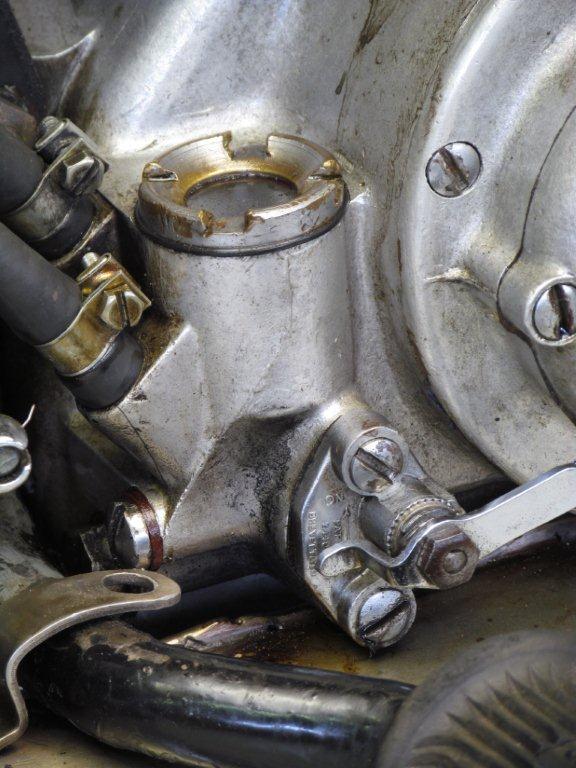 The 1928 Triumph range had been particularly small, with but four models catalogued.
Of those four 1928 machines, there was no 550cc model, at a time when it was considered necessary to have the extra 50cc for hauling a sidecar.
Failing to recognize this shortcoming it was not until April 1928 that a 550cc machine was added to the range,  basically a 500cc Model N de Luxe with an additional 10mm on the stroke.
This was the Model NSD (New SD, although it had nothing in common with the earlier Model SD apart from the engine capacity.)
By 1930 Triumph apparently realized that they were well behind the fashion of the time, which was  sloping engined machines.
Thus 1930 saw the replacement of the Model NSD by the Model NSD de Luxe, although the ‘de Luxe’ was soon dropped.
The ‘tinware’ of the De Luxe model was that of the earlier Model NSD, but with a very different ‘inclined’ engine, as Triumph would have it instead of ‘sloping’.
This meant that there also needed to be a new frame in order to accommodate the new engine, and the bike took on a very different appearance.
Little wonder that since there was a 1928 to 1930 Model NSD and another of the same name for 1930 and 1931 that an owner of one might say, "I’m supposed to have a Model NSD and it looks nothing like the one I’ve seen pictured in a book."
The NSD had  84mm bore X 99mm stroke, and a Triumph 3- speed gearbox. A major difference between the vertical-engined model and the inclined-engined models, is that the former had a ‘total loss’ lubrication system, while the latter models had recirculating oil.
Production of the vertical-engined Model NSD was approximately 4,300.  (source:  Peter Cornelius,  see  www.triumph.gen.nz .
Peter can supply   a detailed information booklet on the NSD.)
This machine is an older restoration and is fitted with   Lucas electric lighting system.