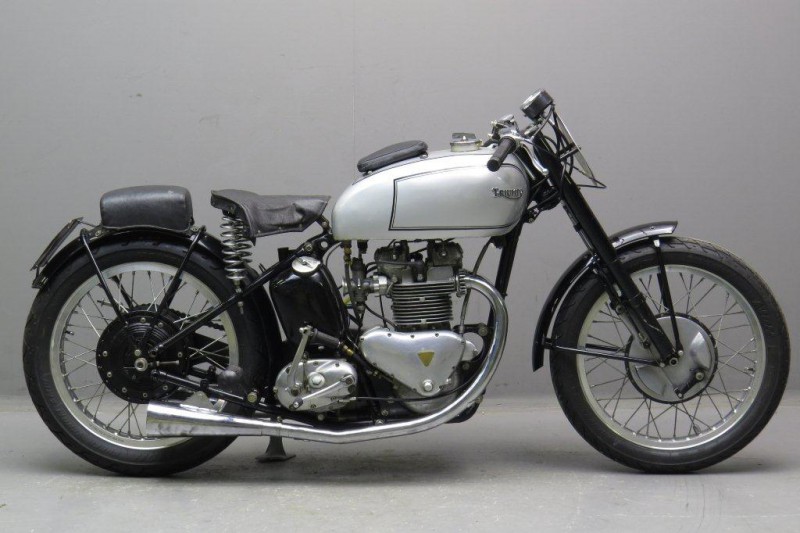 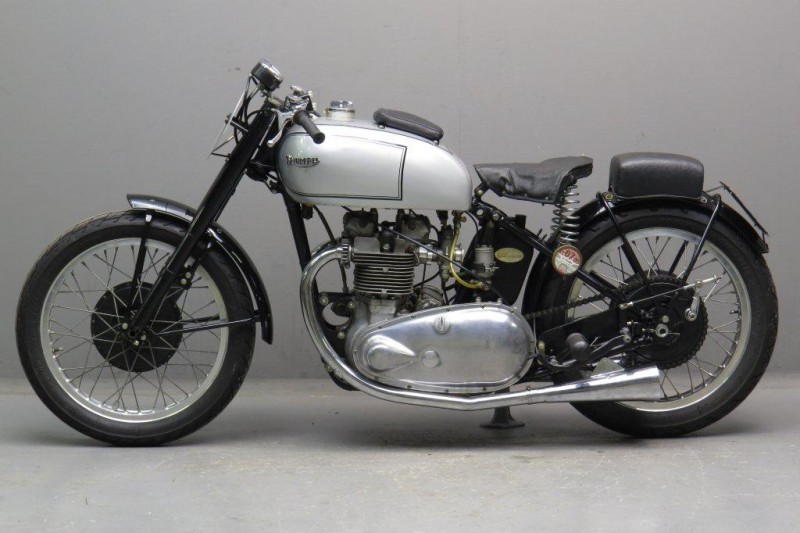 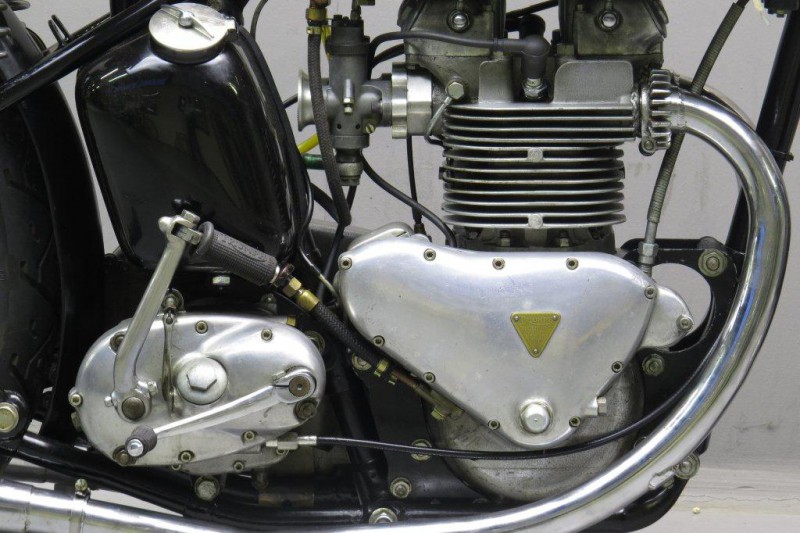 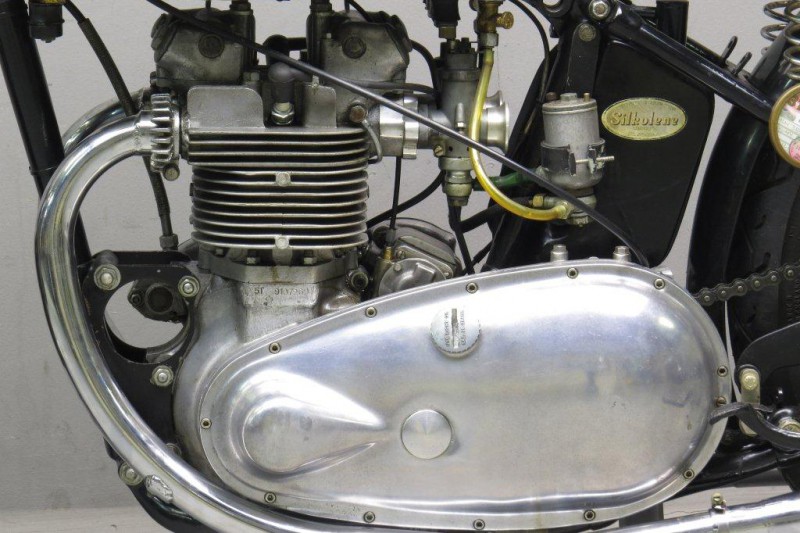 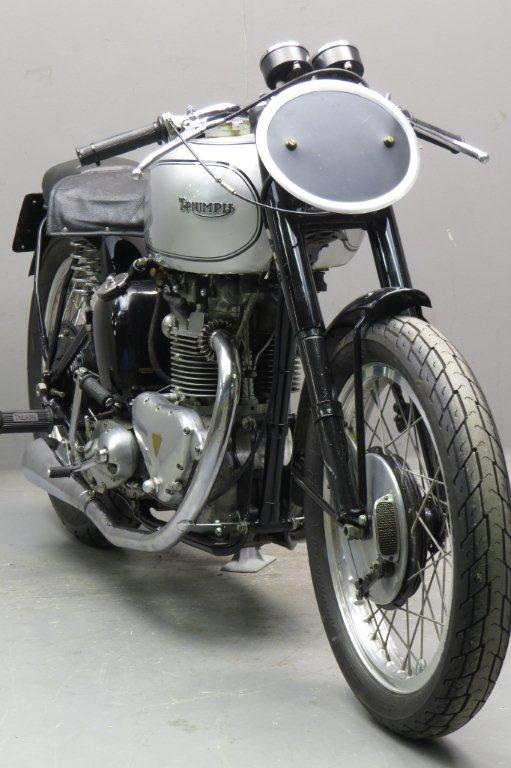 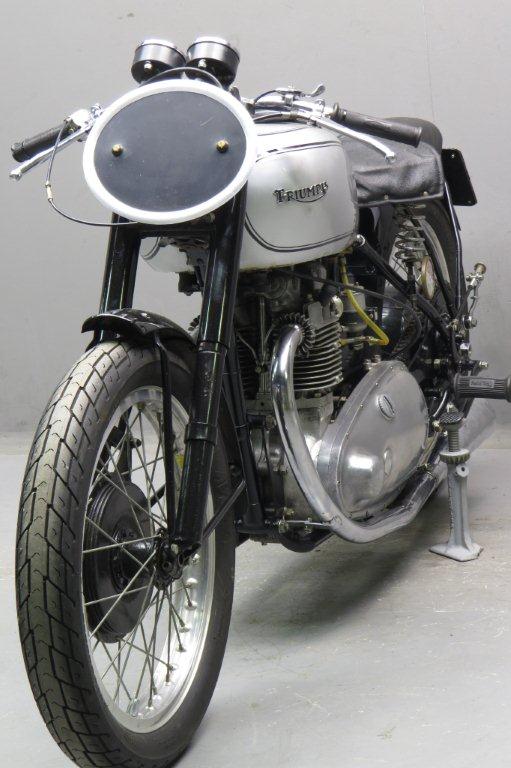 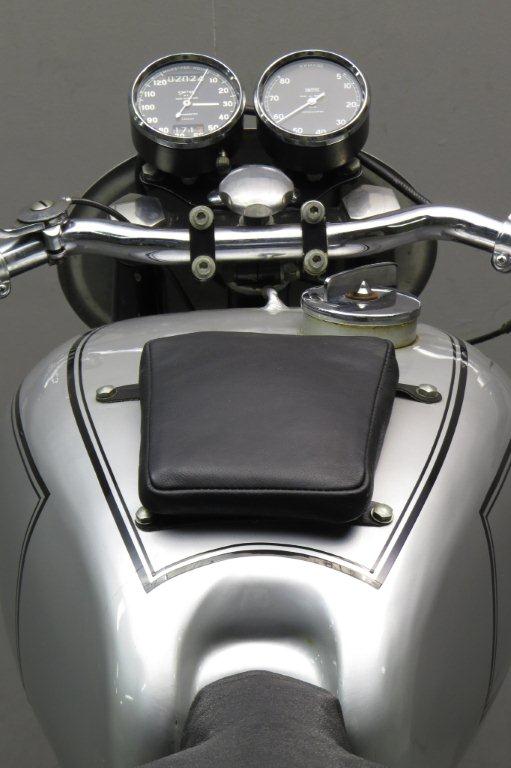 The 1946 Senior  Amateur Manx Grand Prix race was won by Irish farmer Ernie Lyons.
He rode a hybrid Triumph of which the engine had a Tiger 100 bottom-end  assembly topped by the square-finned silicon-light-alloy  cylinder block and head of a wartime RAF Triumph generator plant.
The rear wheel incorporated a prototype Triumph sprung hub.
The Manx Grand Prix success led to pressure upon Triumph to produce an over-the-counter racing model based on the Ernie Lyons machine.
After further racing development in the hands of David Whitworth, the production Triumph Grand Prix was announced in February 1948.
It remained in the programme for  a few years, in which time some 250 machines were made.
This machine is excellently restored.