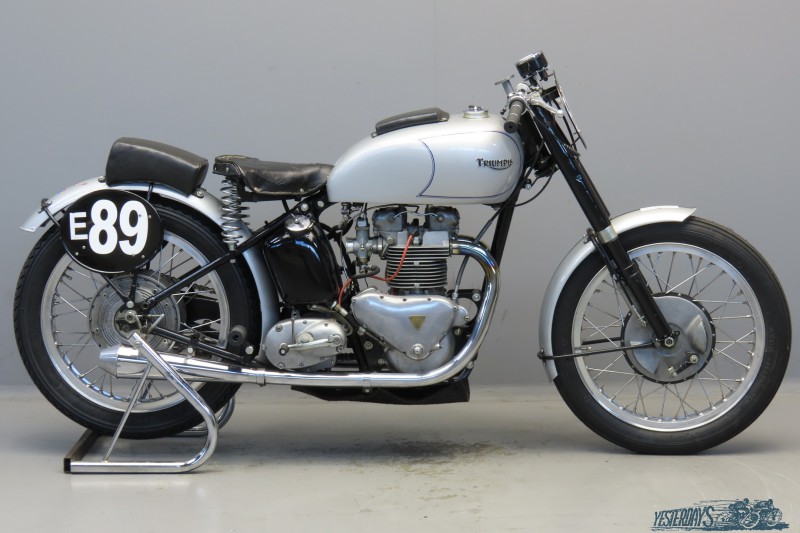 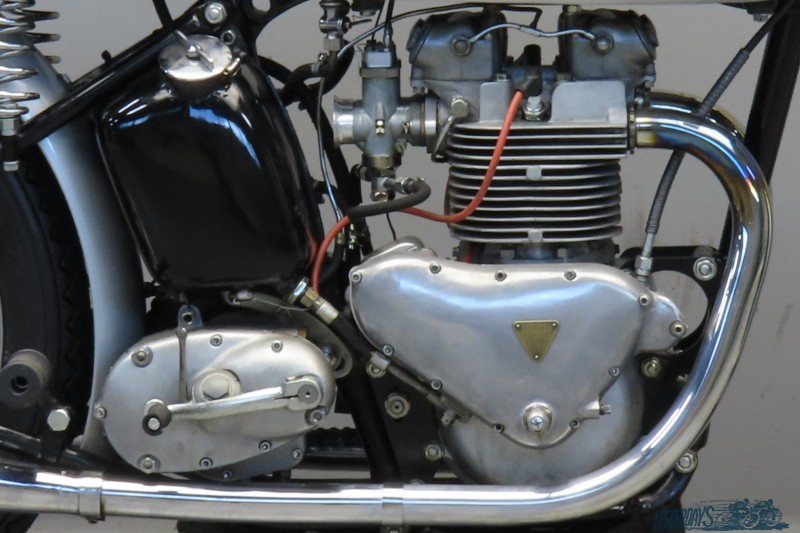 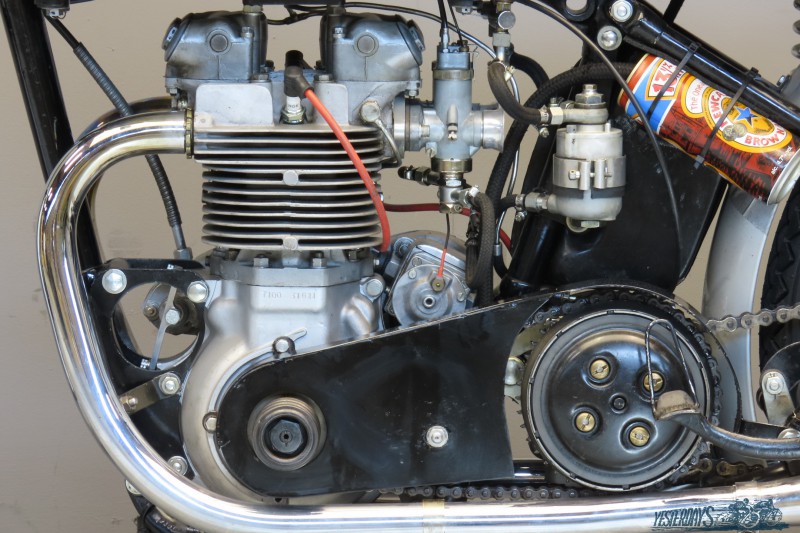 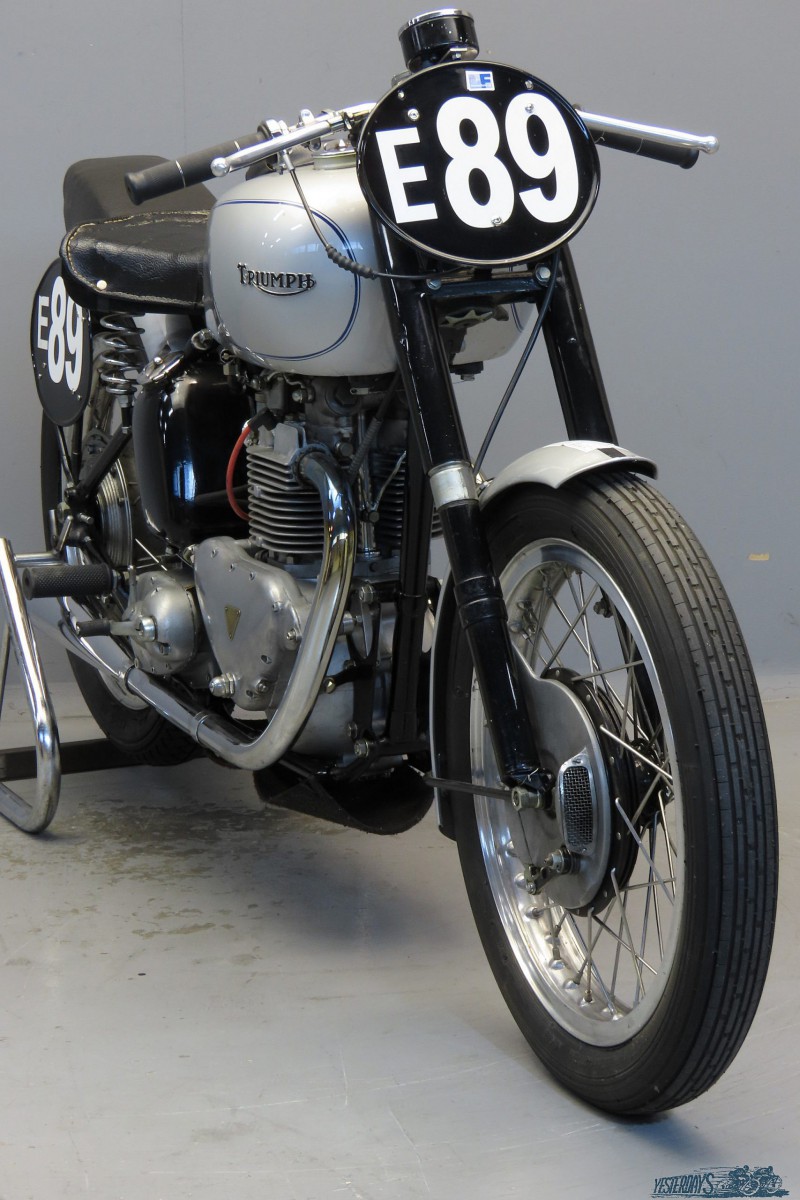 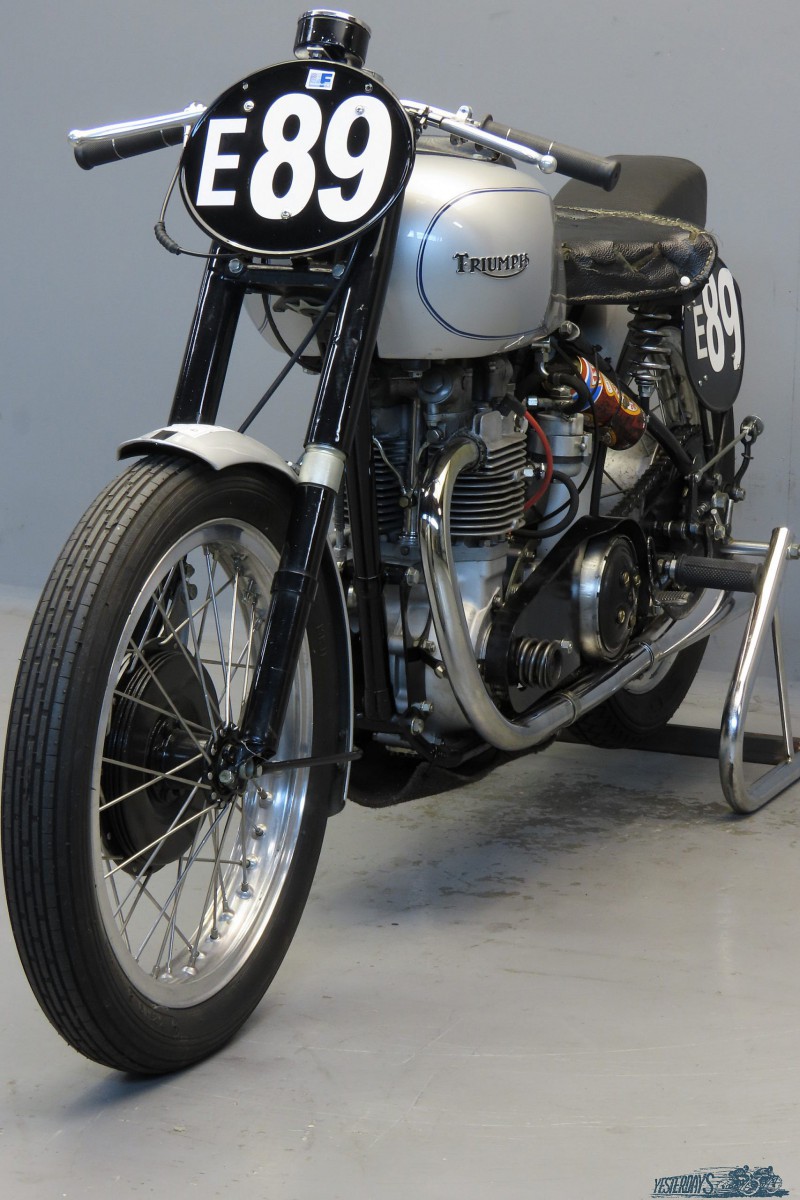 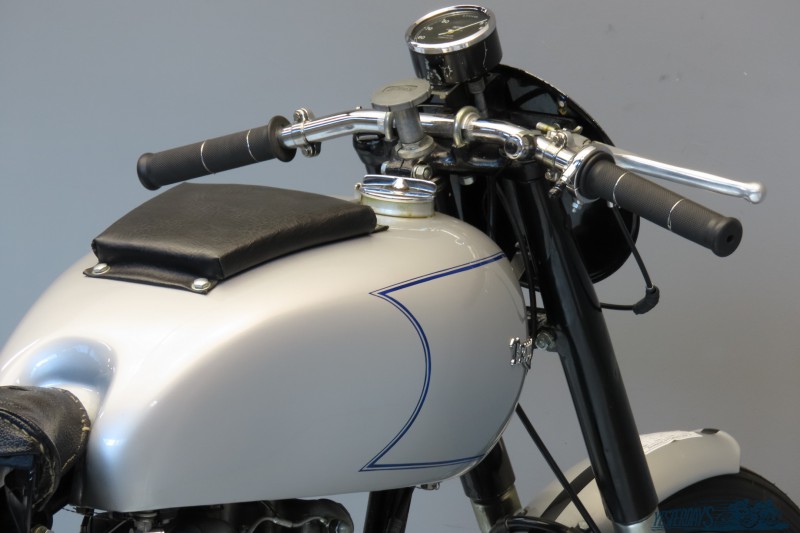 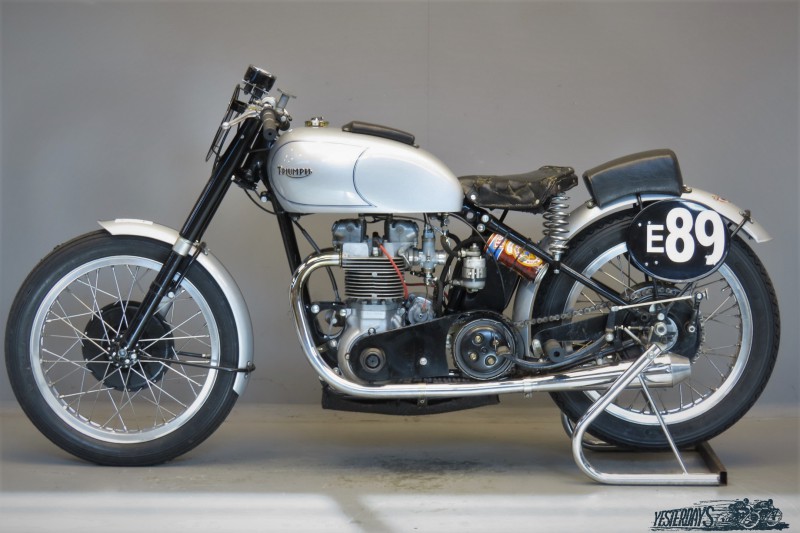 Triumph motorcycles were not keen to enter the world of road racing. However, right after the second world war, a surplus of generator motors Triumph built for the Royal Air Force turned out to have the key ingredient to solving the Speed Twins overheating problem when highly tuned: a square finned all-alloy barrel and head. The first T100 to employ the generator top end was built by Freddy Clarke and entered in the 1946 Senior Amateur Manx Grand Prix race. The machine was raced by Irish farmer Ernie Lyons who took first place. The rear wheel incorporated a prototype Triumph sprung hub. The Manx Grand Prix success led to pressure upon Triumph to produce an over-the-counter racing model based on the Ernie Lyons machine. After further racing development in the hands of David Whitworth, the production Triumph Grand Prix was announced in February 1948. It remained in the programme for a few years, in which time some 250 machines were made.

The machine we present here has been built from genuine contemporary parts. The frame is 1949 T100, crankcases are also T100. The cylinder block is genuine Grand Prix and is fitted with a “square barrel” cylinder head. The gearbox is a close ratio type and the correct Amal 276 carbs with single GP float chamber are fitted. The 8-inch front brake comes from a 650 Triumph; front rim is Dunlop, rear rim is Borrani. Both tyres are new Avon GPs. A BTH magneto and 8000rpm Smiths speedo are also part of the equipment and the rear suspension is taken care of by a sprung hub. This well-sorted machine has been used regularly for demo races in Germany from 2008-2011 and since the engine was rebuilt in 2014 it has not been raced anymore.