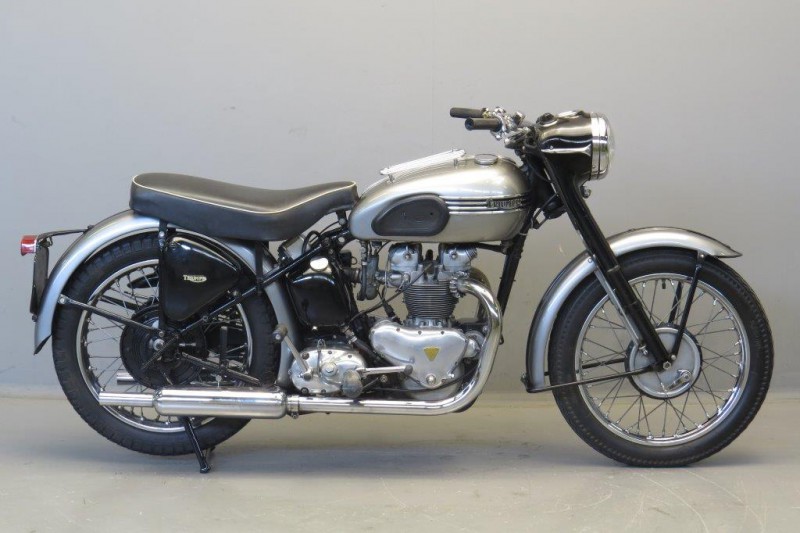 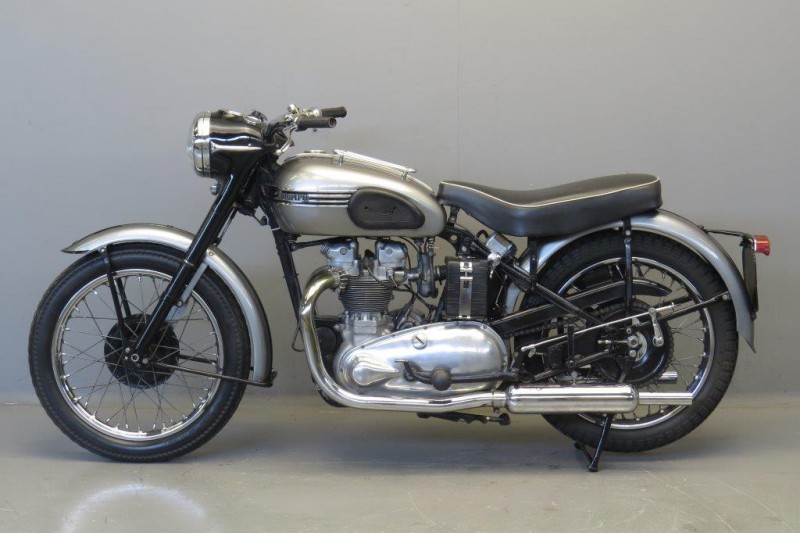 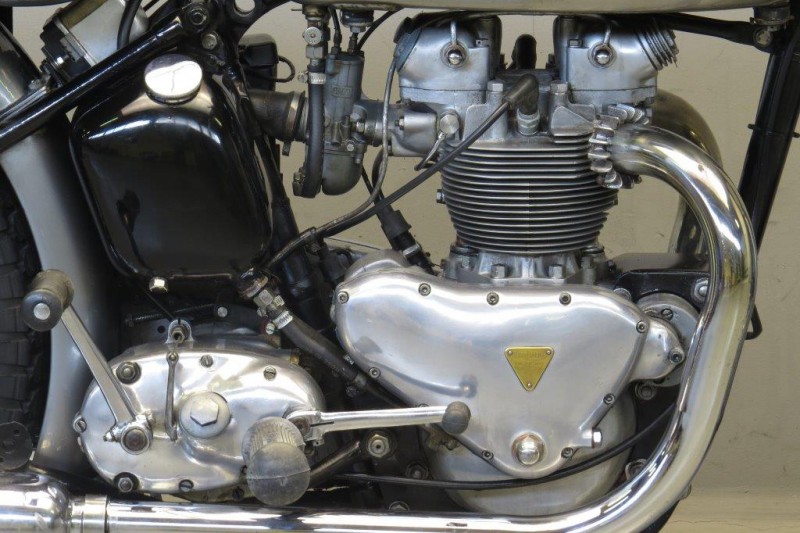 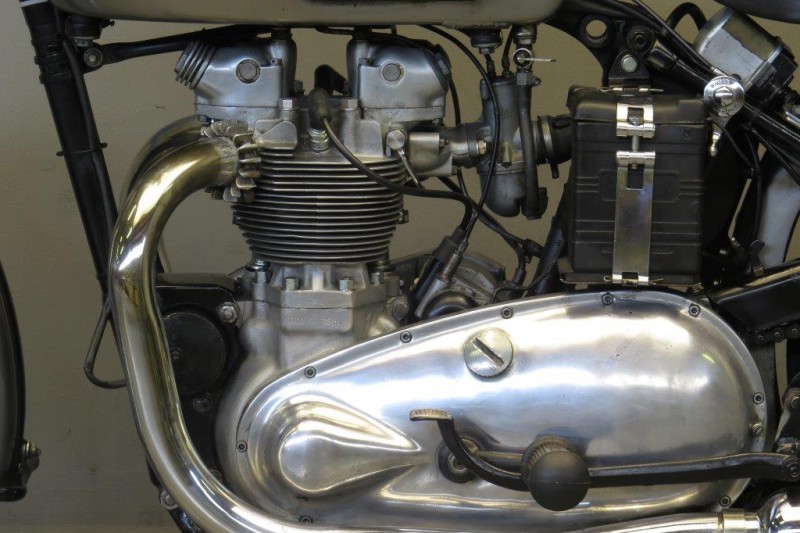 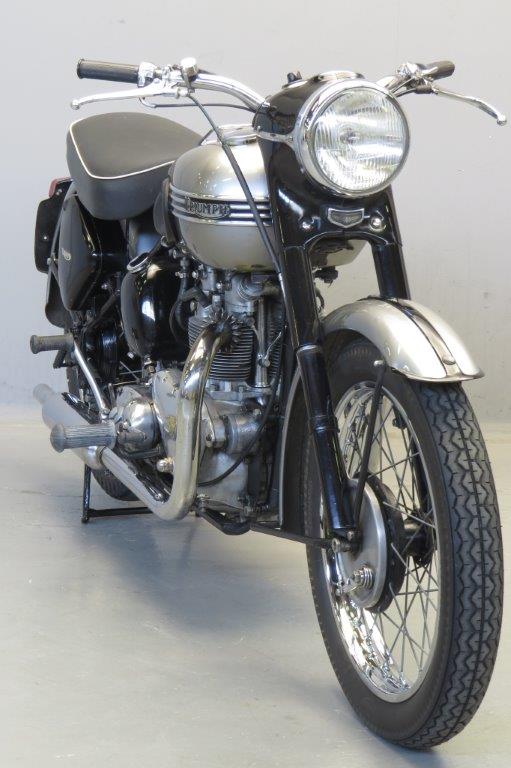 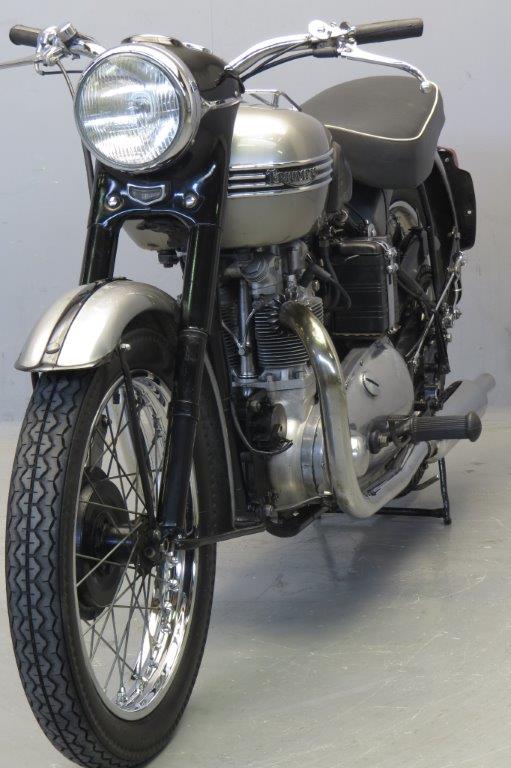 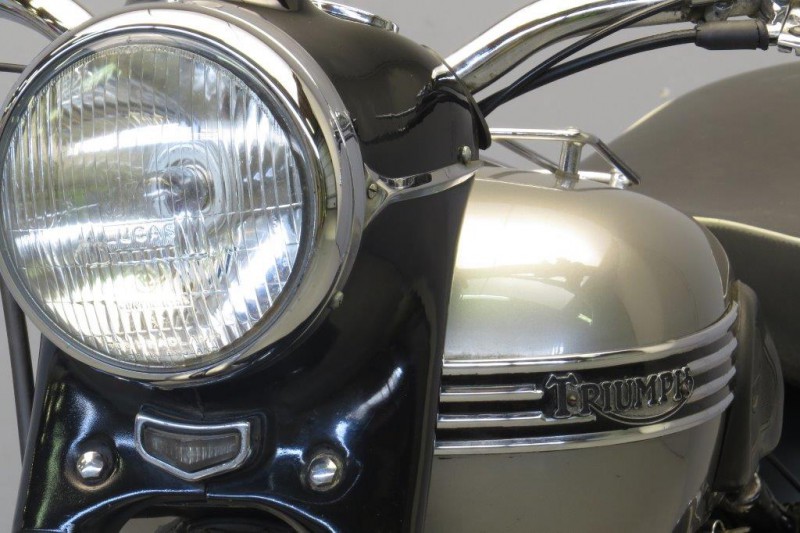 The Tiger 100 sports version of Edward Turner’s trend-setting Speed Twin was launched in 1938, reappearing in 1946 with telescopic forks in place of the original girders, and separate dynamo and magneto instead of the pre-war version’s magdyno.
Produced almost unchanged for the next three years, the Tiger gained Triumph’s distinctive headlamp nacelle in 1949 when the range was restyled.
An alloy cylinder head and barrel were adopted for 1951, these and other engine improvements boosting power to 32bhp.
Triumph twins could be ordered with the here offered, optional ‘sprung hub’, which offered a limited amount of rear suspension movement.  Triumphs of the Edward Turner era are among the most stylish of post-war British motorcycles, and the Tiger 100 with its handsome all-alloy engine is one of the most charismatic and sought after of them all.
This example is fitted with aforementioned sprung hub and is well running and nicely presented.
This Tiger 100 is ready to turn its head to the horizon…