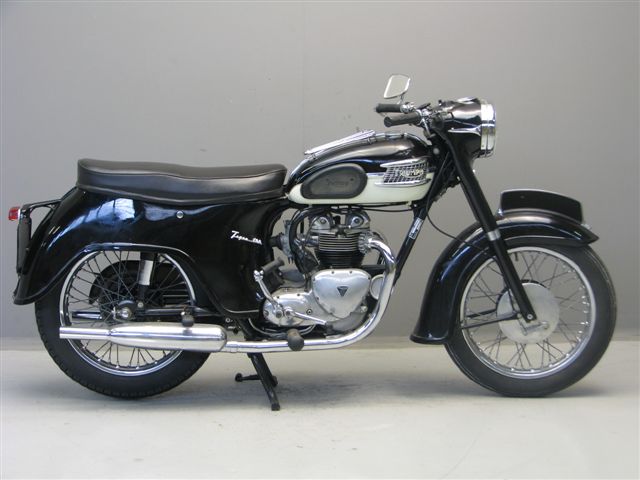 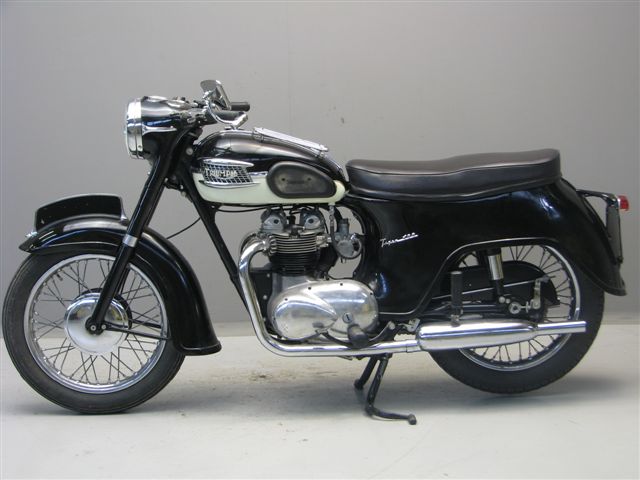 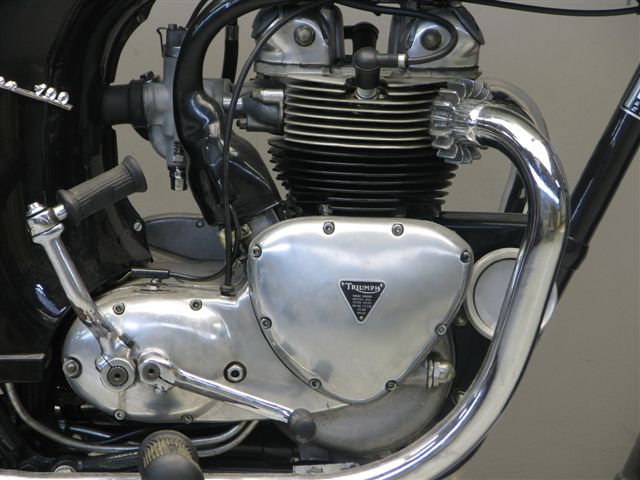 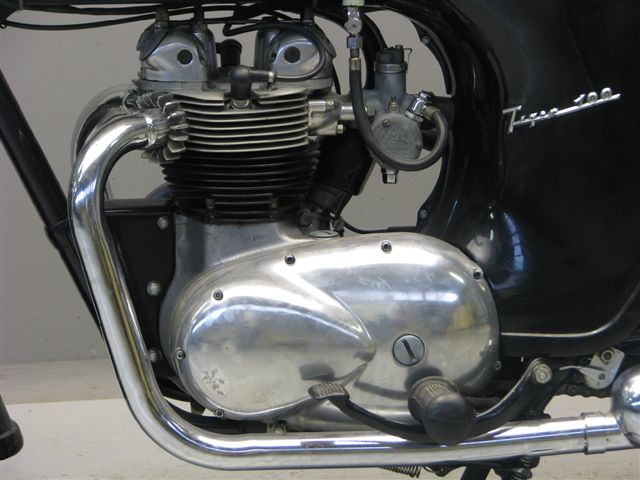 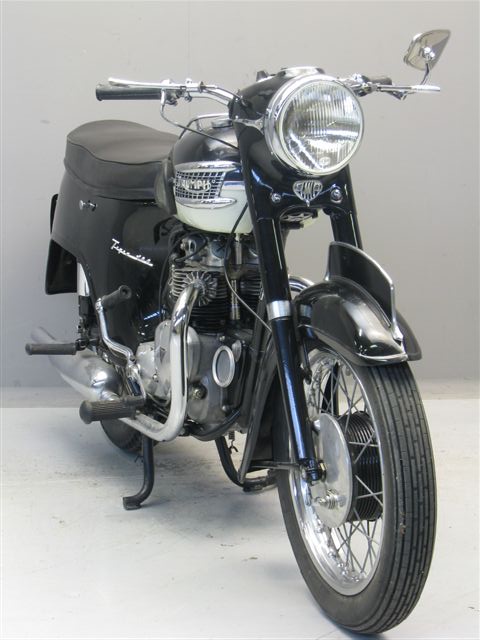 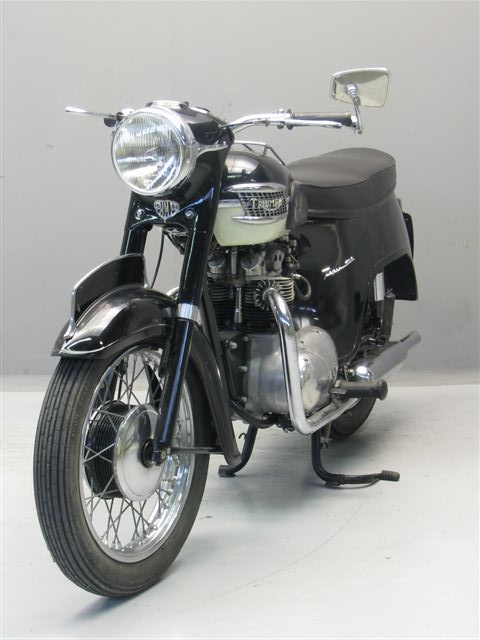 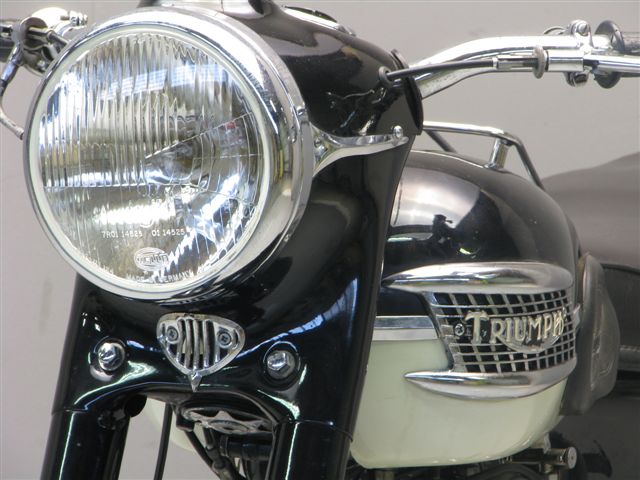 Introduced in 1939 the T100 Tiger series was a success from the outset and was destined to continue as a major earner for Triumph
right through until the last days pre the Meriden sit in.
The T100 first appeared in 1954. Originally produced with a cast iron cylinder block and head, this was quickly replaced with a light alloy cylinder head with special airways to improve cooling and austenitic iron valve set inserts.
The external oil fed pipes were also replaced with internal oilways via the pushrod tubes.
The Triumph Tiger 100 was named because it was capable of 100 mph (160 km/h).
The popular 490cc parallel twin not only rode particularly well but also had the commonly shared Triumph attribute of particularly attractive appearance.
The T100A of 1961 developed a useful 34bhp at 7,000rpm and featured coil ignition.This Tiger 100 was fitted with the enclosed panels which earned it the nickname ‘bathtub’.
However was soon replaced by the Triumph Bonneville.
This 1961 T100 500cc OHV "bathtub" twin  is an older restoration and runs very well.