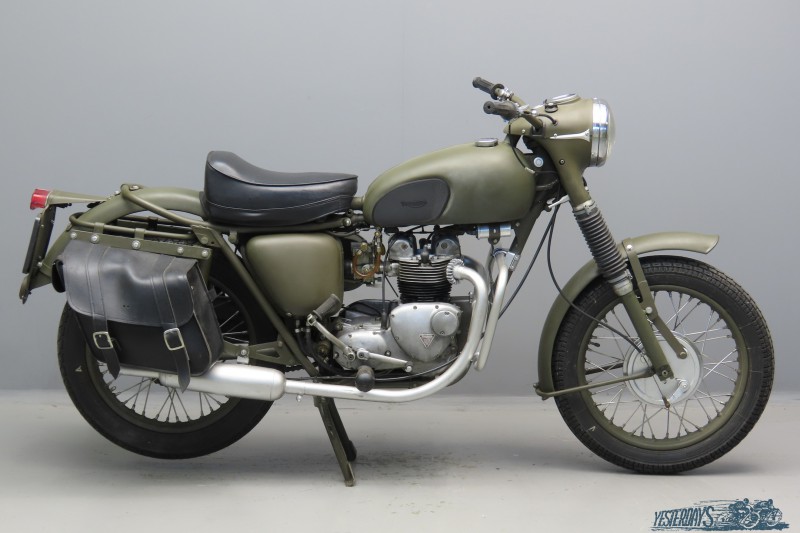 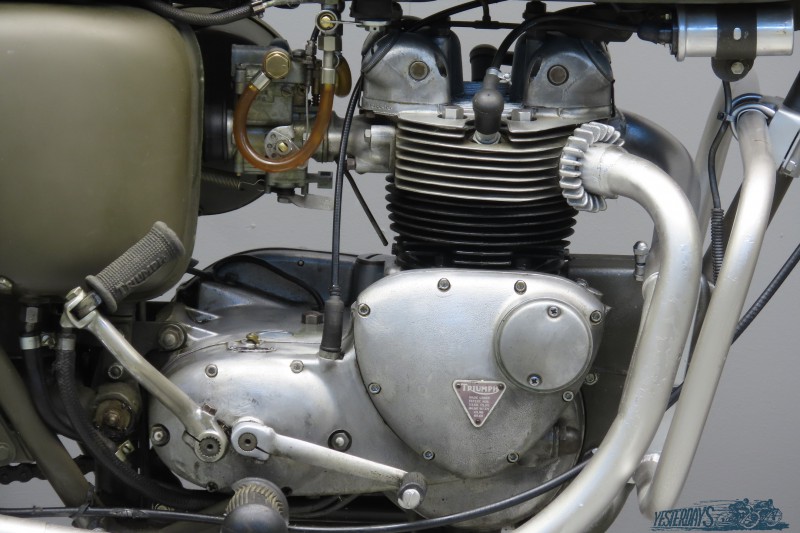 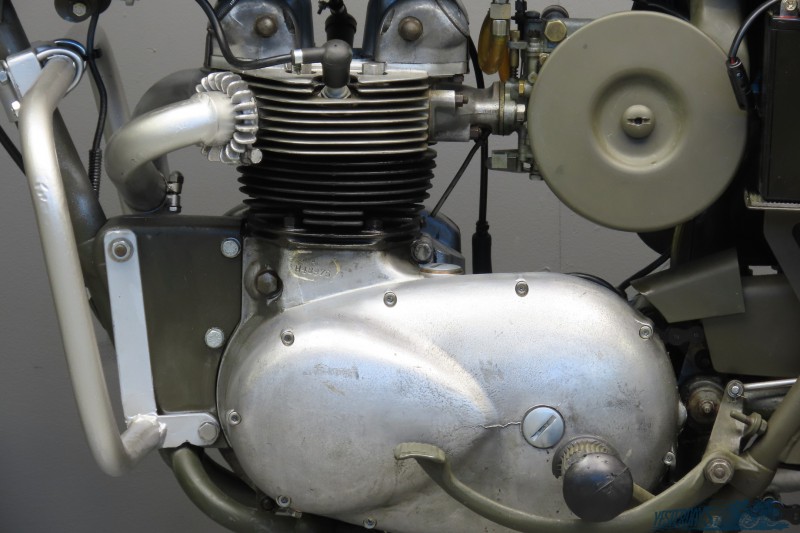 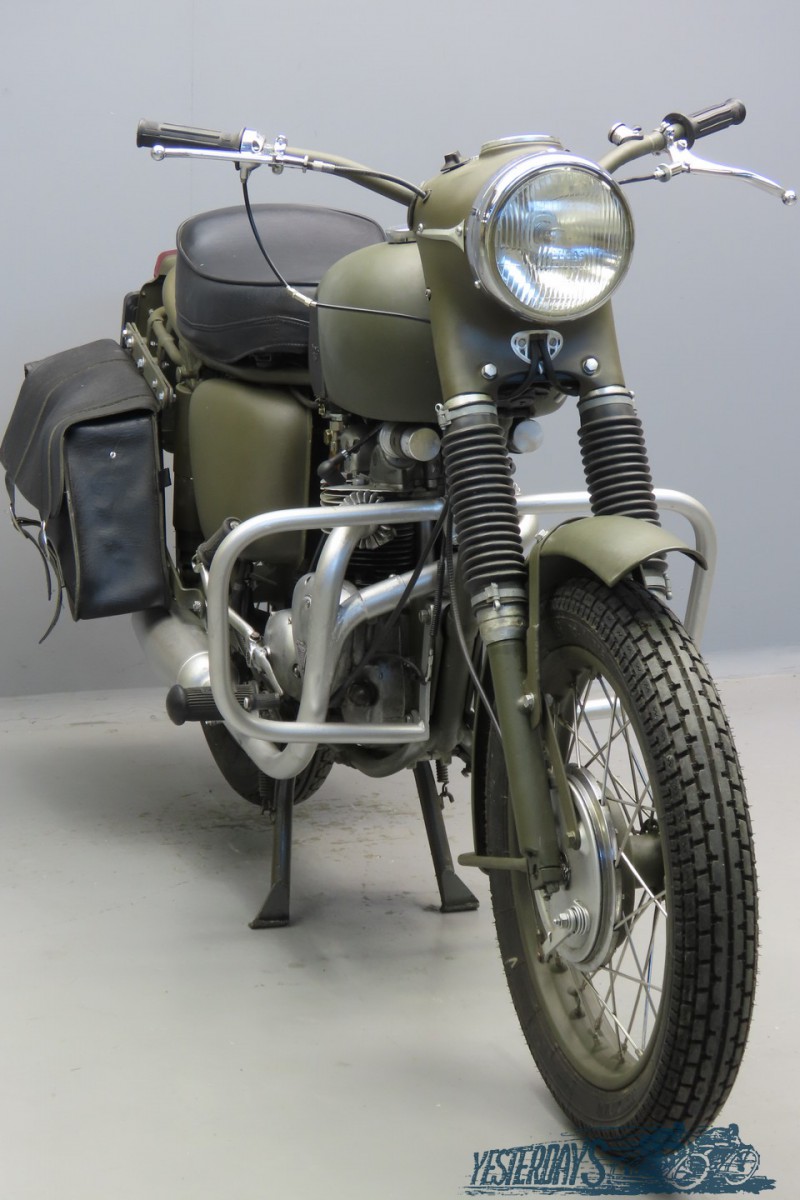 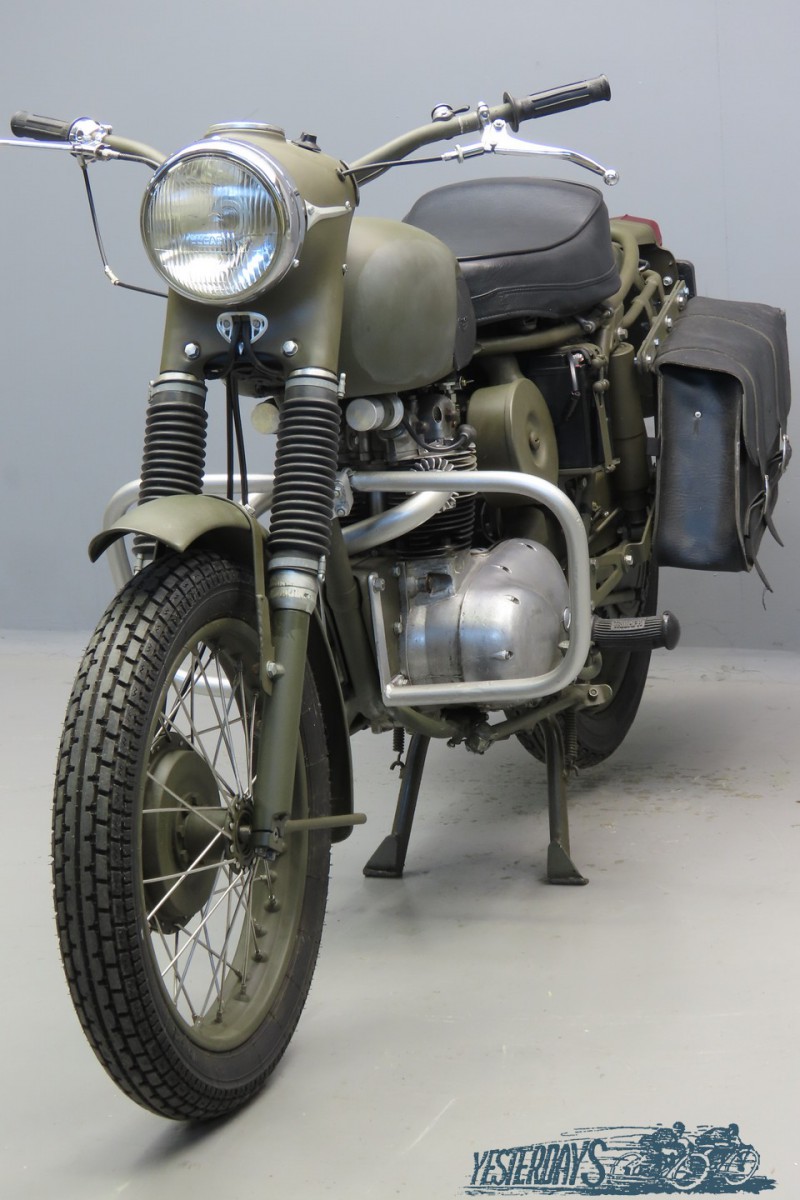 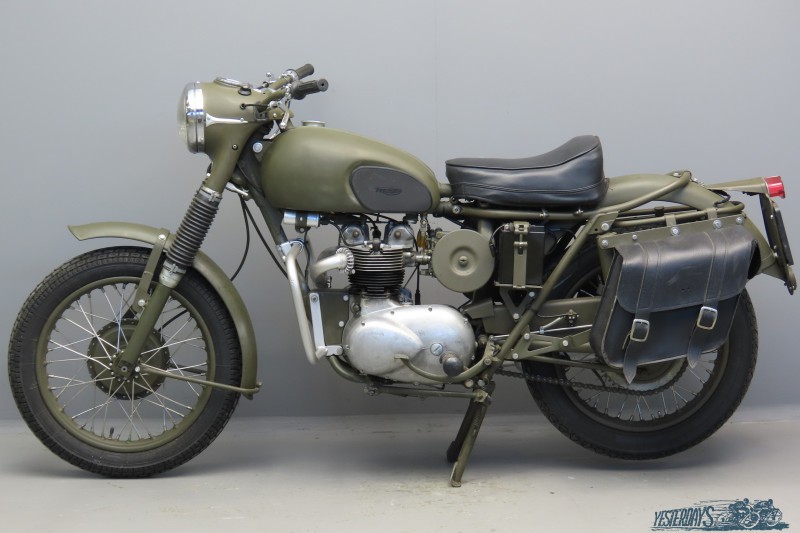 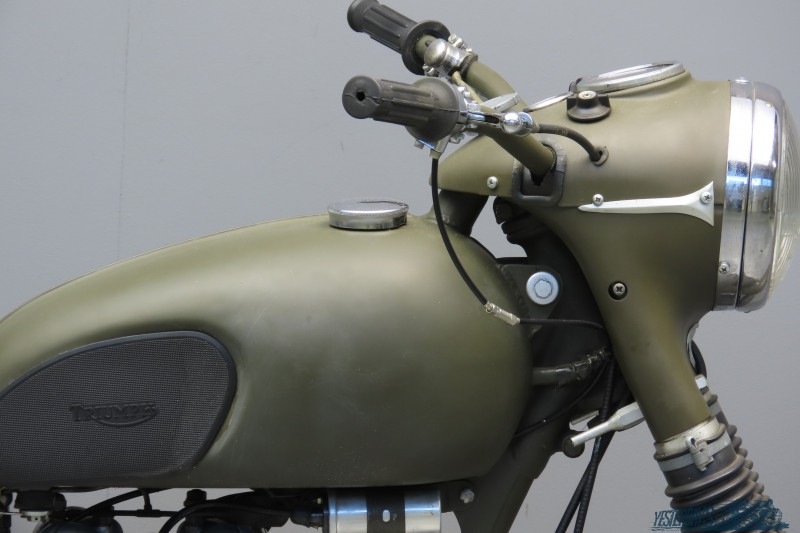 The purchase of the Triumph Model 3TA by the Dutch Royal Army in 1966 was a multi million guilder order.
Specialists still argue about the correct number of bikes purchased, but figures were in the 1200 to 1500 range.
The machines served till 1988, when the remaining survivors were sold off.
Within the Triumph Owner Club Nederland (TOCN), the group of 3TA owners is the one but largest.
The largest group are the owners of the T140s from the seventies, followed by 200 3TA owners which is a considerable number for a club with a total of 1200 members.
Besides that there is still a demand for 3TAs and parts, which can be concluded from the advertisements.
Many people want a simple vintage motor bike which is easy to maintain and doesn’t give too many problems.
The 3TA meets those requirements.
For the Dutch Army, the civil model was slightly adapted, by, e.g., mounting a Solex carburettor, a solo seat, a two-in-one exhaust pipe and leather army bags.
The bike was painted in army green, but basically it was an ordinary 3TA. (Note: the gear box was provided with WR (Wide Range) gears for a different transmission ratio in order to be able to ride off the road).
The 3TA was born in Meriden; it was the first unit-construction and was given the nick name “Twenty One” referring to both the Triumph Engineering Company’s 21st anniversary and the 21 cubic inches, the American notation for 350 cc.
The first models of the civil 3TA were provided with steel plating, the famous “bath tub”.
Gradually the plating disappeared, leading to a 3TA which looked more and more bare.
Until late 1966, the nacelle (integrated head light speedometer and switches) remained.
Yet the 3TA had some smart ideas included like the hinged solo seat and the unit-construction.
The fact that the frame was hardy sturdy enough for an 18 HP engine was almost usual at that time.
Motorbikes were of low cost design and not built for robustness.
There even was a period when Triumph eliminated the upper frame tube, as the petrol tank was designed as the part of the supporting frame and supposed to absorb the strains, but this design change was rapidly reverted.
It is a known fact that civil 3TAs had a poor road ability, despite the low weight.
In comparison with the civil 3TAs, the performance of the army 3TA was superior, not just because they were the last units from a large series, but also because of the attention Doug Hele gave to both the telescopic fork and the swinging fork at that time.
Further improvements were made by the construction of oil channels and return valves.
The army 3TA was the first bike where the swinging fork was firmly mounted to the frame.
Despite its shortcomings, the 3TA remains an excellent bike which is easy to restore. (adapted from: www.triumph3ta.nl)
This 3TA was delivered to the Dutch forces by importer Stokvis and Sons in March 1967.
In 1996 it was “civilianised” and got a civil registration.
Some time ago it has been restored to army specifications.
The bike is in good condition and comes with a pair of black pannier bags.