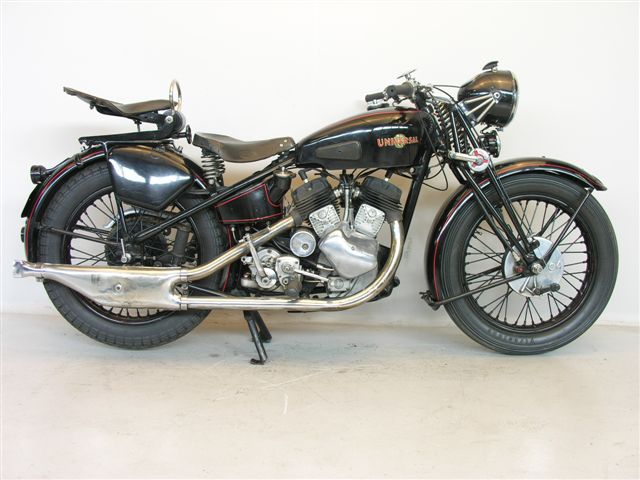 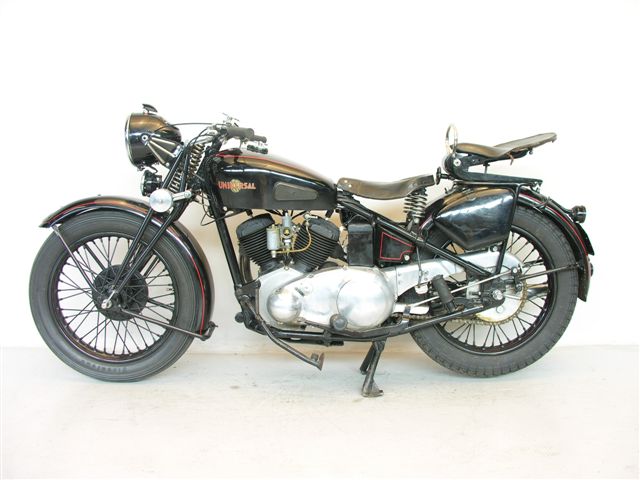 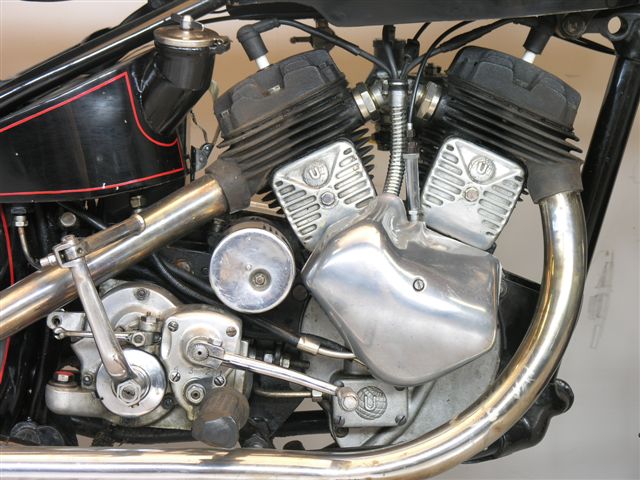 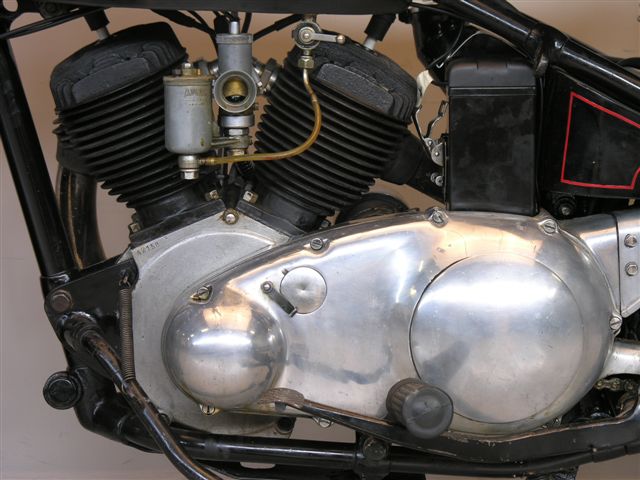 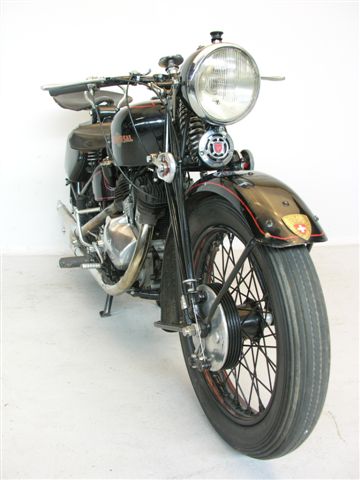 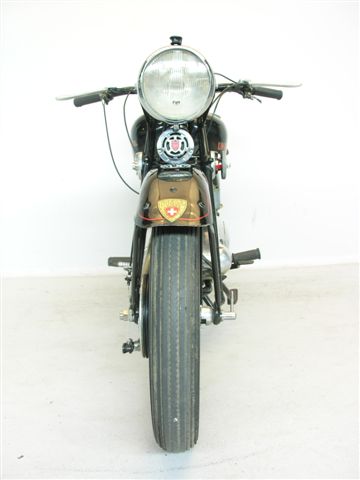 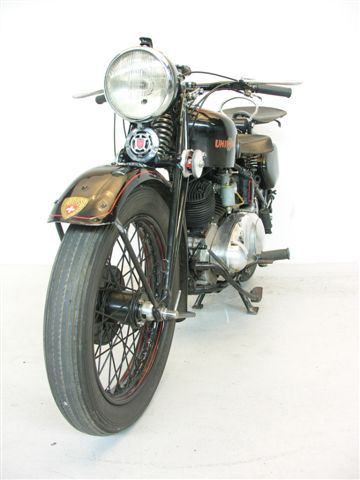 In the mid 1920s   a local machine factory produced   “ Helvetia” two stroke motorcycles in the Swiss town of Willisau .
In 1928 a certain Mr.
Vedova stepped in; apparently he made considerable changes because from 1929 on the company continued motorcycle production under the  “Universal” brand name.
The venture was to become very successful: it grew to be the third biggest motorcycle producer in Switzerland. In the early years the firm relied rather heavily on British parts: JAP engines, Burman gearboxes, Reynolds tubing and Binks carburetor were used on Universal machines.
In later years the company developed its own engines; in the years after the war the flat twin was a very good machine.
In the course of the 1930s the firm more and more relied on its own engines, although the JAP parentage was still visible in some of the designs.
This 680 cc luxury touring model has aluminum primary chain case and chain guard, angular drive magneto, Scintilla electrics and Alpha Lecloche speedometer.
It is equipped with Dunlop Drilastic saddle, pillion seat and jiffy stand.
The machine is restored and an excellent runner.