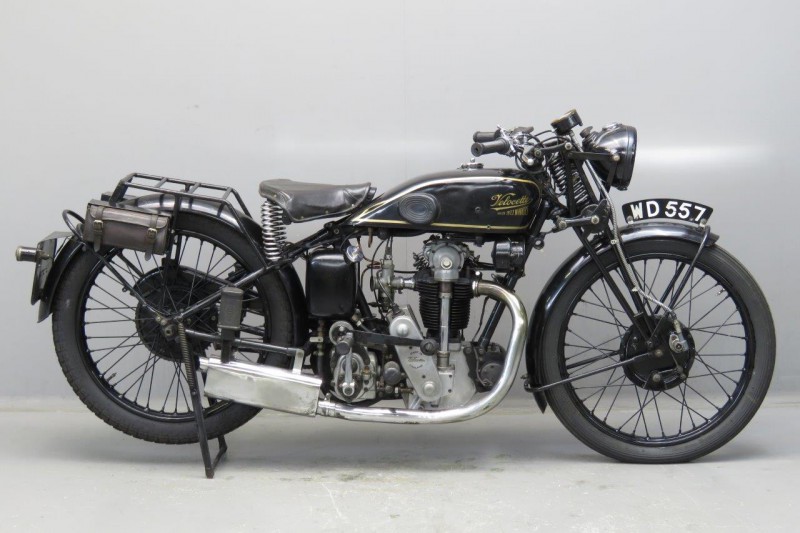 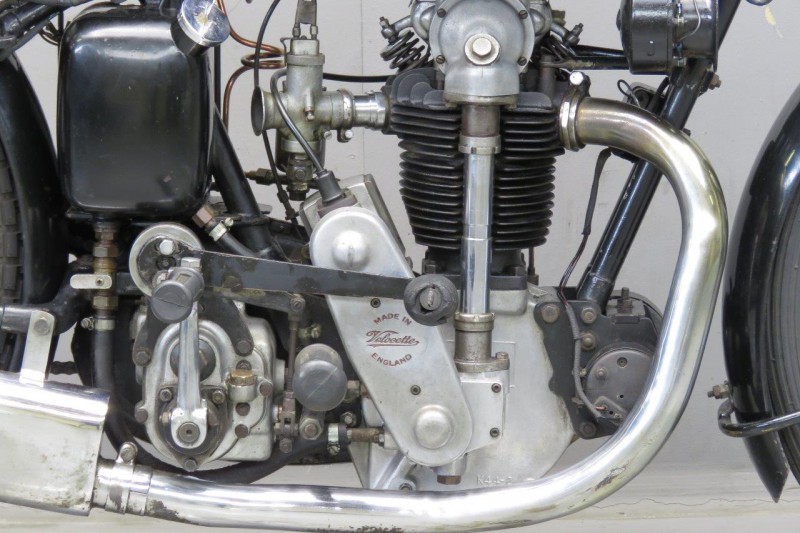 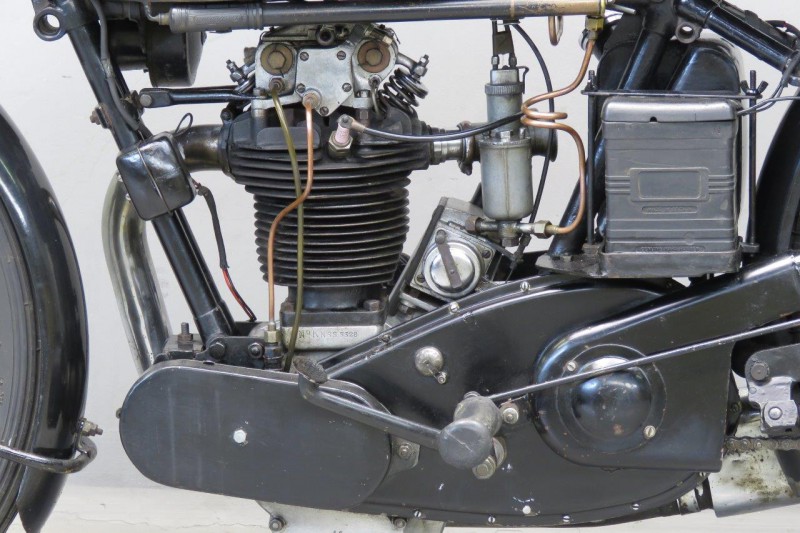 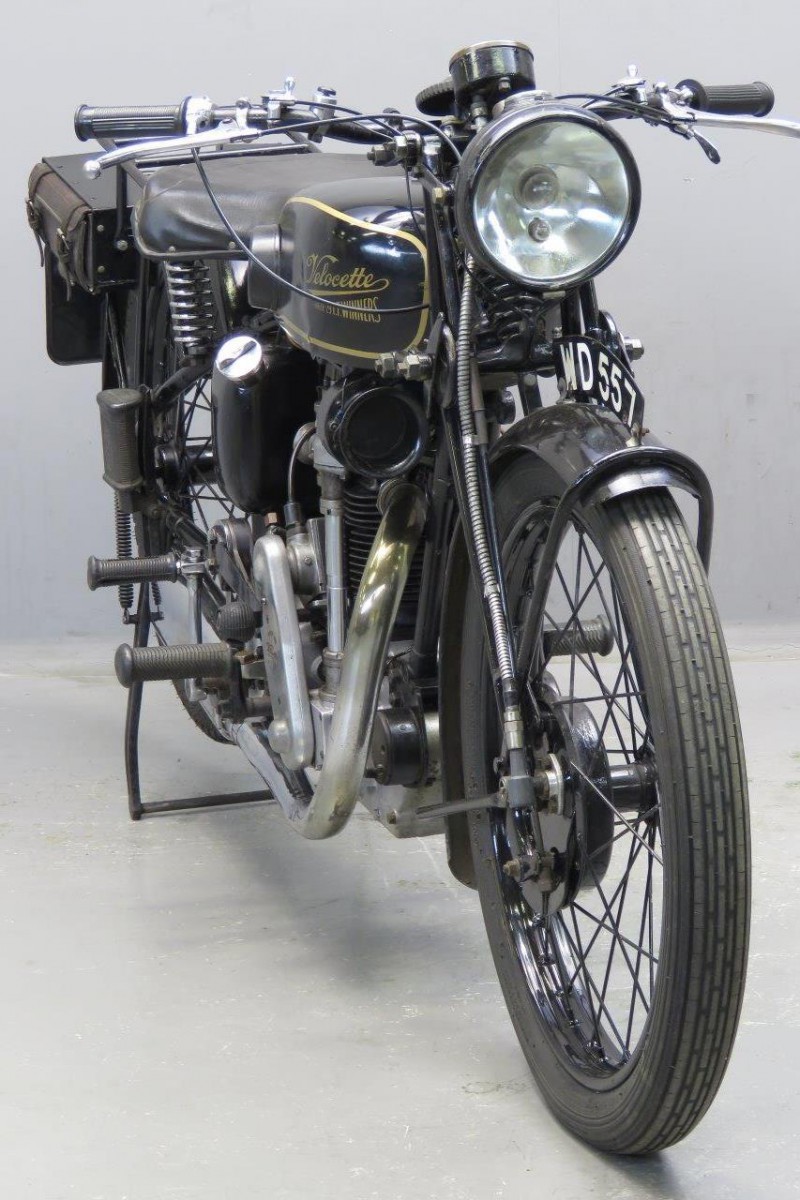 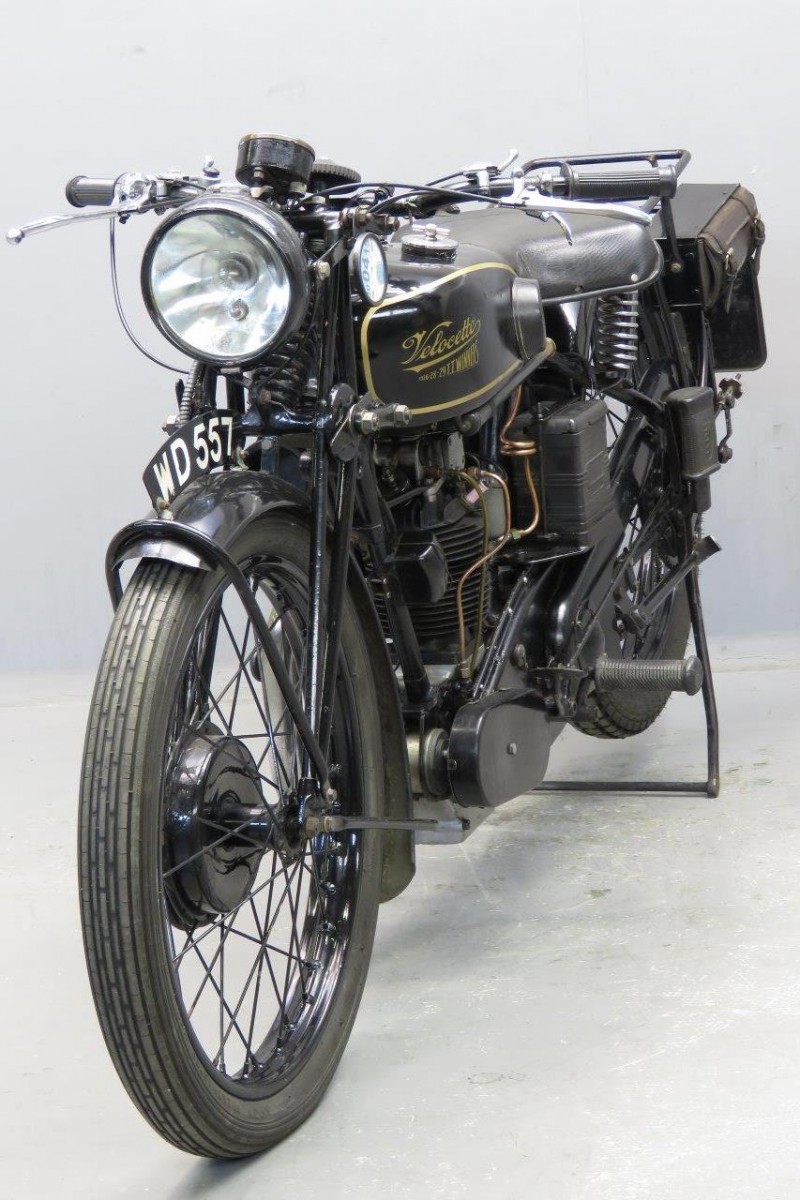 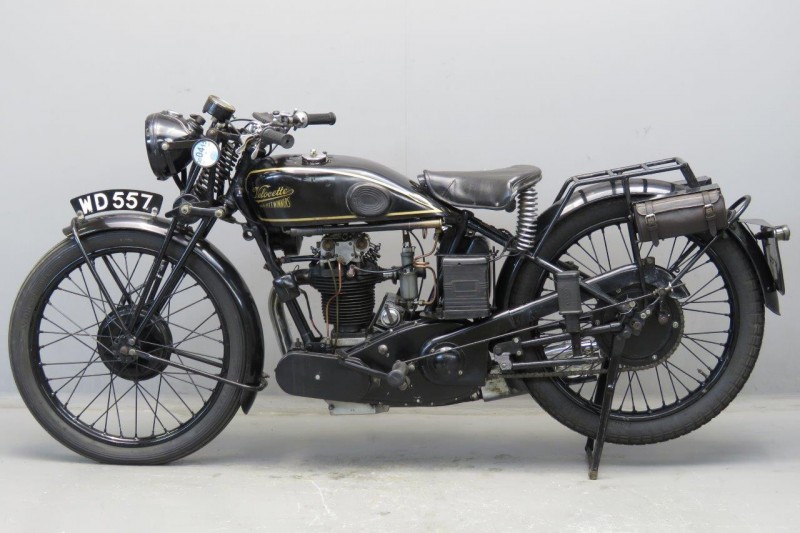 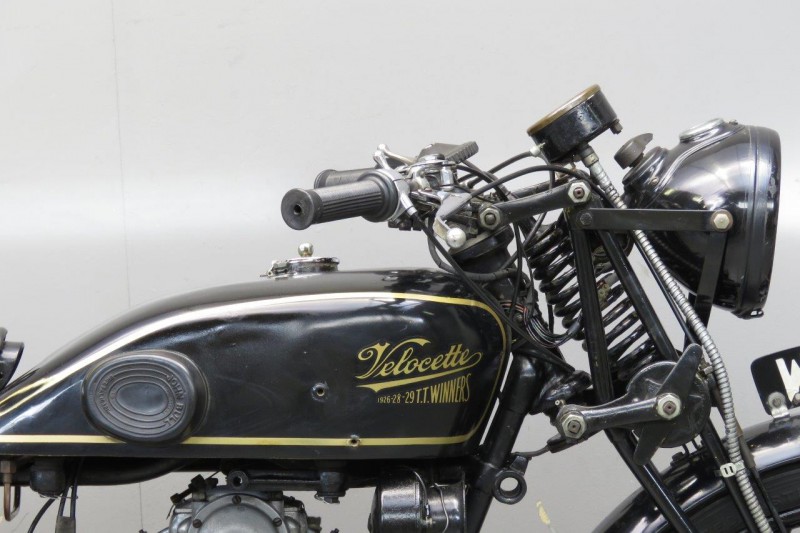 The firm of Veloce Ltd. was formed in 1905 by Johann Goodman.
It was a family business that concentrated on sound motorcycle engineering principles.
Their first machines were lightweight four strokes; after that a line of top-class 250 cc two strokes was brought out.
In 1924/ 25 Percy Goodman designed the 350 cc overhead camshaft model K, a machine destined to win many TTs and other races, starting with the 1926 Junior TT that was won by Alec Bennett, who finished ten minutes ahead of the second placeman.
The model KSS (K for overhead camshaft, SS for super sports) first appeared in 1925.
It had bore x stroke dimensions of 74 x 81 mm and a power output of about 19 HP @ 5,800 rpm. From the KSS the successful KTT was developed, this was the first over-the-counter production racer to become available to the general public.
The KSS remains one of the most sought-after models by collectors who appreciate a really good British motorcycle with an impeccable pedigree.
This light and agile KSS has a top speed of about 80 miles per hour and weighs a mere 265 lbs.
It has a practical foot operated gear box and has been restored a number of years ago.
She’s in excellent mechanical condition throughout.