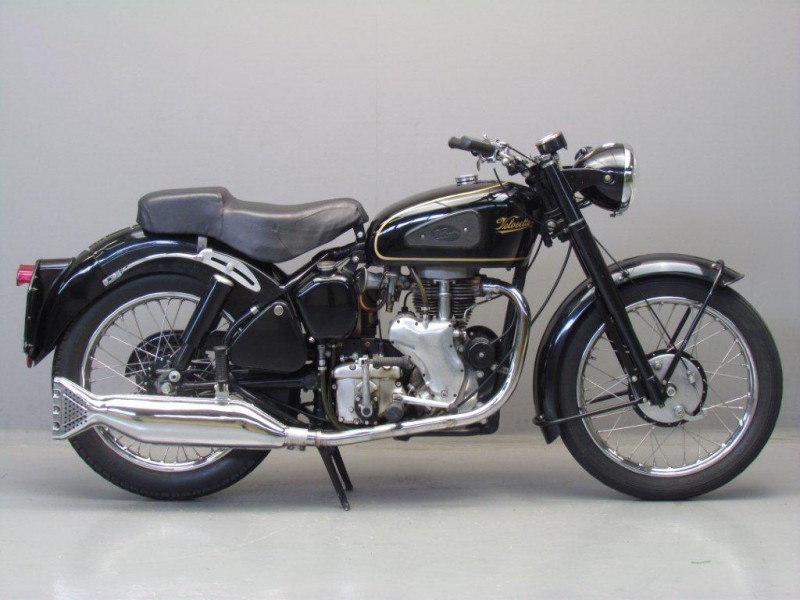 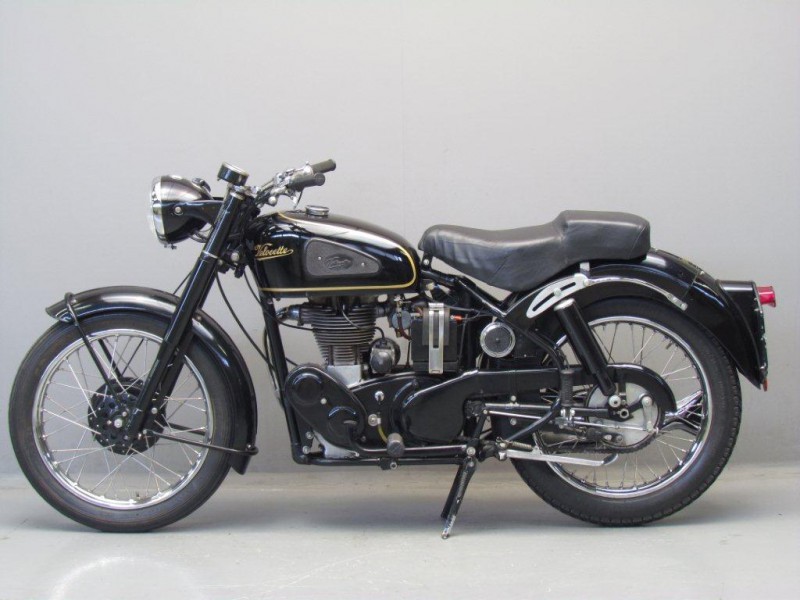 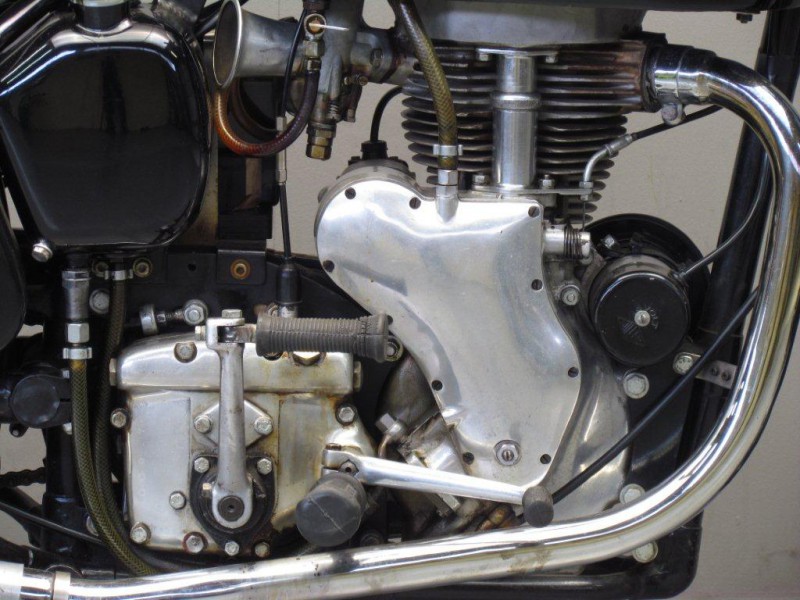 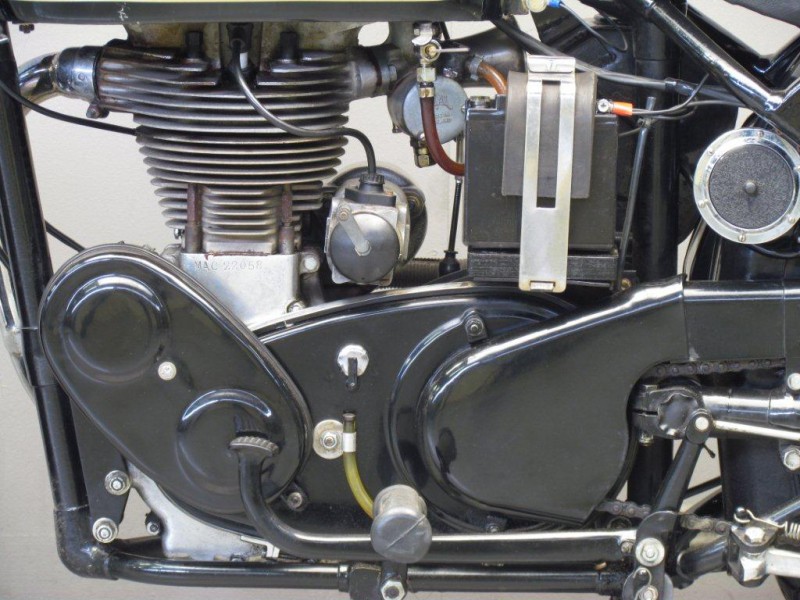 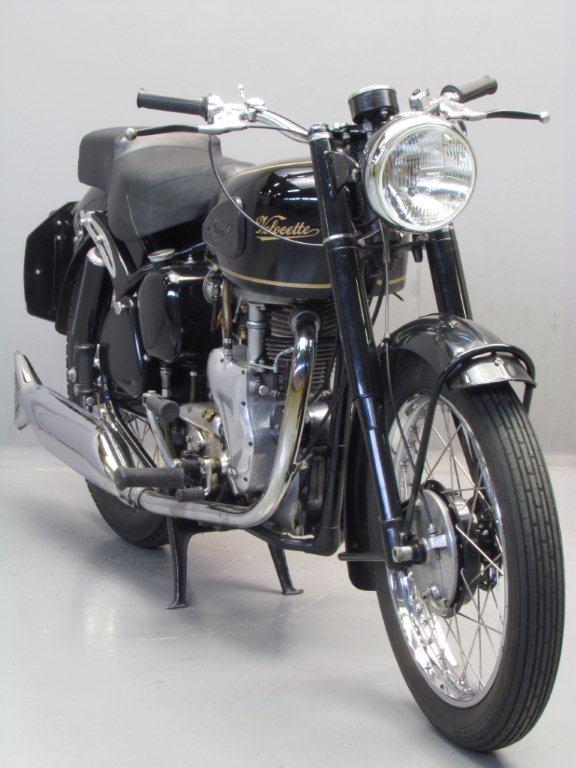 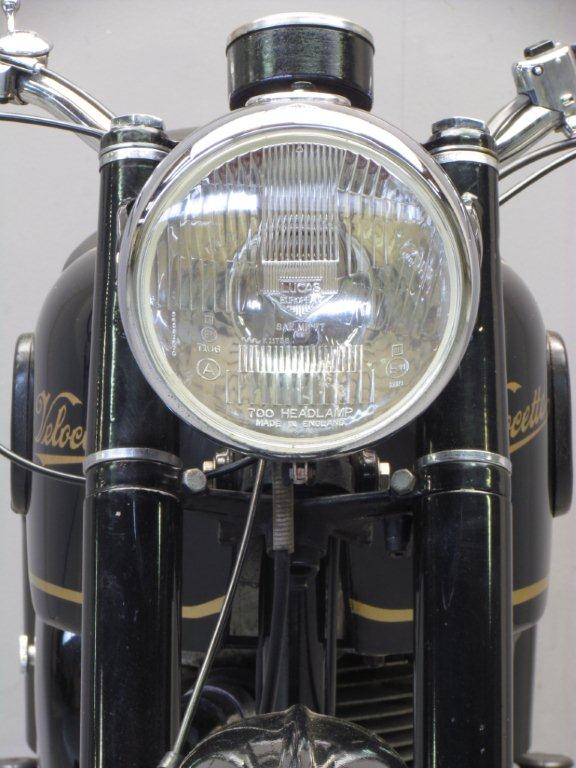 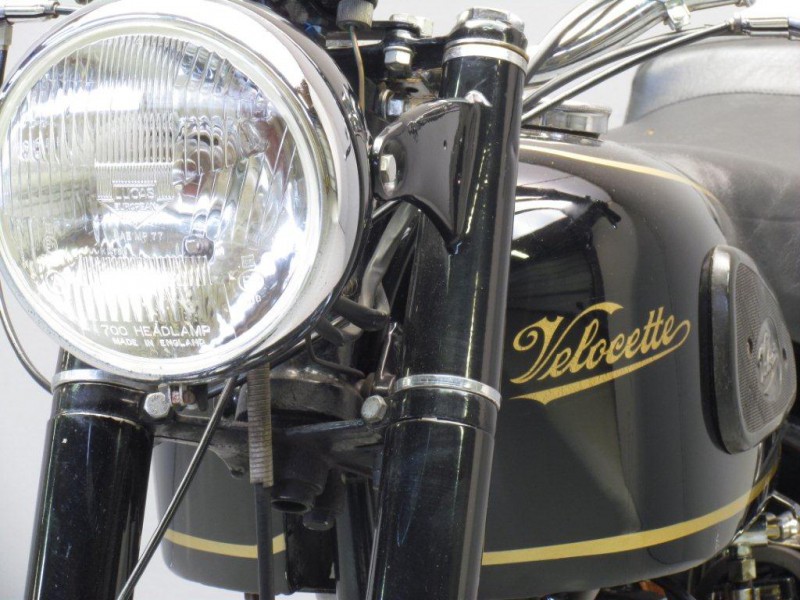 In 1933 Veloce Limited augmented its overhead-camshaft range with an overhead-valve 250 – the MOV.
The newcomer’s engine was a ‘high camshaft’ design with enclosed valves, and in addition the compact and sprightly machine featured a four-speed gearbox equipped with the company’s new foot-change mechanism.
The following year an overhead-valve 350 built along MOV lines appeared; this was the long-stroke MAC, subsequently bored out to create the 500 MSS.
By lengthening the stroke it was possible to use the MOV’s top end almost unaltered, thus saving on production costs.
The 250’s cycle parts were likewise retained for the MAC, which with its greater power yet scarcely increased weight, was a worthy rival to Hall Green’s more expensive overhead-camshaft K-Series models.
Post-war, the trio of overhead-valve Velos continued much as before, with rigid frames and – initially – Webb girder forks.
The MAC gained an alloy cylinder barrel and ‘head for 1951, as well as Velocette’s own telescopic front fork in place of the previous Dowty, and was further updated with a swinging-arm frame in 1953.
Production ceased in 1960.
This Velocette MAC is in a very good condition throughout.
The machine has been regularly used and runs very well.