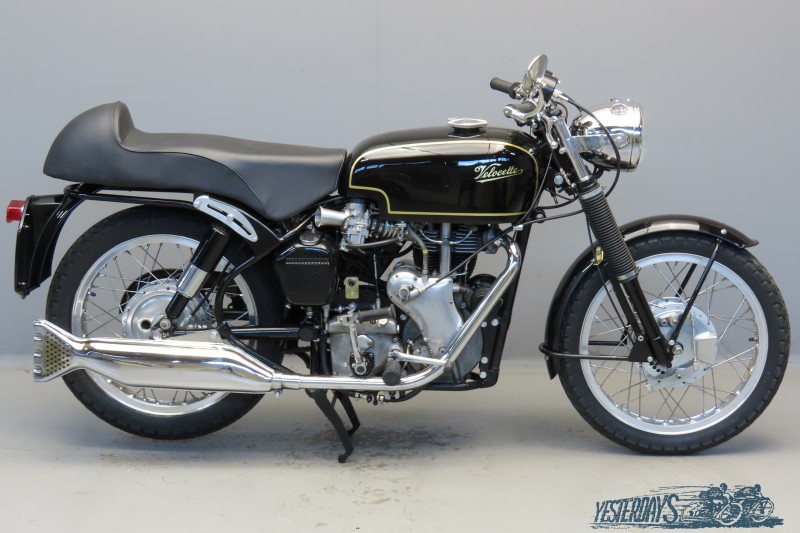 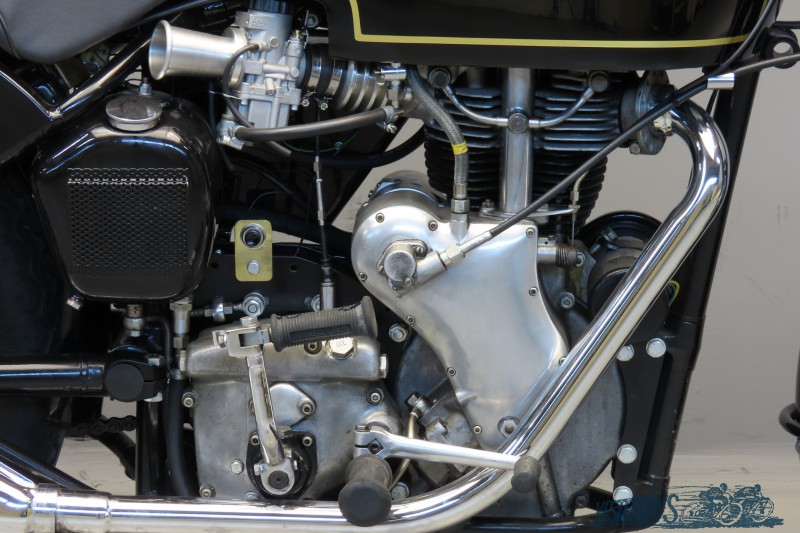 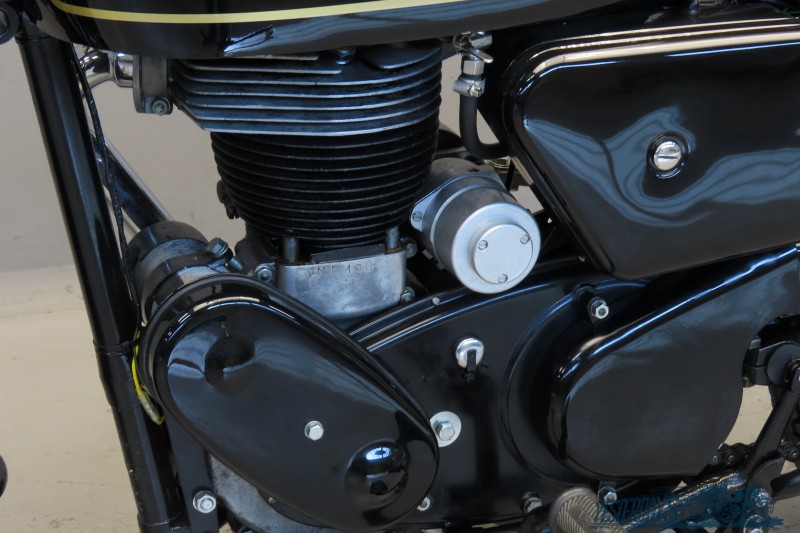 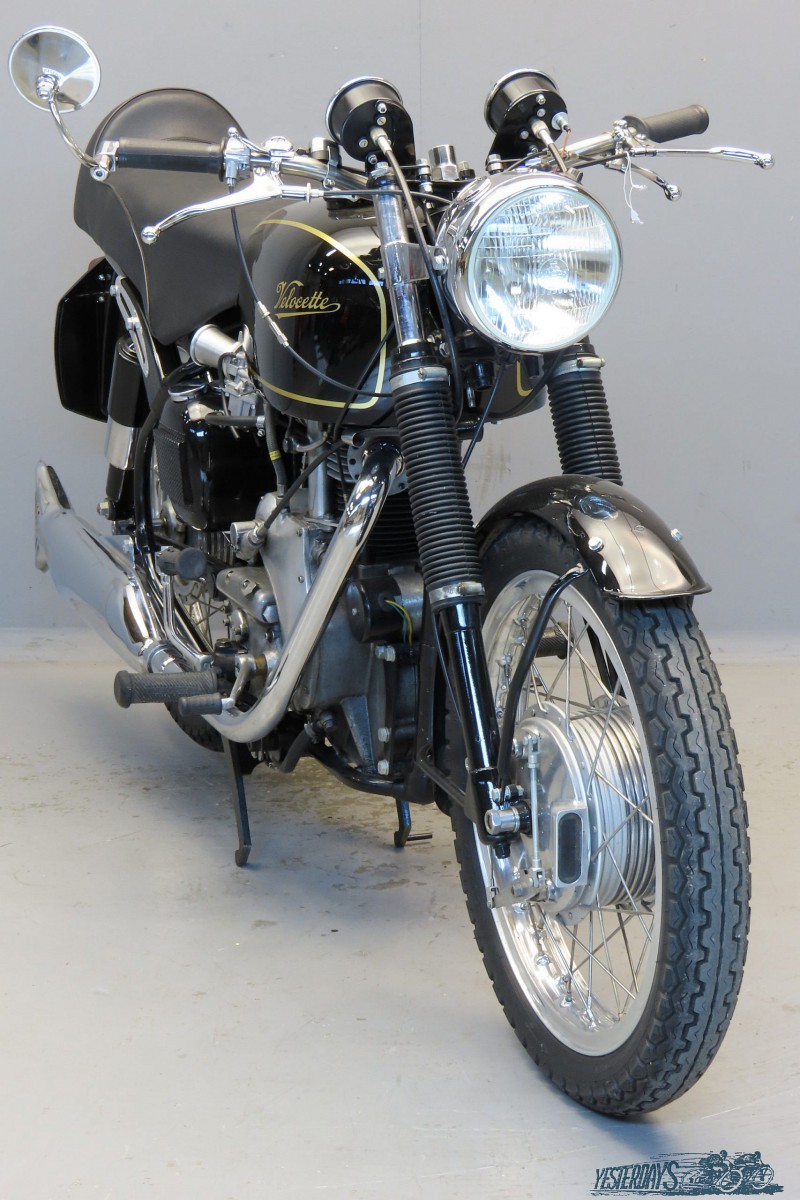 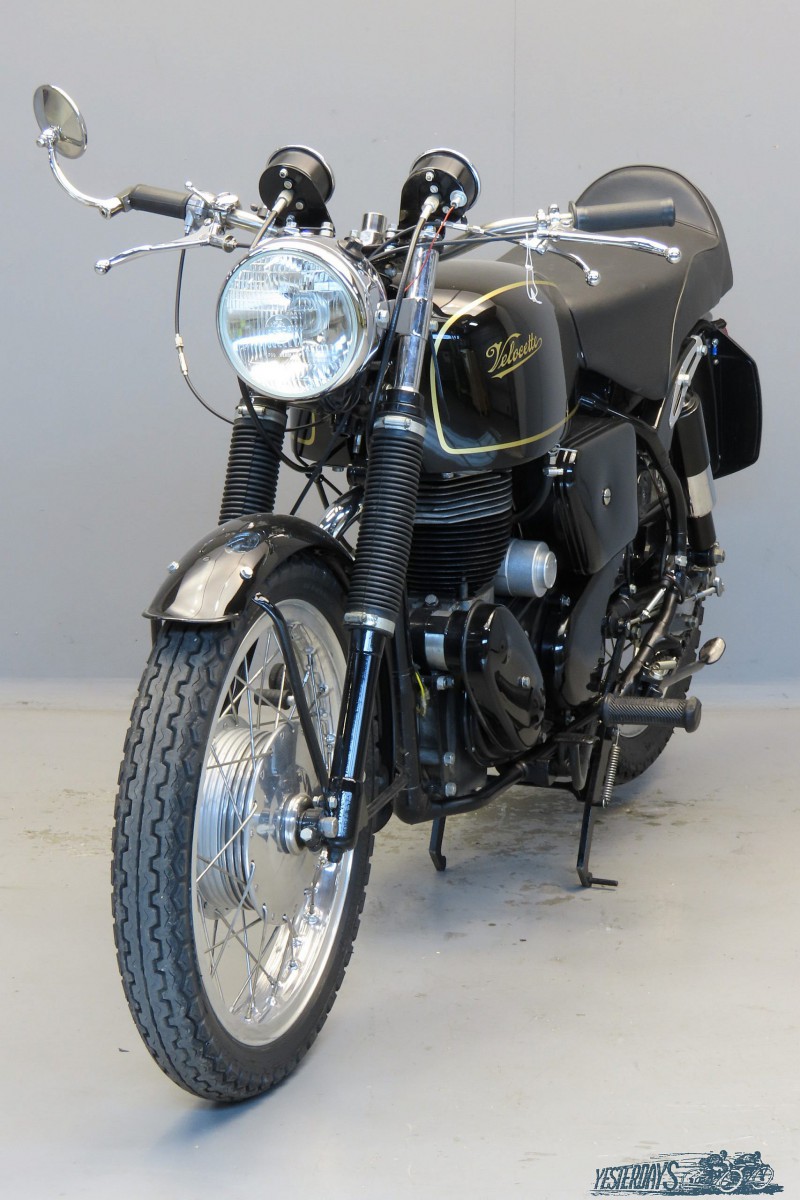 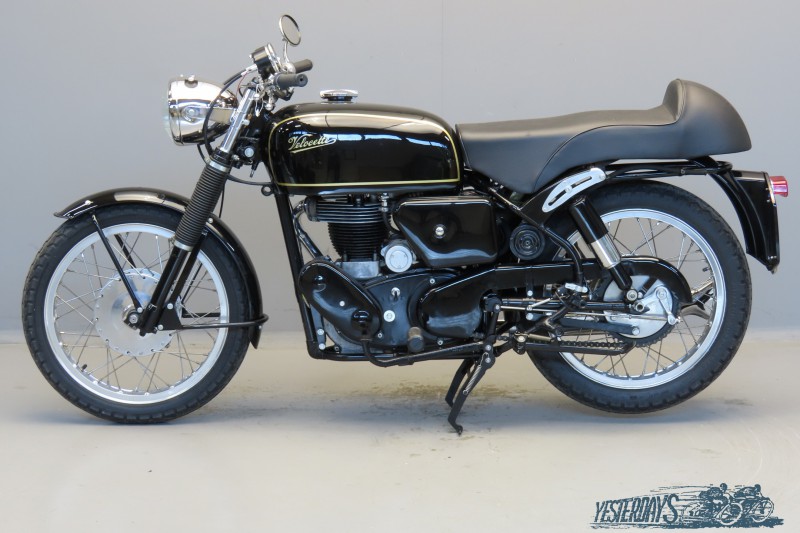 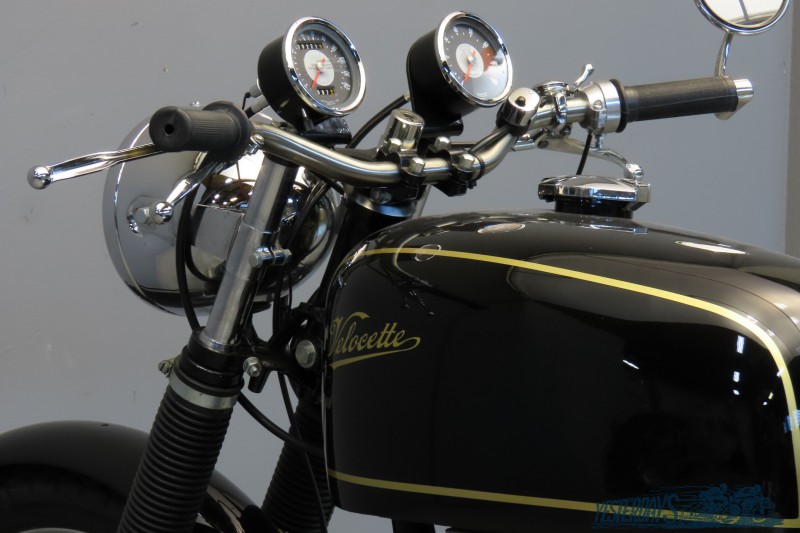 Velocette 1967 “Thruxton” 499cc OHV frame # RS 16108 engine # VMT 490
The Truxton, designed in 1965 by Bertie Goodman, was almost an instant legend after a series of impressive results on various racing tracks, where its average speed often exceeded 100 mph. This high performance production racer, which was also sold over the counter in road going version, was a perfect choice for both the fast touring enthusiast and the racing buff. In 1965 the 500 mile race (held at Castle Combe that year) was won and two years later two Thruxtons gained first and second places in the Production TT that was first staged at the Isle of Man that year. Standard equipment on the Truxton were rearward placed footrests and brake and gear pedals, close-ratio four speed gearbox, aluminium wheel rims, duplex front brake and John Tickle clip-ons. Output was a healthy 41 bhp, 5 more than the Venom. The machine could be bought in two colour combinations, the traditional black with gold lining or the more exotic version with blue frame, forks and seat and silver tank with gold lining. In all, no more than about 1175 Thruxtons were manufactured between early 1965 and December 1970. Power output was 41 bhp@6200 rpm, top speed 172 km/h. Today the Thruxton is one of the most sought after of post-war Velocettes.
This specimen was sold at a Bonhams auction in October 2013 and subsequently restored. The frame number refers to a 1960 Venom or Viper; it’s identical to a Thruxton frame. A continuation logbook that comes with the machine shows this frame was already fitted in or before 1972. Possibly the original frame was damaged in an accident and replaced by the earlier one. The former owner has fitted touring bars and footrests because he felt that the riding position was too radical for him. He also fitted a new 34mm Amal MkII Concentric carburettor, to further improve useability. A modern replacement BTH magneto has also been fitted. This machine was featured in an article in the December 2020 issue of Classic Bike, of which a copy is available.