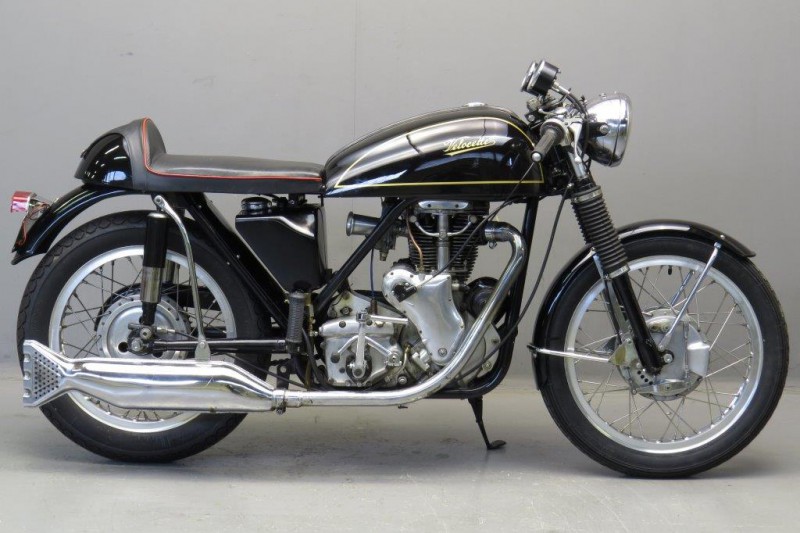 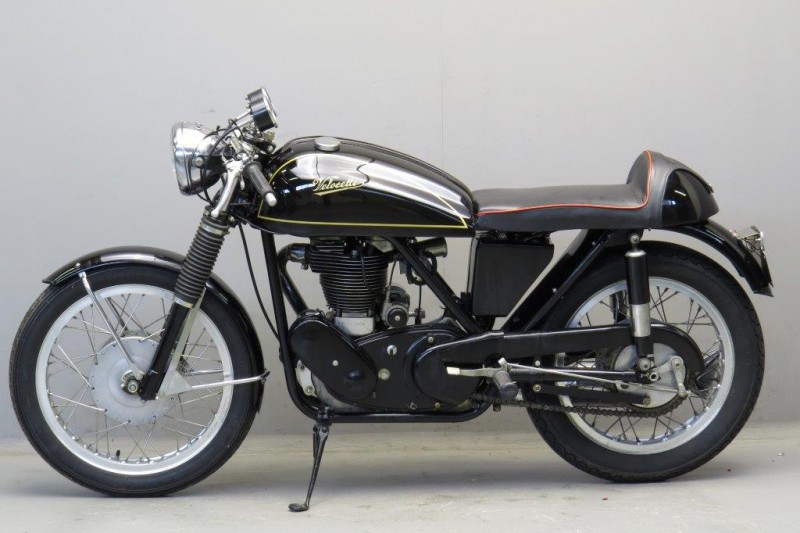 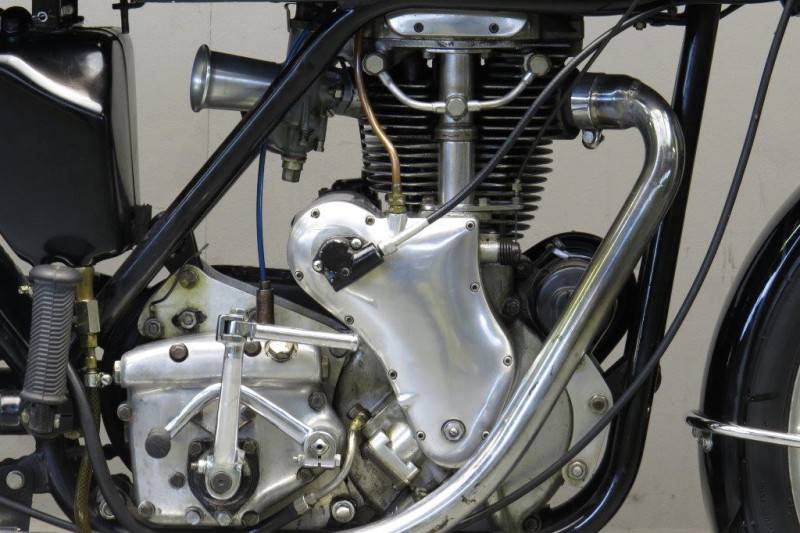 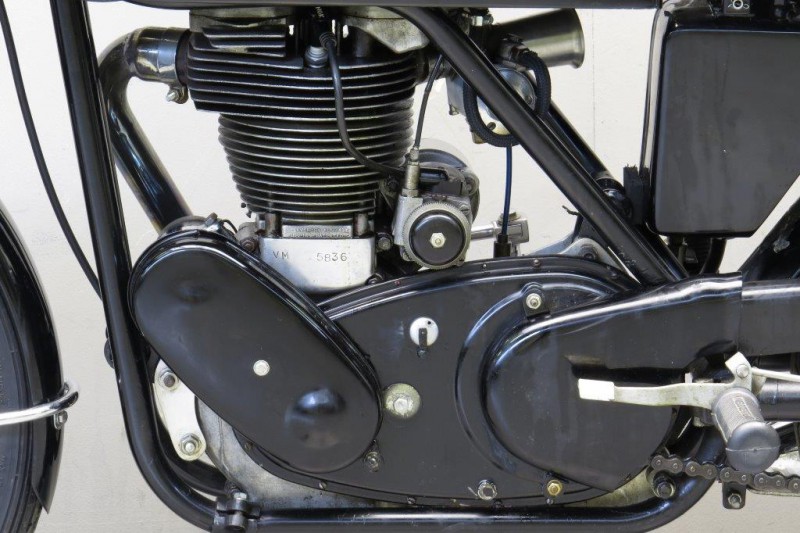 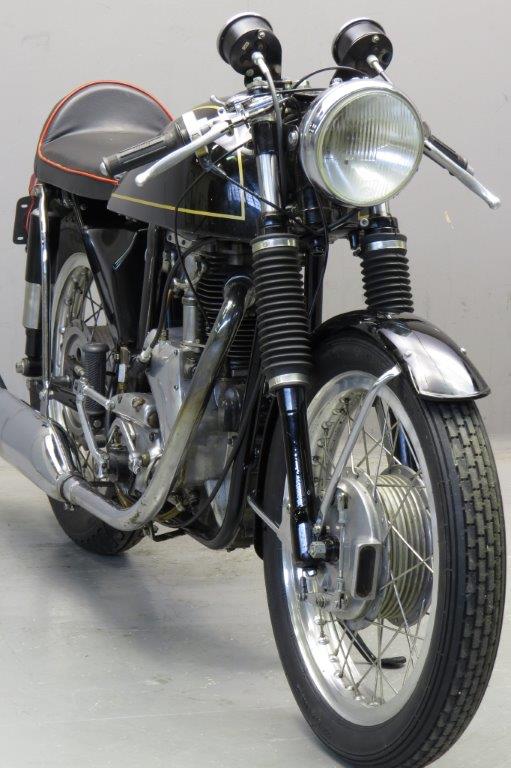 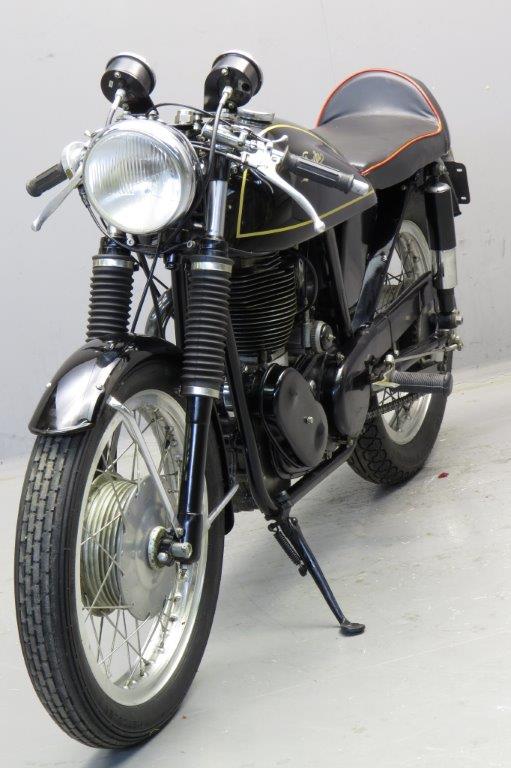 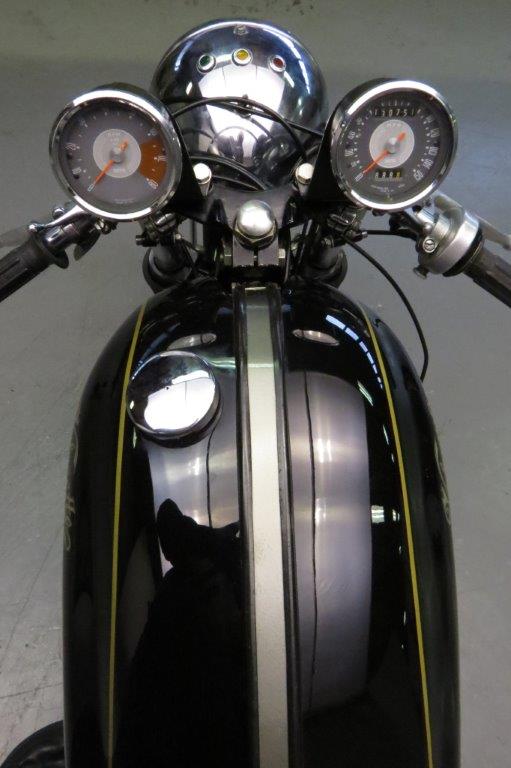 Velocette’s range of mechanical, traditional overhead valve four strokes proved to be remarkably durable, remaining in production in one form or another until 1971 and formed the basis for a number of limited production machines, such as the Indian Velocette and the Reg Orpin Framed machines.
This machine utilizes the Reg Orpin frame described in Rod Burris book on page 119.
The machine was assembled in 1973 and is described as being in good condion throughout.
Some rewiring may be needed.