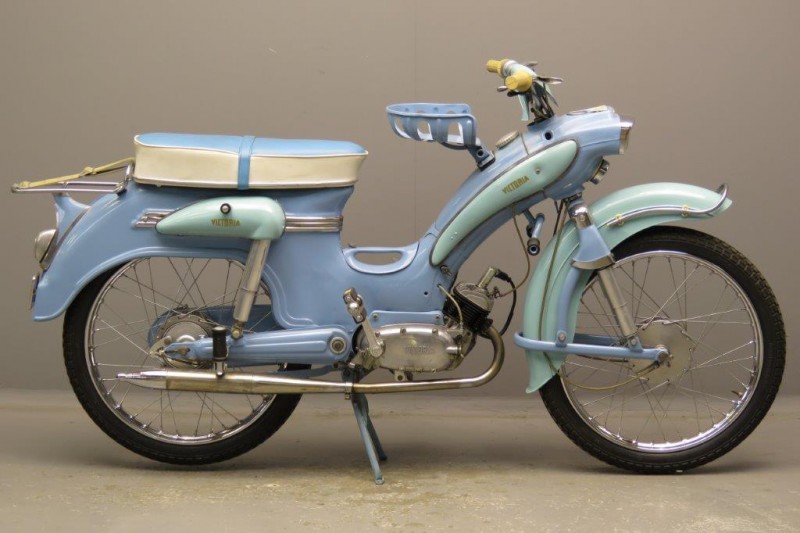 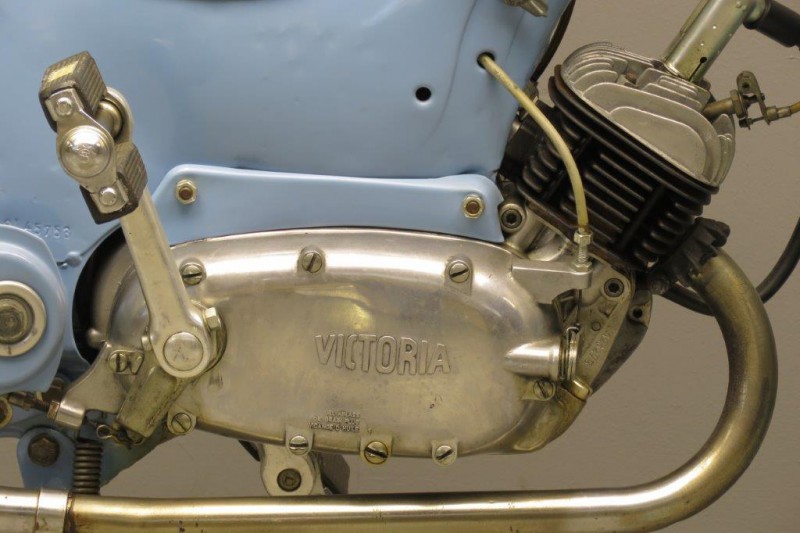 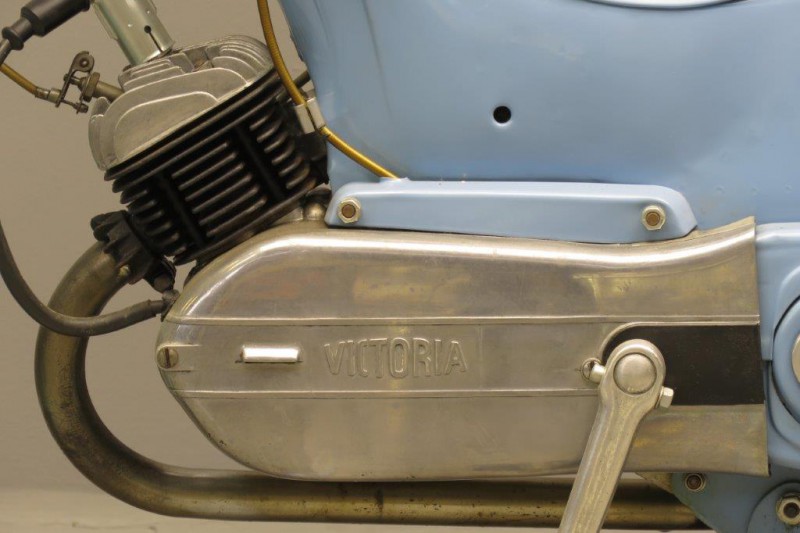 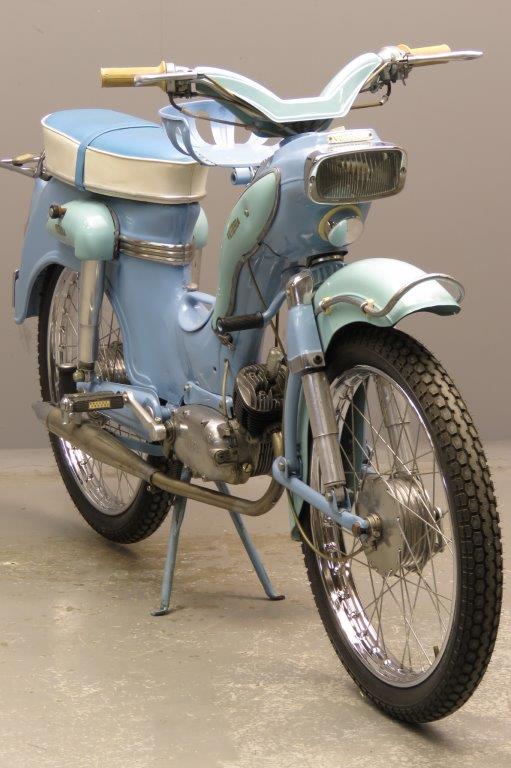 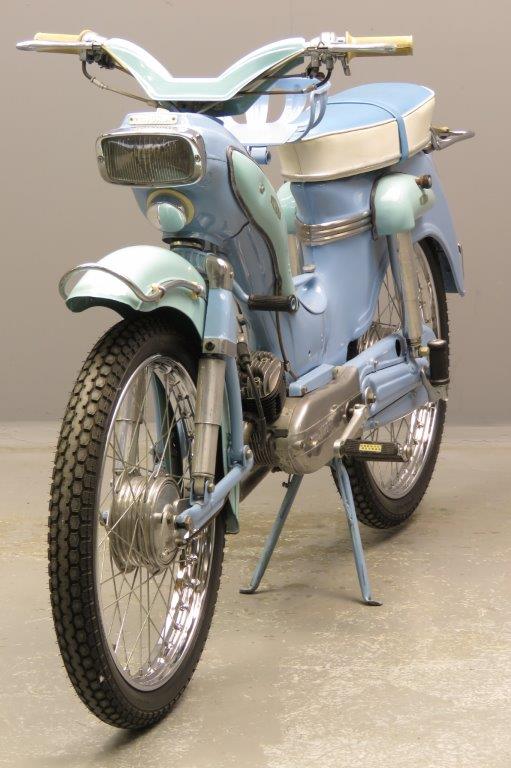 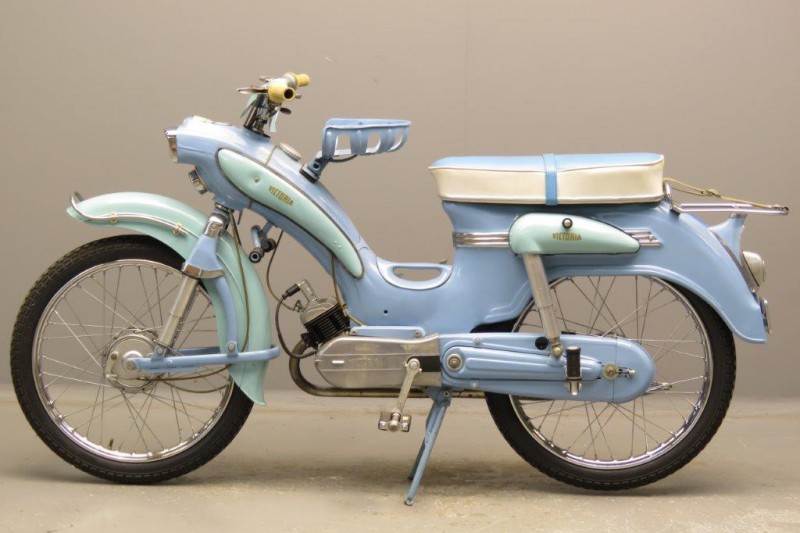 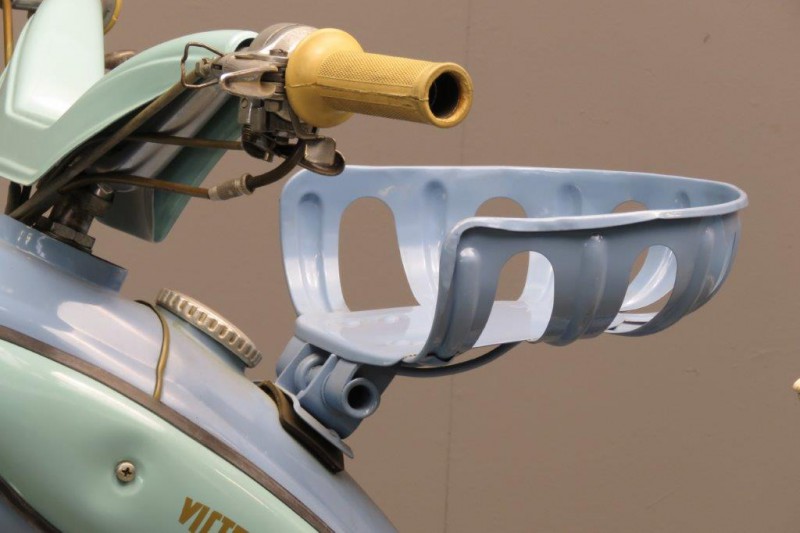 The company started, like most motorcycle manufacturers, with bicycles.
Founders Max Frankenburger and Max Ottenstein formed their company ‘Frankenburger und Ottenstein Nürnberg ’ in 1886 in Nuremberg.
By 1888 they had manufactured 1000 Victoria bicycles and in 1895 the name became ‘Victoria Fahrradwerke AG,’ abbreviated to ‘Victoria Werke AG’ in 1899.
The first motorcycles were produced in 1901.
The ancient town of Nuremberg was a centre of technology comparable with Coventry. Once famous German motorcycle manufacturers like Ardie, Triumph, Hecker, Hercules and Mars hailed from that city.
During World War II, Victoria supplied the German military with medium-capacity four-stroke machines.
In April 1945 the Victoria works were almost totally destroyed.
In 1947 the reconstruction of the bombed out factory commenced and soon the production lines were again humming.
From the early fifties the motorcycle range was expanded with a series of “Vicky” mopeds, that proved to be very successful.
The Vicky was developed through the fifties and the last model to be produced was also the most luxurious and the best: the “Superluxus”.
The design shows a fabulous attention to detail and the machine was meant to be comfortable for two persons.
Or three actually: note the integrated child’s seat that was an original option of many Victoria mopeds.
This Superluxus has been restored and is in excellent shape.