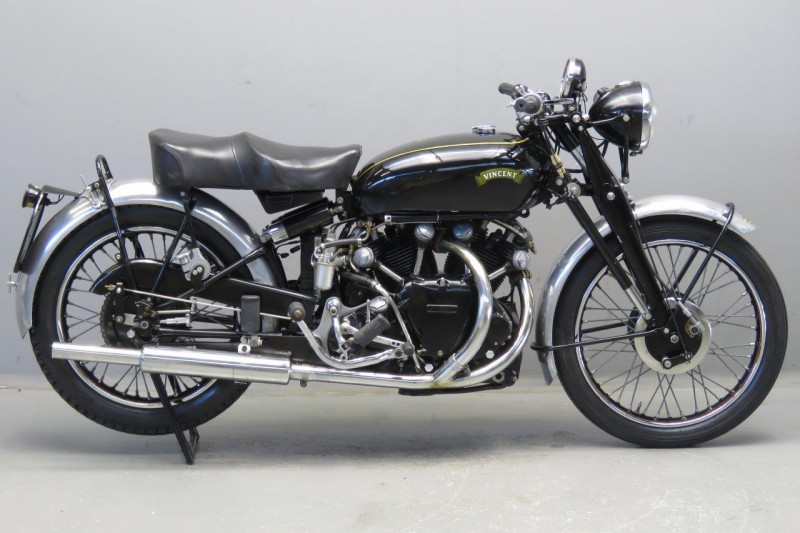 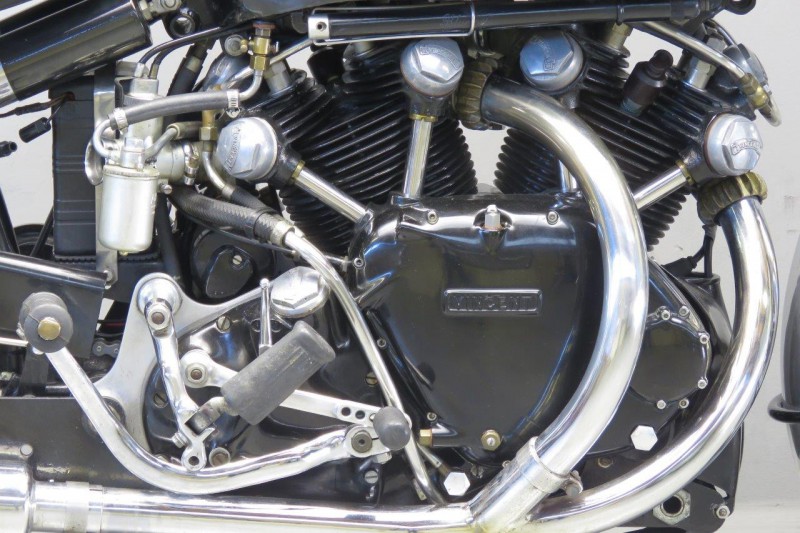 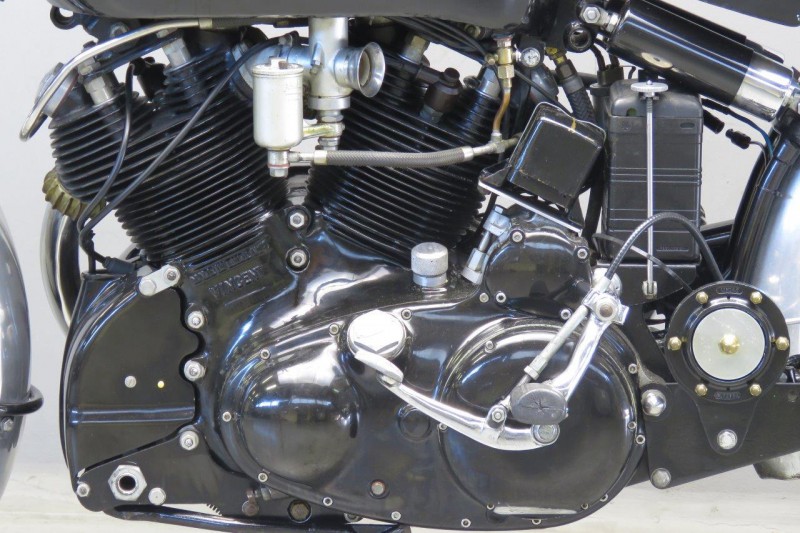 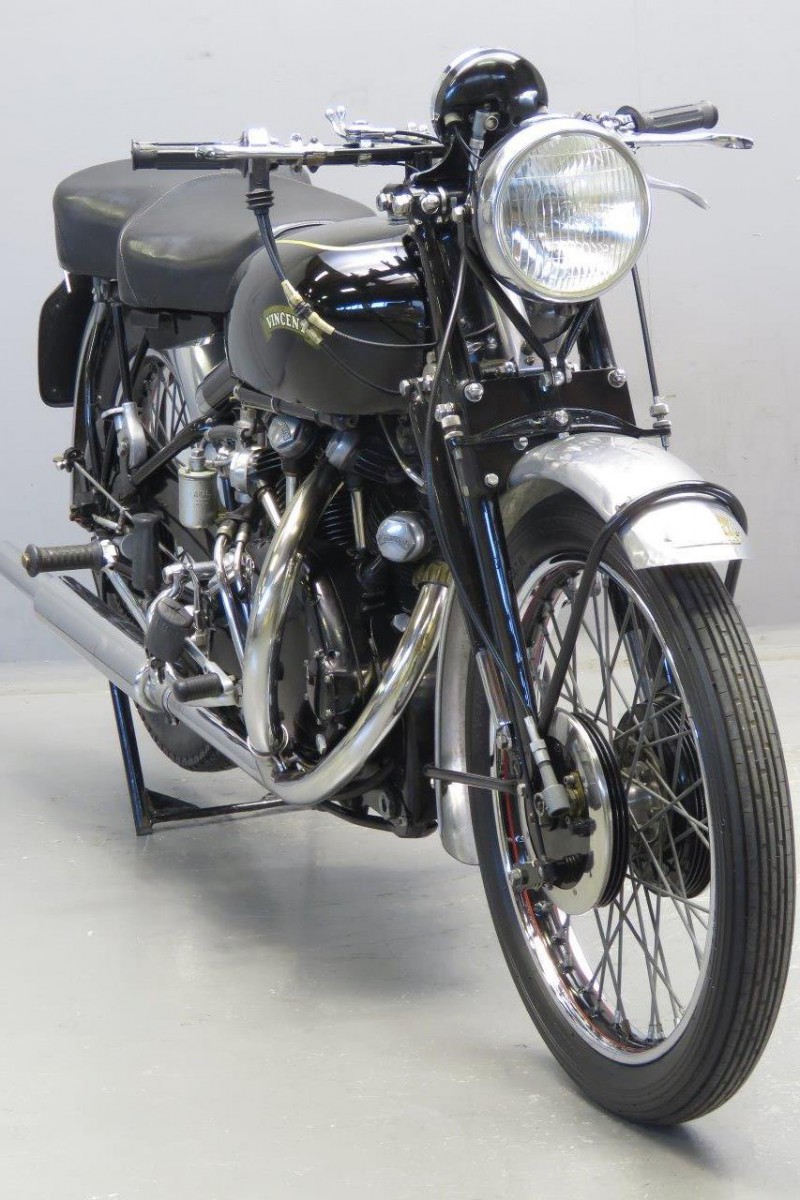 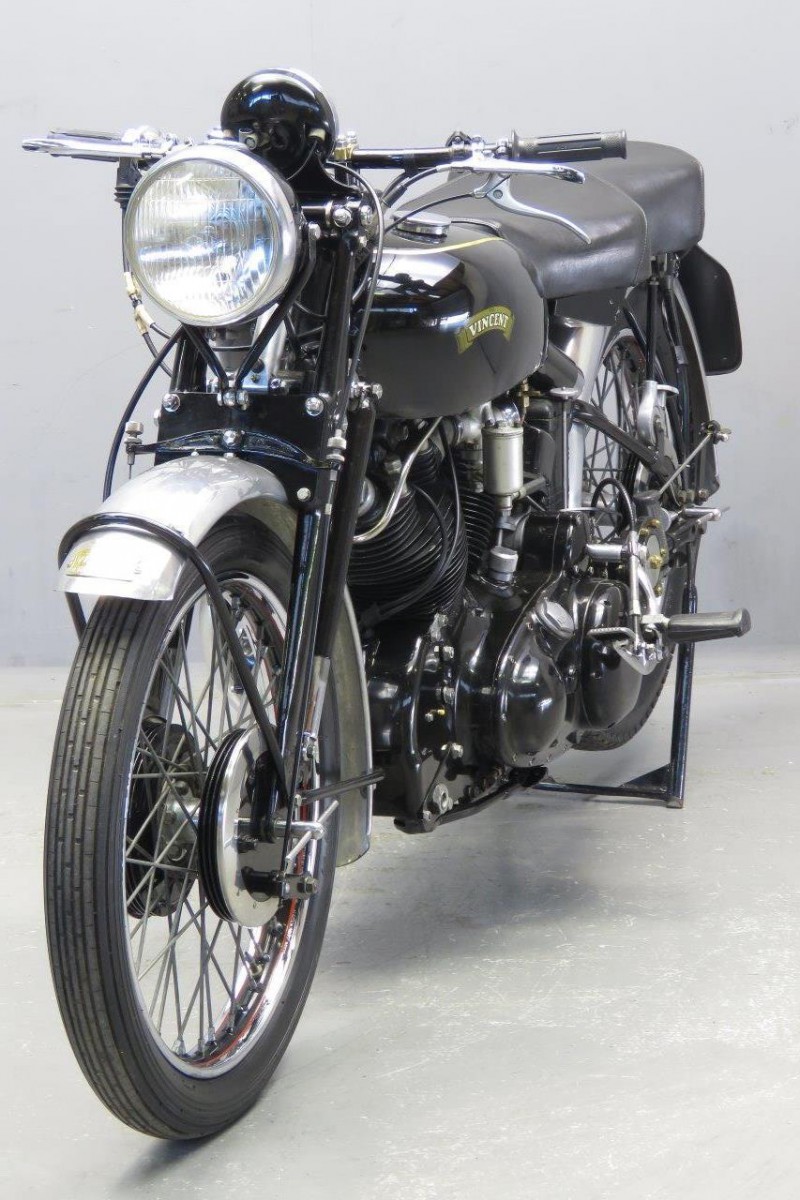 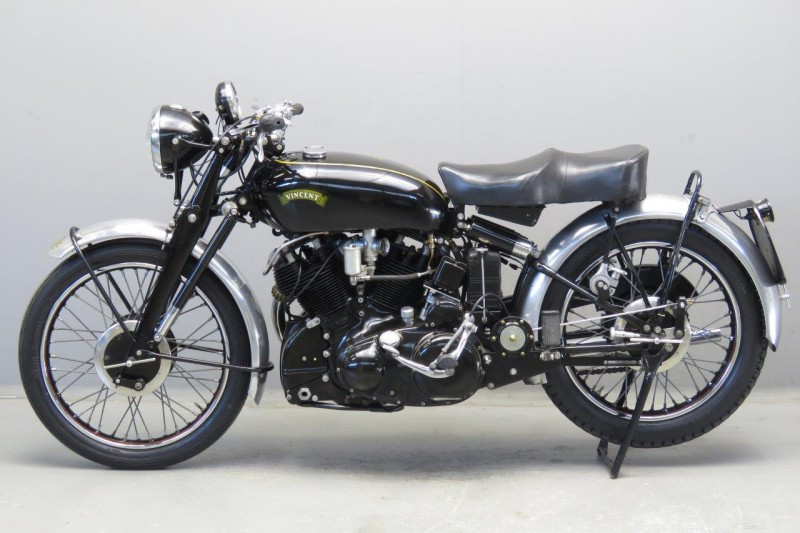 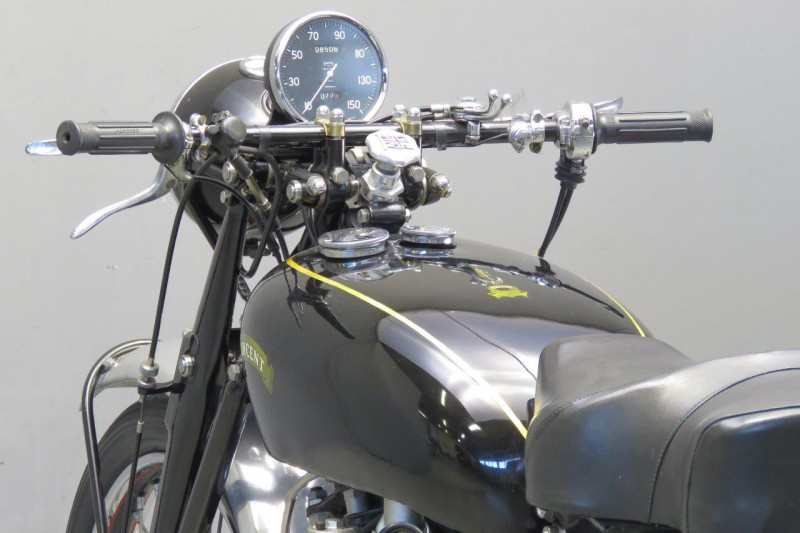 Ever since the Series A's arrival in 1937, the Vincent v-twin has been synonymous with design innovation, engineering excellence and superlative high performance.
From Rollie Free's capture of the 'world's fastest production motorcycle' record in 1948 on a tuned Series-B Black Shadow to the final, fully enclosed Black Knight and Black Prince, Philip Vincent's stress on appearance and performance is legendary.
His machines bristled with innovative features, offering adjustment of brake pedal, footrests, seat height and gear-change lever.
The finish was to a very high standard commensurate with the cost of the machine, which was virtually double that of any of its contemporaries.

But above all else it was the v-twin's stupendous performance that captivated motorcyclists, whether they could afford one or not.
The appeal of the Vincent, and the Black Shadow in particular, lay in its ability to out-perform just about every other vehicle on the road, and in the early post-war years there was nothing to compare with it.
This was a time when the average family sedan was barely capable of reaching 70mph, and not until the advent of Jaguar's XK120 was there a production sports car that could live with the thundering v-twins from Stevenage.

Indeed, when it was introduced in 1946, the Vincent-HRD Series-B Rapide was immediately the fastest production motorcycle on sale anywhere, with a top speed of 110mph.
The basic design clearly had even greater potential though, as was demonstrated by the tuned Rapide known as 'Gunga Din', ridden by factory tester George Brown, that proved unbeatable in UK motorcycle racing in the late 1940s.
Private owners too had expressed an interest in extracting more performance from their machines, all of which convinced Philip Vincent that a market existed for a sports version.
Despite opposition from within the company's higher management, Vincent pressed ahead with his plans and together with Chief Engineer Phil Irving, clandestinely assembled a brace of tuned Rapides.
The prototypes incorporated gas-flowed cylinder heads, Comet cams, polished con-rods and larger carburettors, these changes being good for a maximum output of 55bhp despite a compression ratio limited to only 7.3:1 by the 72-octane petrol that was the best available in the UK at the time.
Ribbed brake drums were fitted to cope with the increased performance, while in a marketing masterstroke Vincent specified a 5"-diameter '150mph' speedometer and black-finished engine cases for his new baby – the Black Shadow.
With a claimed top speed of 125mph, soon born out by road tests, the Vincent Black Shadow was quite simply the fastest road vehicle of its day.
Deliveries commenced in the spring of 1948 and only around 70-or-so Series-B Black Shadows had been made before the Series-C's introduction at that year's Earl's Court Motorcycle Show.

Vincent`s were indeed legendary in their own lifetime, and in the more than half-century since production ceased, the esteem in which this iconic motorcycle is held has only increased, fuelling the demand among discerning collectors for fine examples of the marque, such as that offered here.

This Series-C 'Shadow comes with its original old-style buff logbook showing that it was first registered to Conway Motors of Shepherds Bush, West London.
She also comes with a continuation logbook and an old-style British V5 registration document, from which it may be deduced that it has had only four private owners from new, all resident within 12 miles of Conway Motors.
The frame and engine numbers match.
The crankcases have  been replaced  at some stage, possibly the result of an old repair by Conway or Furness & Searle.
Evidenced by bills on file, is that the engine was rebuilt by marque specialists Maughan & Sons in 1977 while the Vincent was in the immediately preceding owner's possession.
The last owner acquired the Shadow in March 1983.
She recently received maintenance, executed by a Vincent specialist.
This mighty Vincent is a nice older restoration and she runs very well.