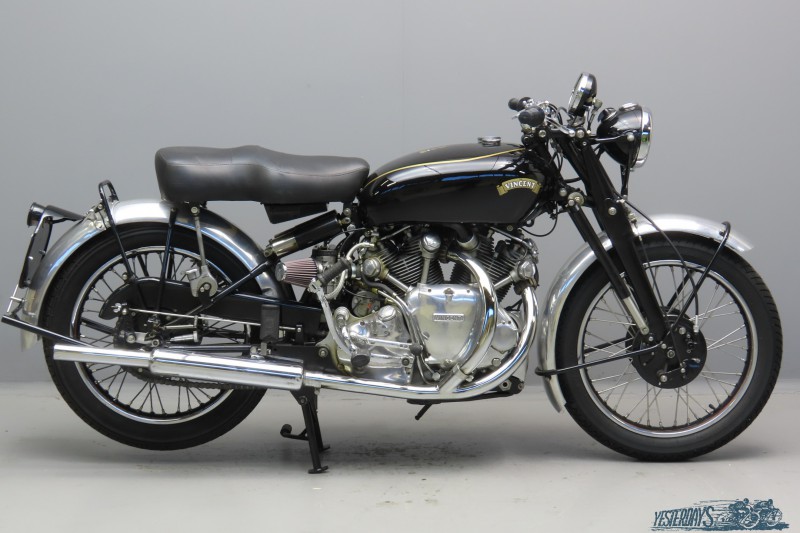 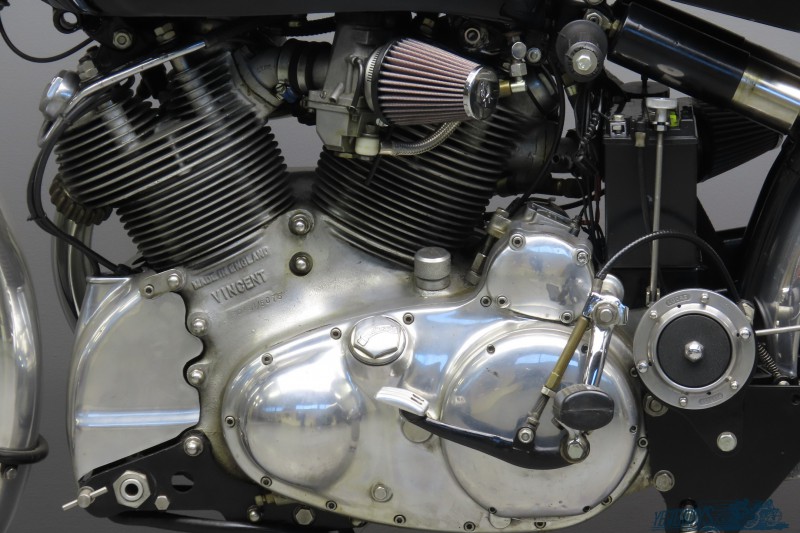 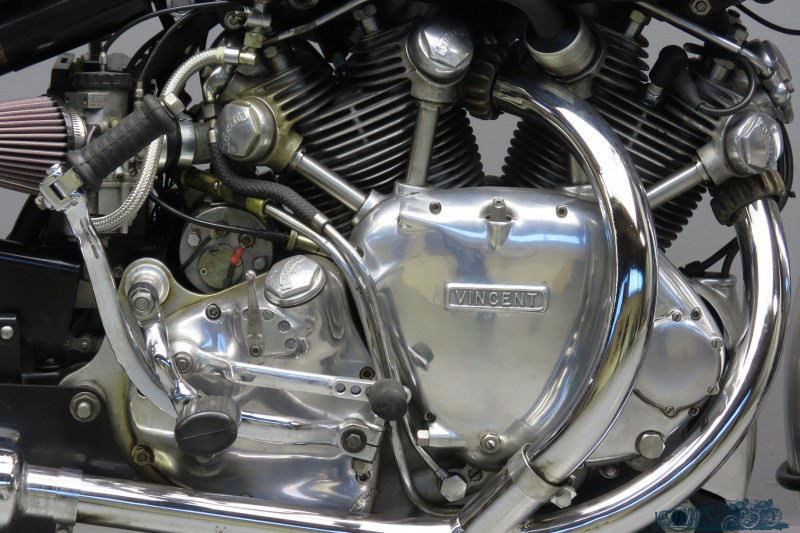 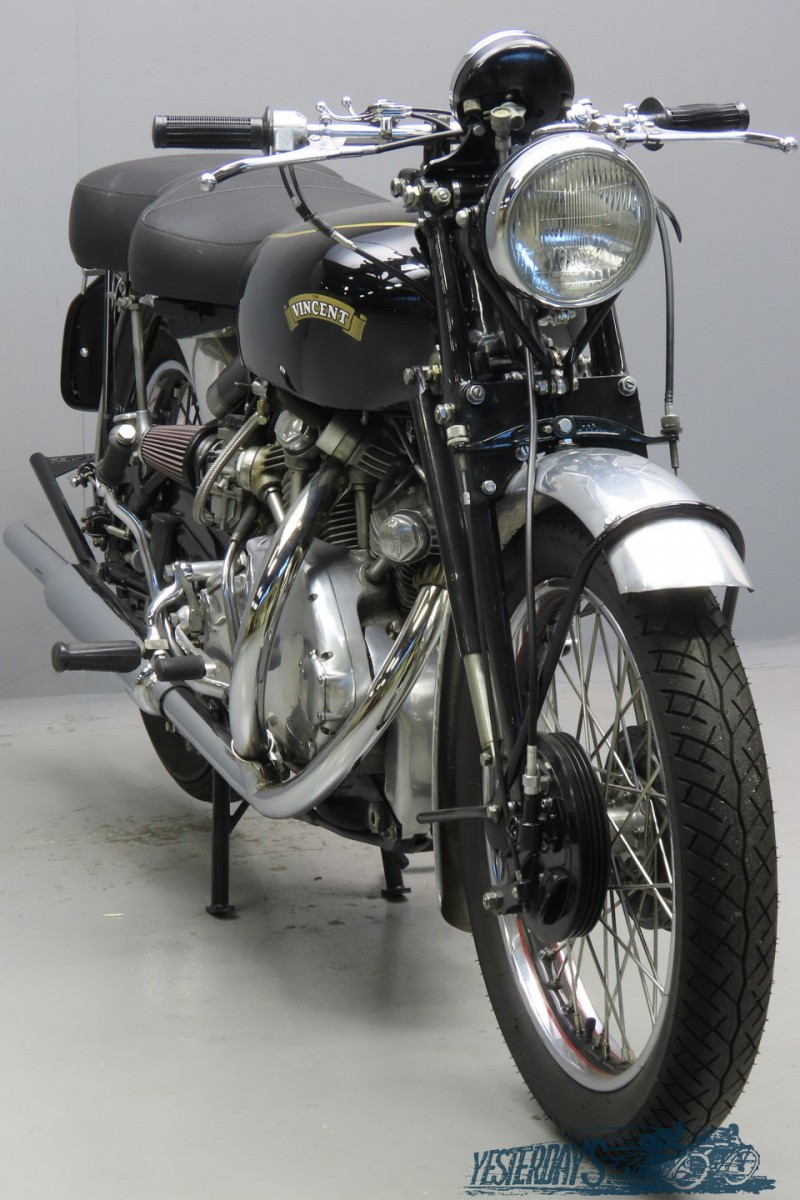 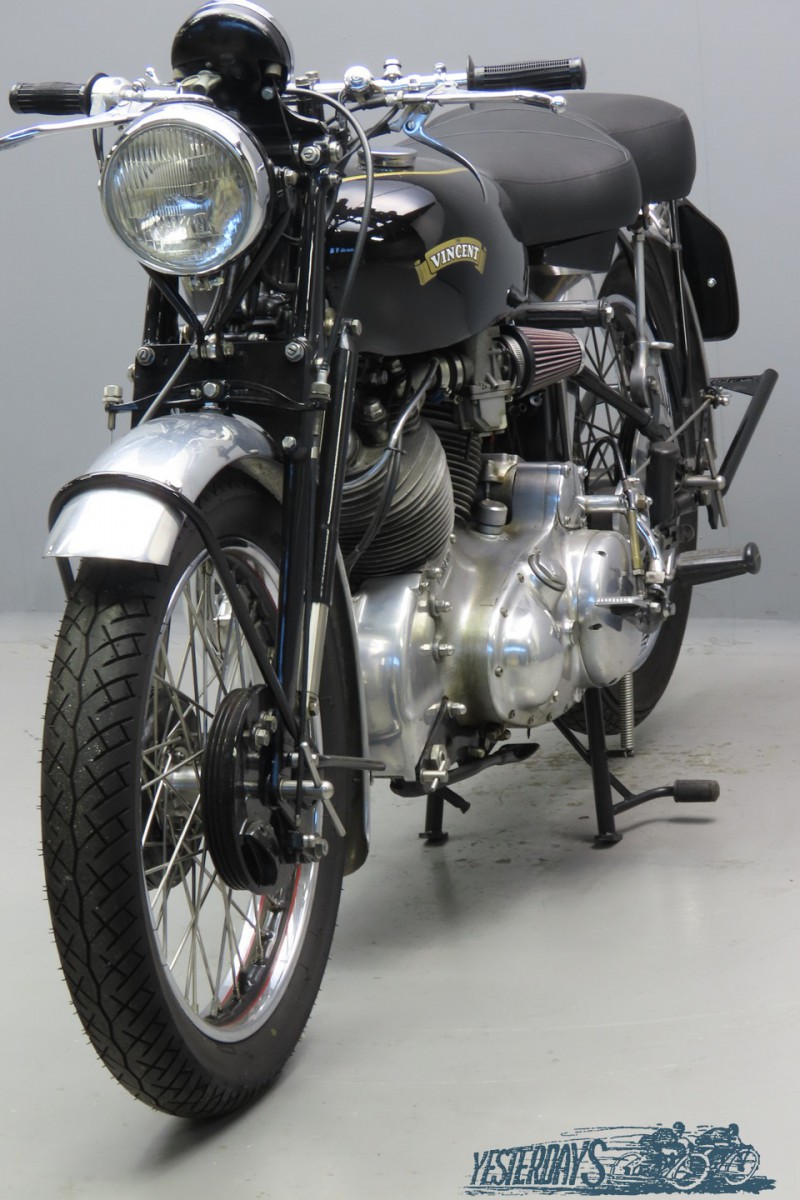 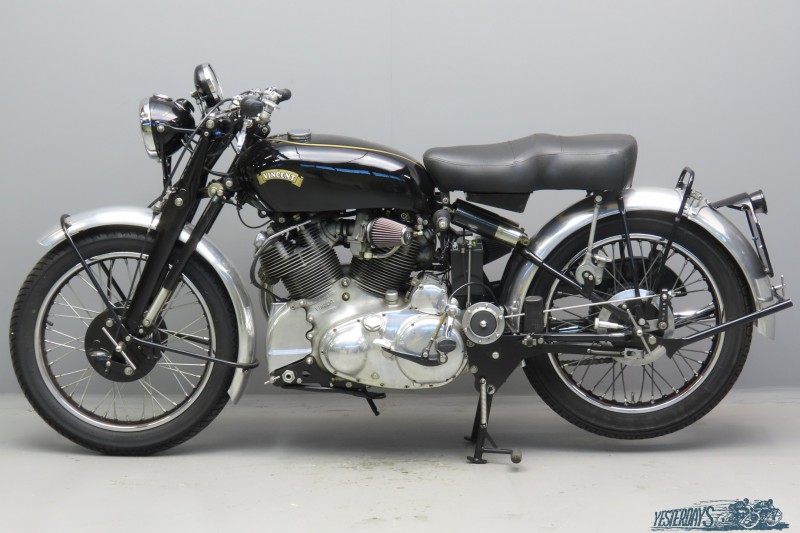 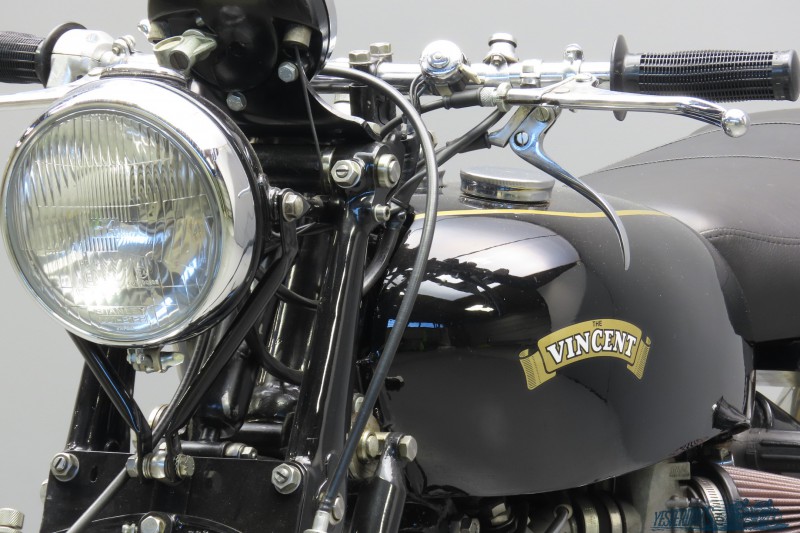 The first Series B Rapide was presented to the press on April 27, 1946.
It was to be the base model of the post-war range, for Vincent-HRD made the decision to drop the successful singles and aim instead at the exclusive, high-performance end of the market with the only big British V-twin offered to the public after the war.
As motorcycle manufacturers were under instruction of the government to export a large proportion of their output, the first Rapides were exported in rotation to various overseas agents.
The earliest production machine off the line was despatched on September 18, 1946 to Buenos Aires.
Other early destinations included USA, France, Denmark, Australia, New Zealand, Turkey and Czechoslovakia. (source: J. P. Bickerstaff, “Original Vincent Motorcycle”)
The finish was to a very high standard in proportion to the cost of the machine, which was virtually double that of any of its contemporaries.
But above all else it was the v-twin’s stupendous performance that captivated motorcyclists, whether they could afford one or not.
With a top speed approaching 120mph, and bettering it in the Black Shadow’s case, the Vincent v-twin was the fastest road vehicle of its day.
Bore x stroke of the 998cc Rapide engine are 84mmx90mm and the top speed an estimated 177km. Power output amounts to 45HP @5,200 RPM.
In 1948 the Series C range was introduced.
The HRD monogram was dropped and replaced by a new Vincent logo.
The most significant changes made concerned the suspension, there being a revised arrangement at the rear incorporating curved lugs for the seat stays and an hydraulic damper between the spring boxes, while at the front the new models boasted Vincent’s own ‘Girdraulic’ fork: a blade-type girder fitted with twin hydraulic dampers.
These advances began to find their way onto production models during 1948 but it would be 1950 before all Vincents left the factory in Series C specification.
According to company records the machine we present was finished in October 1950 and despatched on the 6th of that month to Conway Motors in London.
This company had been a HRD agent from 1934 and would become one of the most important Vincent dealers in the country.
The machine’s early history is not known, in the 90s she was registered in Germany and around 2000 the Rapide was imported in The Netherlands where it stayed in the custody of the former owner for 20 years.
Currently modern Amal carburettors are fitted, but the original pair are included.
This mighty Vincent twin is in excellent shape and will be able to provide lots of riding pleasure to the discerning enthusiast.