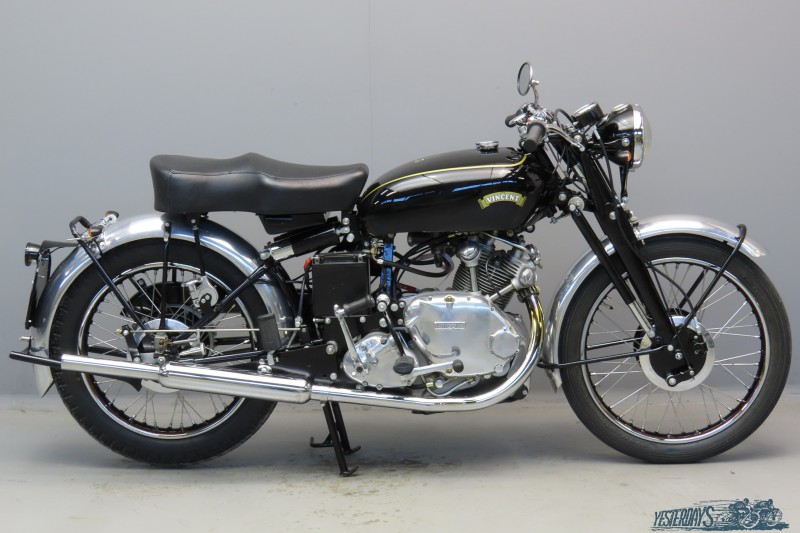 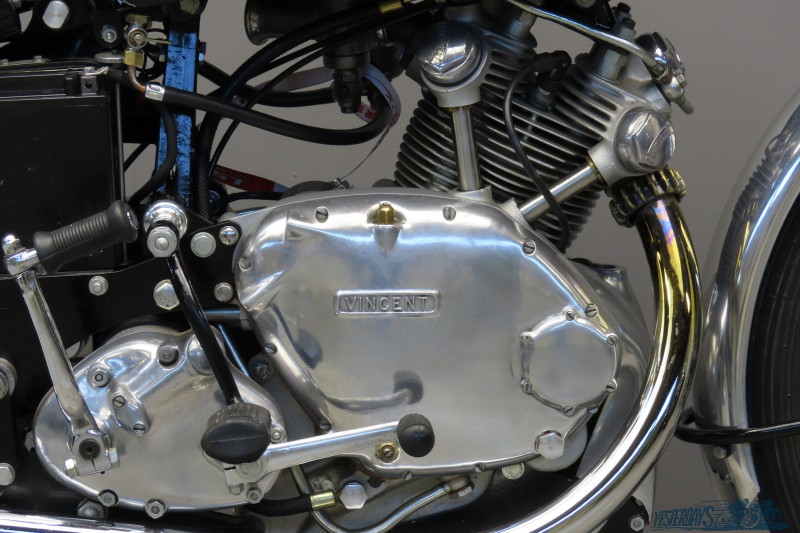 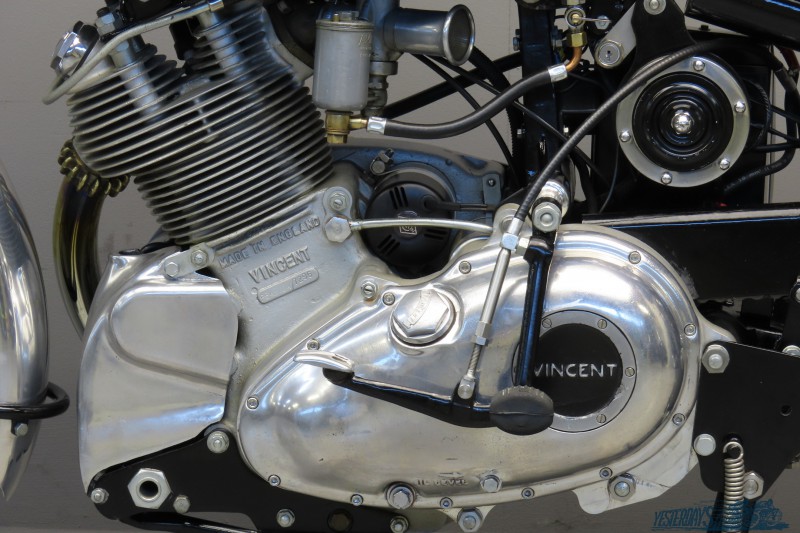 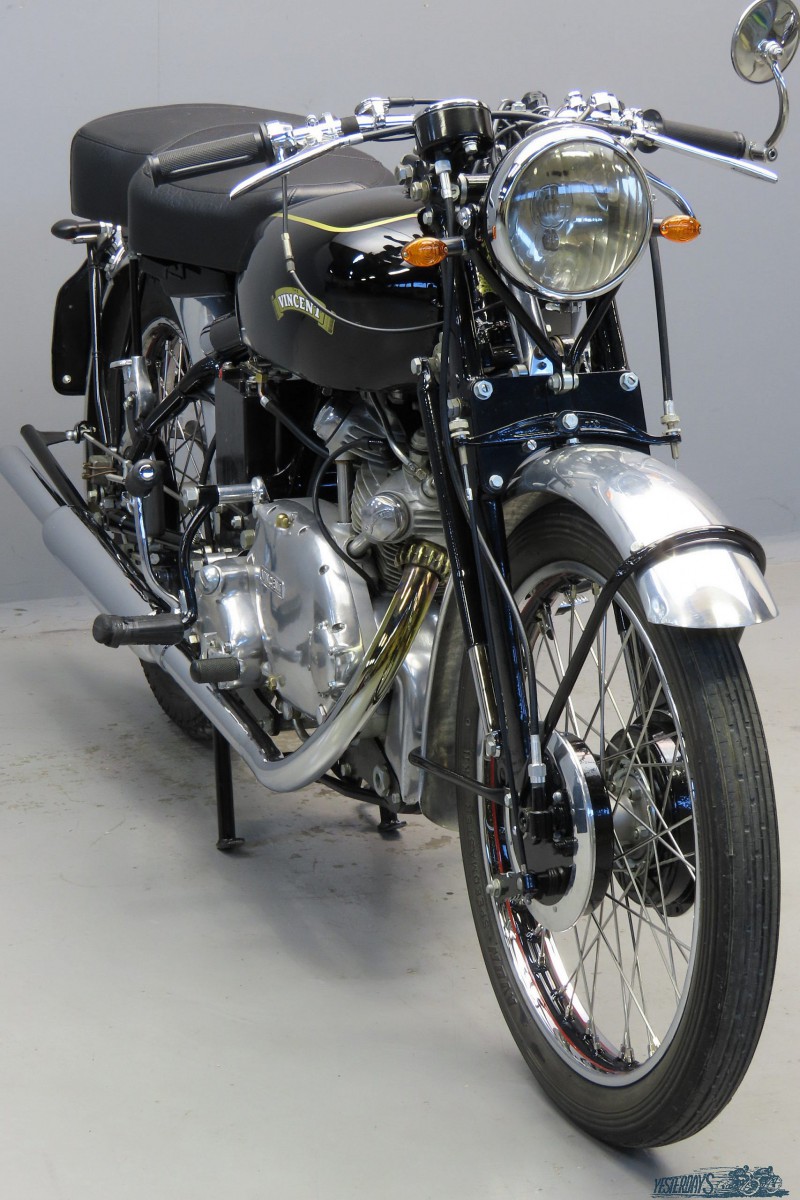 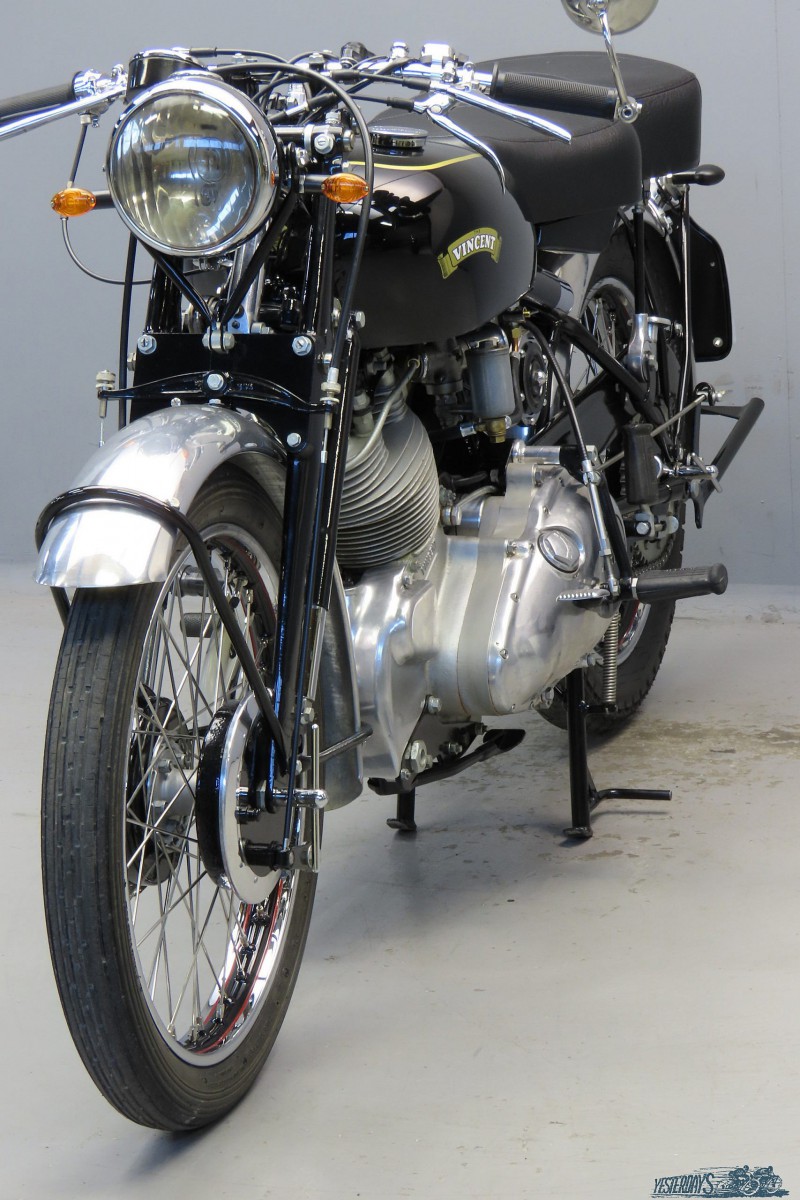 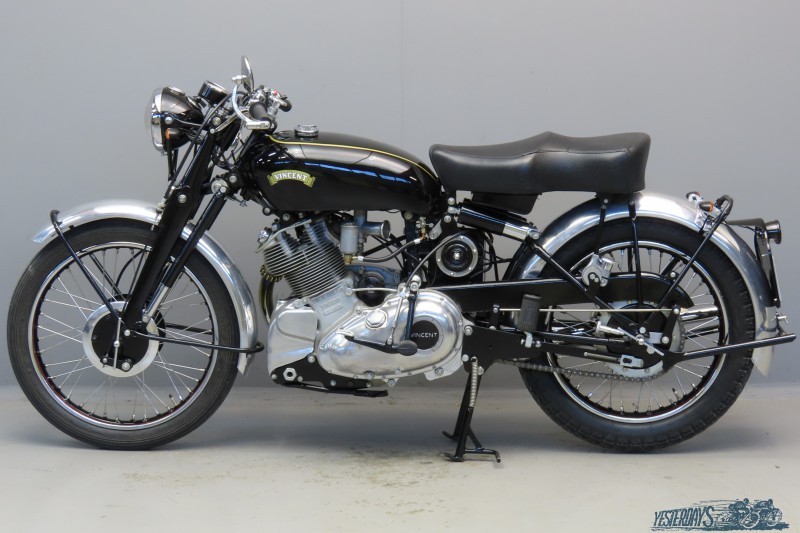 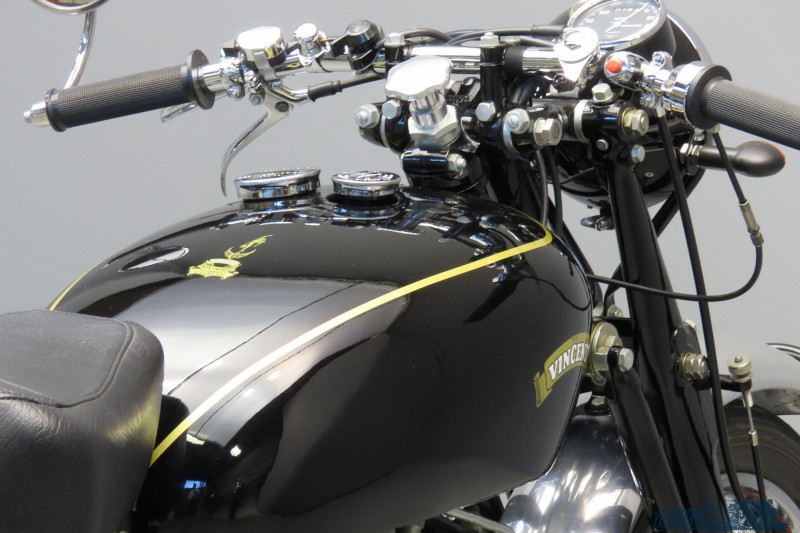 Vincent 1951 499cc OHV single “Comet” frame # RC/1/9106/D engine # F5AB/2A/7206
Since his schoolboy days Philip Vincent had been a great admirer of Howard Raymond Davies, who had begun manufacturing HRD machines at Wolverhampton in 1924. While studying mechanical engineering at Cambridge Vincent built his prototype Vincent Special that already incorporated the strong triangulated and braced sprung rear fork that would remain a feature of all Vincents-to-come.
In 1928 Vincent acquired HRD Motors Ltd. and formed the Stevenage-based Vincent-HRD company; JAP and later on Rudge Python engines were used. In 1932 Phil Irving joined the company and by the end of 1934 the Vincent/Irving designed 500cc Comet engine was presented. It featured a high camshaft and short pushrods angled at 62 degrees. The makers guaranteed a 90 mph top speed.
The war stopped motorcycle production for a number of years: at the 1948 Olympia Show the new series C Comet was presented. The HRD initials were deleted from the factory’s models after Philip Vincent became aware that potential American buyers were confused because they wondered if there was a connection with Harley-Davidson. The 84x90mm high cam single delivers 28HP@5,800 rpm with a compression ratio of 6,8:1. The engine is used as the main frame member and the front suspension consisted of hydraulically dampened girder forks, which were considered more suitable than the common telescopic type. The rear end is sprung by a cantilever system with hydraulic damping. Production of all Vincents finished by the end of 1955. Its creator was an uncompromising perfectionist who refused to build his machines down to a price; a Comet would cost about 50% more than a Norton ES 2. This fine specimen is road-registered and has been meticulously restored. She has been updated to 12v, has electric start and nicely blended-in indicator lights for more safety in traffic.