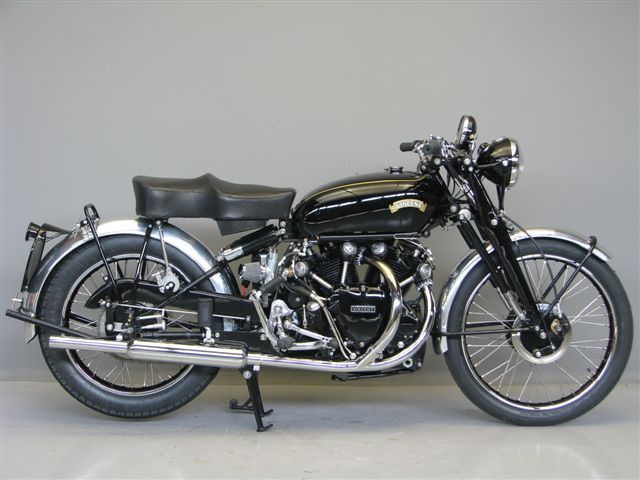 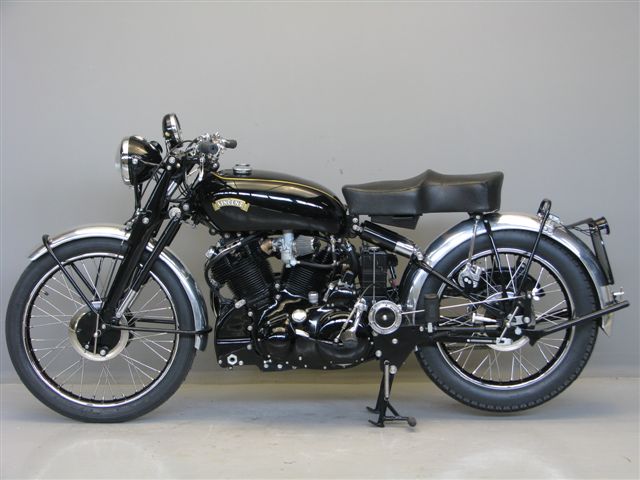 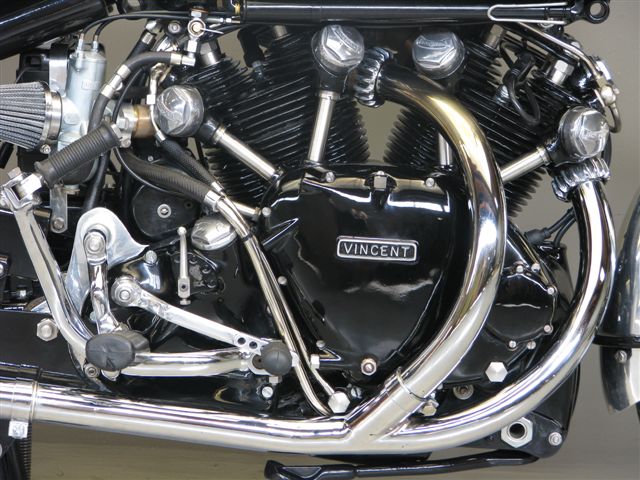 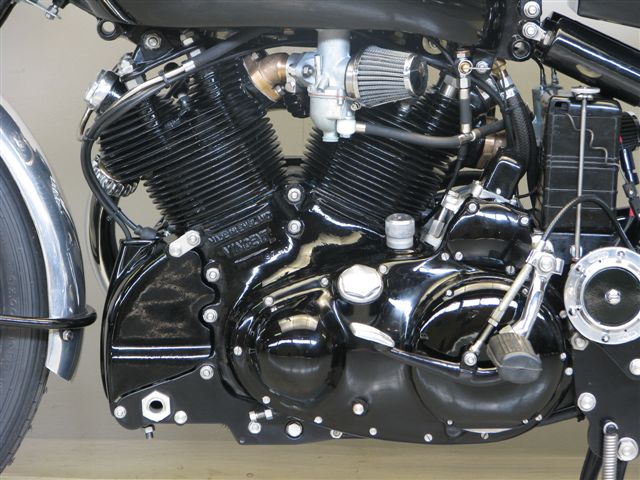 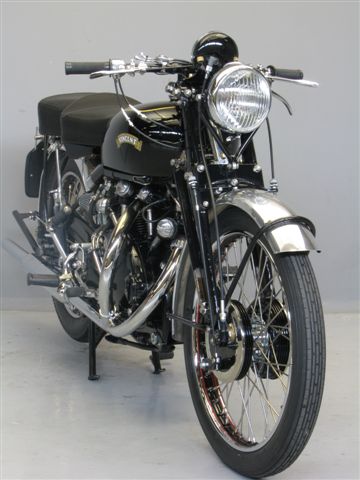 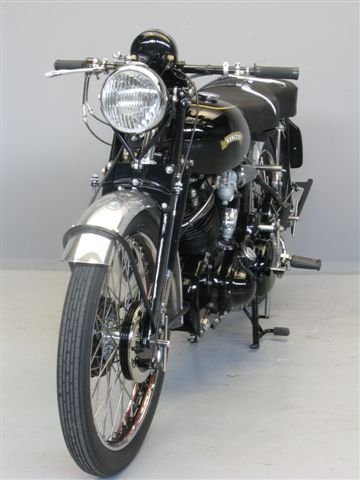 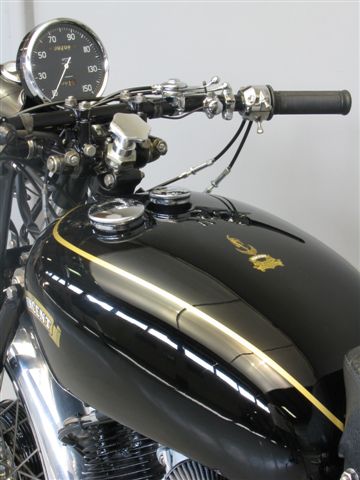 The select band of motorcyclists who could afford to purchase the sensational Series C Black Shadow for a massive £442 in 1952 were duly warned not to exceed 105mph in third gear! At a time when the average family saloon would run out of steam at 70mph only Jaguar’s XK120 and Aston Martin’s DB2 came close to keeping up with the fabulously quick, thundering V-twin on the open road.

The pre-war Series A Vincent-HRD – ‘the plumber’s nightmare’ – had caused a sensation in 1937, setting a pattern for innovation, build quality and high performance which was to remain synonymous with the name Vincent throughout.
Motoring journalist L J K Setright wrote in 1970 – ‘well into the 1960’s and even today, when it is wrapped in a mystique carefully cultivated by thousands of fanatically enthusiastic owners, the big Vincent retained that commanding air about it when you met one on the road, and many a rider of avowedly super-sporting machinery would be humiliated by having some much older Black Shadow come past at the canter.’ Ever conscious of the massive value of publicity, Vincent made much of Rollie Free’s World’s Fastest Production Motorcycle Record in 1948, riding John Edgar’s Black Shadow in America at a speed of 150.313mph, claiming that his boots reduced this achievement by no less than 0.5mph!

The Black Shadow was distinctive in appearance with its black-enamelled crankcases, its highly tuned engine out-performing Rapides on the open road and in all respects the Black Shadow reflected the outstanding build quality of the marque, more than justifying its price tag, which at the time would have bought a perfectly good family motor car.

This machine comes with a dating certificate from the Vincent HRD Owners Club, confirming the date of manufacture as 1952.
Copies of Vincent Works Order Form records show that both engine and frame left the factory in 1952.
During the period 2008/2009 a full restoration was completed, including all cosmetic and mechanical work and a complete engine rebuild, and thus returning this important motorcycle to the road and to substantially original specification in all major respects.
A real headturner capable of being used in modern traffic.!!