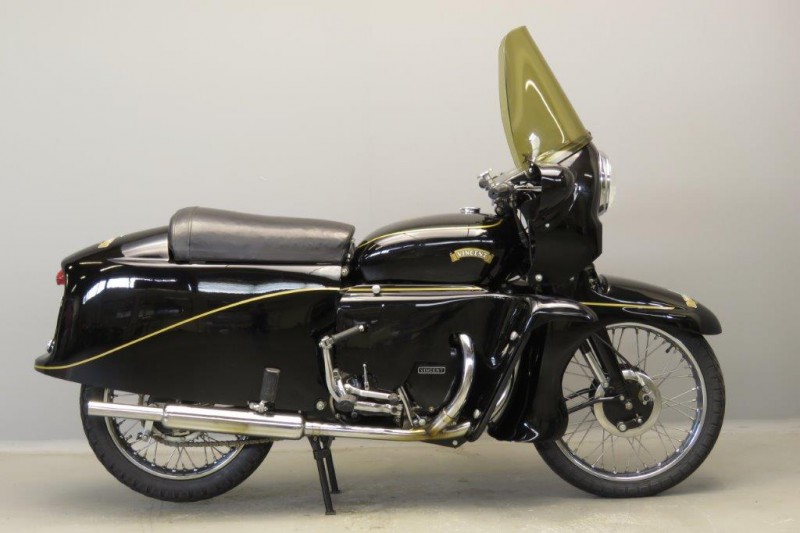 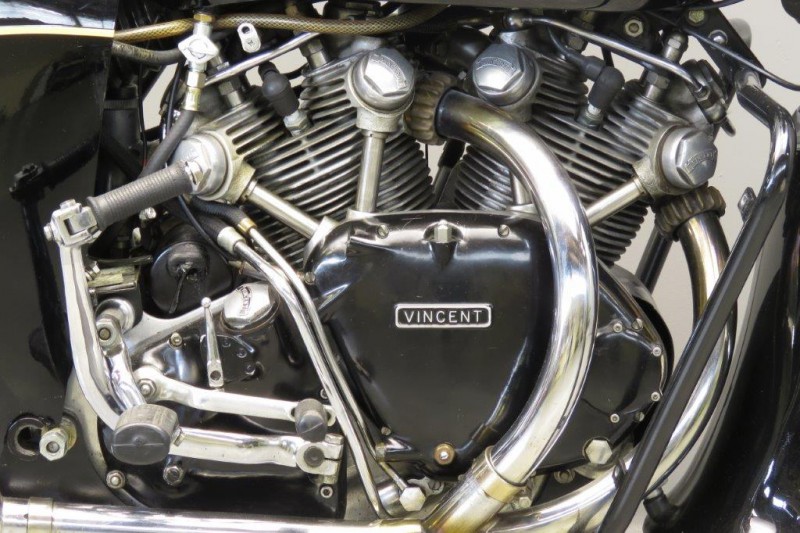 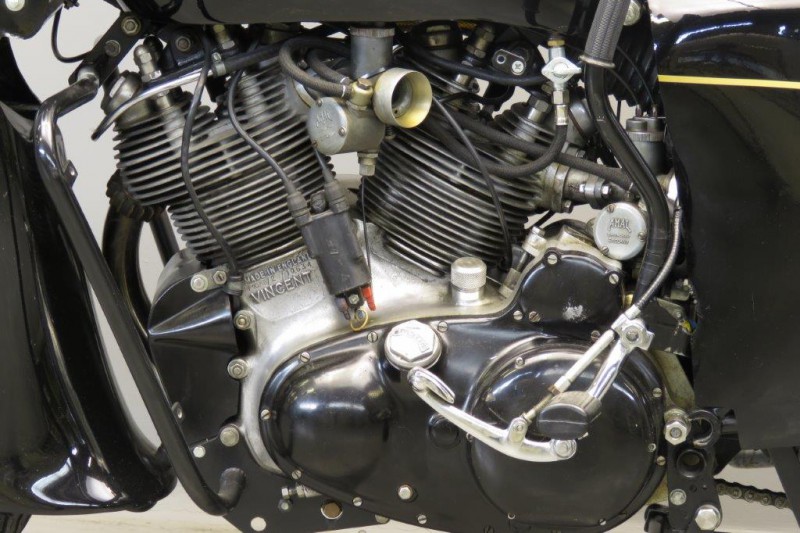 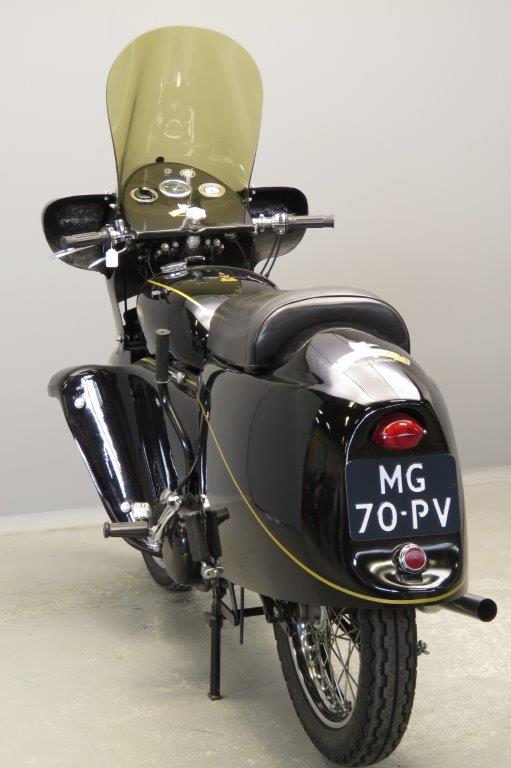 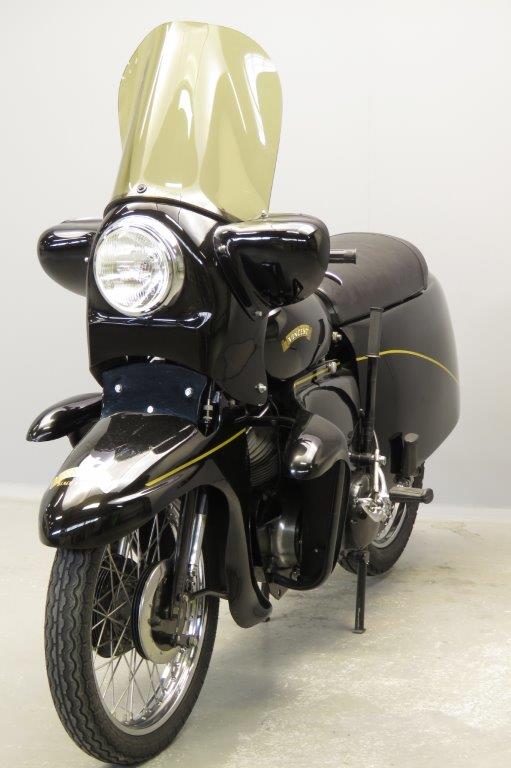 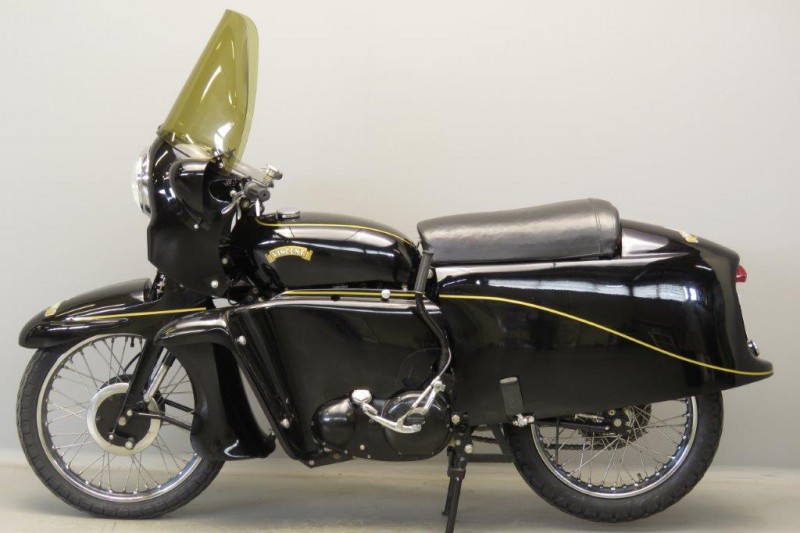 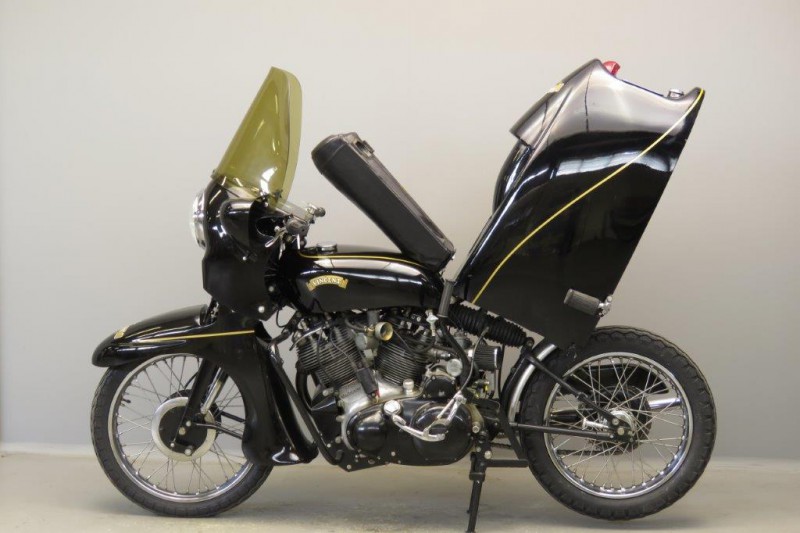 Ever since the Series A’s arrival in 1937, the Vincent v-twin had been synonymous with design innovation, engineering excellence and superlative high performance.
It was to be the Vincent that would usher the company into a bold new future, a ‘two-wheeled Bentley,’ in the words of Philip Vincent, who considered the design his best work.
Its flowing, all-enclosing bodywork would set new standards of refinement, allowing riders to commute to work in a crisp business suit, not leathers or nasty old waxed cotton.
So in September 1955 when it was revealed that production of the Stevenage-built machines would cease, the news stunned the motorcycling world.
It had been decided that the firm’s future lay in more profitable lines of manufacture.
By the time its demise was announced, Vincent’s final twin – the Series D – had been in production for just six months.
Other Series D innovations included a new frame and rear suspension: a steel tube replaced the original upper member/oil tank, while the previous paired spring boxes gave way to a single hydraulic rear shock.
In place of the integral oil reservoir there was a separate tank beneath the seat.
The user-friendly hand-operated centerstand was a welcome addition, and there were many improvements to the familiar V-twin engine, including coil ignition for easier starting and Amal Monobloc carburettors.
Sadly, the motorcycle community greeted the innovative new Vincents with suspicion.
The enclosed Rapide and Black Shadow were known as Black Knight and Black Prince, respectively. When production ceased in December 1955 around 460 Series D V-Twins had been built, some 200 of which were enclosed models.
Its creator’s vision of the Series D as a two-wheeled Grand Routier just did not conform to the public’s perception of the Vincent as the ultimate sports motorcycle.
Only a handful of the Black Knights did survive.
This very well running and nicely restored Black Knight has the 998 cc, 50 degree V-twin which produces around 45+hp. She comes with the parts, that can be used at wish, to convert this Black Knight into a unenclosed Series D Rapide.

This example of one of the rarest of post-war Vincents has been in the former ownership for many years.