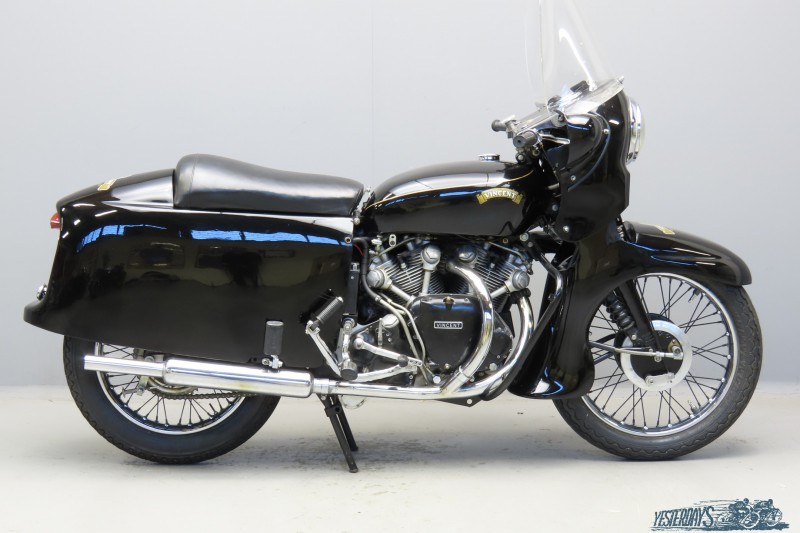 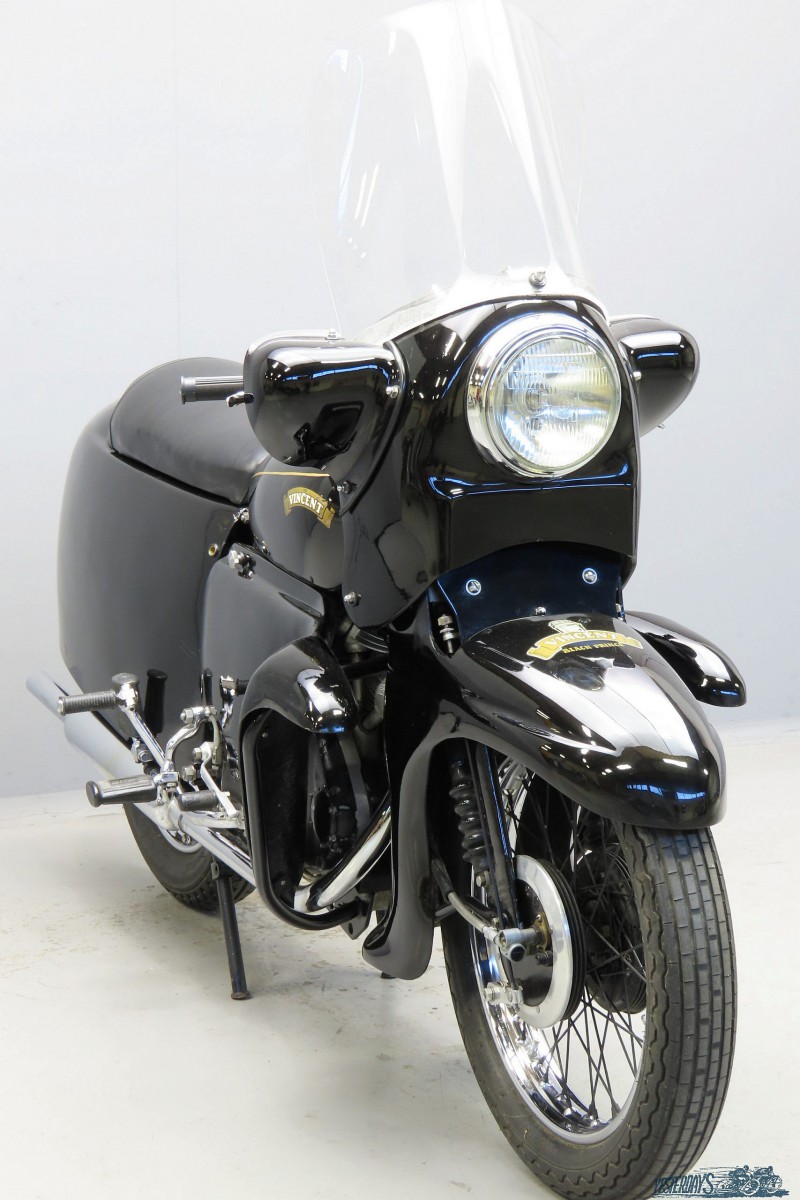 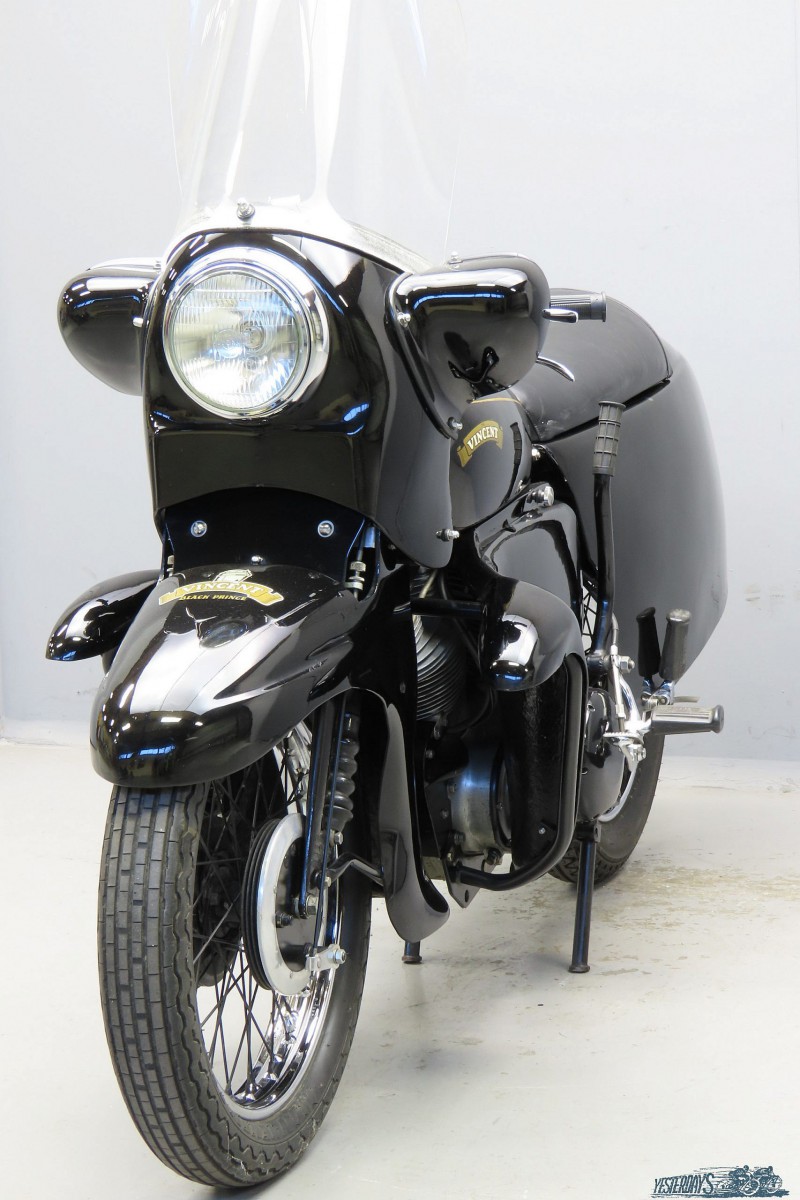 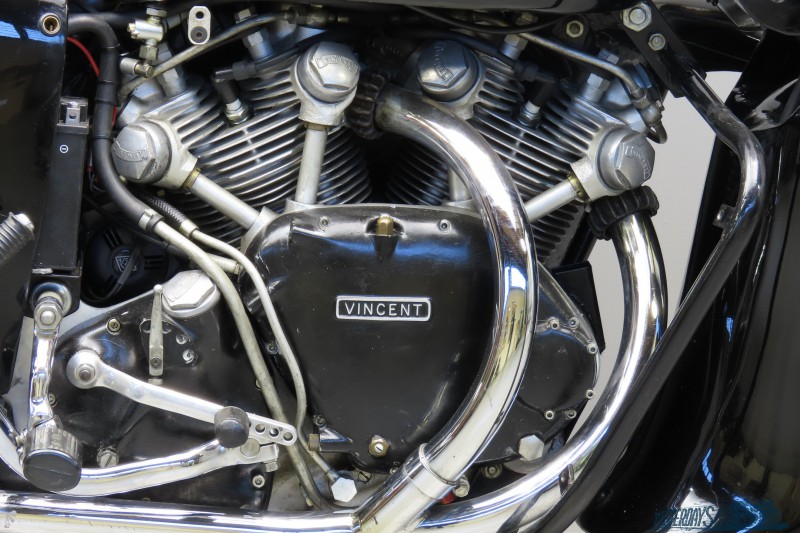 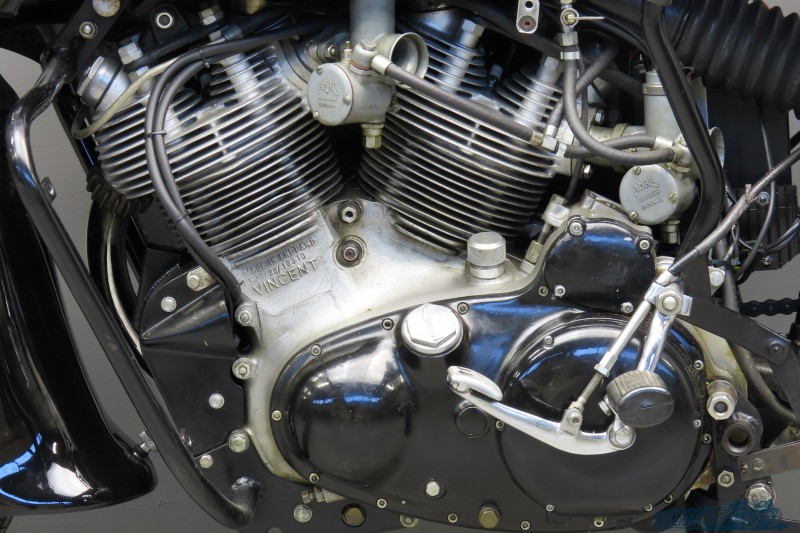 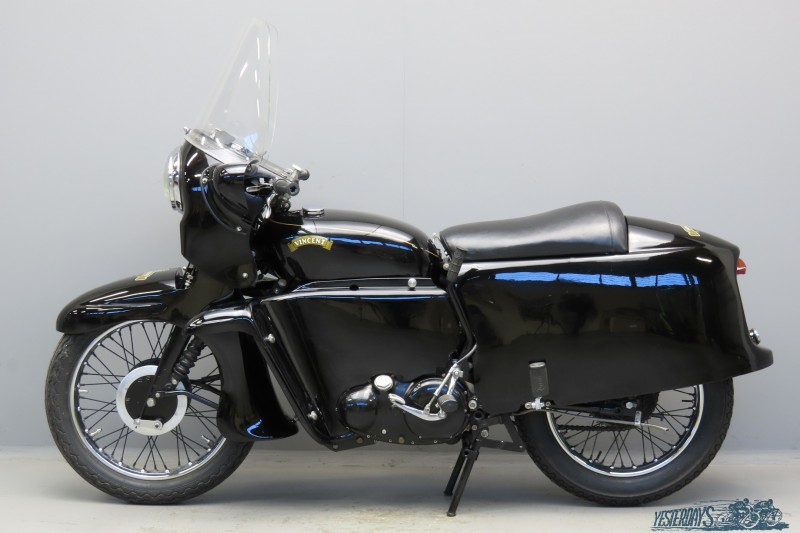 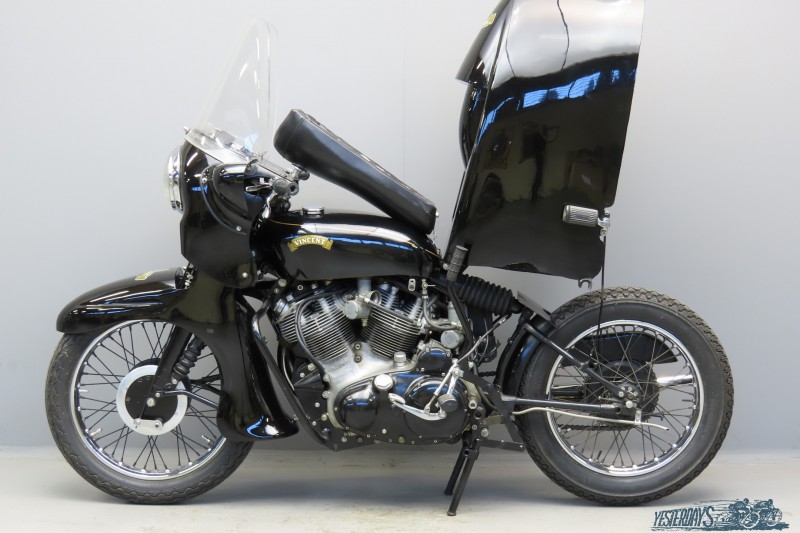 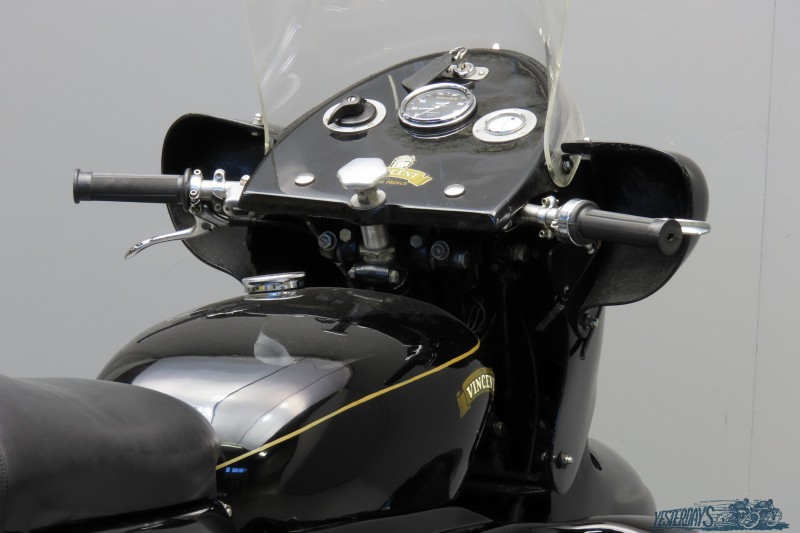 Ever since the Series A’s arrival in 1937, the Vincent v-twin had been synonymous with design innovation, engineering excellence and superlative high performance. It was to be the Vincent that would usher the company into a bold new future, a ‘two-wheeled Bentley,’ in the words of Philip Vincent, who considered the design his best work. Its flowing, all-enclosing bodywork would set new standards of refinement, allowing riders to commute to work in a crisp business suit, not leathers or nasty old waxed cotton. The enclosed Vincents got a lot of attention at the 1955 Earls Court show. The main change was innovative full enclosure and weather protection, with glass fibre panels that included leg shields and a handlebar fairing.
In September 1955, when it was revealed that production of the Stevenage-built machines would cease, the news stunned the motorcycling world. It had been decided that the firm’s future lay in more profitable lines of manufacture, and just 100 more of the fabulous v-twins would be completed. By the time its demise was announced, Vincent’s final twin – the Series-D – had been in production for just six months.
It had been Philip Vincent’s belief that provision of ample weather protection combined with enclosure of engine and gearbox, would make the Vincent Series-D the ultimate ‘gentleman’s motorcycle’, though delayed delivery of the glass fibre panels – plus continuing demand for traditionally-styled models – resulted in over half the production leaving the Stevenage factory in un-enclosed form. The enclosed Rapide and Black Shadow were known as Black Knight and Black Prince respectively. Care was taken to ensure that the engines were still easily accessible for general maintenance and the rear enclosure was hinged providing access to the rear wheel and drive chain.
Other Series-D innovations included a new frame and rear suspension, a user-friendly centre stand, plus many improvements to the peerless v-twin engine. When production ceased in December 1955, around 460 Series-D v-twins had been built, some 200 of which were enclosed models.
The machine on offer is in excellent overall condition and has been fitted with a practical electric starting mechanism.