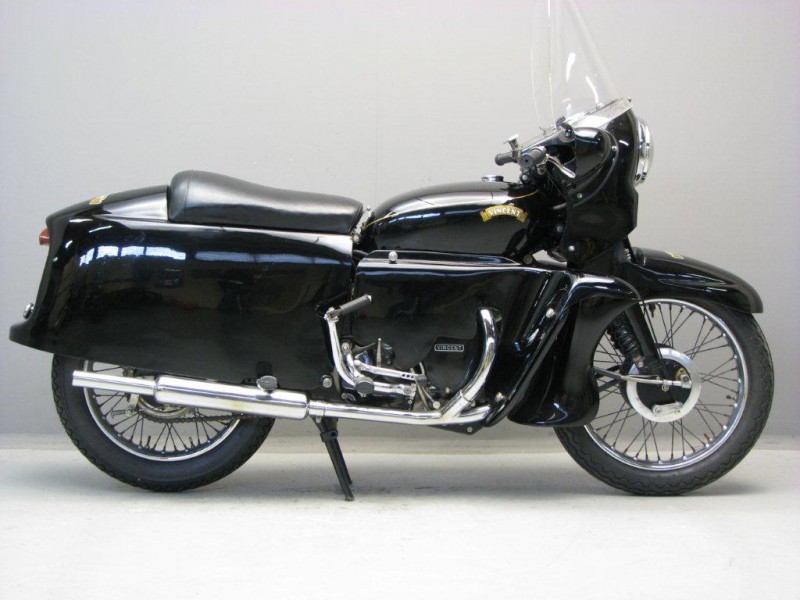 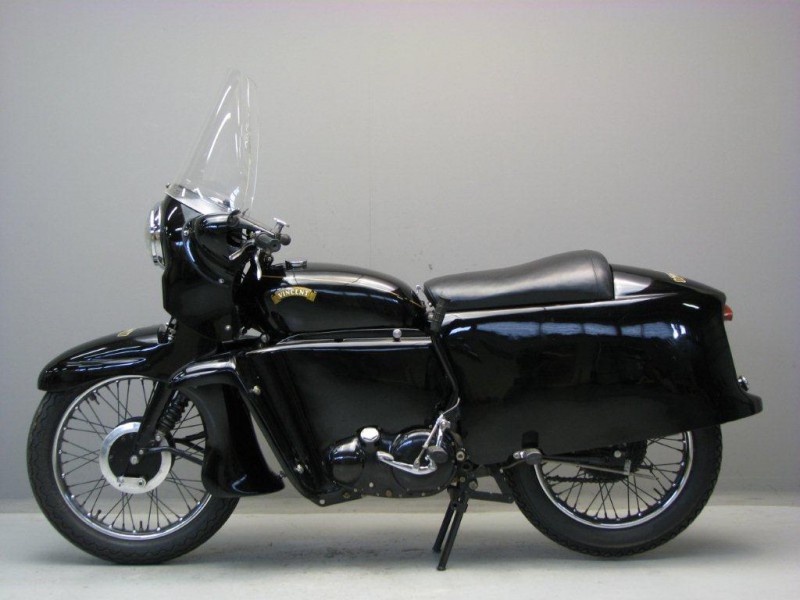 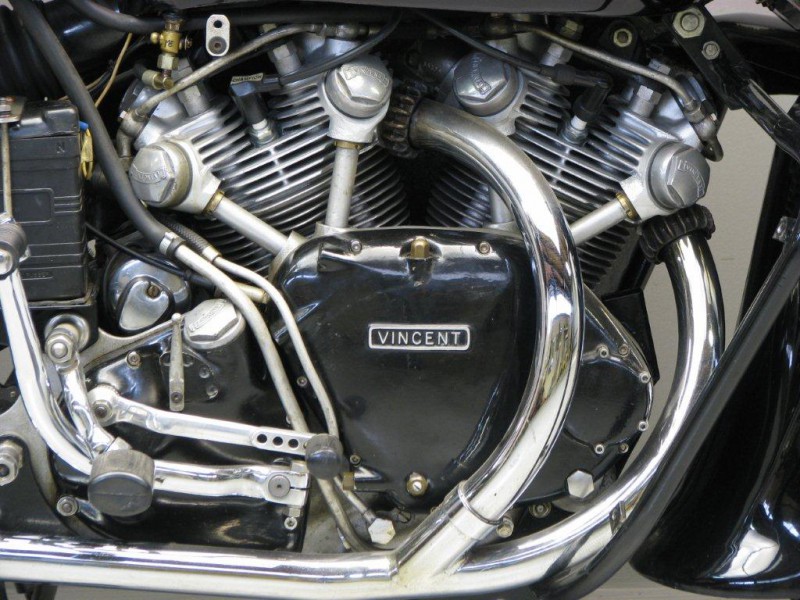 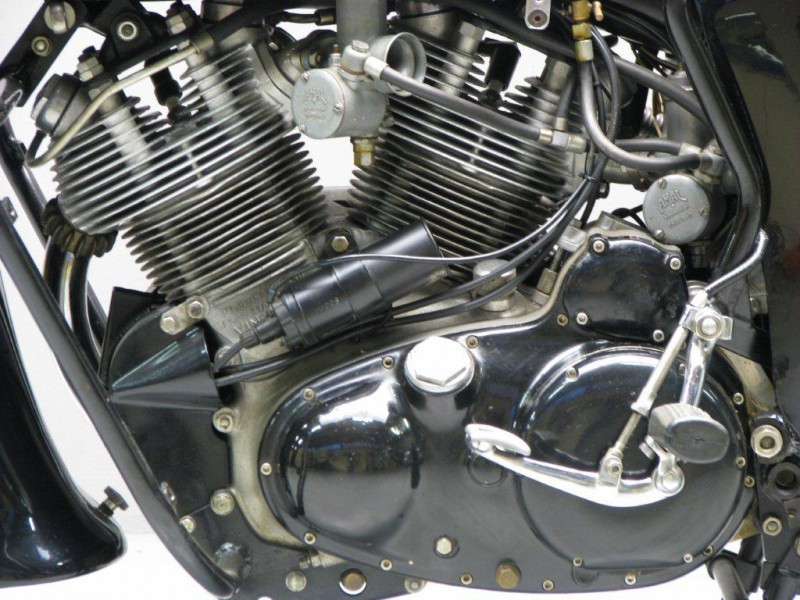 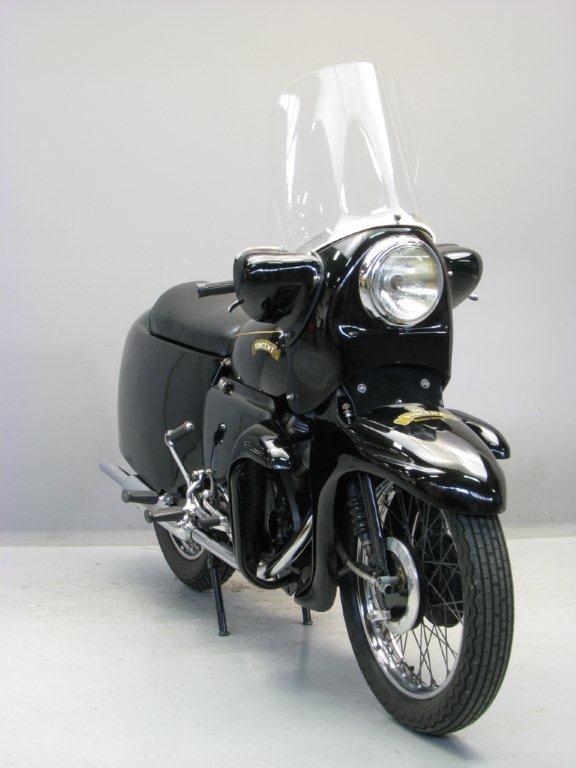 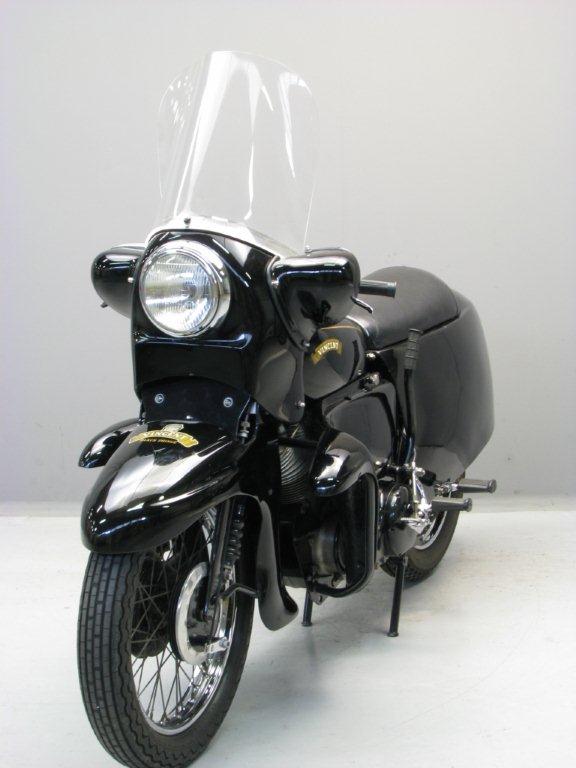 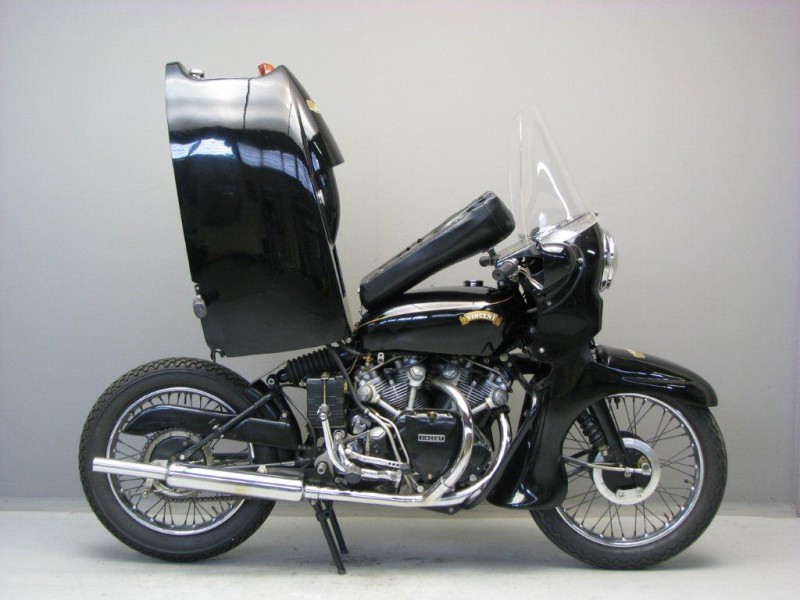 The Vincent Black Prince was by the time the most expensive motorcycle on the market and was made between 1954 and1955 by Vincent Motorcycles.
A year before the factory closed in 1955, Vincent produced the enclosed range of Vincent Black Knight and Black Prince.
Phil Vincent described it as a ‘two-wheeled Bentley’ and the enclosed Vincents got a lot of attention at the 1955 Earls Court show.
Falling sales and dated styling, forced Phil Vincent to update the full range.
The main change was innovative full enclosure and weather protection, with glass fibre panels that included leg shields and a handlebar fairing.
The reason was not streamlining for speed, as the Vincent was already powerful enough for riders of the day – it was instead about the idea that the rider could travel to work in a suit rather than full motorcycle kit.
Care was taken to ensure that the engines were still easily accessible for general maintenance and the rear enclosure was hinged providing access to the rear wheel and drive chain.
The Black Prince was launched at the 1954 Earls Court motorcycle show.
There was a lot of interest but much of it was critical, and the Black Prince was termed the motorcycle you either love or hate.
The Motor Cycle road tested a Black Prince and concluded that it handled as well as the Vincent Black Shadow with improved fuel consumption.
Increasingly affluent customers may have encouraged Vincent to go for a ‘high end’ luxury touring model, but at the same time high volume and very affordable small cars were flooding the market. Vincent’s accountants suddenly realised that they were losing money on every Black Prince sold, so the last example of both the model and the marque left the production line on Friday, 16 December 1955.
Approximately 200 of the Black Prince models were built.