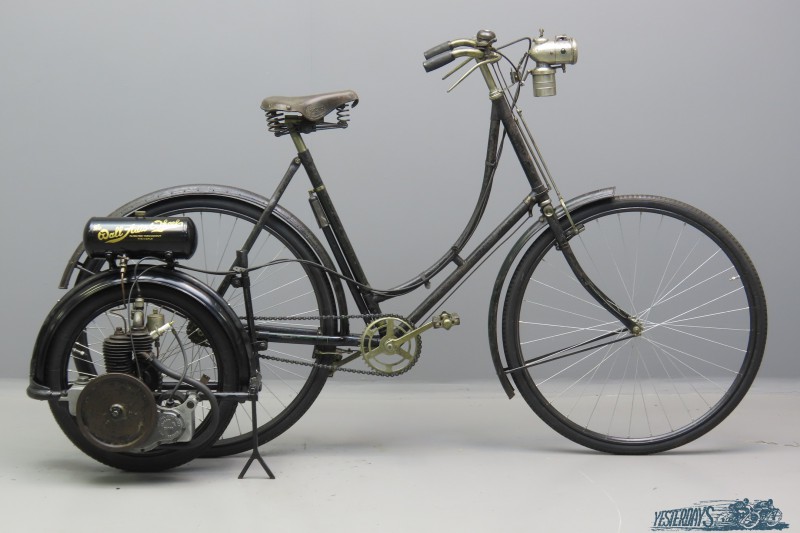 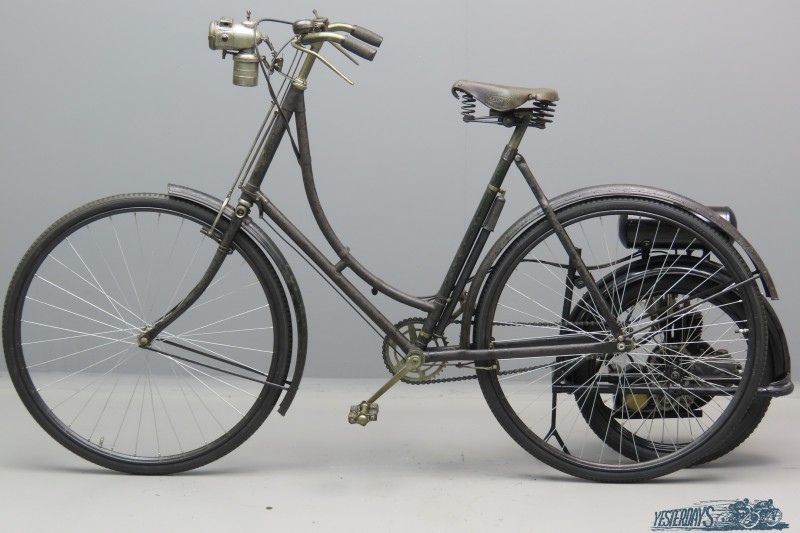 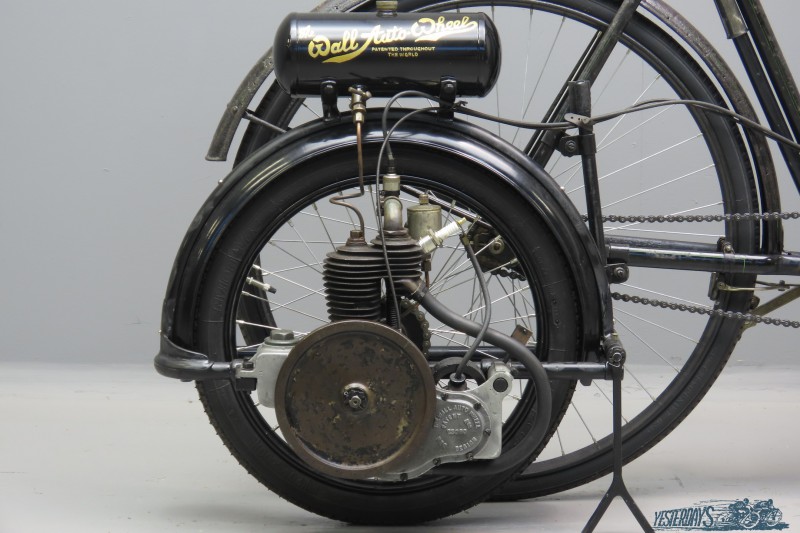 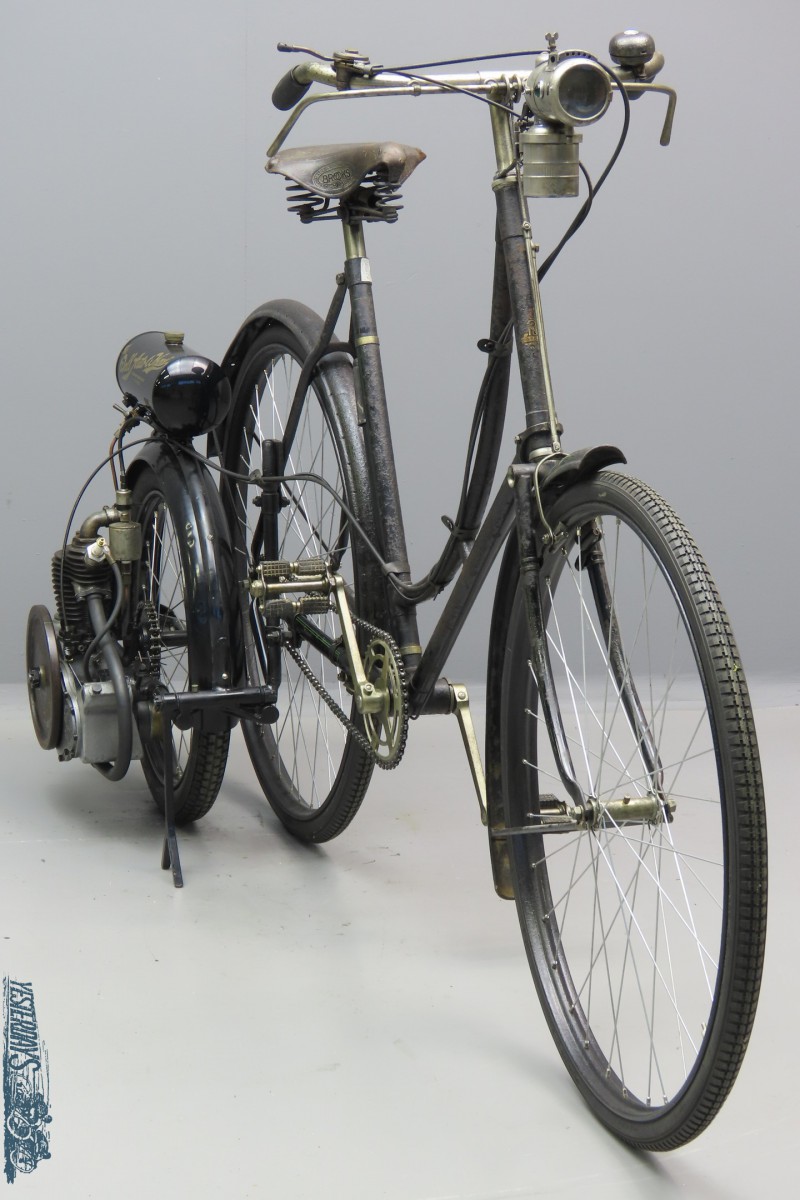 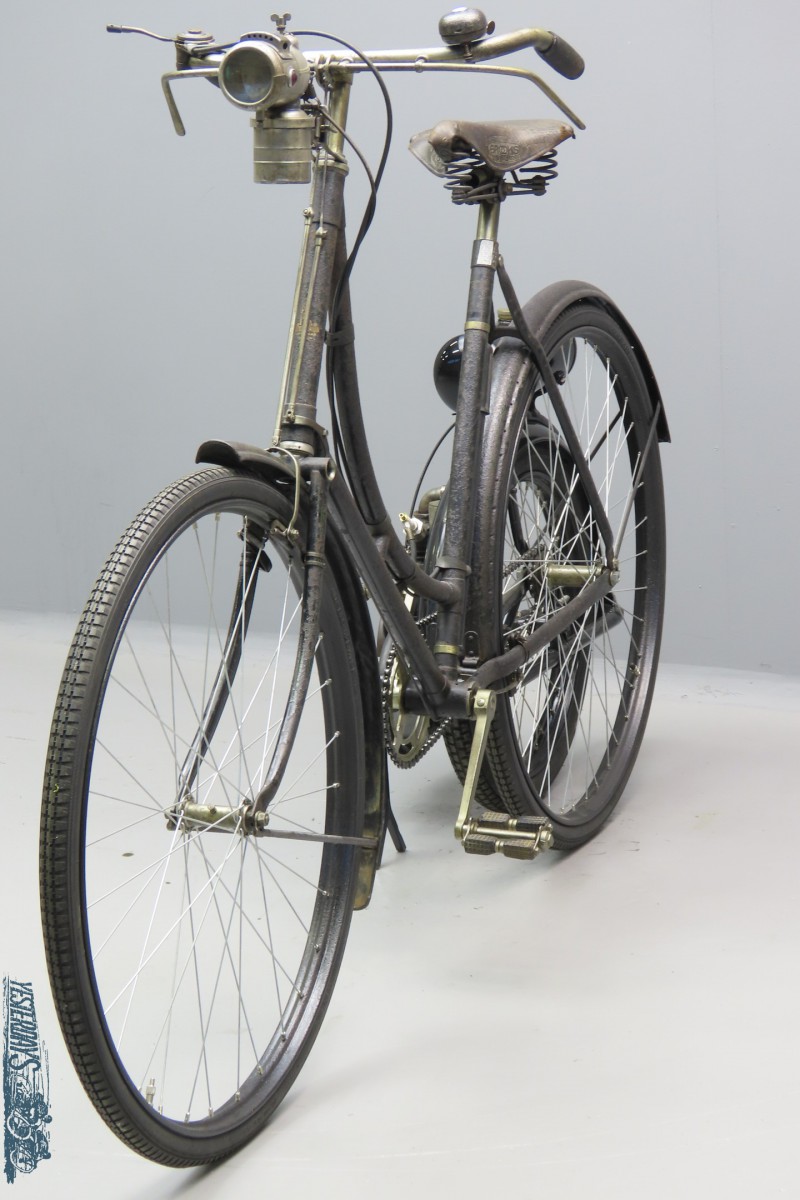 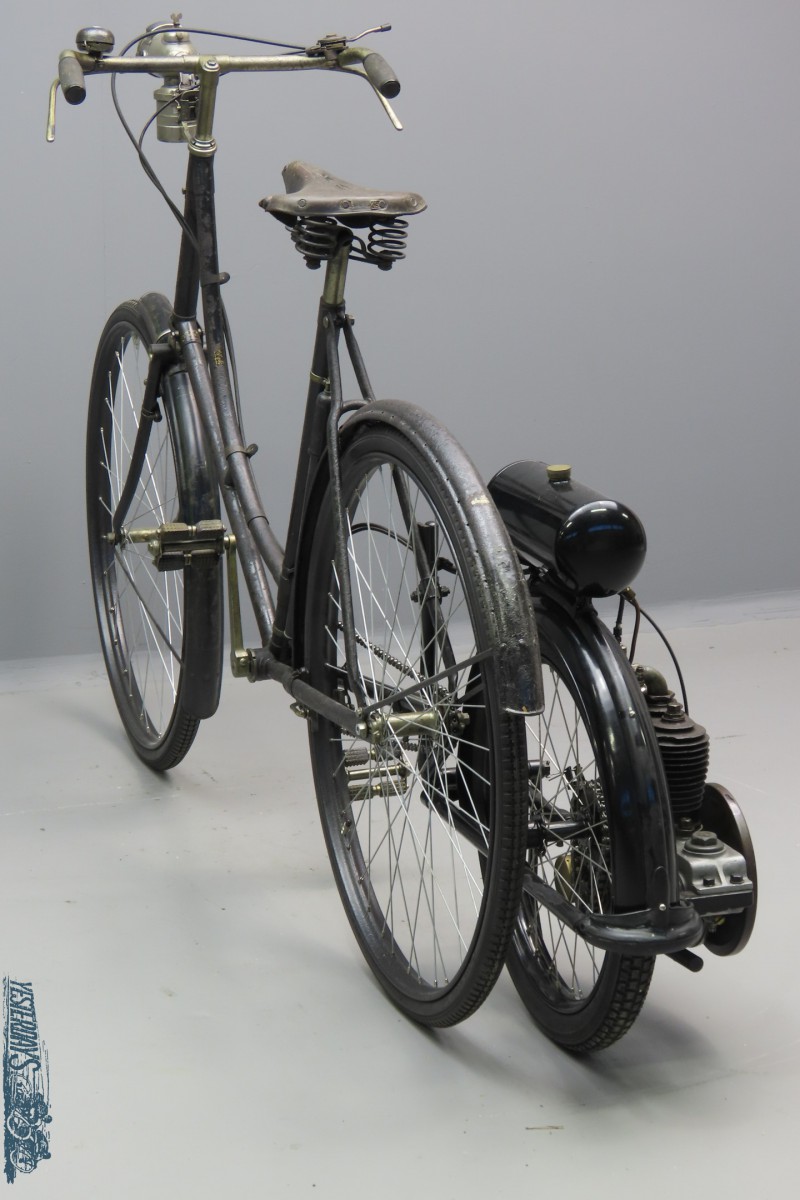 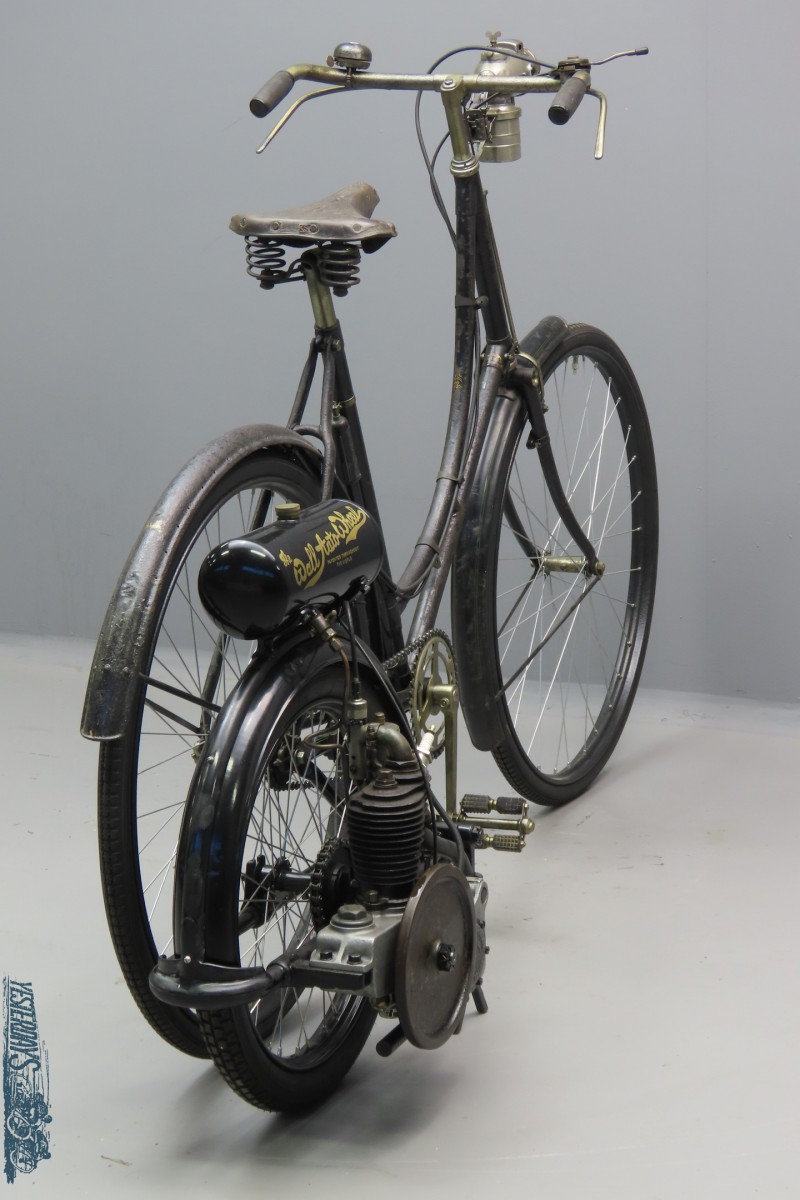 Motorised attachments for bicycles were first popularised in the Continent but even before The Great War there were one or two British examples, perhaps the best known being the Wall Auto-Wheel.
The latter was the work of A W Wall, of Guildford, who offered a proper motorcycle of his own design during 1903/1904, which was later marketed under the ‘Roc’ name and produced in Birmingham. Wall’s prototype Auto-Wheel appeared around 1909 and the first production version in 1912.
Mr. A. W. Wall produced various types of motorized vehicles in the ROC Motor Works in Birmingham.
The company was financed by the famous writer Sir Arthur Conan Doyle.
Initially Precision-engined motorcycles were built with very long frames that could be equipped with two speed gears of ROC manufacture. Around 1910 a three wheeled vehicle was marketed, the Wall Tricar.
About that time Wall ventured in the field of auxiliary engines by bringing out the Autowheel, a drive unit that could be coupled to a bicycle. |
The Autowheel became popular and thousands were sold in the years before World War 1; output totalled some 1,750 units in 1913 and 10,000 in 1914, 5,000 of which were produced by BSA.
The Smith Motor Wheel and Briggs & Stratton Motor Wheel were developments of the Wall Autowheel.
Word has it that the aluminium engine castings were produced in Belgium.
Some notable differences between 1913 and 1914 models:1913 early units had tubular engine mounts front and rear, induction direct over the inlet valve and no silencer box on the front engine mount.
Later 1913 models – as ours is – had a platform engine mount at the back and tubular at the front. 1914 models have platform mounts front and rear, induction into the side of the cylinder block and an exhaust box in the front engine mount.
This charming, easy to handle and economical piece of veteran transport is running fine and comes complete with Pioneer Certificate.
The Quality Raleigh bicycle in in original, unrestored condition and is fitted with acetylene headlamp, tyre pump and Brooks saddle.