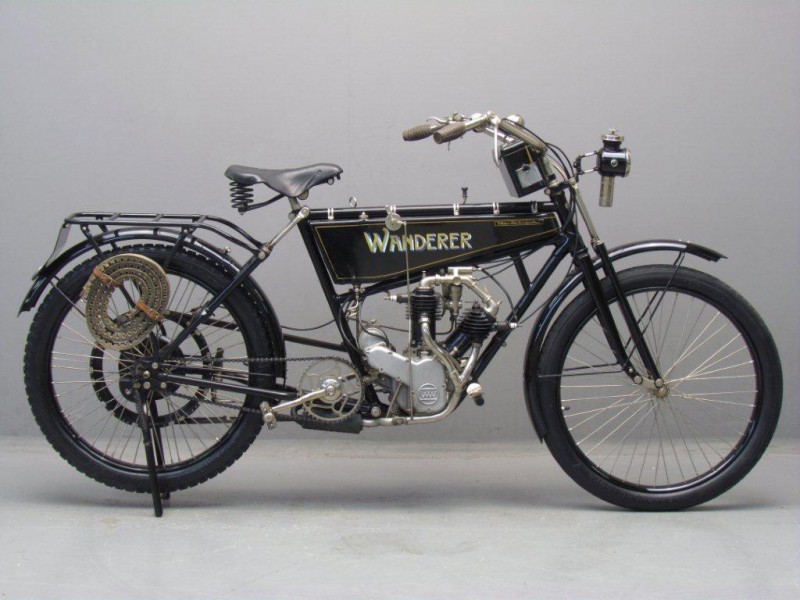 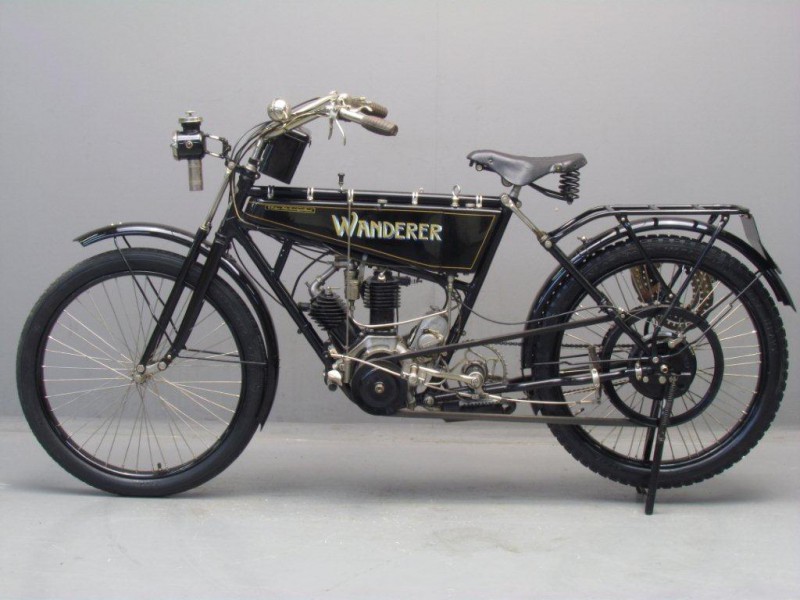 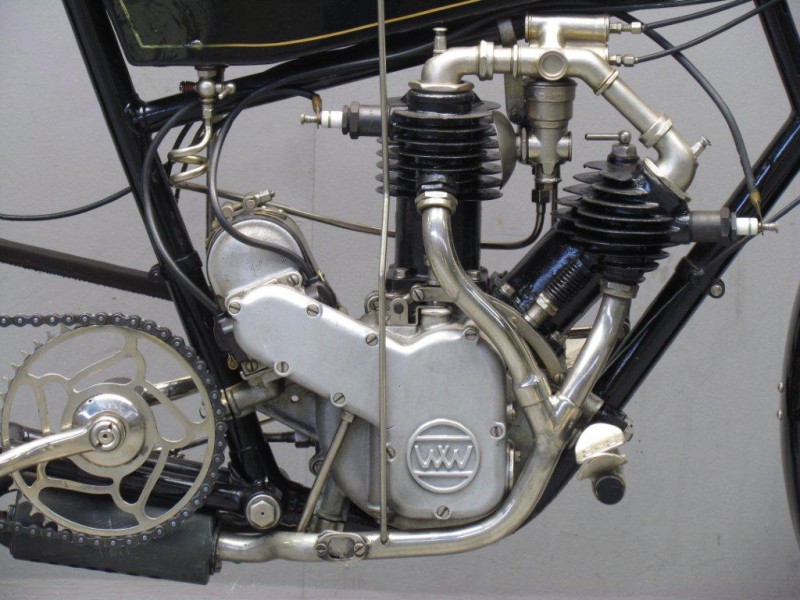 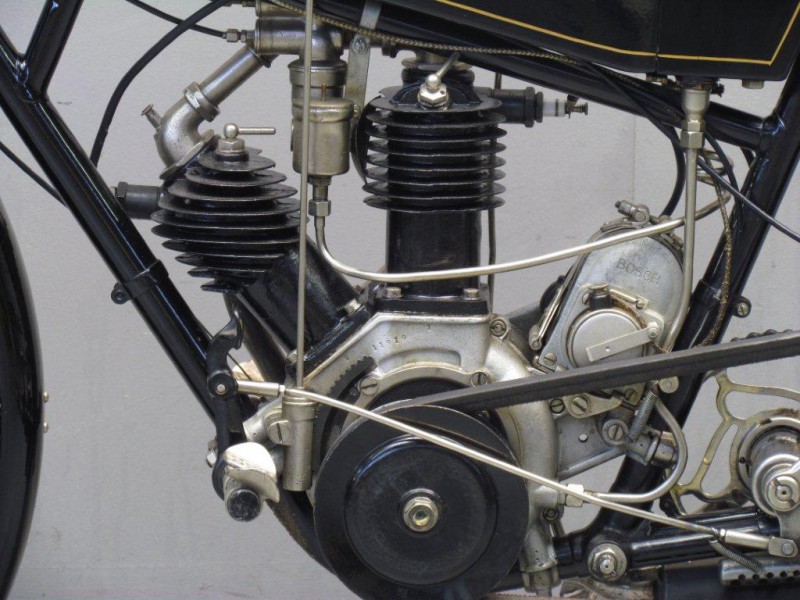 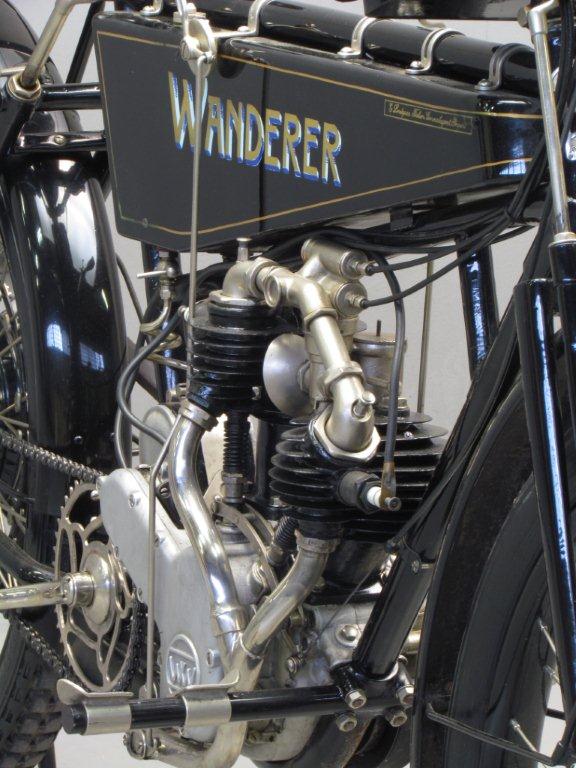 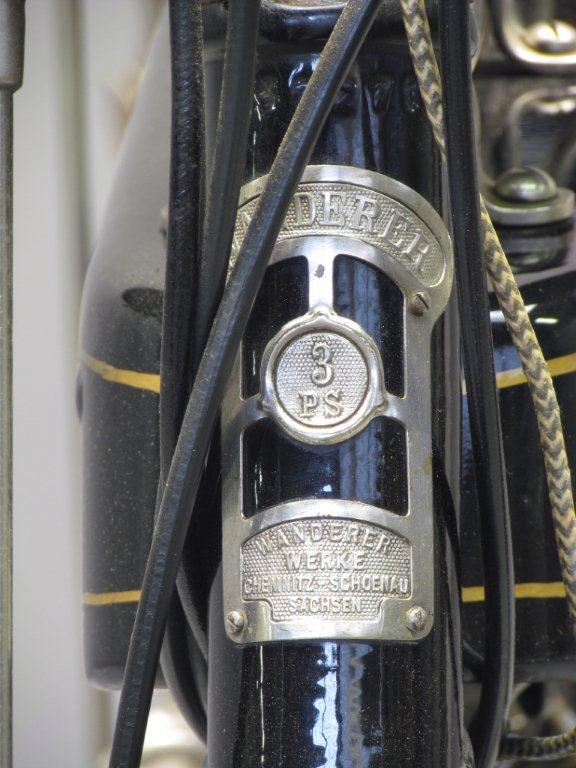 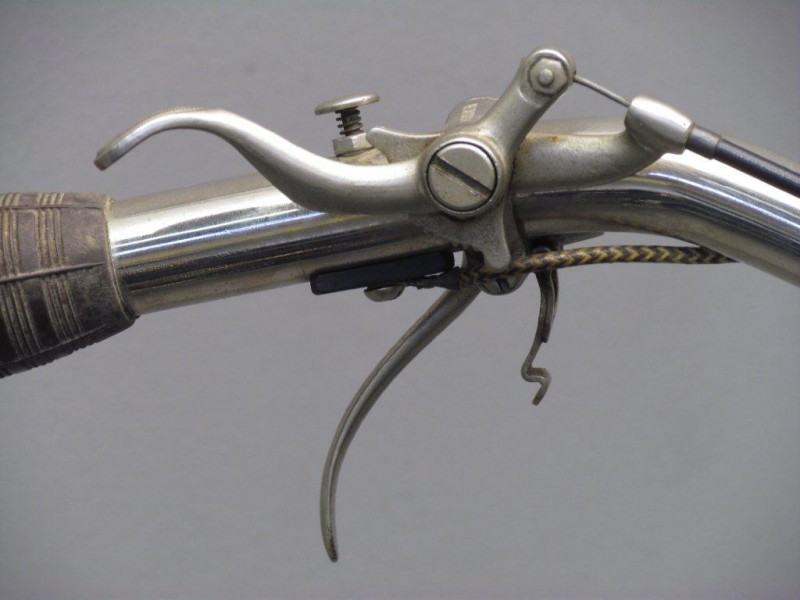 Wanderer motor cycles were manufactured in the German town of Chemnitz between 1902 and 1929.
The Wanderer Company also built high-quality bicycles, typewriters, mechanical calculators and cars.
In the early twenties, the firm employed more than 6000 labourers.
Wanderer motorcycles had an excellent reputation; they were sturdily built and their finish was first class.
Between 1914 and 1918 the German army used many Wanderers.
The company used both single cylinder and  unit construction V-twin engines of their own manufacture.
In the twenties Wanderer was successful in racing, especially with their 8-valve OHV V-twin. In 1929 the Czech manufacturer of arms Janecek bought the licence of the Wanderer design and started producing motorcycles under the JAWA  ( Janecek and Wanderer) trademark.
The 3 HP model was introduced at the end of 1910 and was equipped with both front and rear suspension.  It was light, started and handled well and  had considerably more  power than the single cylinder model  so it soon earned an excellent reputation for itself.
The Wanderer policy was to offer customers a long list of options: these included features as valanced mudguards, colour options for frame and tank, narrow or wide pin striping,  nickel on wheel rims and pulleys and exhaust cut-out.
This cut-out was not allowed on machines sold within the German Empire.
This machine is fitted with such an exhaust cut-out, so it must have been an export model.
This excellently restored veteran  is single geared and fitted with a belt tensioner on the front pulley.