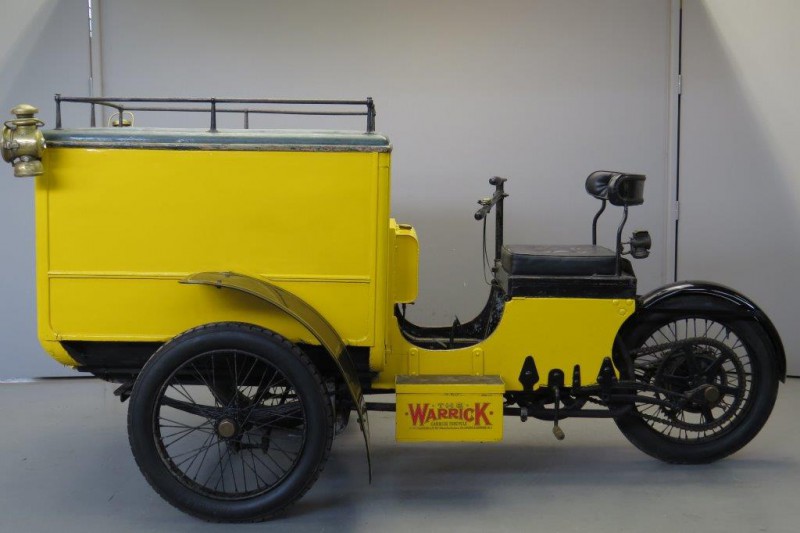 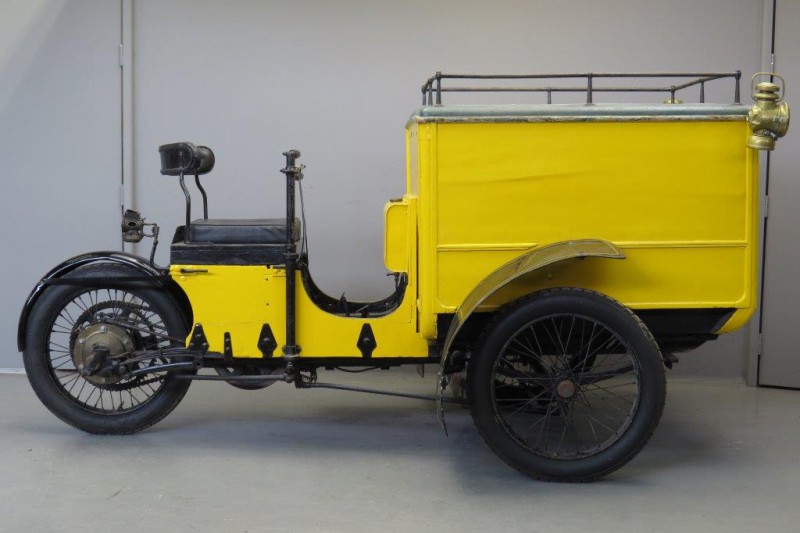 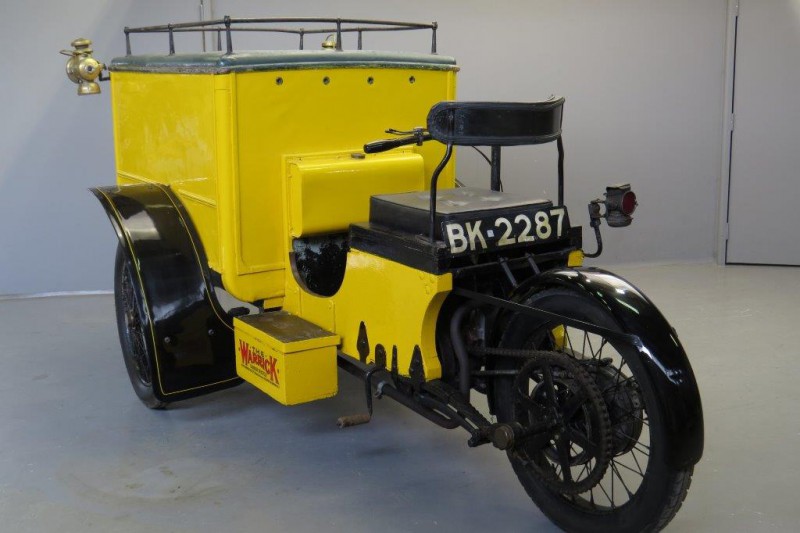 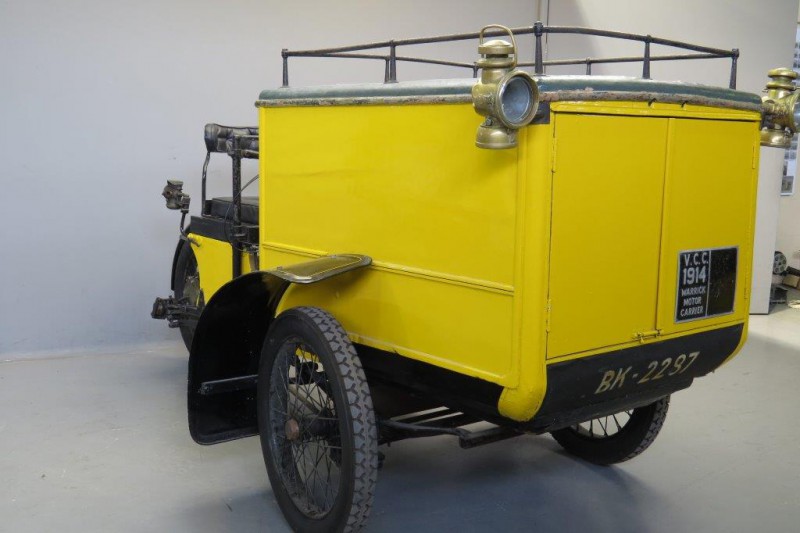 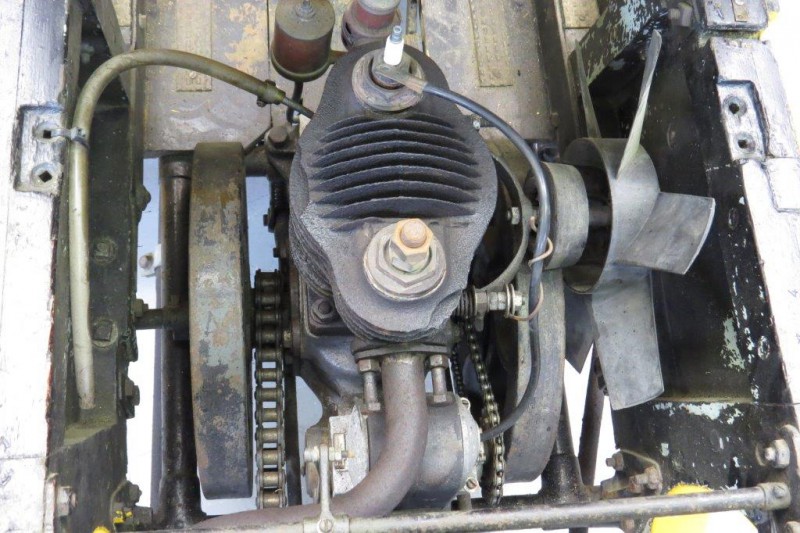 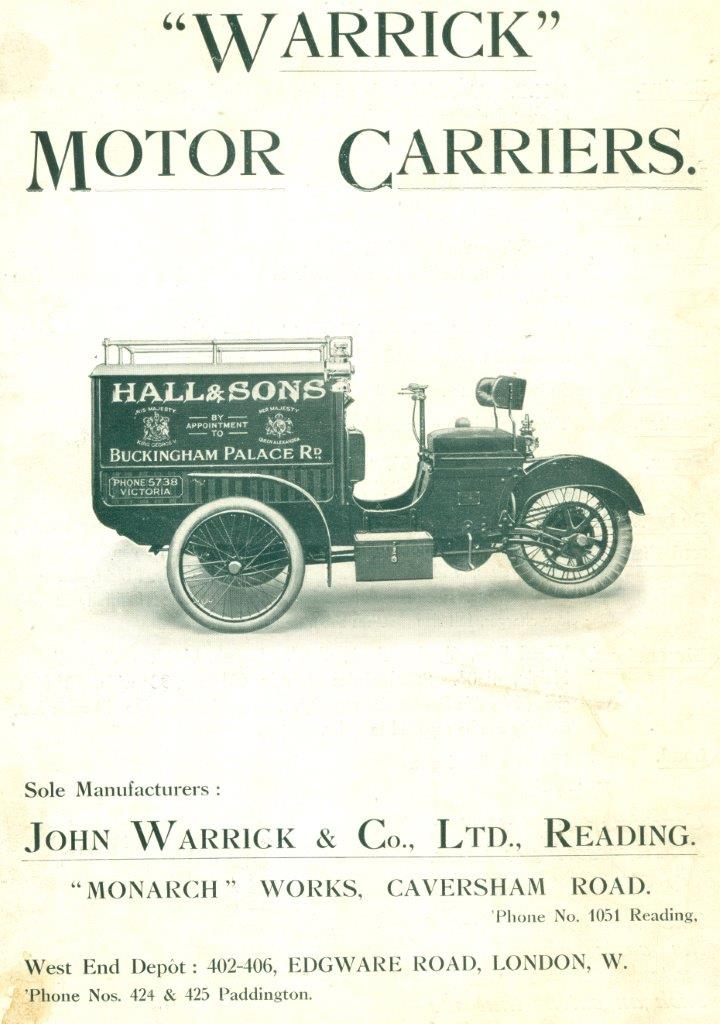 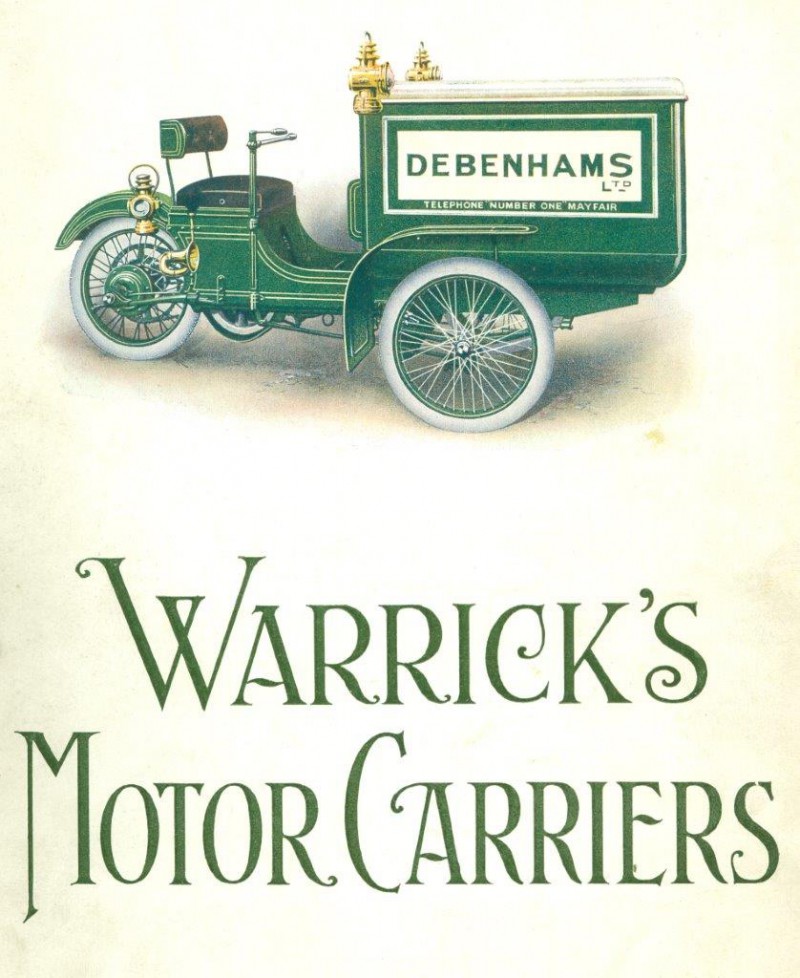 In the early 1900s businesses were looking for more economical ways of delivering their goods.
One of the ideas put forward was the motorised delivery tricycle.These small, light delivery vehicles were ideal for the distribution of parcels within towns and cities.
They were driven by lads in their early teens which helped keep running costs down.
Many small businesses used them, particularly butchers and grocers who had to deliver a lot of small items over a wide area.
Here we present a 1914  Motor Carrier, produced by John Warrick and Co. from Reading
This company was established in 1877 and famous fortheir Monarch tricycles.
Steering is of the tiller variety. Push it to turn right, pull it back to turn left.
It’s easy enough to get used to it, though the turning circle is not brilliant by comparison with later vehicles.
The controls are on the tiller steering column.
Throttle is the top lever and the choke is below.
Pulling either control lever toward you advances it.
The shorter handle, above the tiller steering, is for the two-speed gears.
The petrol tank can also be observed in front of the driver.
The driver sits above the engine. We noticed some vibration at a standstill, though it eases when driving off.
This Warrick Motor Carrier retained its original commercial body, which was used pre-war by a baker’s in Emsworth, Hants.
The Warrick’s original box is in excellent condition for a wooden structure that’s 100 years old.
It’s unusual for a vehicle this old to still retain any record of its original sale.
The single cylinder engine  ( bore x stroke 95 x 102 mm)  has a high speed cooling fans  that are friction driven off the flywheel, which have spokes cast in fan form to assist colling.
The rear hub houses a  two speed epicyclic gear of the ROC type.
The sparks come from a Bosch magneto, the mixture is provided by Brown& Barlow.
For more information about this Warrick Motor Carrier and Warrick in general, we refer to an excellent website for Warrick at: http://1914warrick.wordpress.com/1-first-generation-of-cars-the-3-wheeled-cyclecar/