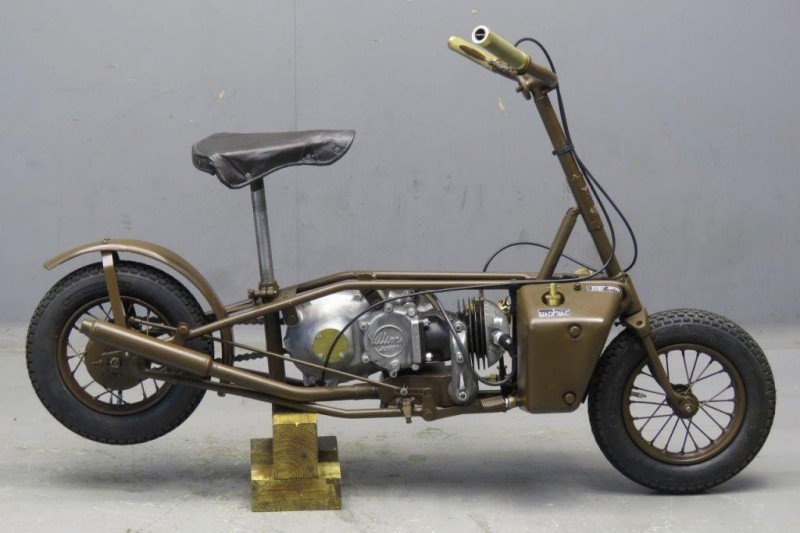 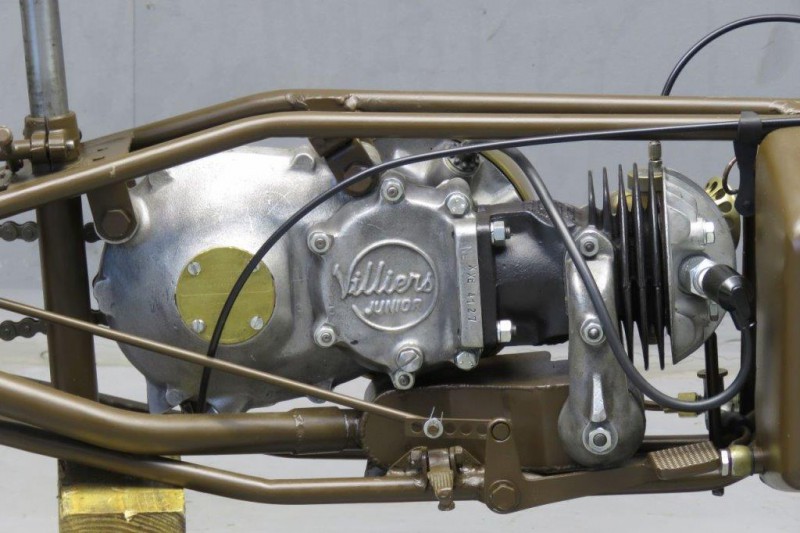 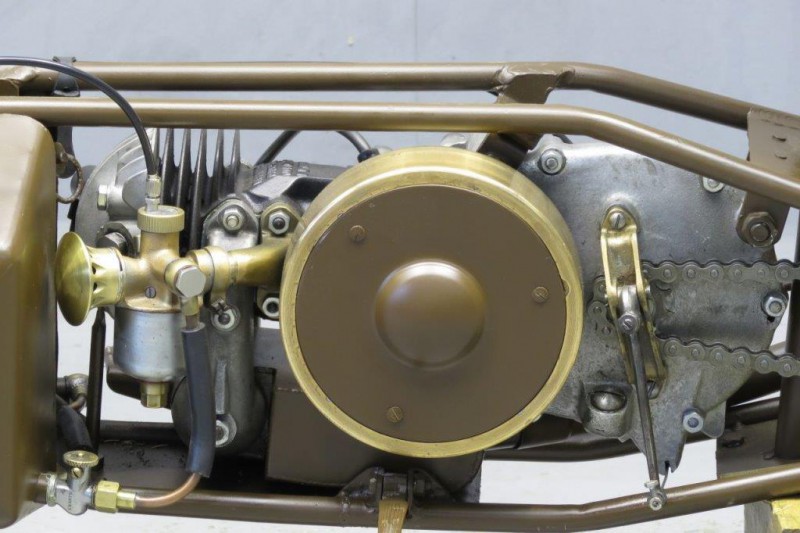 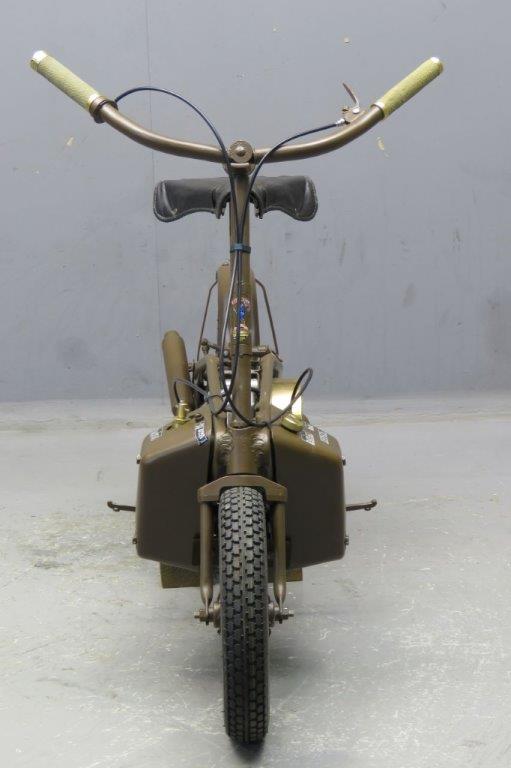 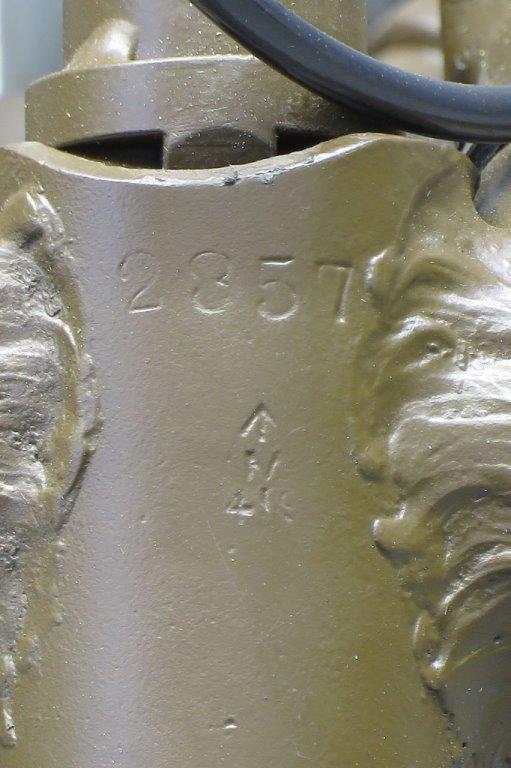 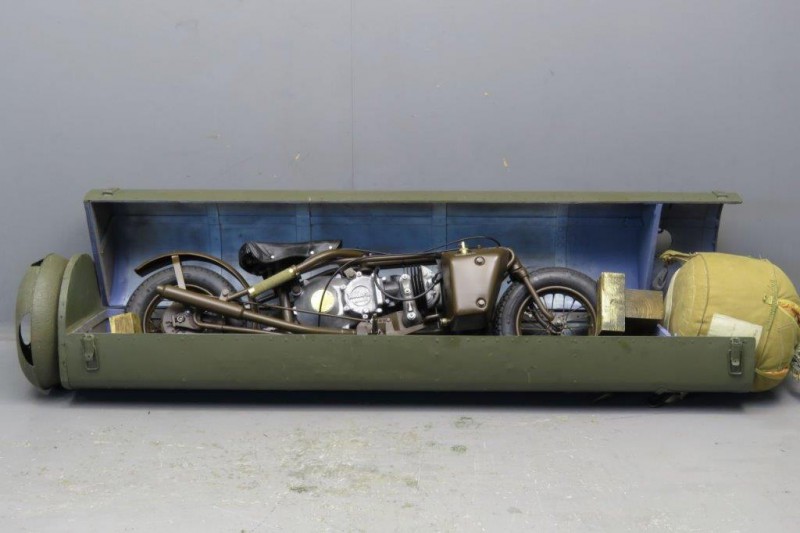 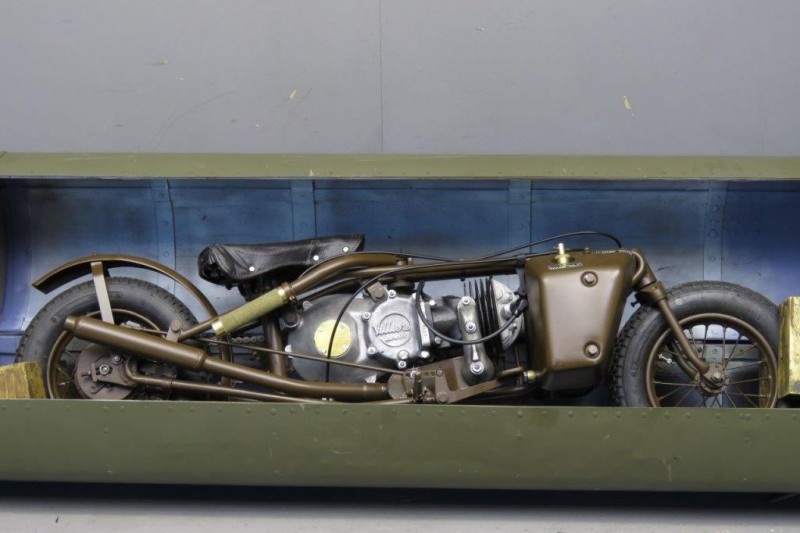 Built by Excelsior of Tyseley, Birmingham, the wartime Welbike was a 'fold-away' miniature motorcycle designed to be dropped by parachute in support of airborne troops.
The Welbike employed a low-slung tubular frame on top of which sat the fuel tank, while the saddle was mounted bicycle-fashion on a tubular seat post.
The tall handlebars could be folded down flat and the wheels carried 12½"-diameter tyres, the result being a masterpiece of packaging that could be fitted into a modified standard equipment container, measuring no more than 15” in diameter, for the purposes of the drop.
Although intended for airborne troops, by 1943 the Welbike was being used by other military units, including Army Commandos and Royal Marines, while in the Far East it found favour with RAF personnel as solo transportation around airfields.
Almost 4,000 had been produced by the war’s end and then in 1948 the civilianised Corgi version appeared, manufactured by Brockhouse Engineering of Southport.
This apparently well restored example can be offered with the rare D-shaped drop-container , parachute and crash-piece at extra costs .