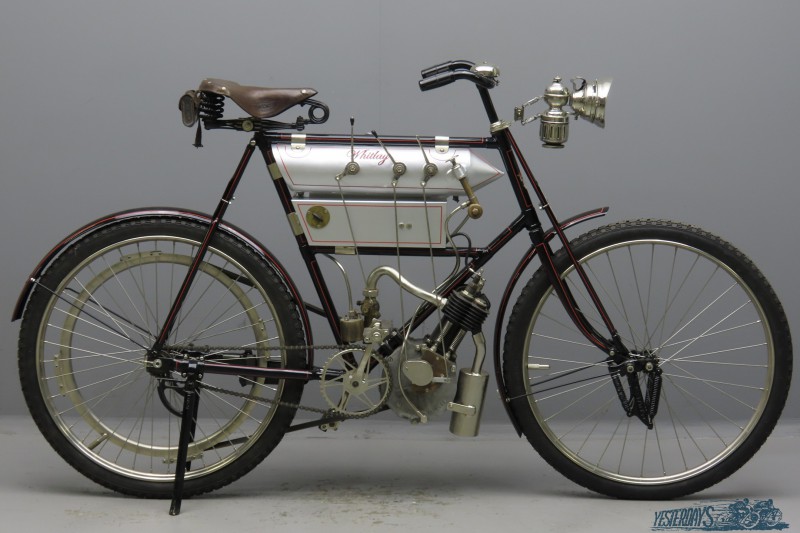 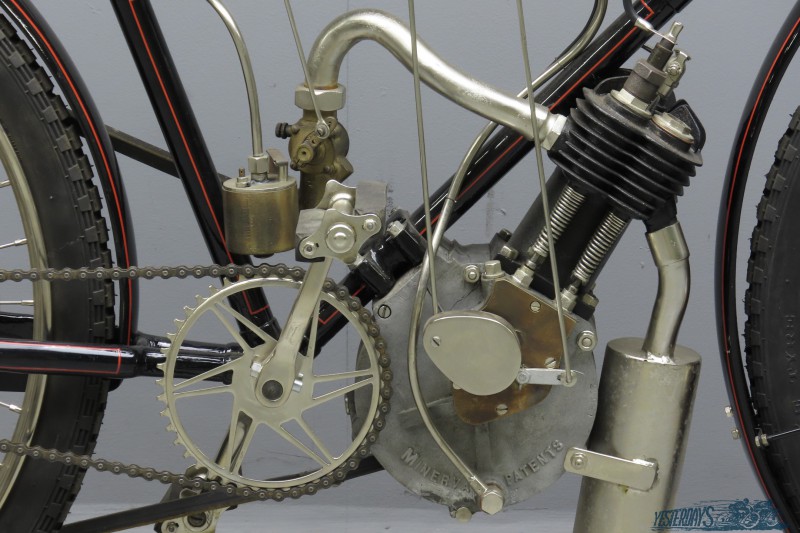 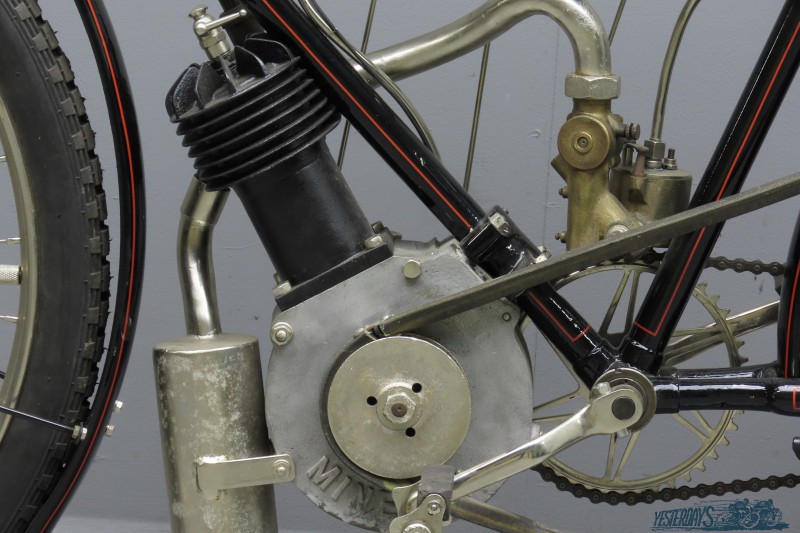 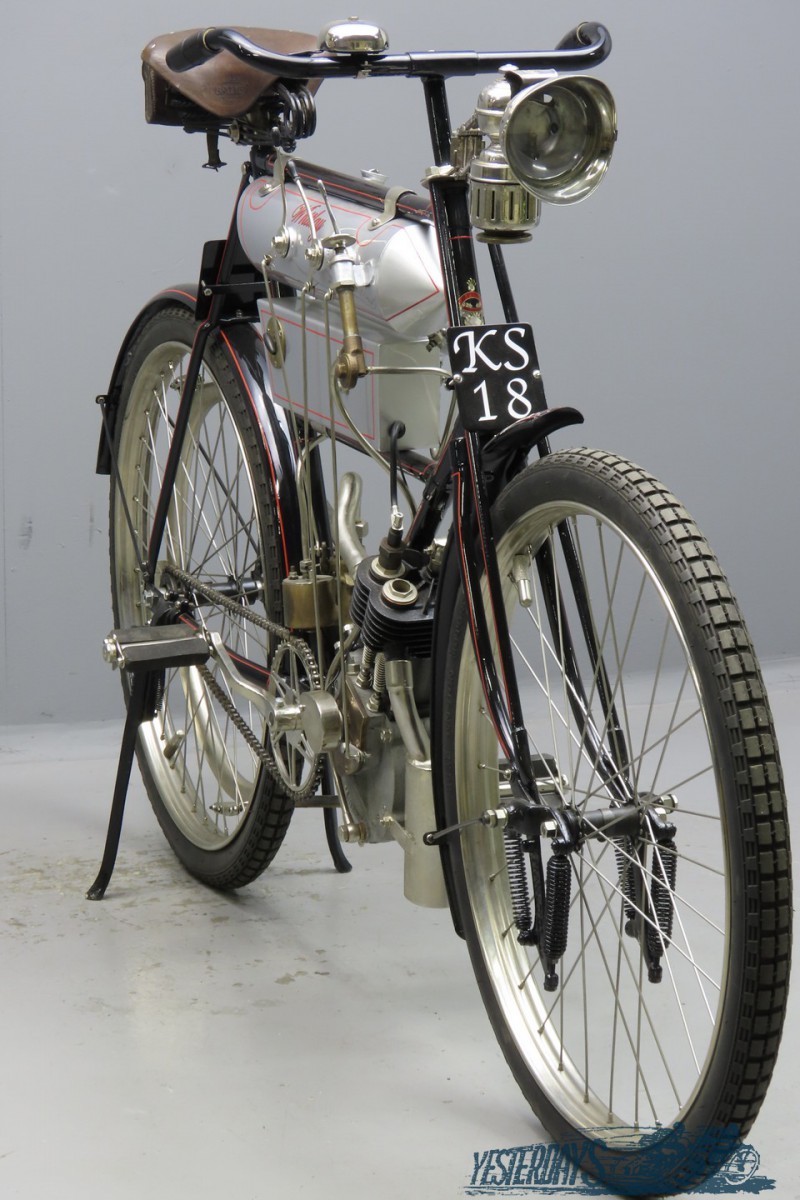 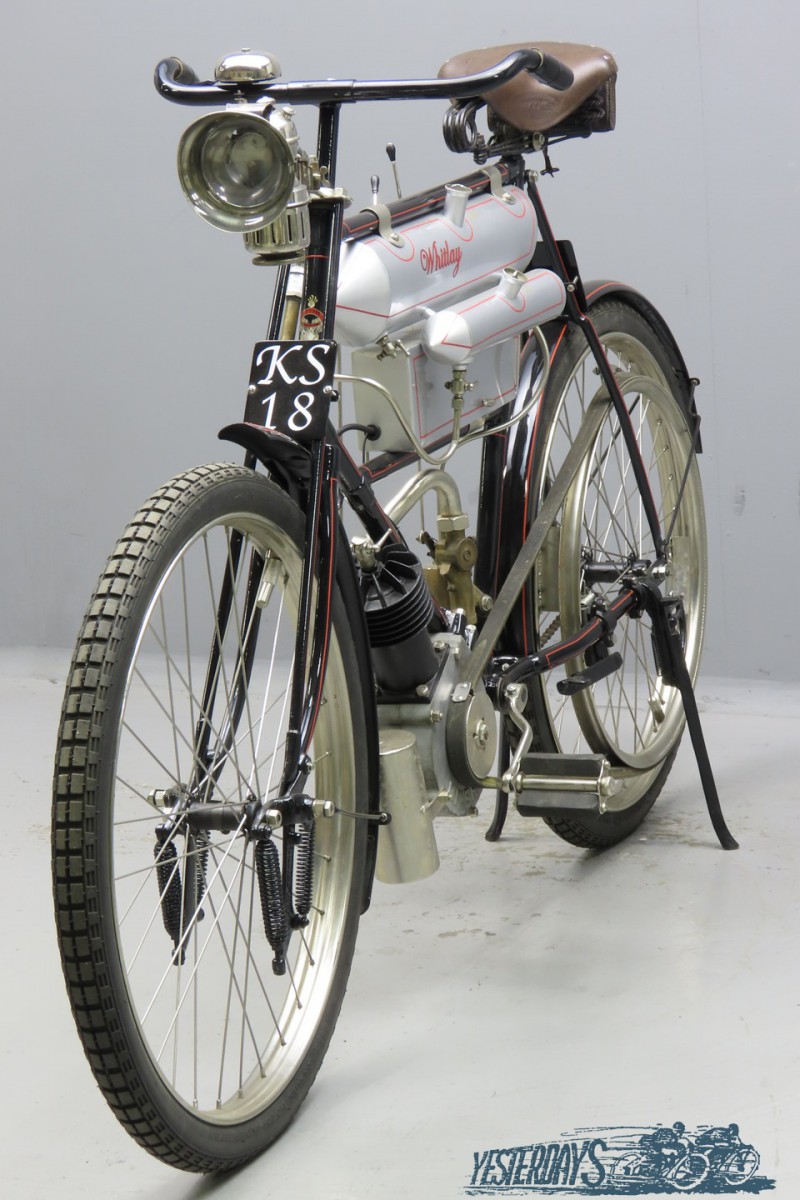 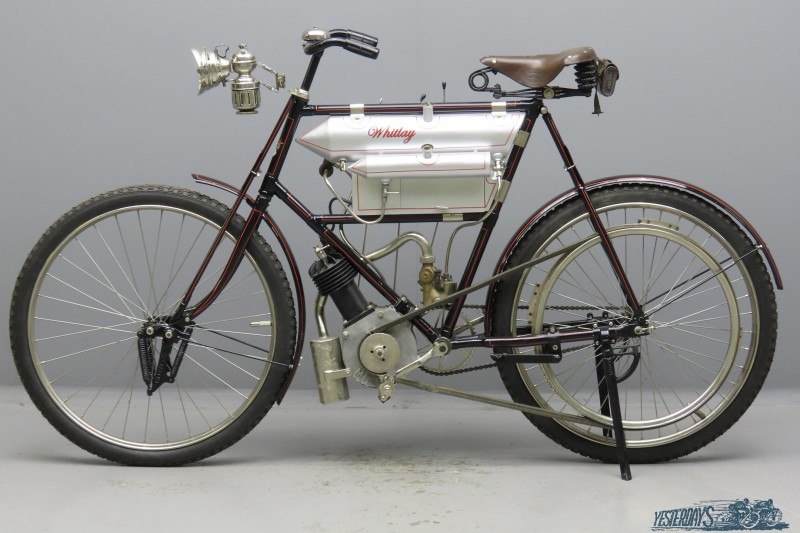 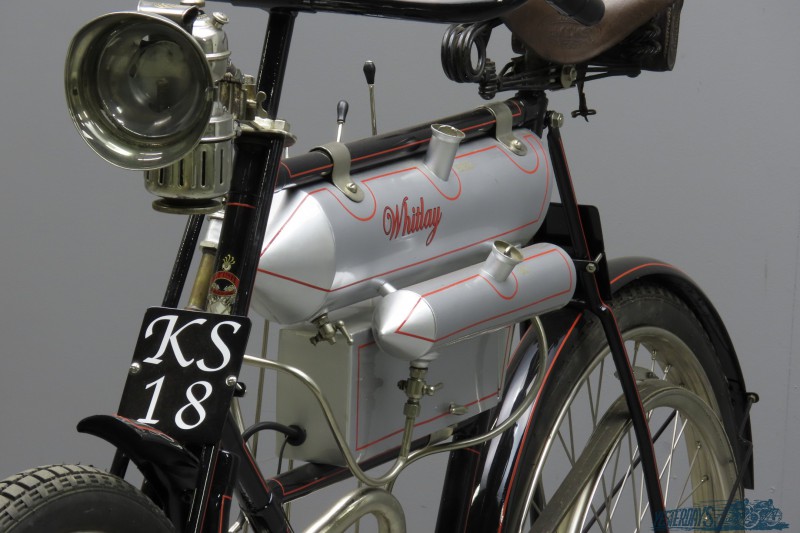 The origin of this make is a bit of a mystery; there once was a Whitley Motor Co. of Cow Lane, Coventry, that produced motorcycles from 1902 to 1905 but we found no connection with this make. It might be this Whitley has a connection with Scotland: the headstock transfer reads “: R. Fish, Maxwell Heugh Garage, Kelso”.
Even the spelling of the name is uncertain: the registration document mentions “Whitley”, but the name on the petrol tank has been mistakenly spelled with an “a “.
The early registration KS 18 refers to Roxburgshire, a historic county in the Southern Uplands of Scotland.
The engine is an early side valve Minerva.
At the end of 1902, Minerva presented in London the new program for 1903.
A new engine of 239 cc ( bore x stroke 66 x 70 mm) produced 2 HP thanks to the two mechanically operated valves.
Minerva was one of the first manufacturers to build engines with both valves mechanically operated. Due to the better filling of the gasses and the resulting lower engine temperatures, the cooling ribs at the base of the cylinder were deleted.
The frame is of high build as usual with early veterans and the machine has the luxury of front wheel suspension by an “XL ALL PATENT” device.
The Whitley has separate, torpedo shaped petrol and oil tanks and is fitted with the then common battery and coil ignition. Sha has a comfortable Brooks saddle that is fitted with a leather tool pouch. The whole machine is of sturdy construction and has been finished with attention to detail.