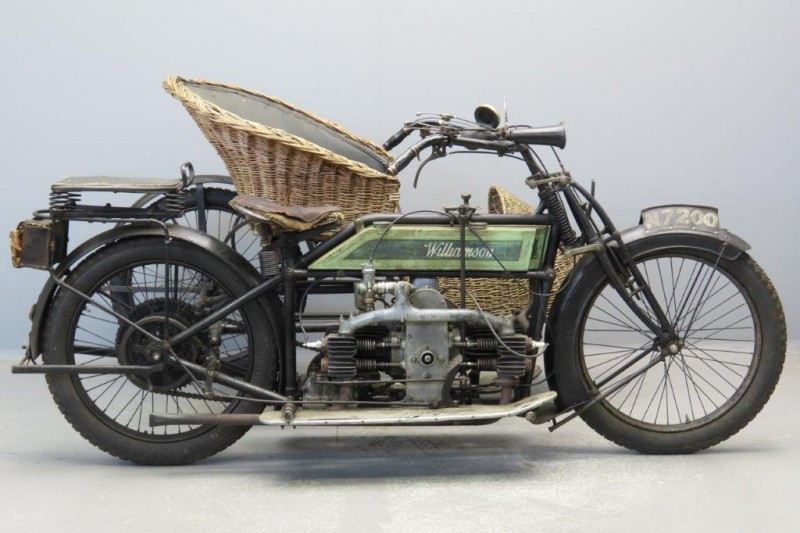 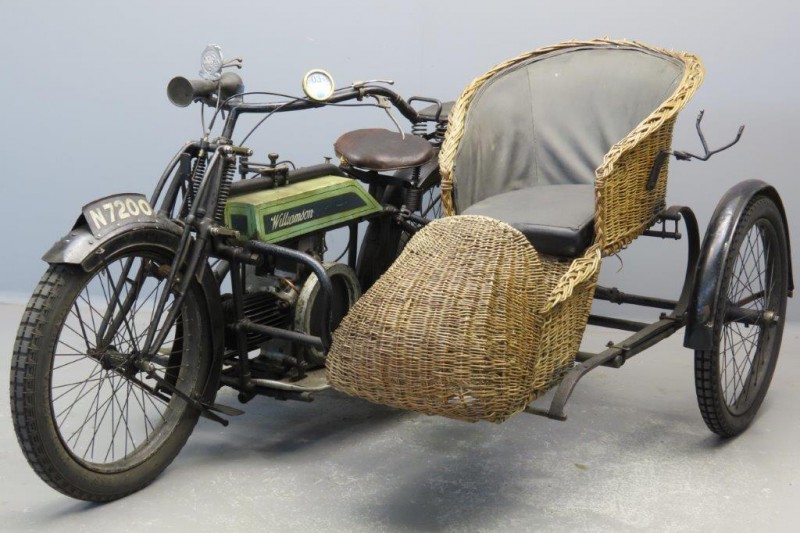 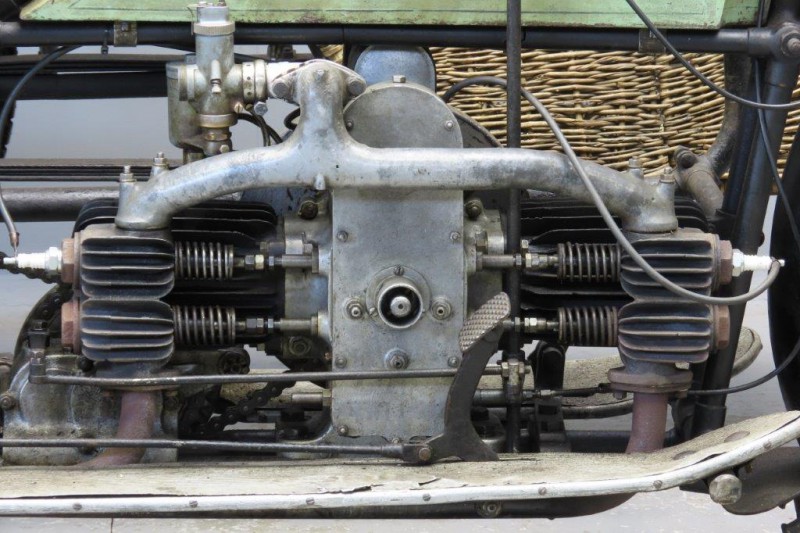 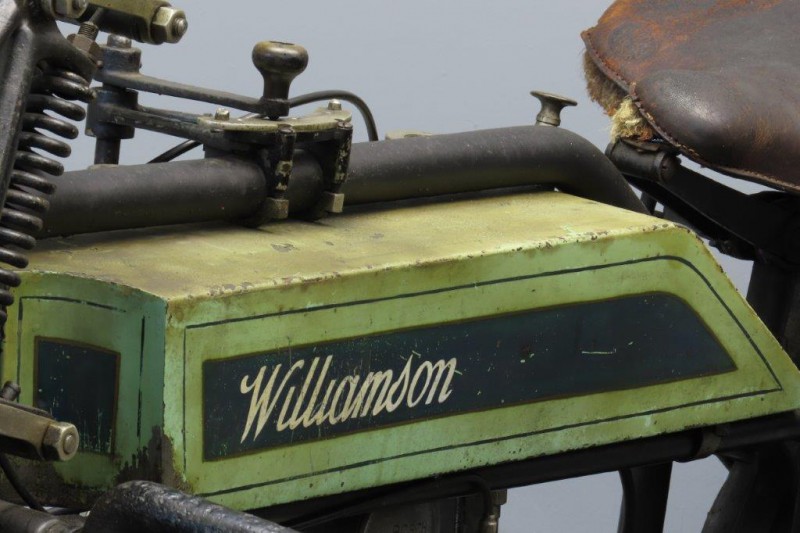 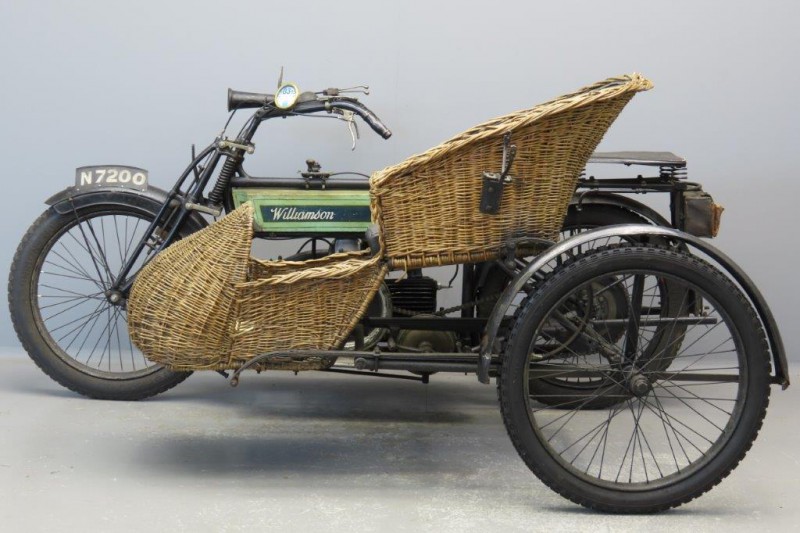 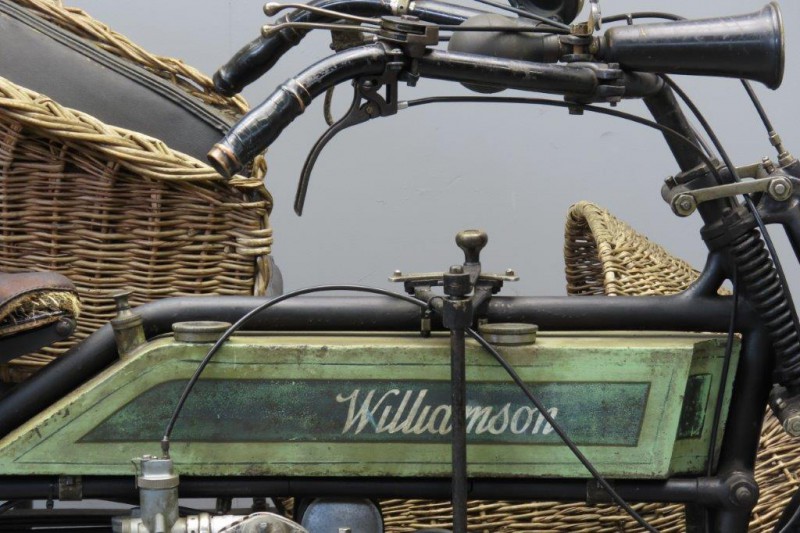 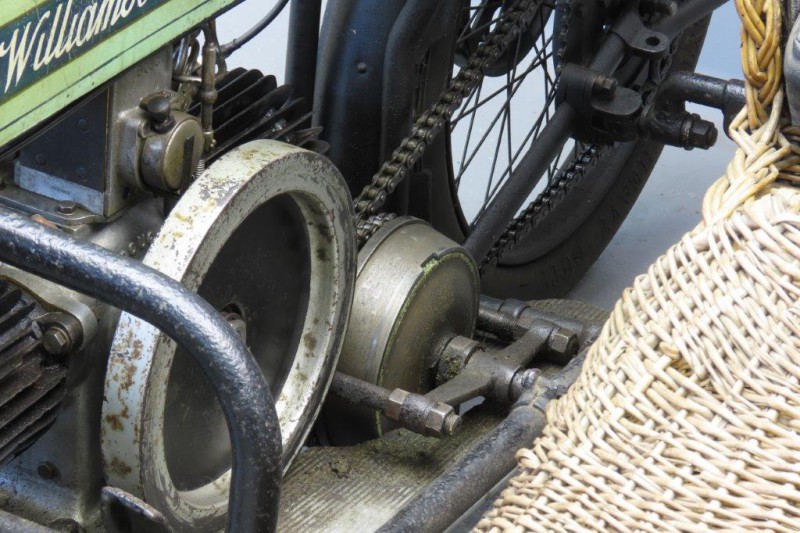 William (“Billy”) Williamson and his brother Harold had been employed by the Rex factory from the early years of the company’s existence.
Rex was the biggest and most successful motorcycle factory in the early years of the 20th century.
Billy rose to the post of managing director, Harold was sales manager. In 1911 they left the company after a dispute with the Pilkington brothers who founded Rex in 1902.
Harold went to the Singer car works to become sales manager, Billy set up shop as a motorcycle manufacturer; he founded the Williamson Motor Company Ltd that operated from premises in Moore Street, Earlsdon, only yards away from the Rex works.
Billy designed a sturdy sidecar machine that was powered by a 964 cc Douglas engine.
The Bristol firm had developed such an engine.
As to its use there are different theories: one says it was for stationary purposes: the power plants were delivered to the Marconi Wireless Telegraph Company for use in coastal radio telegraphic stations.
This stationary-engine connection makes sense because of the massive construction of the Williamson power unit and the fact that is has a hand starting crank system that is often seen on such engines.
The other theory however is that the engine was developed for use in the Douglas cyclecar that was launched in 1913.
There was a family connection between Douglas and Williamson and William Douglas might have been one of the financers of the new company which might explain his willingness to supply the engines.
The 8HP water cooled engine had bore x stroke dimensions of 85 x 85mm and later became available as an air cooled unit.
The machine had a two-speed gearbox that was also of Douglas manufacture.
Shortly before the war brought the production to a standstill a three-speed gearbox became available as an option.
After the war the 8 HP engine wasn’t available anymore and Williamson fitted a Jap V-twin but that was no success and production ended in 1920.
This rare survivor of a little known appears to have been part of a private collection since 1956.
Then, as now, it was in that delightfully original condition that no restorer can replicate.
Noteworthy features include a Brooks B4C pillion seat and a bulb horn.