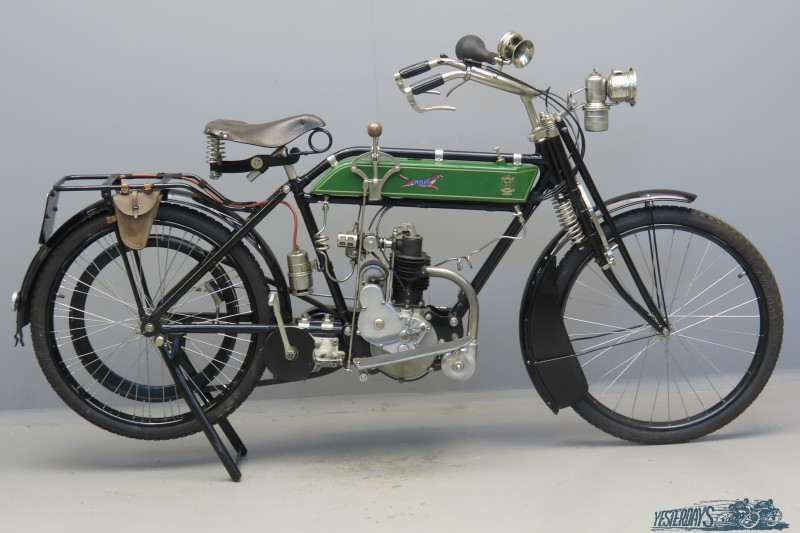 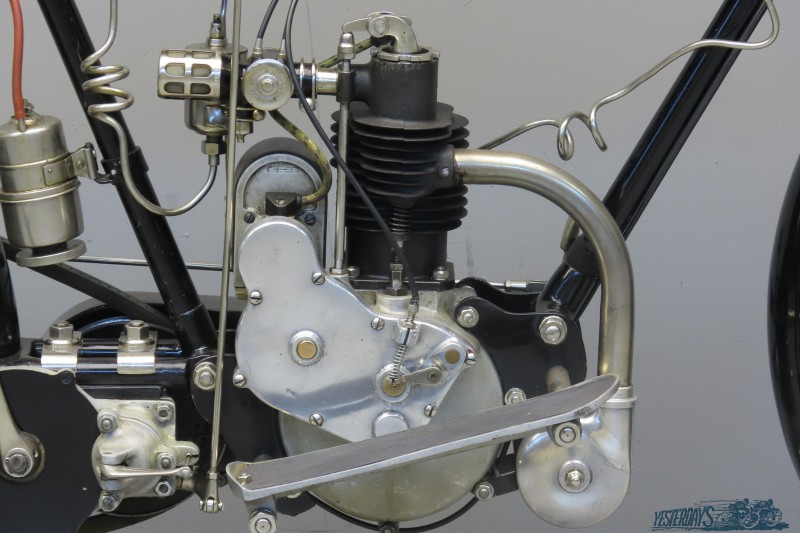 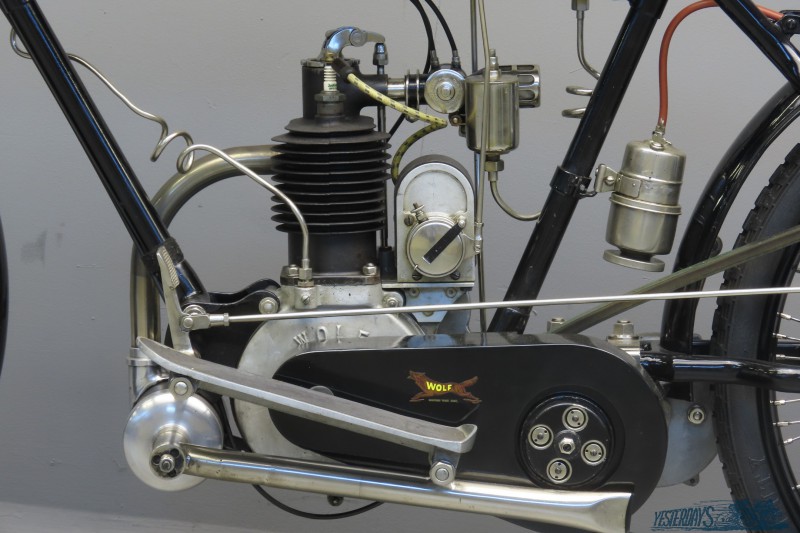 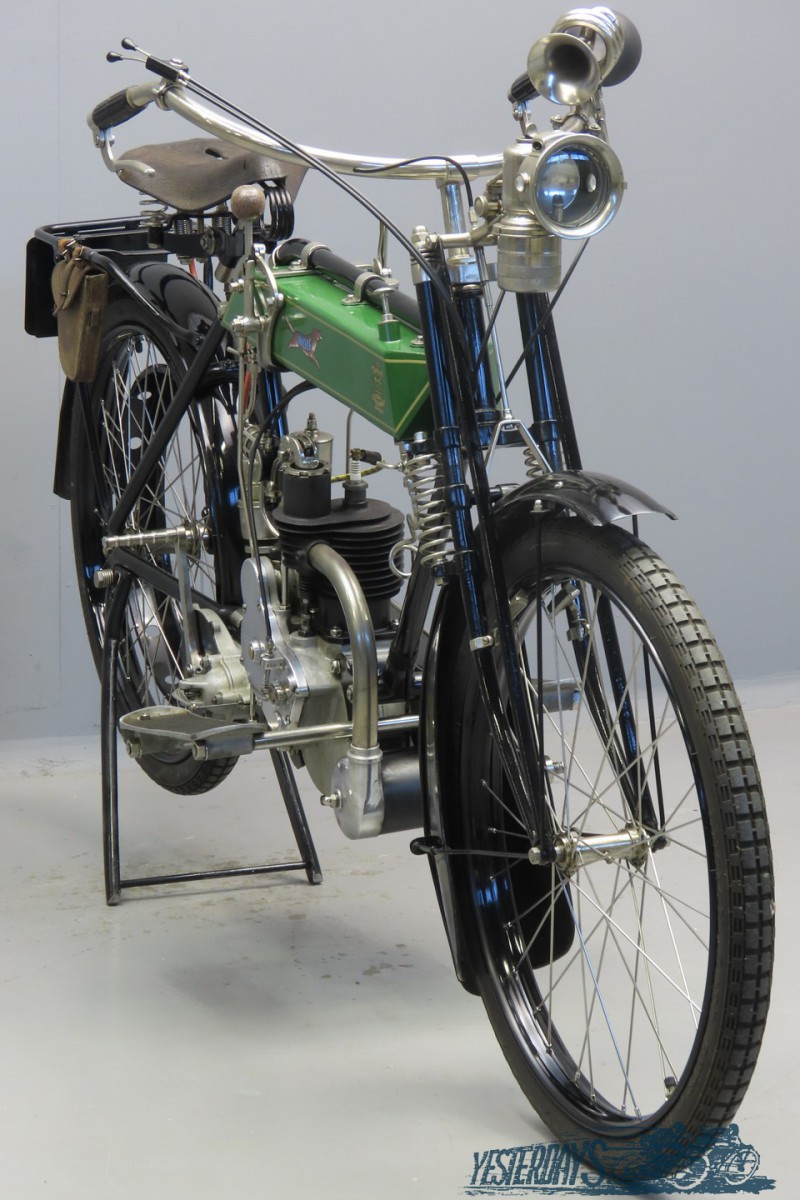 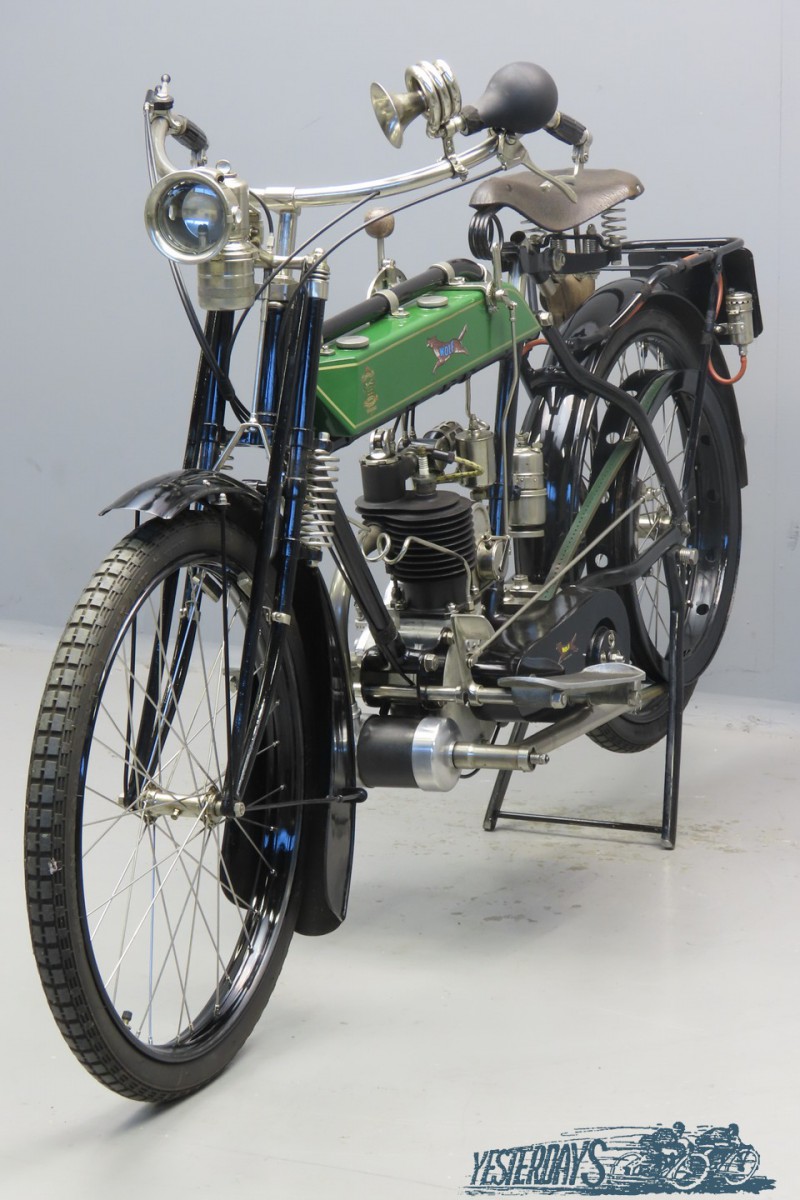 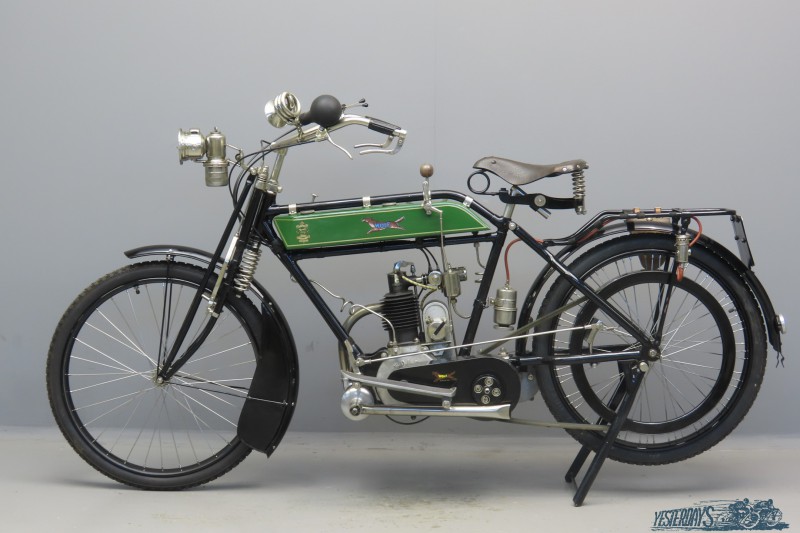 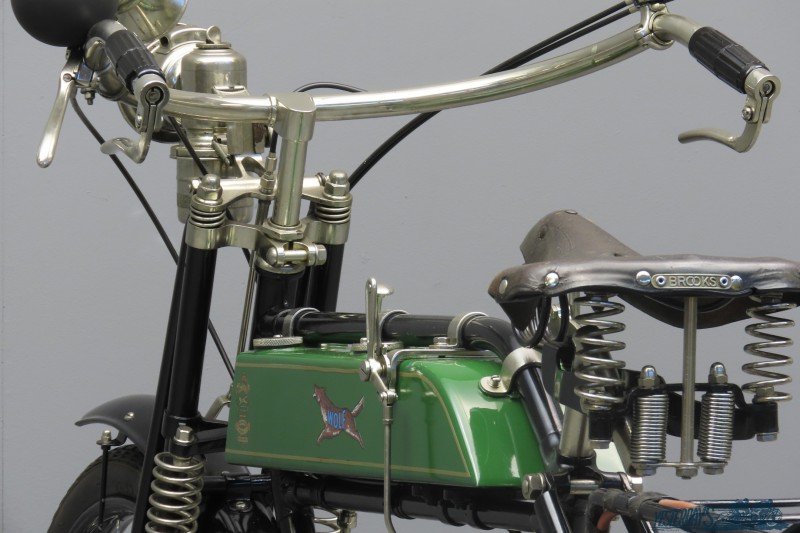 One of countless marques originating in Wolverhampton, Wolf was closely linked with Wulfruna, Wearwell and Stevens.
In 1910, the successful collaboration between Wearwell and Stevens was abruptly terminated by the former’s collapse after an accountancy fraud was revealed.
It was discovered that a Mr. King, the Secretary of the parent company, the Wearwell Motor Carriage Co., had been using the company’s money to gamble at pool in a local public house. A large sum of money had disappeared, which led to the company going into liquidation.
Mr. King tried to commit suicide, but William Clarke, the Managing Director of the WMC Co., did not bring any criminal charges against him, because he discovered that one of his brothers was also involved.Nevertheless, William Clarke was determined to resume production and purchased another manufacturer, Wulfruna Cycles, in 1911.
New premises were acquired in Brickkiln Street and Wolf motorcycles were reintroduced alongside ‘Wulfruna’-badged models.
The company concentrated on its ‘Wolf’ brand name from the early 1920s onwards and continued in production until 1939.
Towards the end of 1913 the company brought out a new lightweight machine that was fitted with a compact inlet-over-exhaust engine, made by G. H. Illston and Son of Birmingham.
The engine had bore x stroke dimensions of 76 x 65 mm and was sometimes referred to in adverts as “big bore”.
The basic type had direct belt drive but soon other versions became available with hub gears and two-speed countershaft gearboxes of several different manufacturers.
An interesting feature of this lightweight is its front suspension: at first sight the forks look like conventional Druids, but upon closer inspection they work on the telescopic principle with coil springs inside the top part of the forks.
This Wolf was found in Sweden a number of years ago and subsequently restored.
The engine has been refurbished and the magneto has been rewound.
The two speed gearbox makes it a practical veteran machine; it has been ridden regularly in vintage and veteran motorcycle runs lately and has a current road registration.
It is fitted with a well-sprung Brooks saddle, Senspray carburettor, Bosch magneto and comfortable footboards.
Accessories include acetylene lighting system, leather tool pouch and bulb horn.