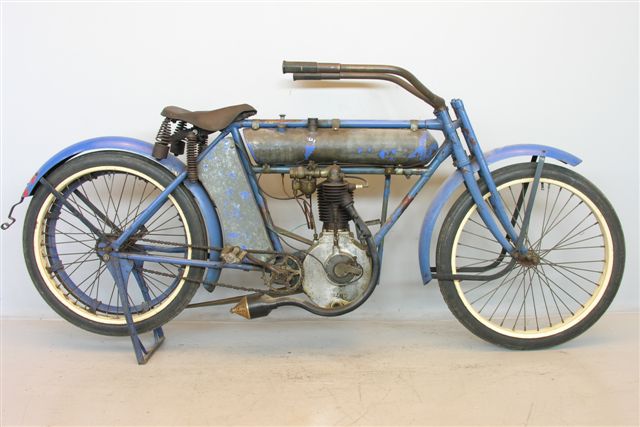 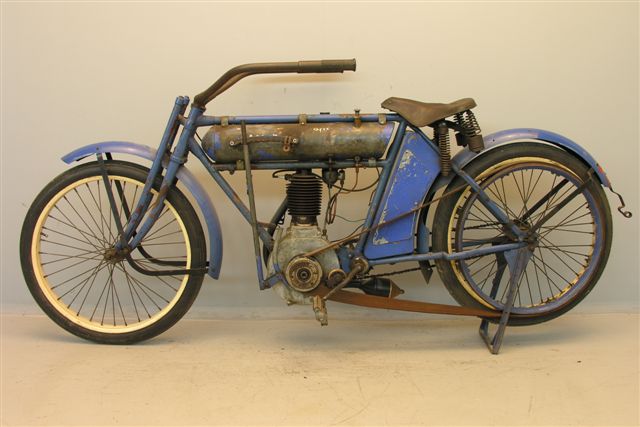 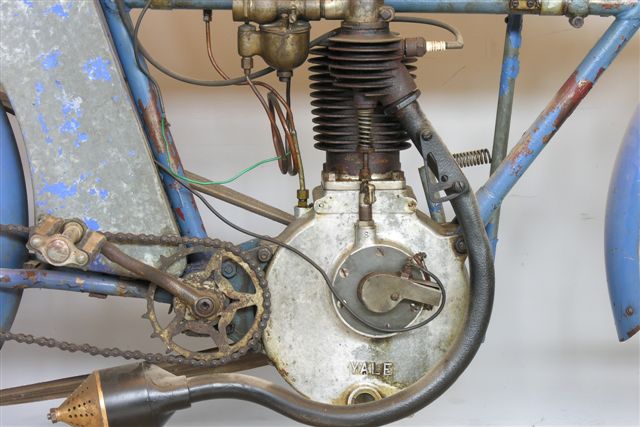 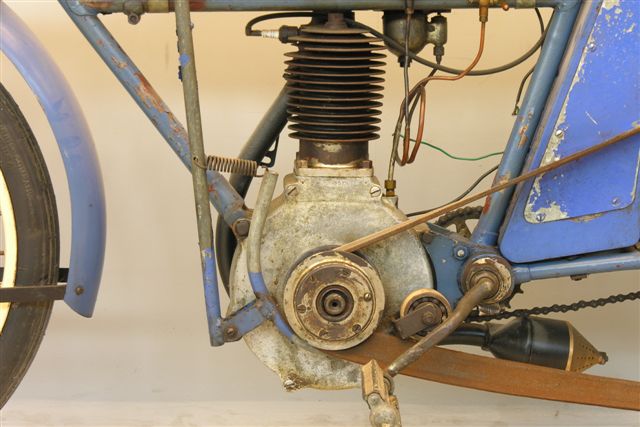 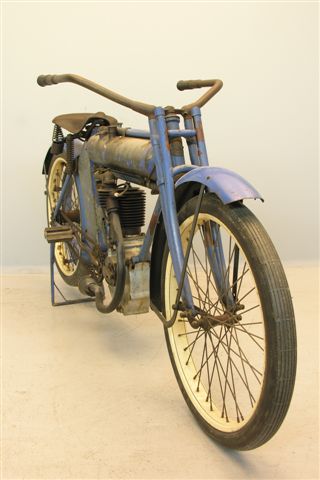 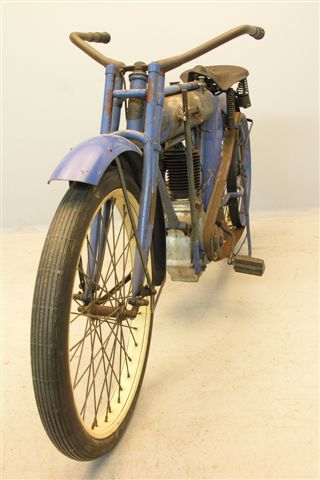 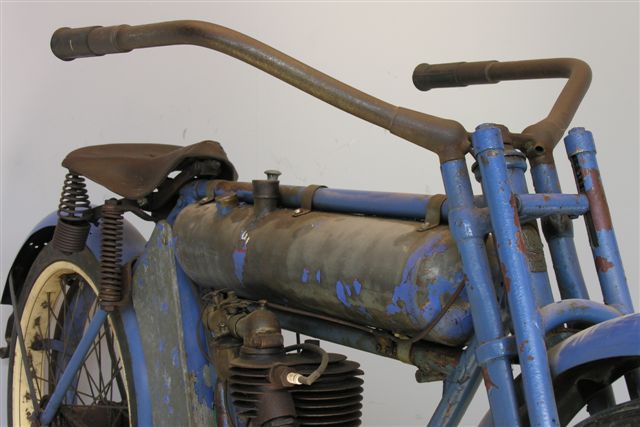 Yale was a major player in the first decade of American motorcycling.
The make was marketed by the Consolidated Manufacturing Company of Toledo, Ohio.
Originally the company made bicycles under the brand names of “ Snell” an “ Yale”.
To make a flying start in motorcycle production the California Motorcycle Company was bought in 1903 and for its first  five years the motorcycle was sold as the Yale- California.
In 1909 the big single grew to 473 cc displacement  with a weight of 165 lb. and a top speed of 45 miles per hour.
The machine could be had with battery-coil ignition or magneto ignition.
There was a direct drive from crankshaft to rear wheel for which a flat leather belt was employed.
Motorcycle production ended in 1915, when the market for war materials looked more promising than that for motorcycles.
( Thanks to Tod Rafferty for this information in “ The illustrated directory of Classis American Motorcycles) T
his rare 1912 survivor is equipped with coil ignition and Schebler carburetor and  needs to be restored.