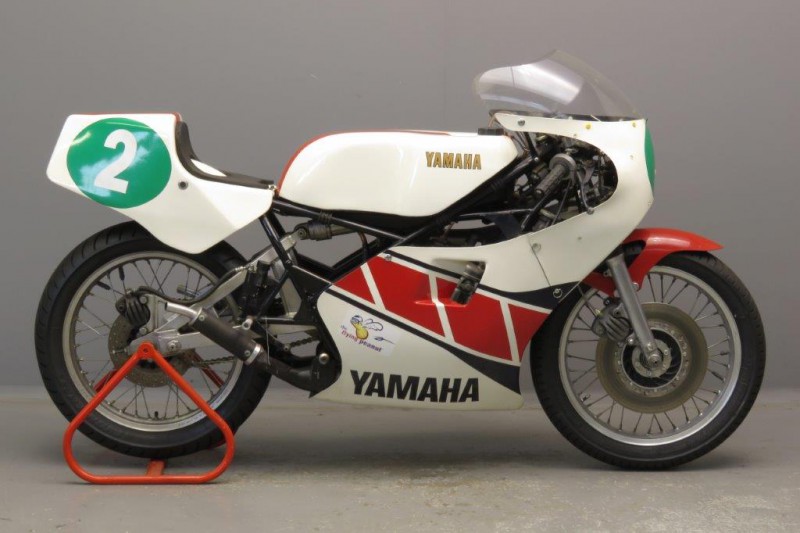 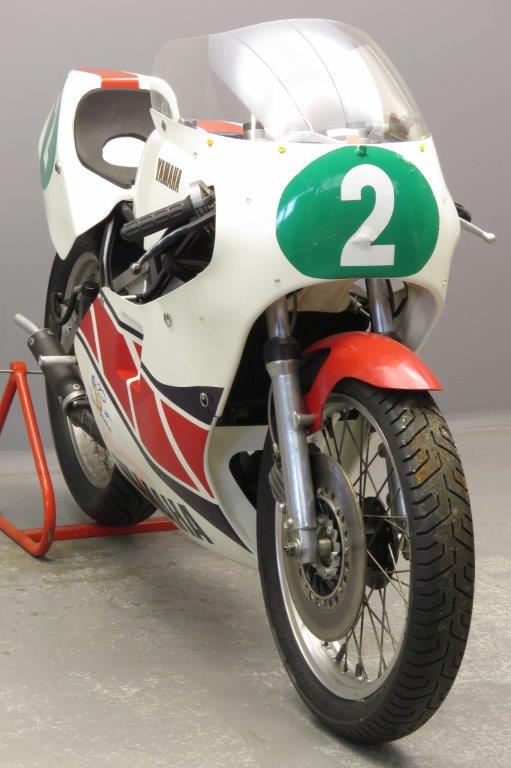 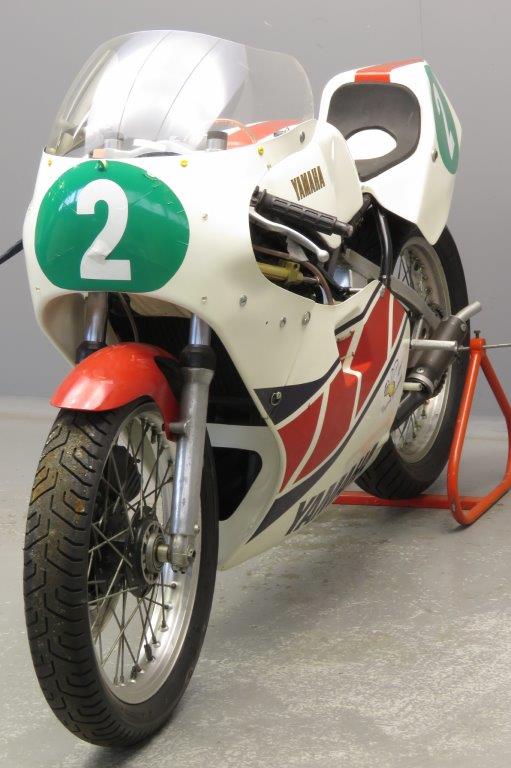 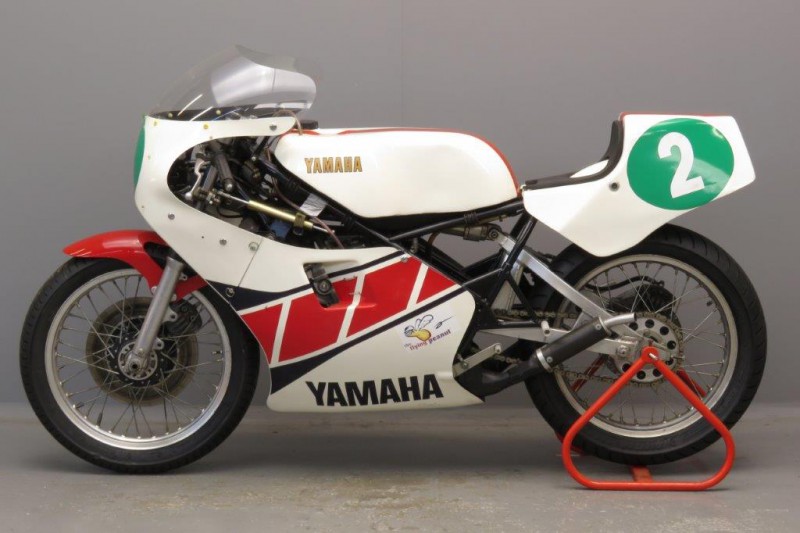 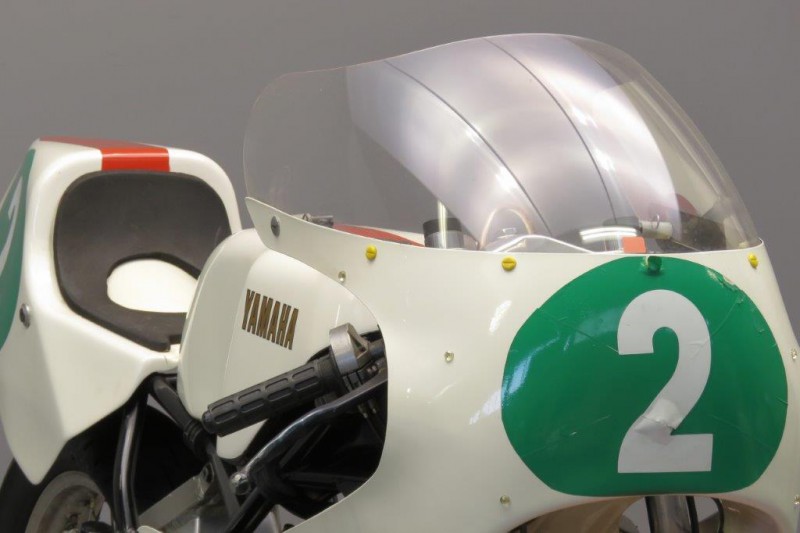 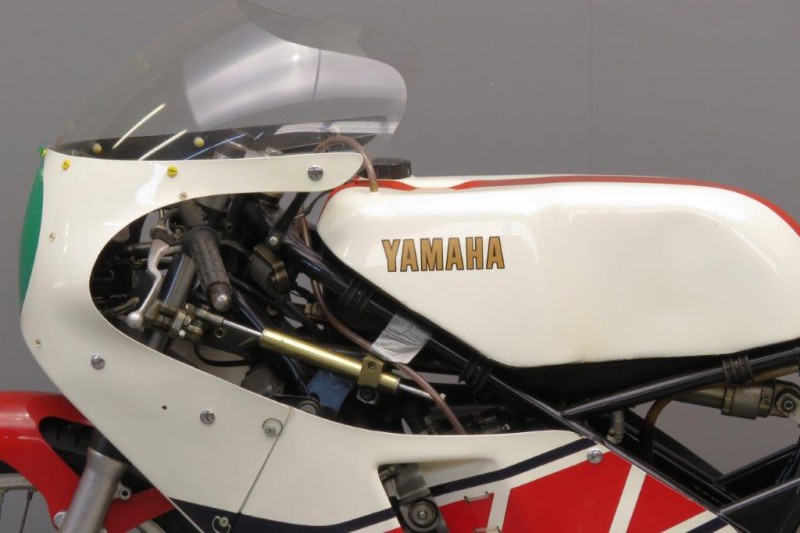 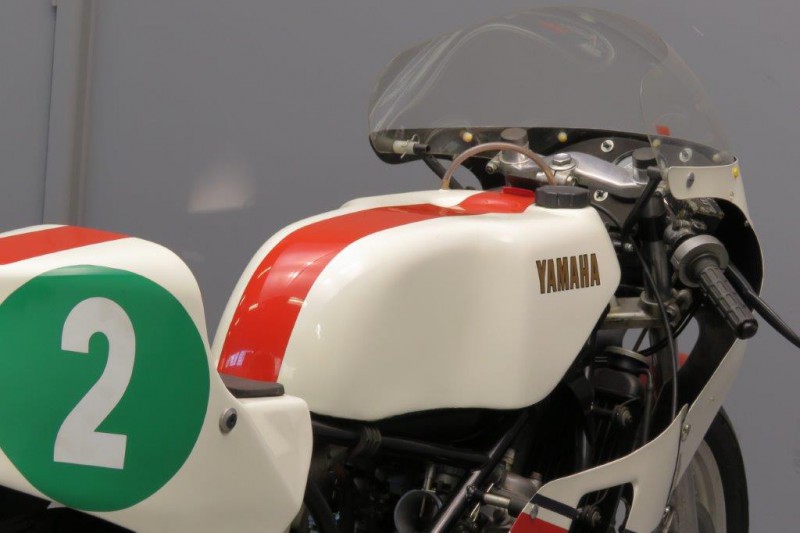 In 1981 Yamaha was ready to introduce an all new TZ250.
Known as the TZ250H, this design incorporated the powervalves found on the 500, providing more of a sensible balance between power and reliability.
The new engine ran backwards from the previous design, helping even further in reliability.
The single casting crankcase was replaced with left and right case halves and power was then tapped from the center of the engine.
This design yielded a lower piston speed resulting in less bottom end problems.
The powervalves employed a mechanical-governor design which kept them closed up to 8,750 rpm, opening fully by 11,000 rpm.
This allowed a free flow of all exhaust gases.
Carburetion was updated with new Mikuni ZC units. The new TZ frame was 6.5 pounds lighter, with the engine positioned slightly forward of previous designs.
A new rear shock and reduced rake angle added to the TZ’s improved ride. Wire wheels were offered for the first time since the mid 1970’s.
This new TZ was expensive but well worth it for GP Racers.
By the end of the 1981 season, the new machine proved to be very comparable the championship winning KR250 Kawasaki. Quite a leap compared to what had been.

This TZ has been raced in The Netherlands and  has been part of a static  collection for many years. She will need a full checkup before being recommissioned.