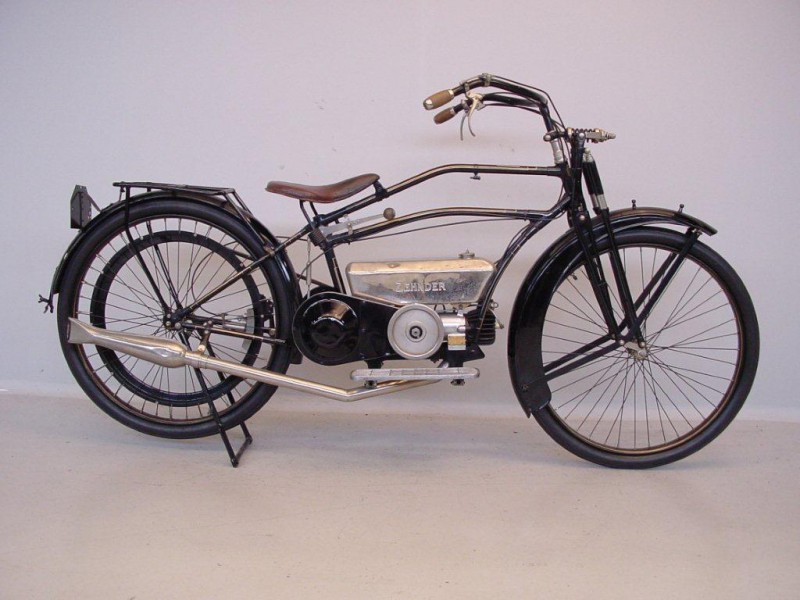 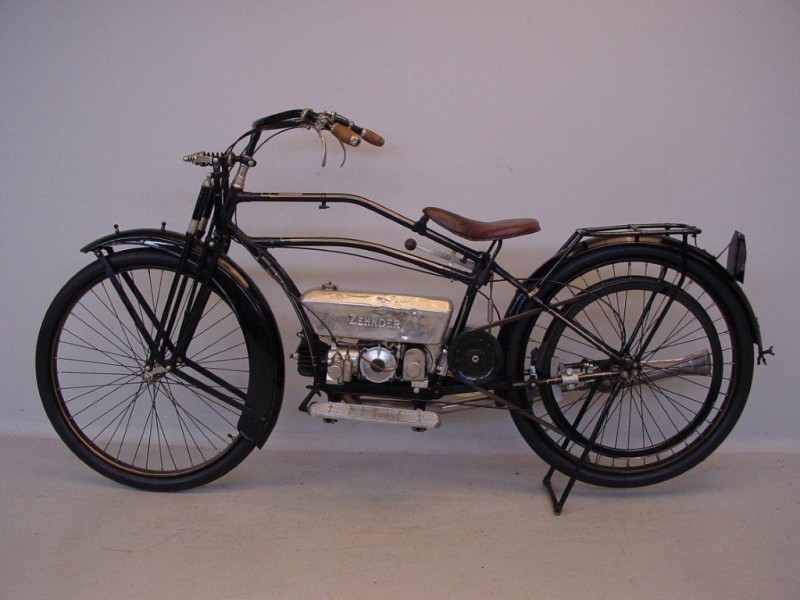 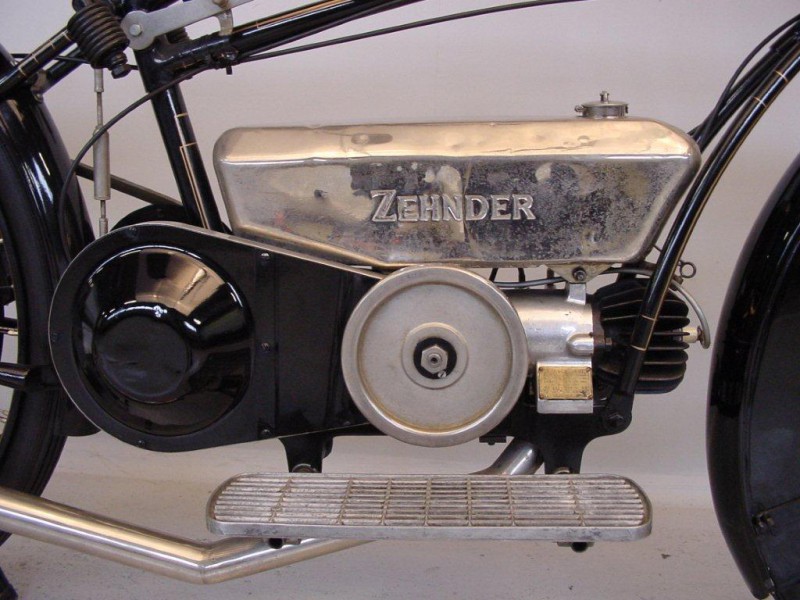 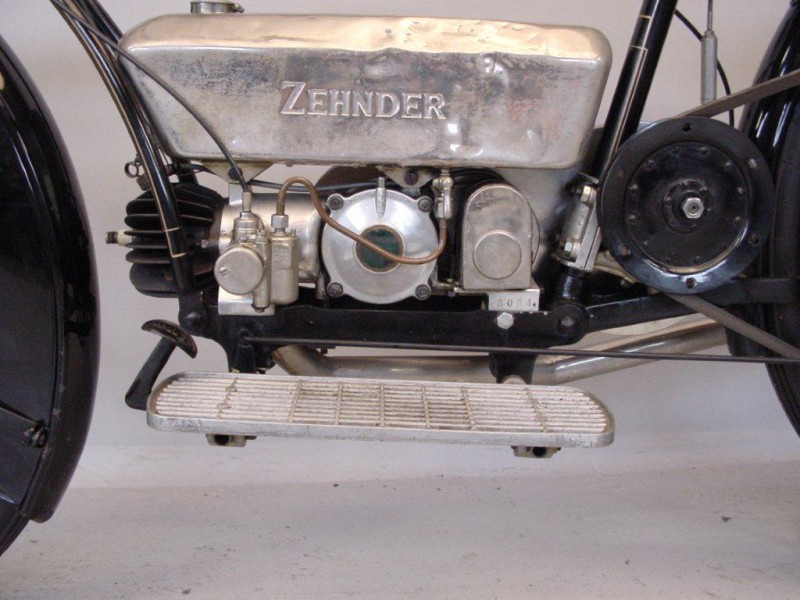 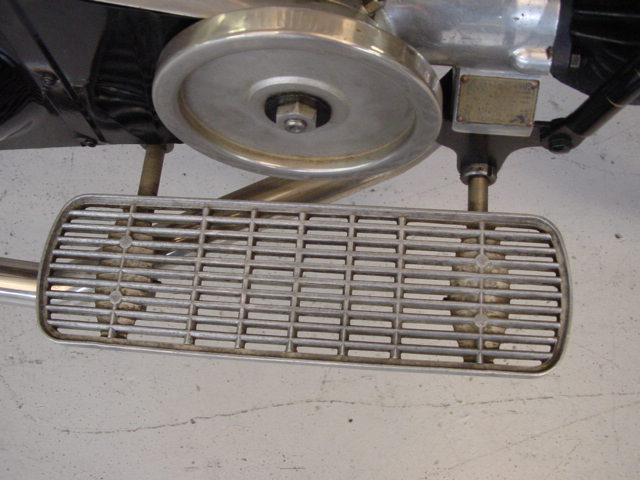 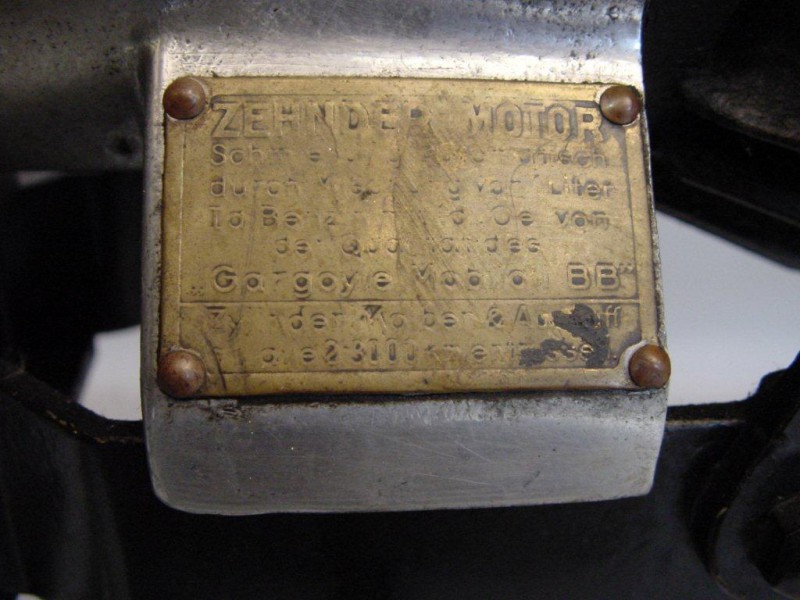 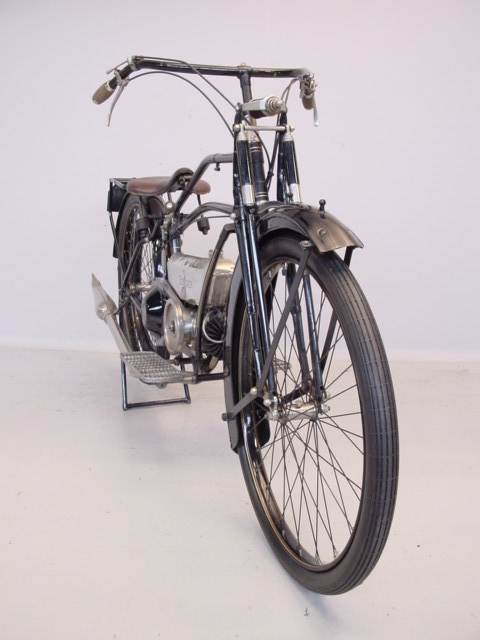 The Swiss Zehnder Company has been active since 1895 till the present day.
The firm began as a small engineering company, was successful in motorcycle production mainly in the twenties and early thirties, and now it is a well known radiator production company.
The most popular model was the so called Zehnderli ( “ little Zehnder “) which was equipped with a 110 or 148 two stroke engine.
This is a German Cockerell auxiliary engine that was made under licence.
A striking feature of the little Zehnder is the place of the petrol tank: not as one would expect between the frame tubes, but on top of the engine, under the frame tubes.
The empty space between the tubes can be used for a leather tool box.
The compact two stroke engine has a Bosch magneto.
It has a two speed gearbox and both primary and secondary transmission is by belt.
The compact machine weighs 50 kilograms and the low position of the petrol tank gives a very low centre of gravity and good road holding.
Initially this model was used as a touring mount; its reputation was made in 1925 when in the great Swiss reliability trial that involved very strenuous mountain courses all seven started Zehnderlis won gold medals.
Soon sporting models were developed and Zehnders were often winners in the 125 class.
In 1930 motorcycle production ended and the firm focused upon radiator production.
Involvement with motorcycles stayed because the firm started to import the German Standard machines.
All late as 1937 the firm offered the light two strokes, but all these machines were actually produced before 1931.
This machine is a well restored example of Swiss motorcycle heritage.