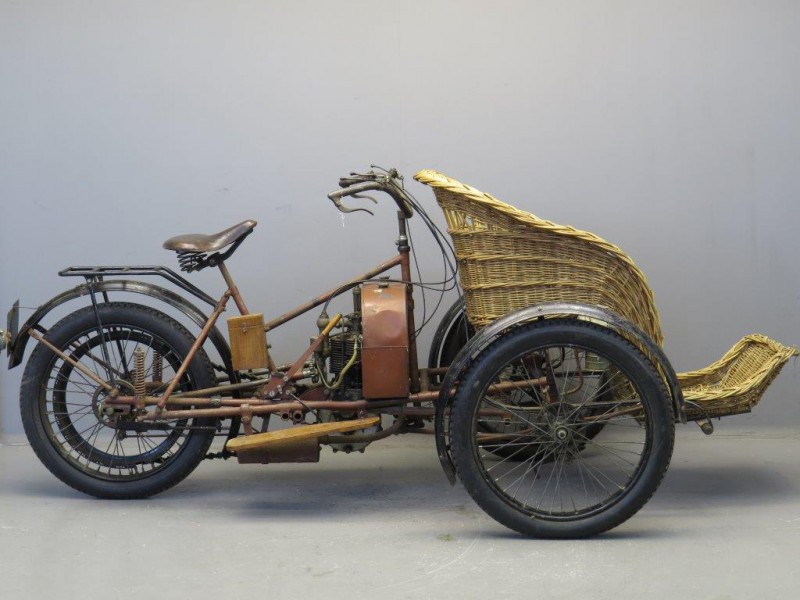 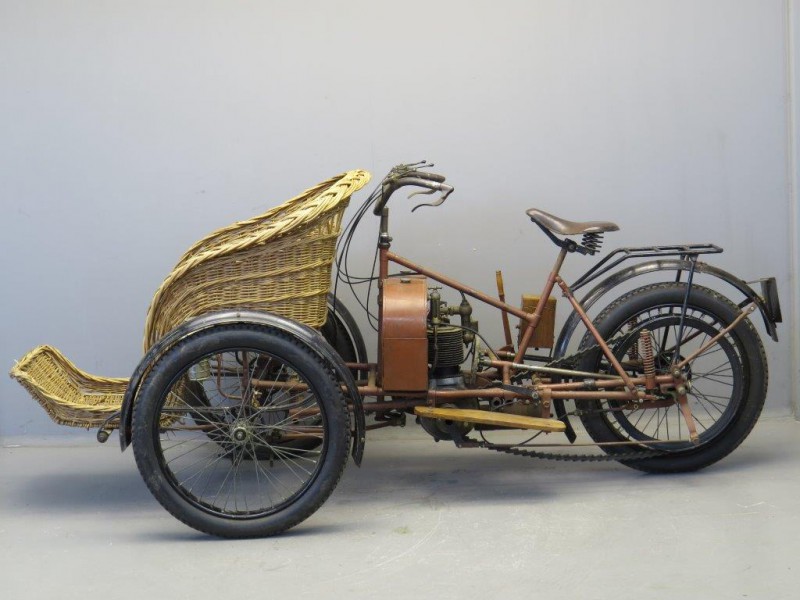 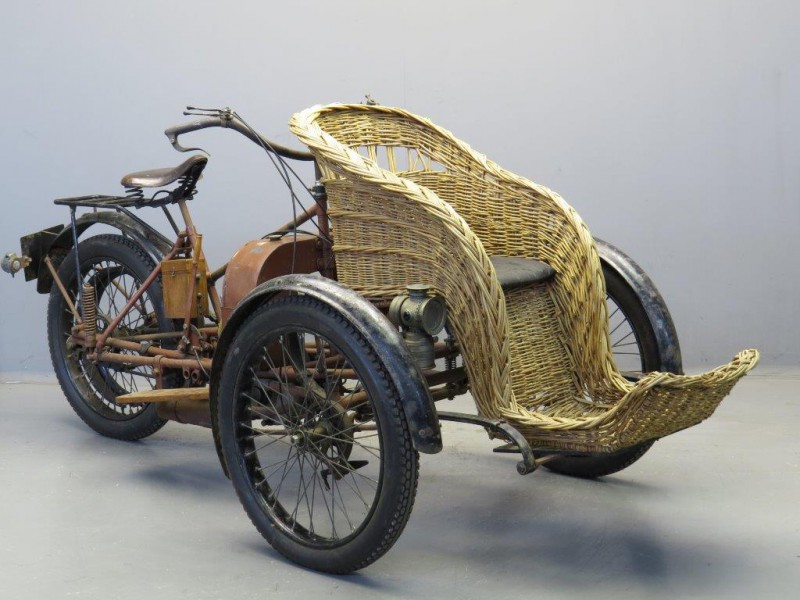 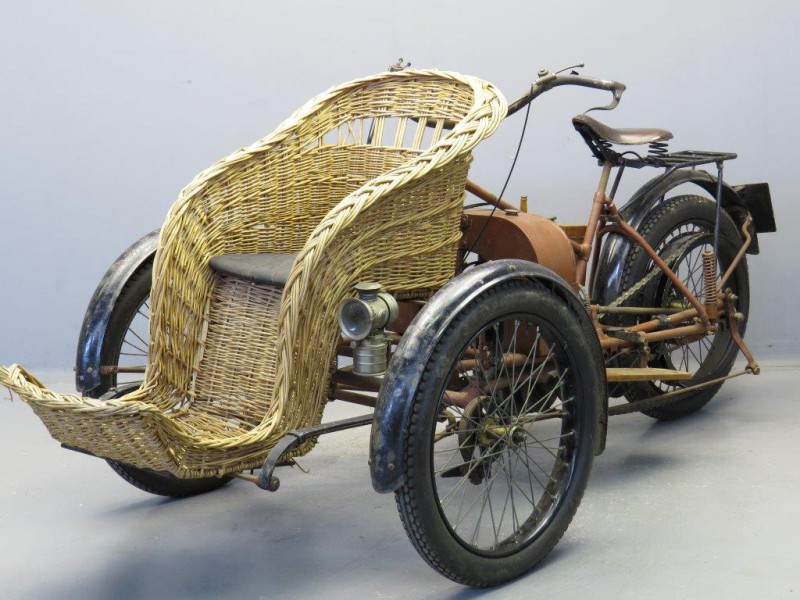 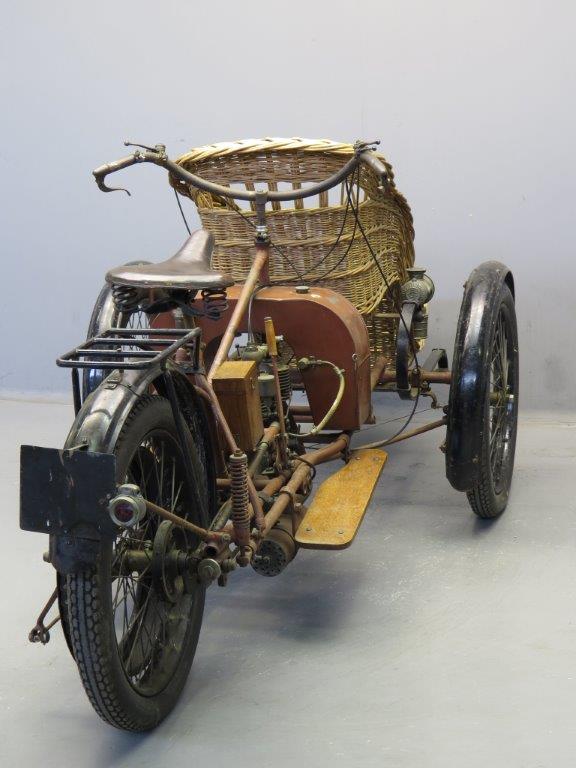 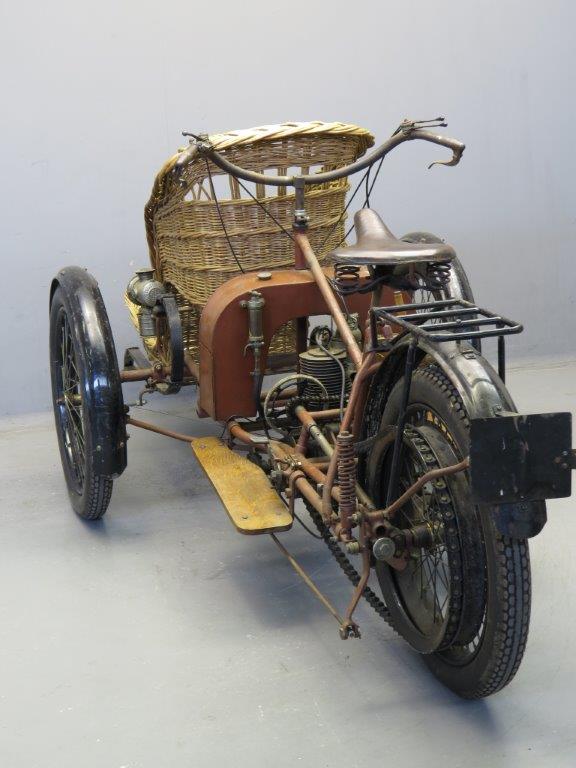 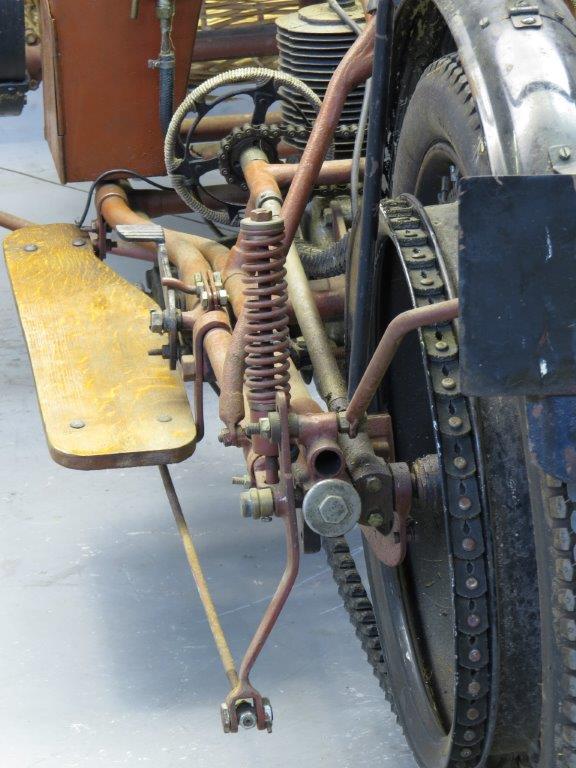 'Zenette' was one of the brand names used by the London-based Zenith Motor Engineering Company, which had commenced motorcycle production in 1905 with the Zenith Bicar. Zenith was soon offering a three-wheeled forecar – the 'Tricar' – which, according to its maker, was 'constructed on the "Zenith Bicar" double-frame spring suspension principle,' the latter introduced for 1907.
That same year engineer Frederick Barnes joined the company (he would later invent the famous 'Gradua' gear) and one of his first contributions was the more conventional Zenette, another design available with either two or three wheels.
Engines used by Zenith at this time were the single-cylinder Fafnir and twin-cylinder JAP and Sarolea.

This machine has the aforementioned sprung frame, Fafnir engine and Gradua gear, the latter first made available for 1908.
This  unusual machine has had much work done according to the restorer's hand-written details  which are included in the document file.
The engine has been rebuilt; new wheel rims, tyres and tubes  have been fitted  and the suspension  has been reconditioned, as was the Gradua gear, steering and brakes. While much had been done, it was still a 'work in progress' when she changed ownership 20 years ago and required finishing.
However, no further work was carried out and the machine remains in similar condition to the last time it changed hands, having been dry-stored since.
Recent research shows that virtually every mechanical part has been restored and that further cosmetic attention will bring her back to former lustre.
It is stated that the Zenette once  was  part of the well known Lips Collection in The Netherlands.