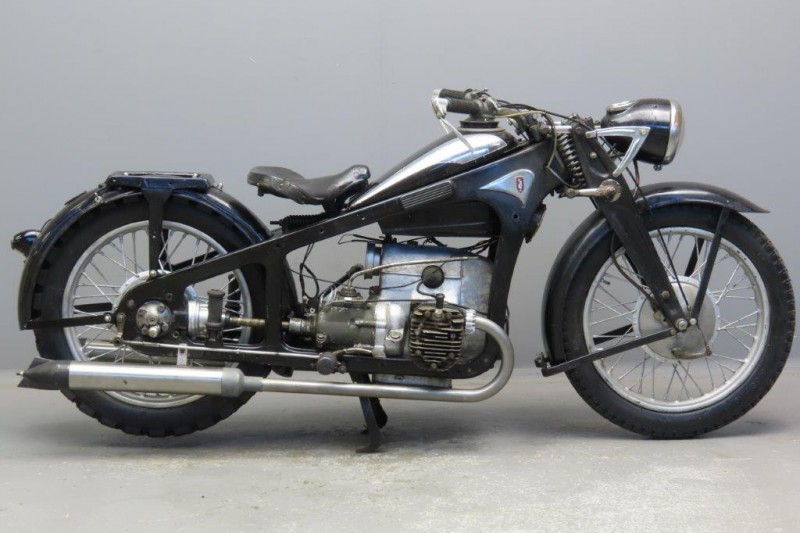 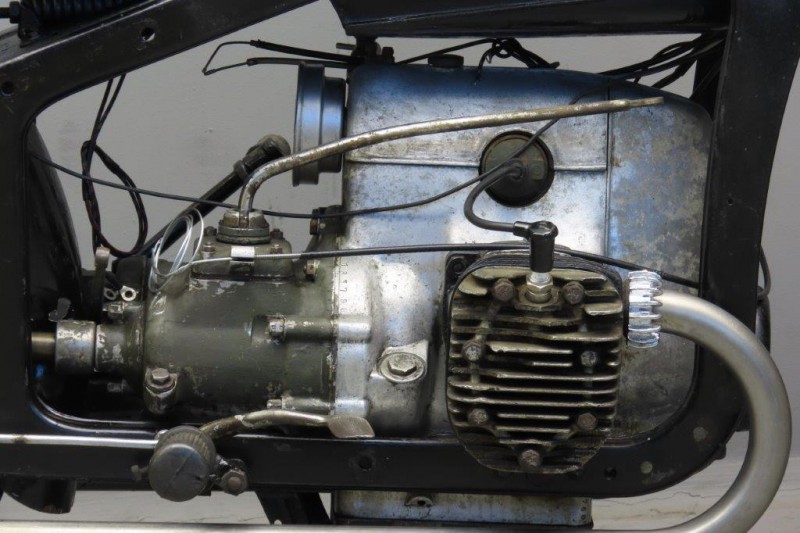 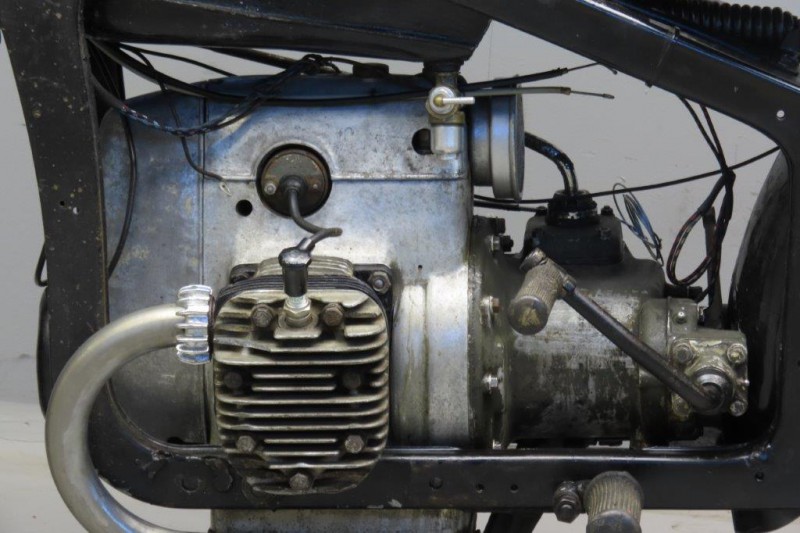 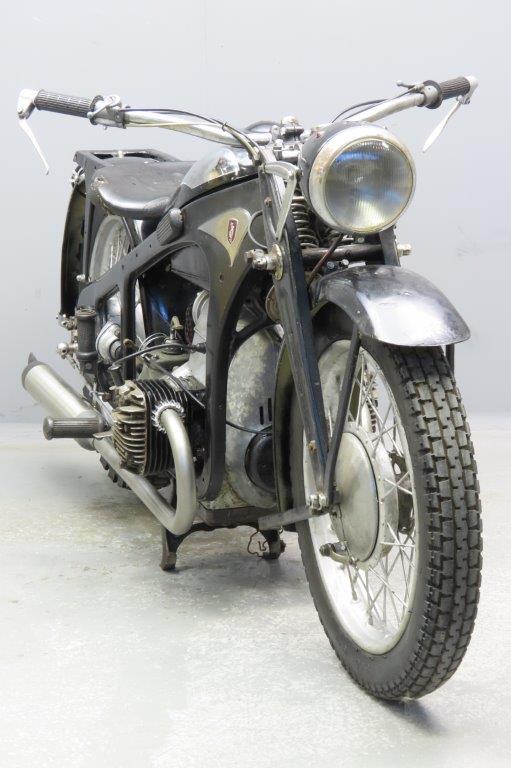 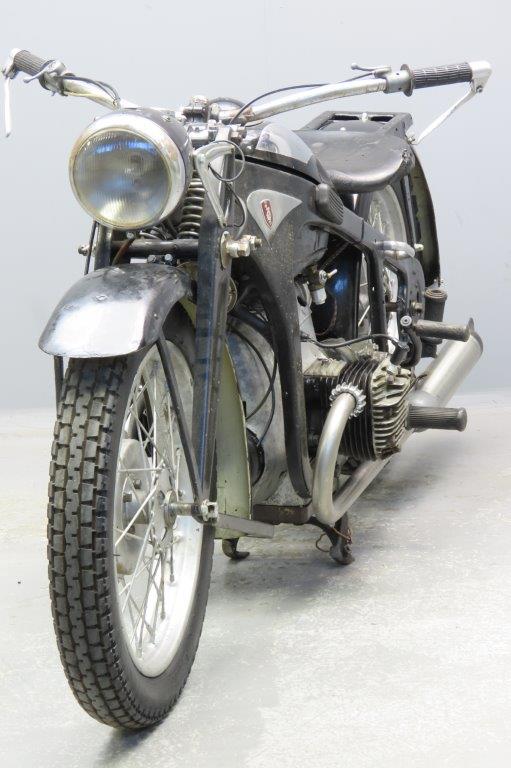 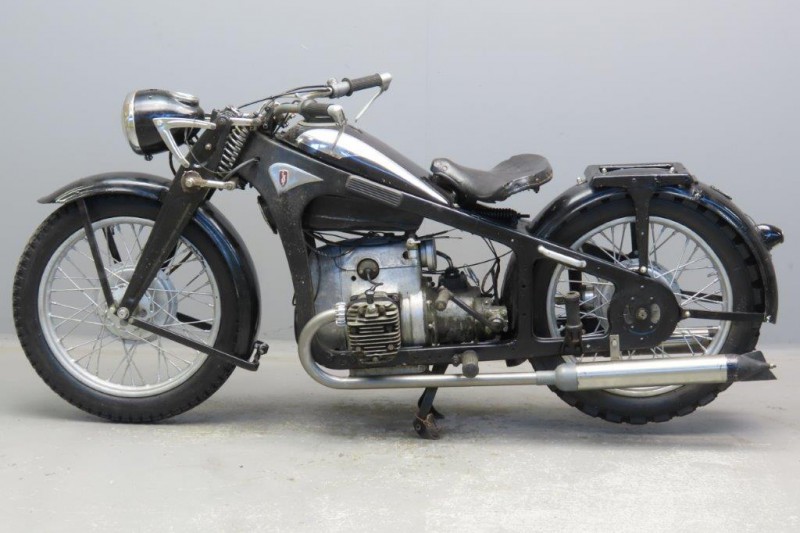 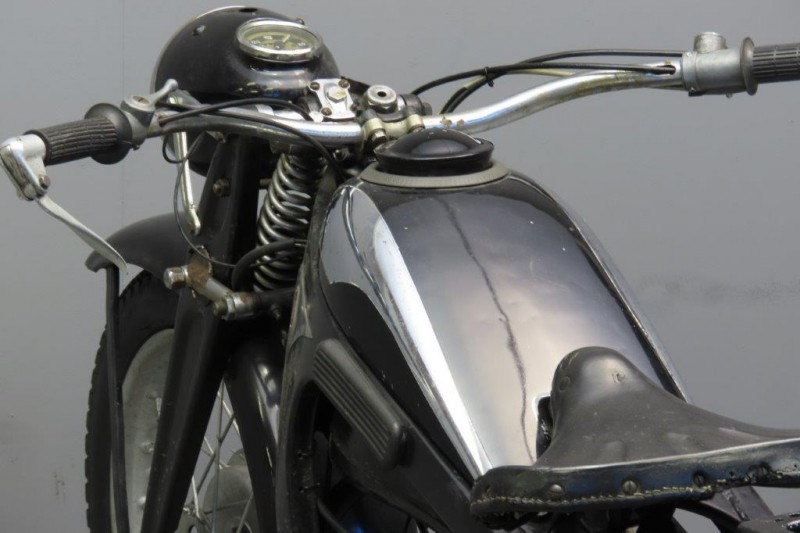 The Zündapp story began in 1917 when the Nuremberg firm was founded by Dr. Fritz Neumeyer and Friedrich Krupp as a producer of detonators (Zünder- und Apparatebau is German for Igniter and Apparatus).
After World War 1 the demand for war equipment declined and Neumeyer became the sole proprietor of the company. In 1921 he switched towards the construction of motorcycles.
The early models were 211 and 246 cc two strokes that quickly earned a reputation for economy and reliability. In 1930 the first four stroke model was brought out, powered by a British Rudge Python engine. In 1933 it was announced that 100,000 Zündapps had been produced.
At the 1933 Berlin show the new K series (K standing for Kardan or shaft drive) was introduced.
The range was designed by the famous Richard and Xaver Kuchen and consisted of two stroke and four stroke models which all had pressed steel frames and shaft drive.
The K models were side valves, the KS models had overhead valves.
From this new range especially the K 500 transverse twin and K 800 transverse four were very successful: more than 13,000 K 500s were built between 1933 and 1940.
Many were used as sidecar machines with the German army.
The 498 cc twin has a compression ratio of 5.6:1 and produces 16 HP @ 4550 RPM. It has a hand change 4 speed gearbox, which contains a separate chain for each of the speeds.
Weight is about 180 kilograms, top speed some 100 km/h.
This robust and well-engineered machine is unrestored and comes with new exhaust pipes and silencers.