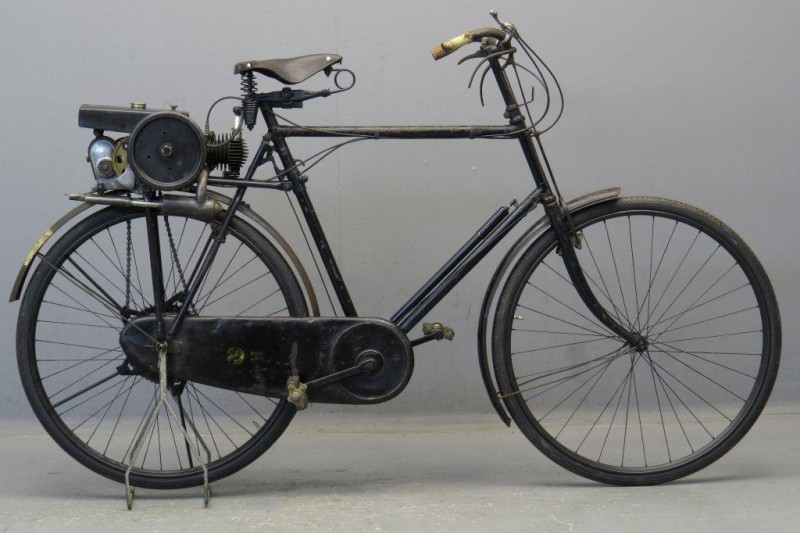 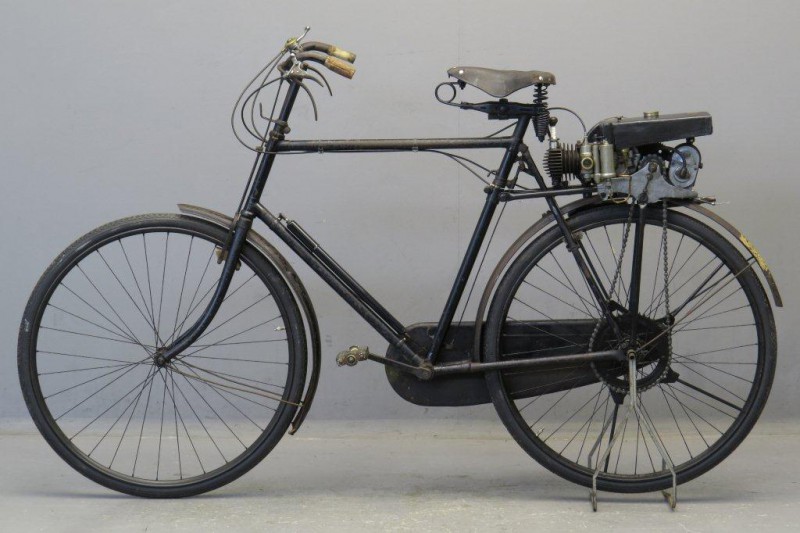 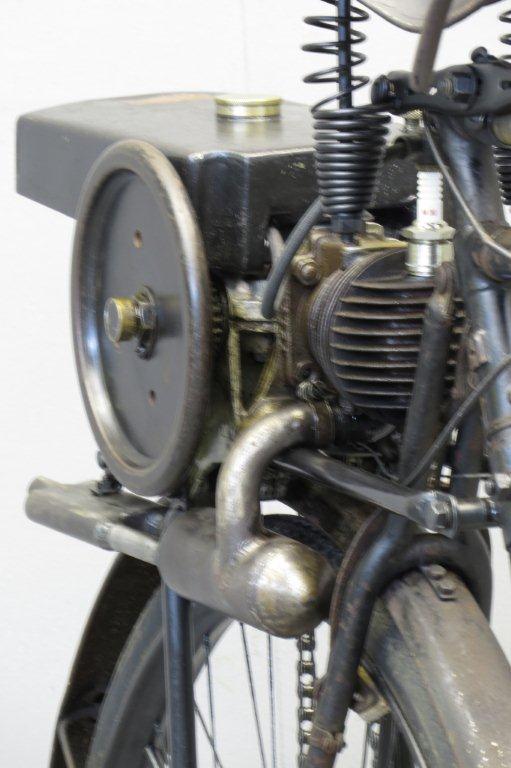 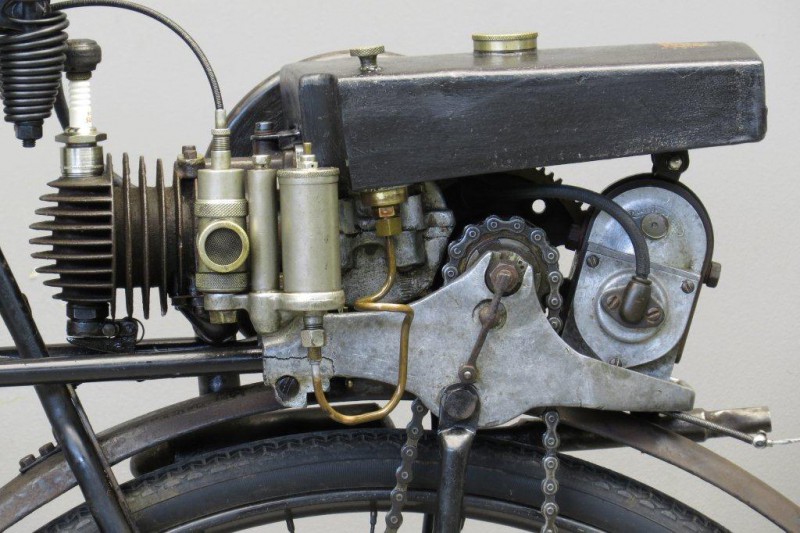 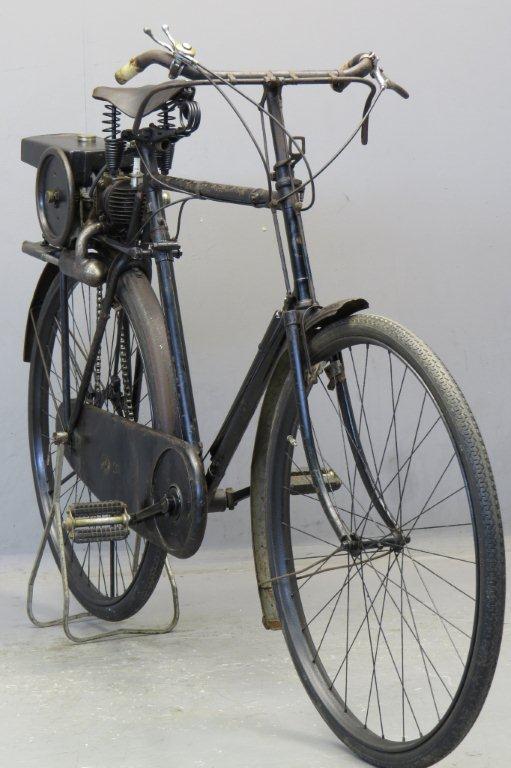 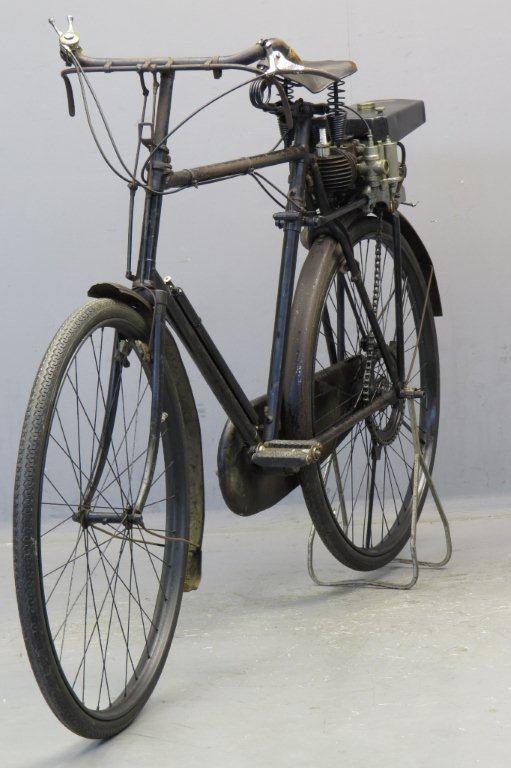 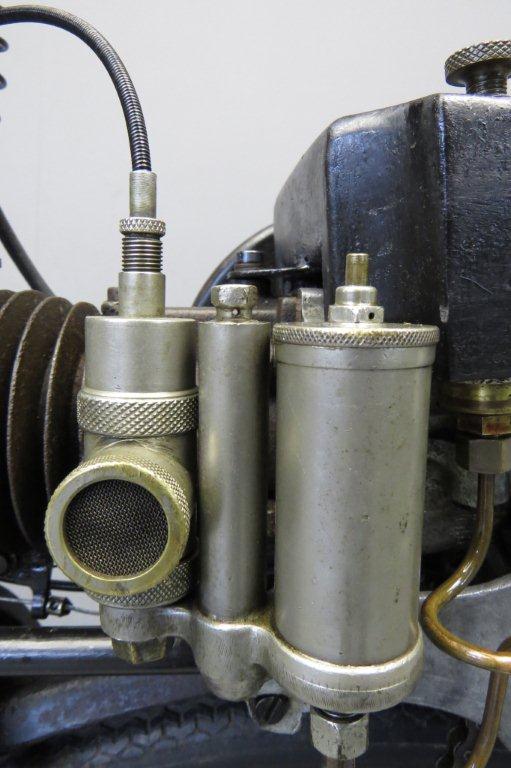 Like  most designers of auxiliary engines Hubert Henry Patrick aimed at the development of  a light engine that was cheap to produce, easy to operate and that could be fitted to both ladies’ and gents’ bicycles.
His  engine had already been  described in “The Motor Cycle” in 1915, but production started only after the war, in  October 1919.
The 2-stroke engine with revolving countershaft clutch weighs about 23lbs and is  mounted onto the bicycle rear carrier.
One innovative feature of the Simplex unit is the multiple-plate clutch, automatically operated in conjunction with the compression release. The rider therefore only needs one lever to stop and disengage the engine.
The rear wheel sprocket  is not fitted to the hub but  is connected to five radial “spokes” that  are fixed to the wheel rim.
(A bicycle with  Simplex engine  is featured in the book “Rijwielhulpmotoren”  that  pictures and describes  more than 175 different auxiliary engines and motor-assisted bicycles from the period 1871 – 2012.
These engines have been collected by    Dutch enthousiast  Jan Bosveld.
Every page describes another make or model, only the more well-known makes like  Berini, Solex and Mosquito are pictured on several pages.
Every model has a short but complete description (in Dutch)  and  the book is lavishly illustrated.
For more information: www.vintagemotorcyclebooks.com   ).
The Sunbeam bicycle is in good unrestored condition and this Simplex is a good runner.