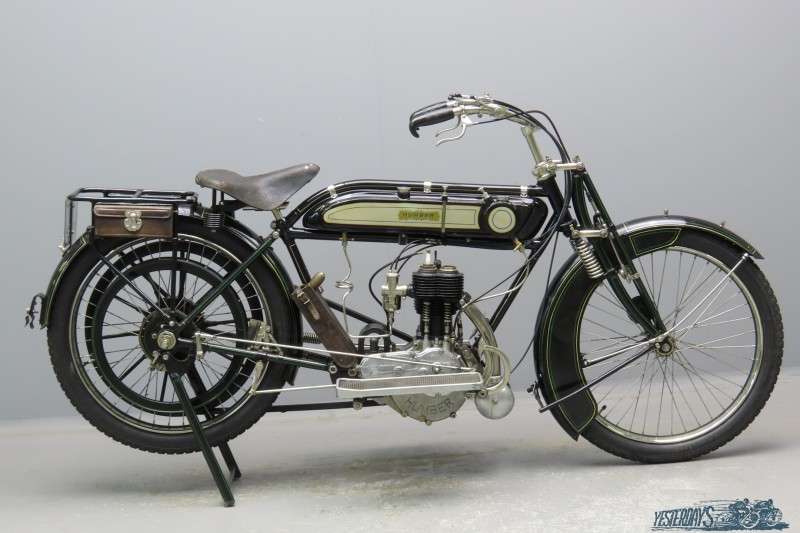 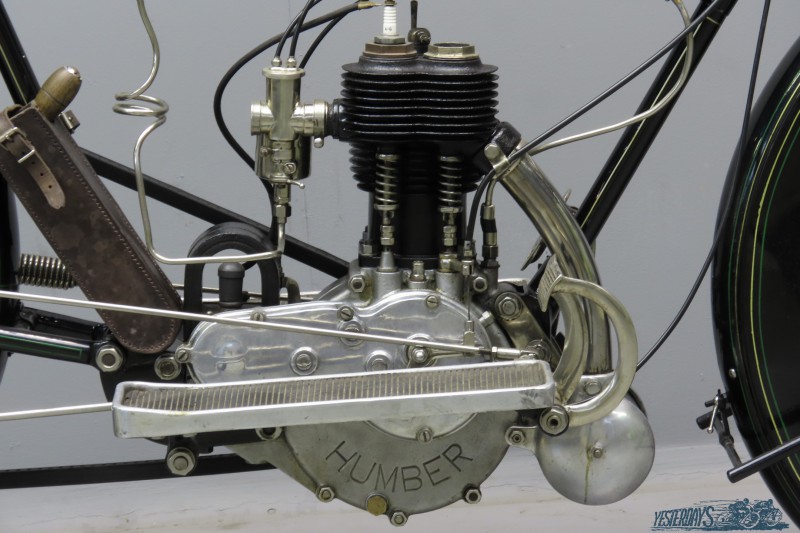 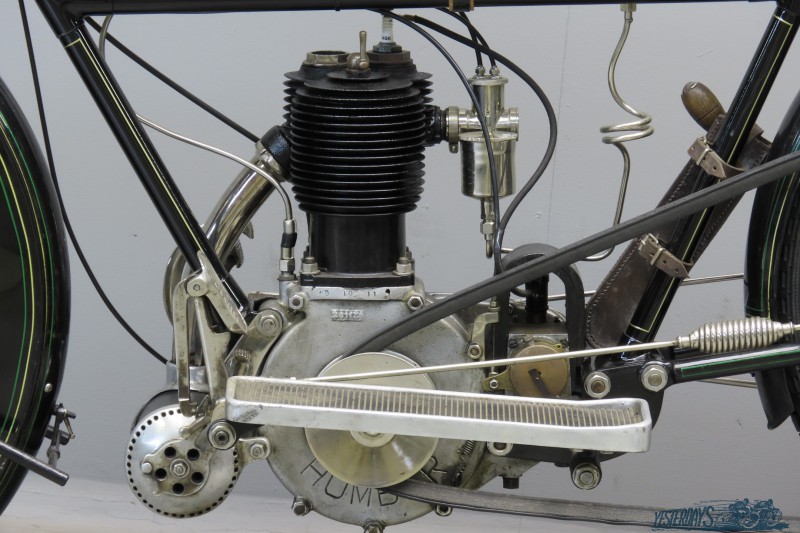 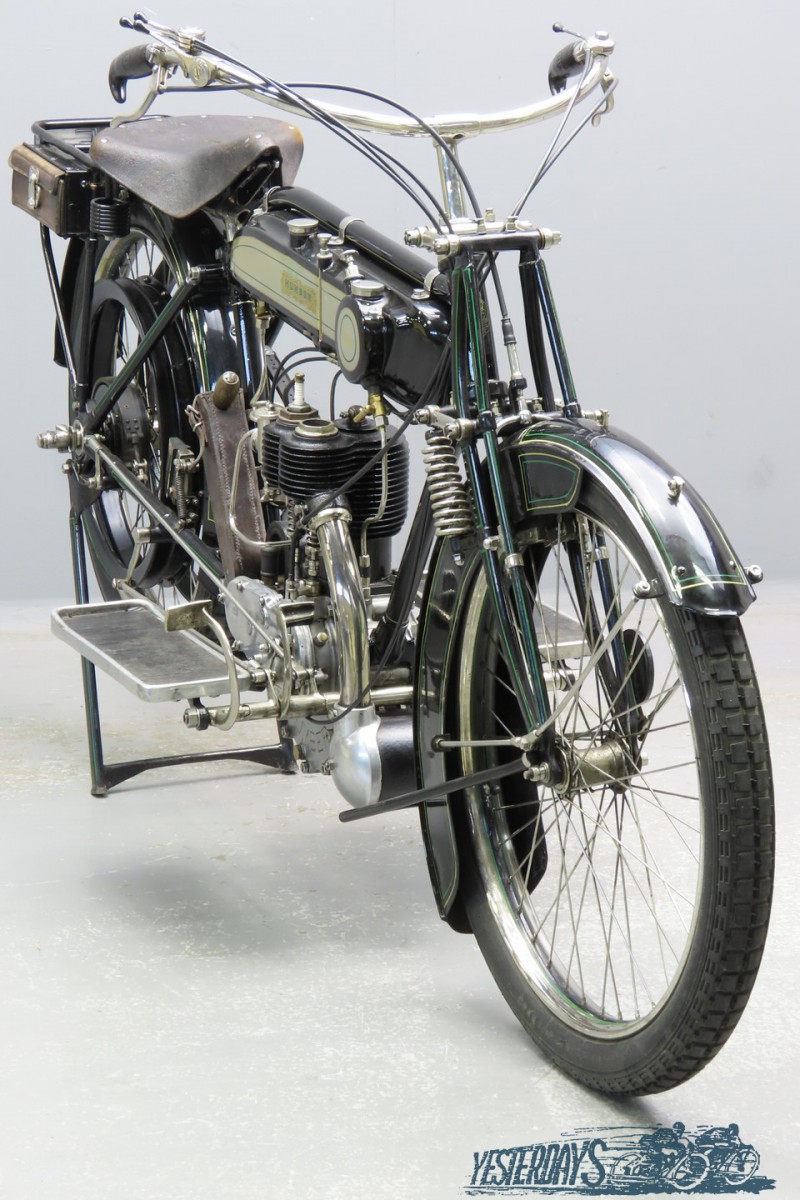 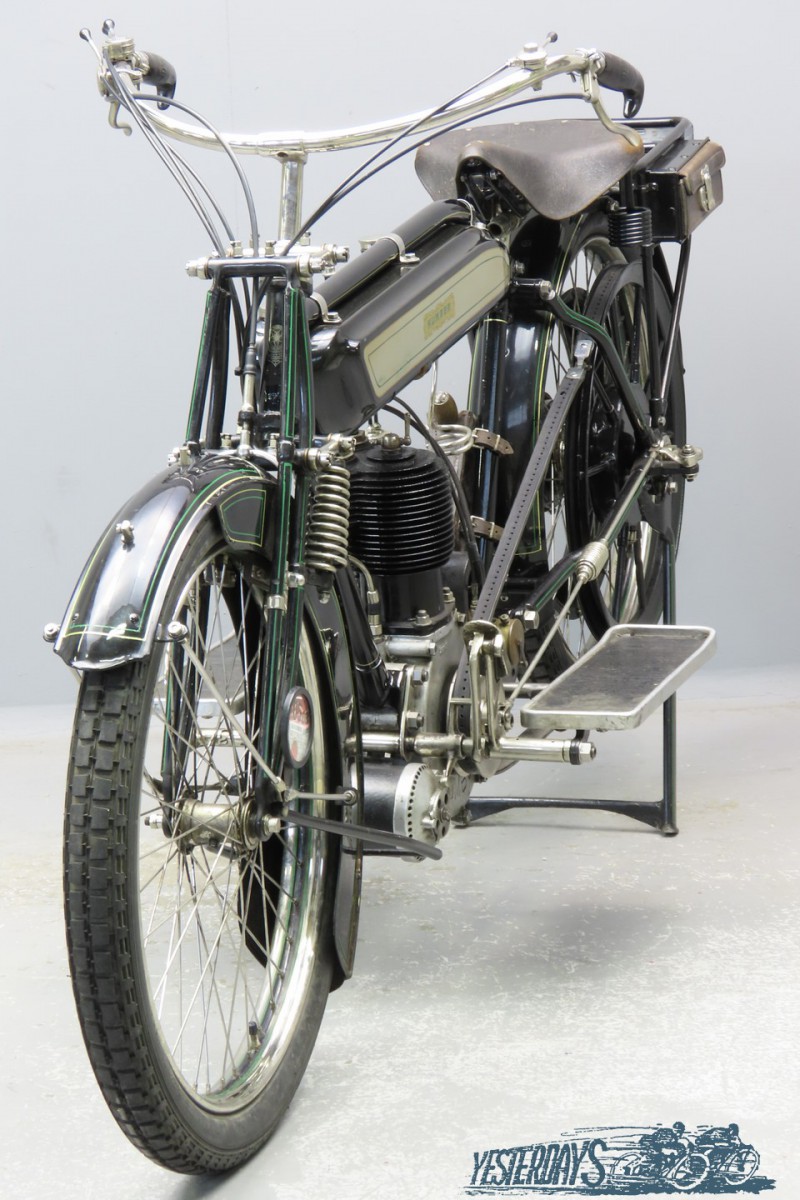 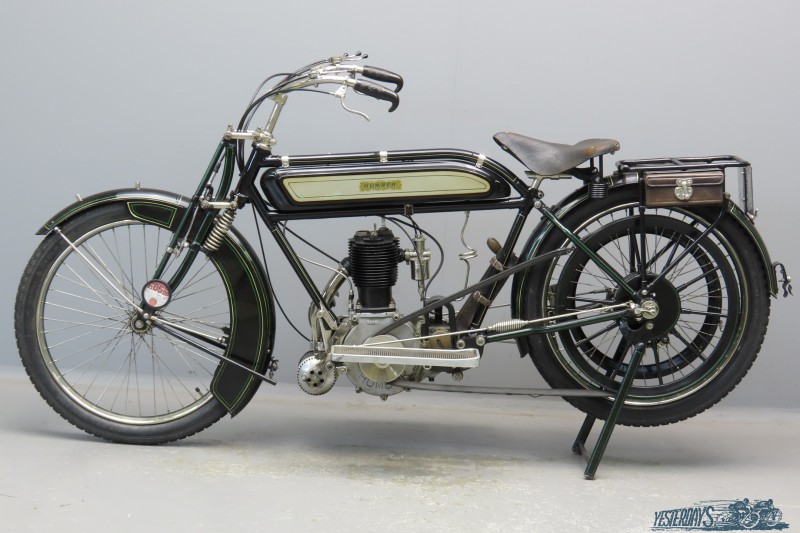 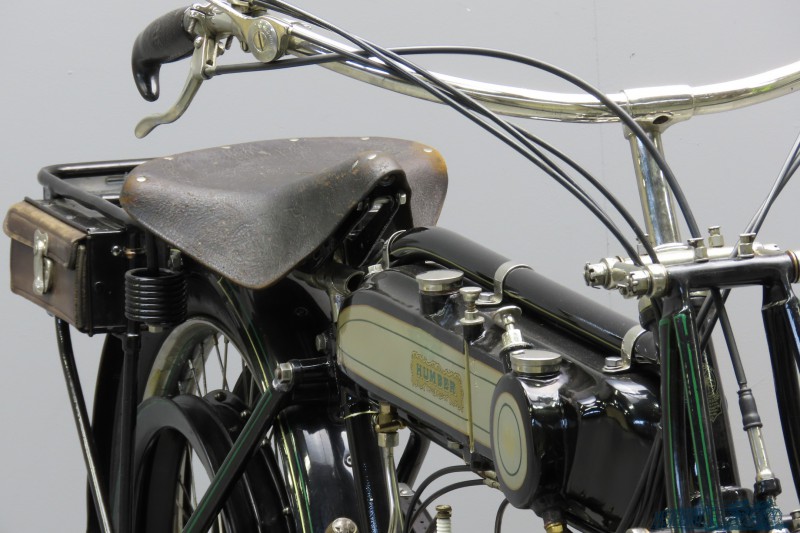 A Coventry firm with its roots in the Victorian bicycle industry, Humber began experimenting with powered transport in the closing years of the 19th century, introducing its first successful motorcycle -a built-under-license P&M – in 1902.
Because of the need to increase car production motorcycles were discontinued after 1905.
For the 1909 model year Humber came on the market again with a 3½ HP motorcycle, now fully of their own design and manufacture.
The engine had bore/stroke dimensions of 83×90 mm and was available with hand starting, footboards and two speed gear. An unusual feature of the machine was that the exhaust system was incorporated in the front down tube of the frame.
This typical silencer arrangement was abandoned the next year, but the system of starting the engine with a hand crank was a Humber feature for several years.
This machine was produced late in 1911 as a 1912 model.
The magneto has an inside date reference of June 1911 and the engine is coded 8-10-11.
New for the 1912 range were a redesigned engine with magneto behind the engine and a dropped “top rail” as the Humber catalogue put it.
This well-built veteran Humber comes with Free Engine clutch and Humber-ROC two speed gear in the rear hub, which makes it a practical veteran to ride.
She has been restored some time ago and is ready to be enjoyed.