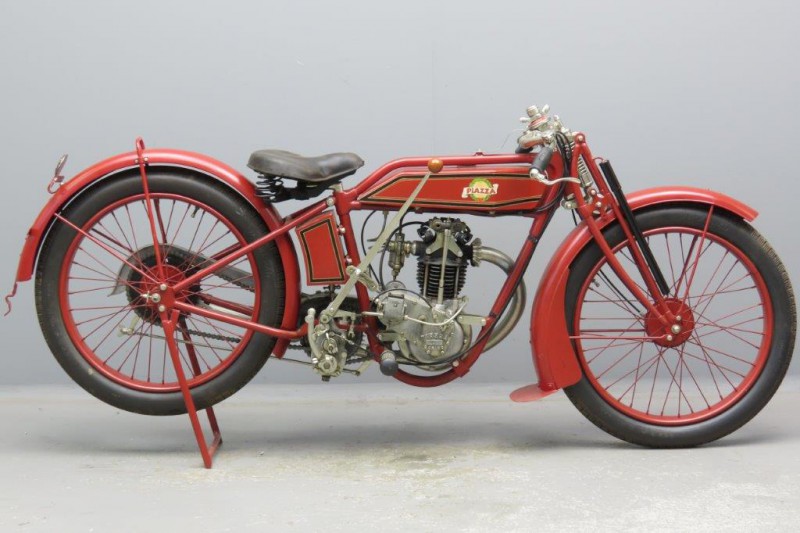 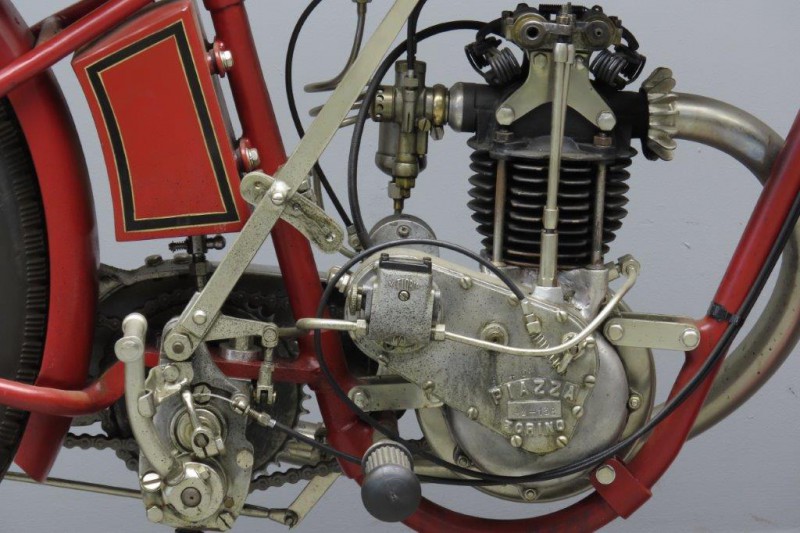 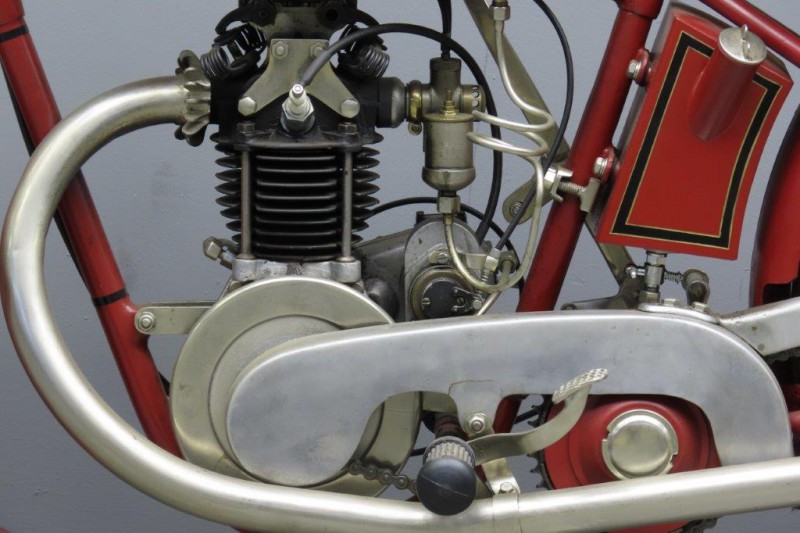 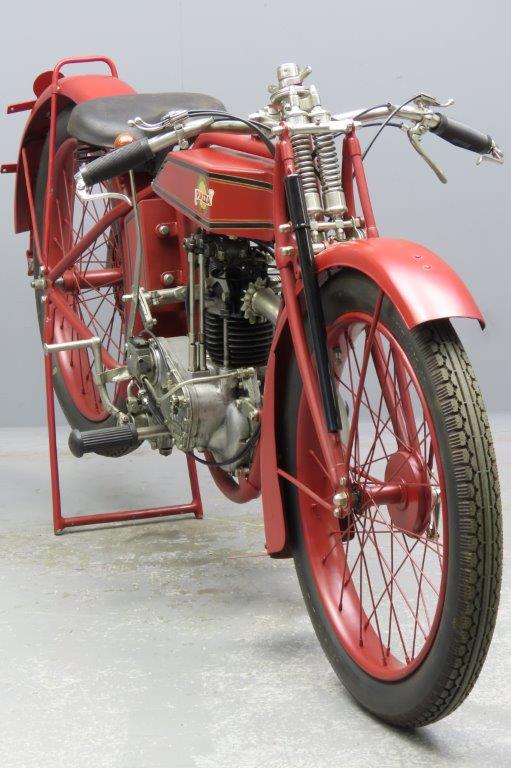 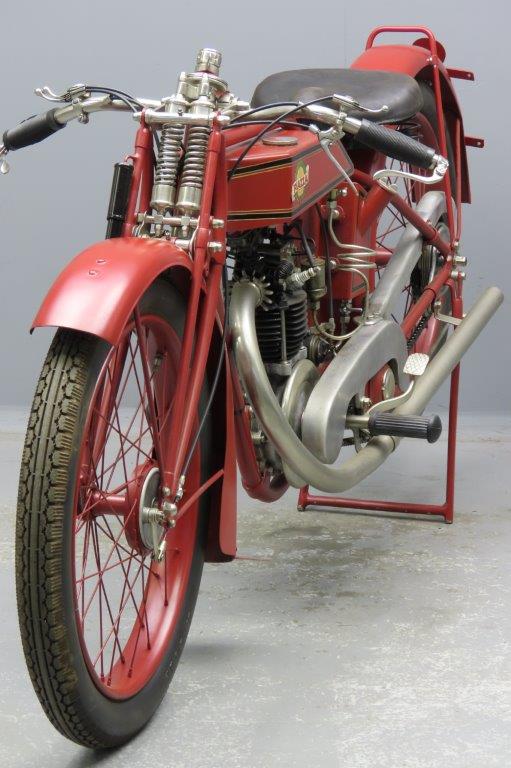 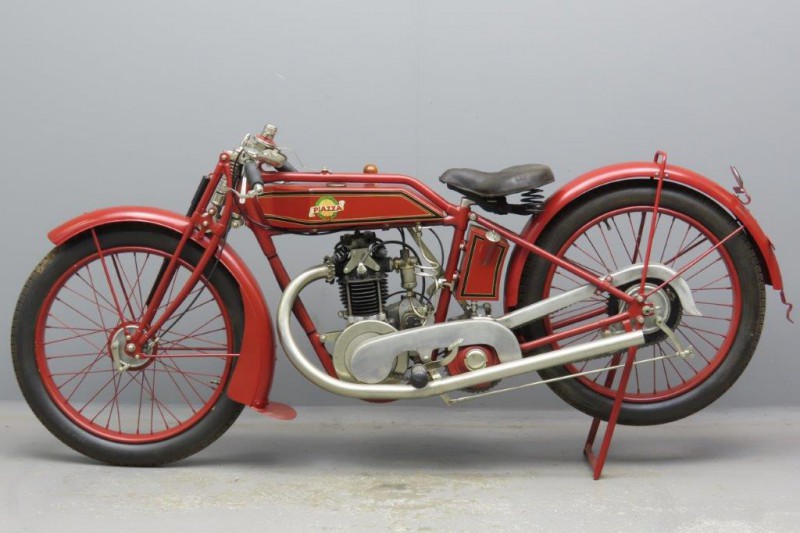 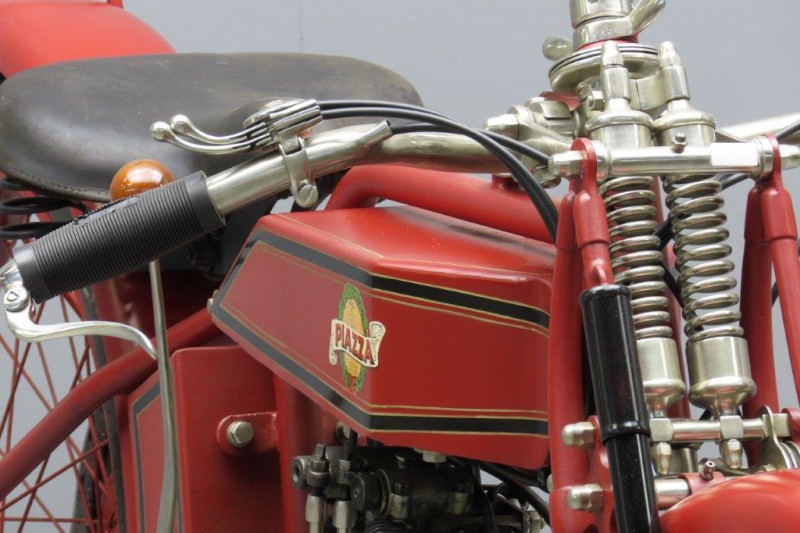 In 1924 Antonio Piazza with his sons Giovanni and Luigi started to produce light motorcycles at the Via Carena 10 in Turin, Italy.
Initially 124 cc two strokes with Eisemann magneto and Longuemare carburettor were manufactured but at the end of 1925 a new 174 cc (57×68 mm) OHV machine was presented.
Although all but ignored in the UK, the 175 cc class was very popular in many European countries before and after WW2, with many of the more sporting models offering ‘250’ levels of performance in a ‘125’ size motorcycle. Racing successes in the 175 cc class tempted many enthusiasts to choose for such a light, agile and amply powerful machine so many manufacturers were active in this class.
Piazza also offered the 174 cc in side valve guise and expanded its range in the early thirties with 220 cc and 250 cc models and even ventured into the 500 cc class when they marketed a 499 cc OHV “Corsa” in 1934. Production ended around 1936.
This rare and eye-catching sportsman’s machine has been restored a number of years ago.
Note the interesting front suspension system with double springs.
She is fitted with outside flywheel, Sturmey-Archer gearbox, steering damper, straight through exhaust, Vittoria mechanical oil pump and Gurtner carburettor.